Home About Us History of Bolsover Cruise Club

We were different from the beginning.

We found our feet in the Swinging Sixties, launched by the late grandfather of today’s directors at the height of what would come to be known as the ‘Golden Age of Travel’. The world had opened up and we wanted to show it to you, one holiday at a time.

Back then we were Bolsover Travel and by the late 1970s we had become a real family affair. The business passed down into the capable hands of Derek and Audrey Wilson, who were soon joined by son and daughter, Michael and Julie. Almost 50 years later, they’re still at the helm of what you now know as Bolsover Cruise Club.

From humble roots, we’ve grown to become the biggest in Britain. Ask Derek how we came to be the UK’s favourite and he’ll tell you the story of a Sunday morning that paved the way for the brightest future.

It started with an inkling that the cruise market was set for big things. Ever ahead of the curve on travel trends, Derek took out a tiny ad in the local newspaper that Sunday in the 1970s, expecting a couple of enquiries from intrigued clients. What happened was a queue around the block and a phone which rang off the hook all day. And the day after, and the day after that. We didn’t know it then, but it would be the beginning of Bolsover Cruise Club as you know it today.

We’ve done a lot in those five or so decades since. We’ve worked our way through awards cabinets as our catalogue of accolades grew; 33 consecutive years as the UK’s ‘Top Independent Agent for P&O Cruises’ has seen many additions to it alone, but we’ve won hundreds of awards over the years.

The future of Bolsover Cruise Club

We’ve grown from a smidgen of a local shop to a vast, purpose-built Head Office that’s unlike any other in the UK. Just off junction 30 of the M1, The Cruise Centre is the beating heart of  our operation, as well as a place for us to book your holidays face-to-face, coffee in hand.

We’ve made hundreds of thousands of holidays happen, showing you the world by ship for decades. We’ve come a long way in all those years and we’re as different now as we were then. We still handpick our Cruise Experts based on their passion for travel and a love of life at sea; they’re cruisers too. Through them, we show you the world as you’d like to see it, on holidays designed around the things you love to do and see.

Fifty years after we started, if you strip it all back and take away the awards and accolades, we’re here for the very same reason as we were back then – to show you the world. 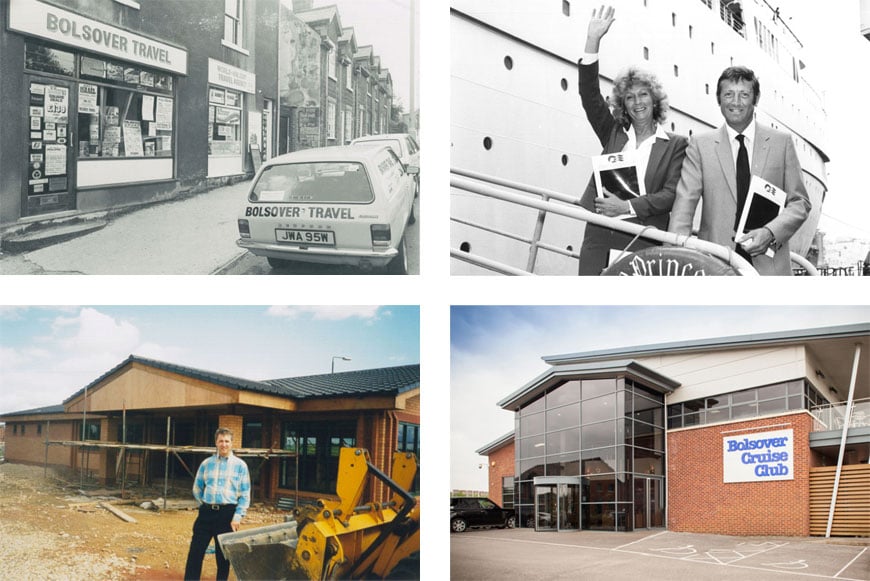