10 Greek Lunches Worth Skipping Breakfast For

Greece has it all; sun, sea, sand, tons of the blue domed, whitewashed churches that dominate the Mediterranean holiday brochures and of course, ouzo by the bucket. And then there’s the food. Now, we’re not ones to miss a meal, but if you’re cruising around the Grecian coast and its Ionian islands this summer, it might just be worth cutting back on breakfast and saving yourself until lunchtime instead.

Here are the ten Greek lunches worth skipping breakfast for, so loosen your belts or slip into your week two all-inclusive trousers; we’re going in!

Cheap eats in Greece don’t come more delicious than the gyro, a far tastier and much less questionable version of the kebab we’re more accustomed to tucking into after a big night out at home. Juicy rotisserie cooked lamb or pork is layered with fresh tomato, red onion and a generous blob of garlicky tzatziki, before being wrapped in a warm pita. If you’re tempted to peel away the waxy wrapper it’s handed to you in, don’t; you’ll need it to stop those lovely meat juices running straight down your chin and onto your new holiday top. 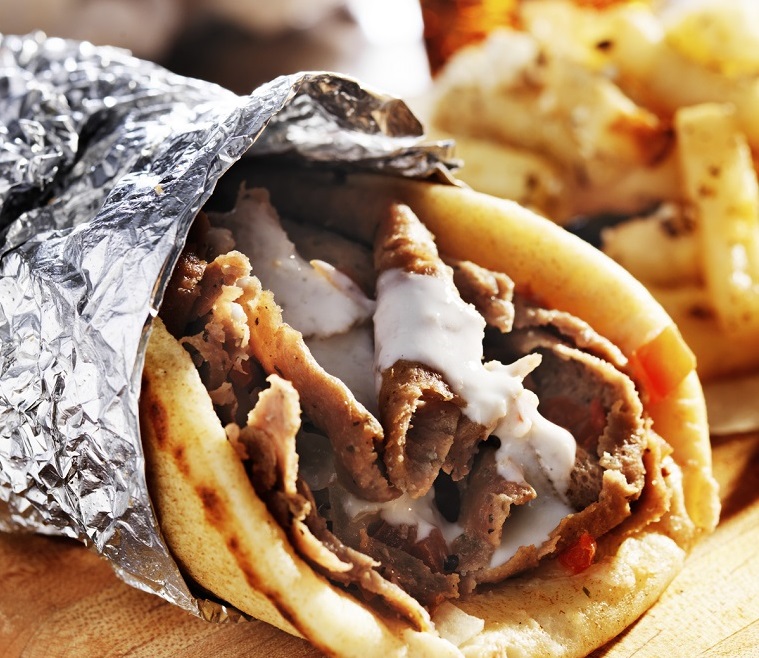 The aforementioned tzatziki (pronounced zat-zee-key) deserves a spot all for itself. Five very simple ingredients make up this side – Greek yoghurt, cucumber, garlic, dill and a glug of olive oil – yet the result is a billion times better than the version you’ll find potted up at the supermarkets here. Use your hands to scoop the tzatziki onto chunks of bread or barbecued meat, or spoon it liberally over your salad. Better yet, just spoon it directly into your mouth. 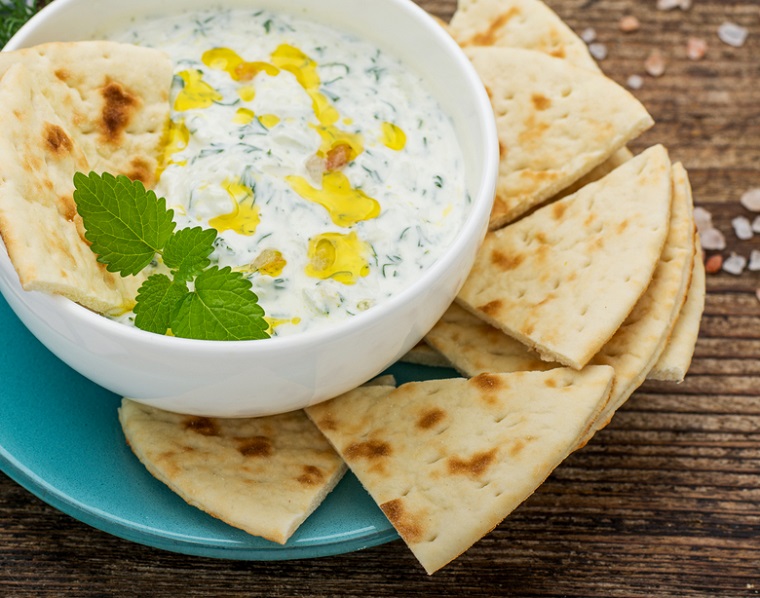 The moussaka is a signature dish which is often replicated outside of Greece, though never bettered. Think lasagne, with the pasta replaced by slices of soft, juicy aubergine, then layering with lashings of minced meat (often lamb), béchamel sauce and handfuls of cheese. Waistline friendly it is not, but it is delicious and you are on holiday after all. 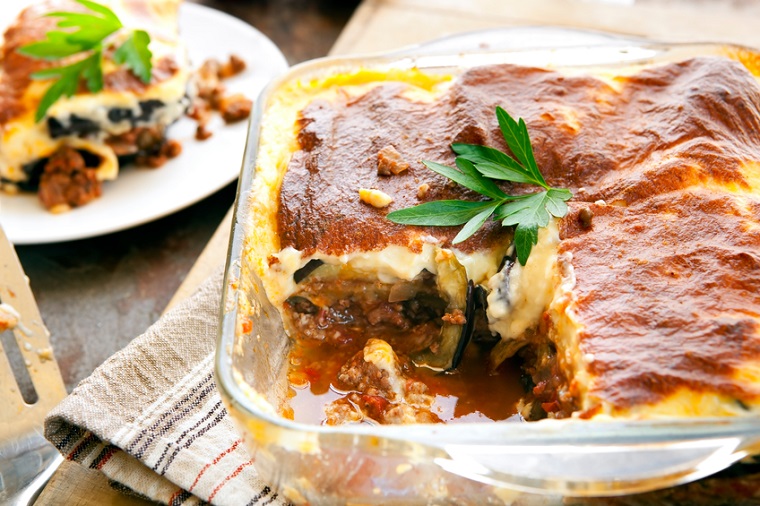 To those in search of more virtuous holiday eats, we introduce the Greek salad. Another dish which is often recreated but never reaches the same highs as when enjoyed in the cool walls of a rustic Greek taverna, the recipe is a simple one; cucumber, red onion, olives and a great big hulking slab of feta cheese, finished with a drizzle of olive oil. Simple as it may seem, be warned; it’ll taste nothing like the same when eaten anywhere that lacks 30-degree heat and perfect views. 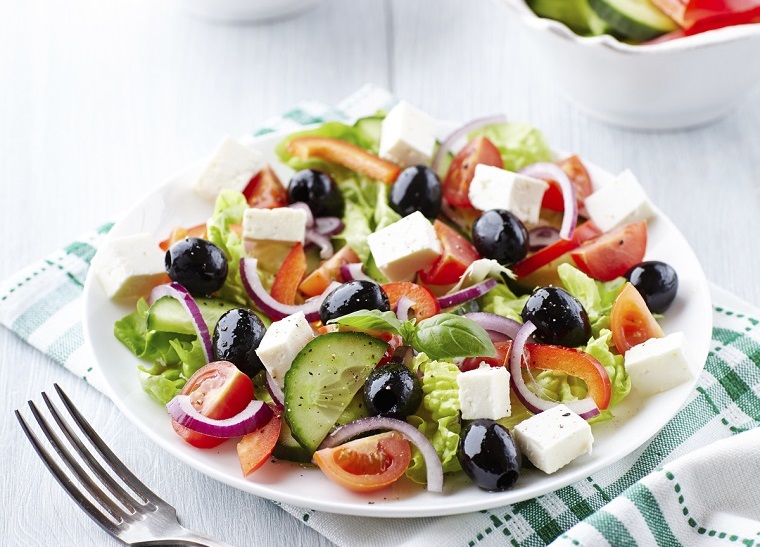 Cheese never ceases to please (did you know we moonlight as poor poets in our spare time?), so throw oodles of the stuff into a filo pastry pie with a little spinach, and you’ve got the recipe for a crowd pleaser. Spanakopita takes the salty kick of feta and crams it into a crispy filo pocket, in turn creating a memorable meze when eaten individually or a light lunch when, you know, you eat seven in a row. 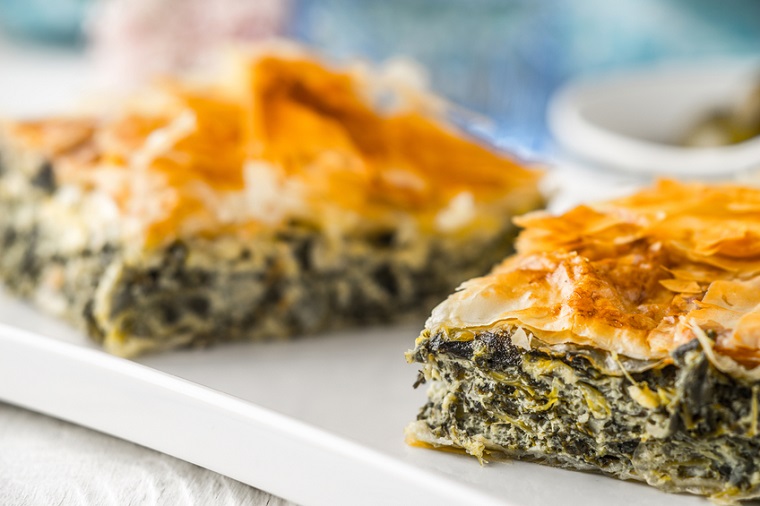 Yes, more cheese. No, we aren’t ashamed. The only thing that can make spanakopita better is to remove the green stuff and replace it with even more cheese. Don’t judge, we’re on holiday. These hand-held pies make for a great snack as you duck in and out of Greece’s best attractions, and are well worth the crumbs of crispy golden filo that invariably gather down your chest. 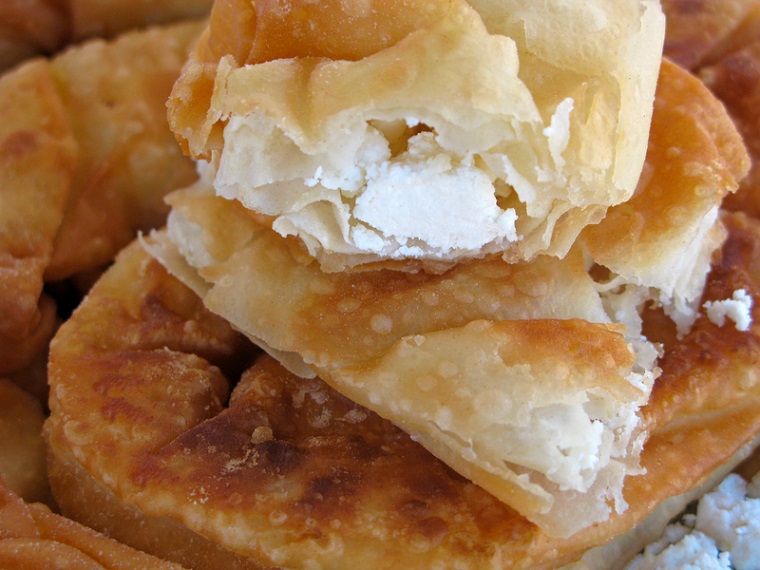 Stuffed grape leaves neither look nor sound appetising but oh, they are. The grape leaves are stuffed with rice, pine nuts and various fresh herbs, before being left to simmer for almost an hour in olive oil-infused water. The process is a painstaking one but don’t worry about that, because you’re on holiday and it isn’t your turn to cook. All you need to do is roll up your sleeves and tuck in. 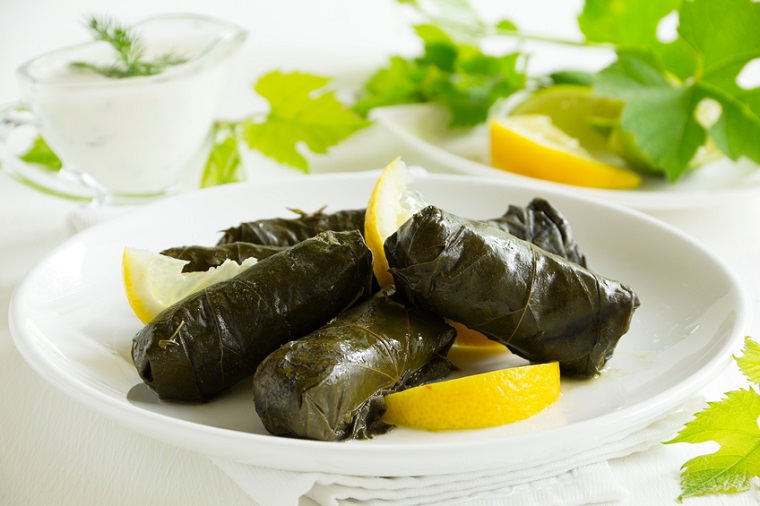 And so we move on to satisfying that sweet tooth. Ring the dentists and book in a check-up for the day you return, because Greek deserts are sweet enough to make Jamie Oliver and his sugar tax spontaneously combust.

Baklava is the most famous of the lot, cramming that Greek favourite filo with various nuts, cinnamon, cloves and honey. Sweet, sticky, fattening and amazing, the Greek delicacy is worth every single calorie (and there are many).

Warning! Do not be tempted to order more than one piece of baklava upon seeing their often small size; the desert is incredibly rich and more than one promises a case of ‘eyes bigger than your belly’. 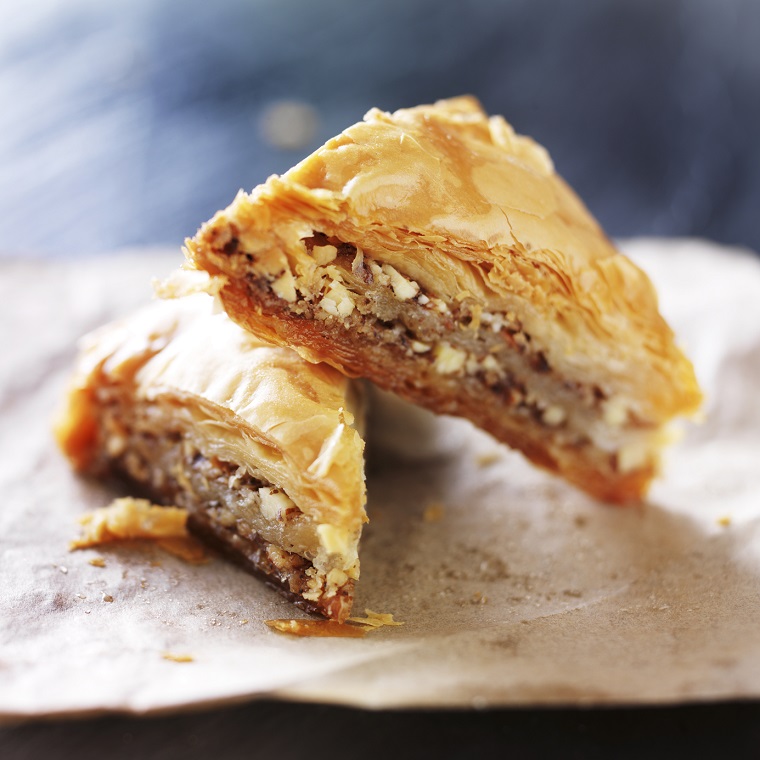 Yes, filo again. They love the stuff. This time it is filled with a smooth, creamy semolina custard, baked, then coasted with ladles of syrup. Those who are worried about getting their five-a-day will be relieved to hear that it is also often served with a choice of lemon or orange syrup too. 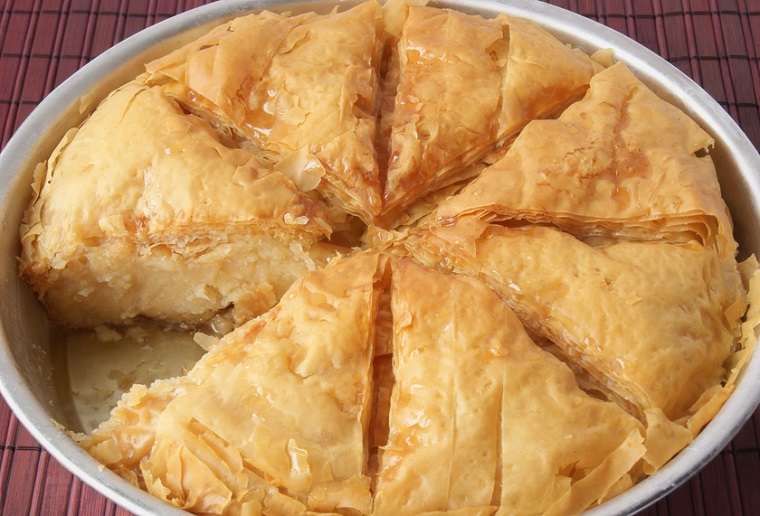 Hold onto your teeth – we told you they don’t hold back on the white stuff! If you have ever looked at the traditional ring donut and wondered how you could make it sweeter and far more fattening, just ask the Greeks. They have taken the already deep fried dough balls and smothered them in syrup, plus a sprinkling of cinnamon for a little extra spice. We’re not proud to admit that we love them even more than the originals. 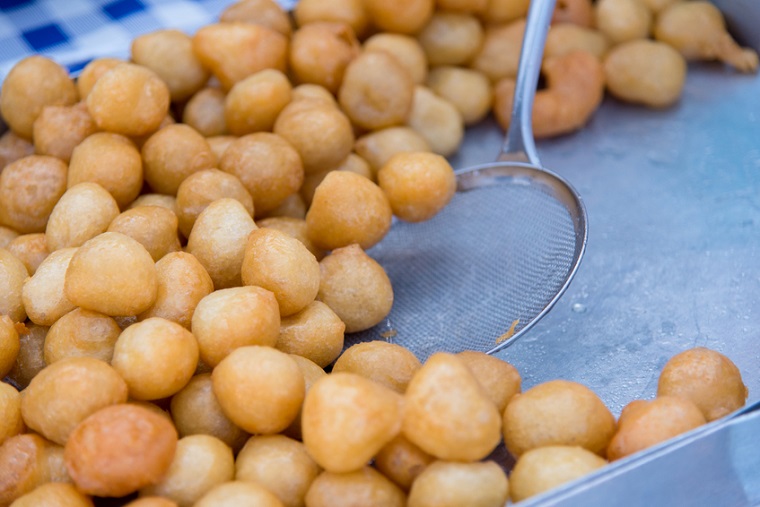 Are your headed for the Mediterranean on a cruise to Greece this summer? Let us know which of our suggestions you tick off along the way (but don’t be billing us for the gym membership upon your return!).