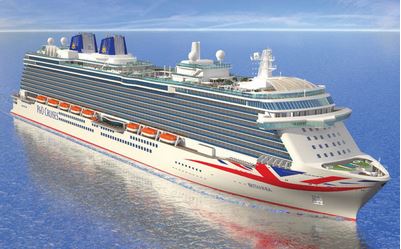 We know that every year is exciting in the cruise industry, with new itineraries and fantastic ship upgrades to look forward to, but we really think that the 2014 – 2015 season is going to be the best yet. We’ve already started to see some minor changes to how sea travel is both managed and perceived, but over the coming year we’ve been promised some absolutely epic developments, including breath-taking new ships, awe inspiring ports of call, and even once-in-a-lifetime opportunities to take part in some of the biggest events in the cruise calendar. Here are just a few exciting new innovations and revolutions we can look forward to within the next 12 months and beyond:

There seems to be a never ending list of new ships on the horizon, all of which are promising to offer the ultimate cruise experience. Ranging from completely new concepts to upgraded versions of ships that are already proving popular the world over, cruise passengers will have more choice than ever before, regarding not only the ship, but also the cruise line. Keep an eye out for the following ships setting sail shortly:

We were already enthusiastic about P&O’s new ship, Britannia, arriving in 2015, but we’re even more eager to set sail following the recent big announcements. With more dining options, including cuisine under the direction of celebrity chefs such as Marco Pierre White, Atul Kochhar, Eric Lanlard and James Martin, airy and spacious public areas, and proudly showing off the updated P&O livery design, Britannia is one of the most eagerly anticipated additions to the UK cruise industry.

If you simply can’t wait until next year, then don’t worry – there are plenty of new ships to choose from in 2014, including the magnificent Regal Princess. Princess Cruises are focusing upon everything ‘big’. The new vessel will hold more than 3,500 passengers, include a gigantic atrium, and will include Princess’ biggest ever pool deck. Regal Princess is pushing Princess Cruises into the ‘luxury cruise’ industry by boasting balconies on all outside cabins. 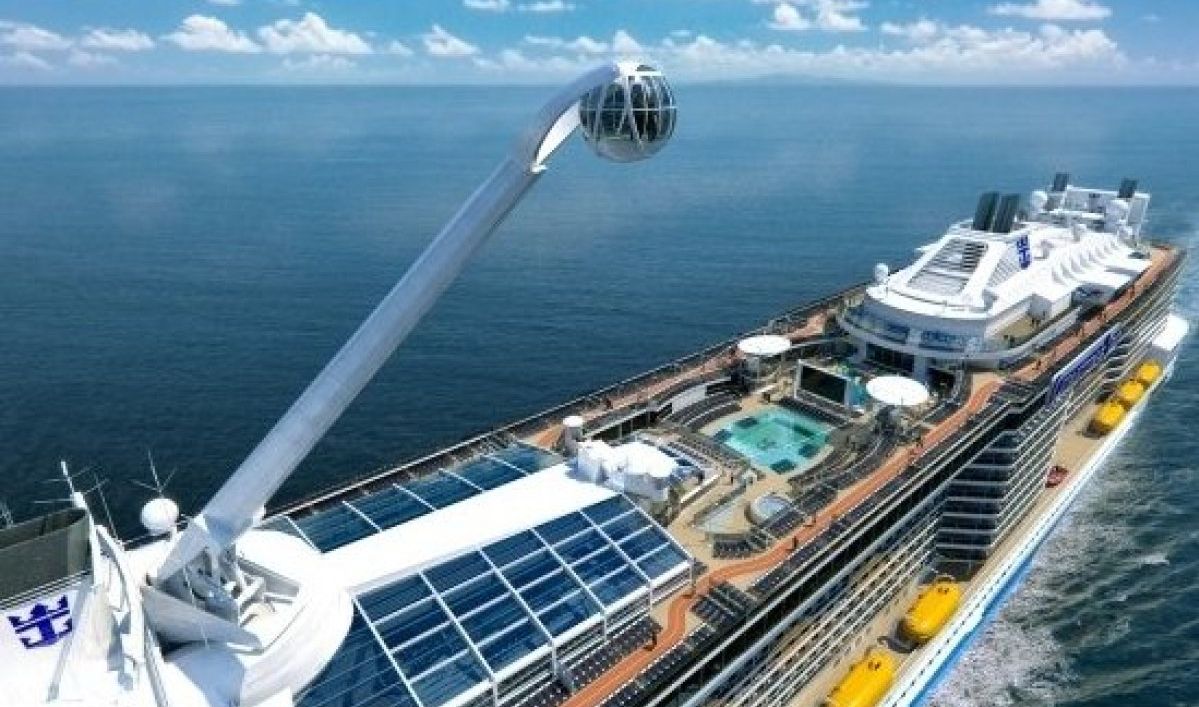 Royal Caribbean has not one but two new ships due to set sail in the near future, with a rumoured third ship launching in 2016. Quantum of the Seas and Anthem of the Seas, sister ships, will be setting sail in 2014 and 2015 respectively, and are hoping to reinvent cruise travel with a whole host of “firsts at sea”. The first sky diving simulator at sea – Ripcord by iFly, the first suspended viewing capsule – North Star, and even the largest activity complex featuring bumper cars and a floating DJ will be just some of the amazing new features Royal Caribbean passengers can enjoy. 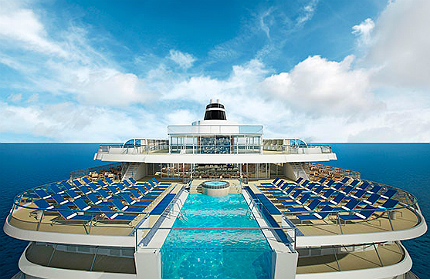 Not only is this a brand new ship, it’s also a brand new cruise line! Currently known for its range of luxurious river cruises, the Viking brand is branching out, and will be starting ocean voyages on board Viking Star in 2015. Offering the classic small ship experience that Viking River Cruises is known for, Viking Star will hold less than 1000 passengers, and will offer sailings around the Mediterranean and Northern Europe during her first season in service.  The images released so far look stunningly beautiful and she is expected to be the first ship at sea ever to boast an infinity pool over the after of her lido deck; she certainly looks impressive.

You spoke, and they listened! Larger numbers of cruise passengers want more time and greater opportunities to fully explore the world’s most fascinating and culturally diverse regions, and there appears to be a very definitive focus on new destinations, varied and unique excursions, and even elongated stays in port during the coming years. If you love shore days, here are some of the most intriguing changes happening within the coming year:

Currently, Africa is a largely undiscovered cruise region. While South African ports such as Cape Town and Moorish ports such as Casablanca are relatively common, there have been few opportunities to discover much more of this complex and beautiful continent. From September this year, Holland America are set to boost Africa’s reputation as an amazing cruise destination, with a range of 35 to 83 night cruises from the UK taking in the likes of Walvis Bay, Namibia, and Banjul, Gambia.

Azamara Club Cruises have introduced ‘destination immersion’ on their cruises, meaning that they spend more time in port than any other cruise line in operation today. With more overnight stays in exotic destinations around the world, passengers will not only have more sightseeing opportunities, but also the chance to experience the best of the nightlife, including world famous attractions such as the Mikhailovsky Theatre and the bright lights of New York. The ‘AzAmazing Events’ for 2014 are sure to be extremely popular and offer passengers once in a lifetime experiences in port.

Celebrity Cruises recently announced that they would be expanding their shore excursion offerings with the help of adventurer Ben Fogle. The aim of these excursions is to offer a much more local experience, away from the tourist atmosphere. So far, Celebrity Cruises have announced thrilling trips including salmon snorkelling, archipelago kayaking, and gastronomical city tours that will leave you craving more.

A Year of Events 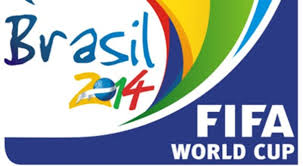 The introduction of new ships, new itineraries, and new destinations has coincided with a number of important events in the cruise calendar which is set the make the 2014 – 2015 season even more electrifying. Cunard Line is celebrating a number of events both this year and next, including the Queen Mary 2’s 10th anniversary, and the 175th birthday of the cruise line. Passengers wishing to join in with the celebrations can book the QM2’s special anniversary transatlantic sailing between Southampton and New York, which will set sail on May 9th 2014, or take a trip to Liverpool to see all three Cunard Queens gracing the River Mersey on May 25th 2015.

Sports fanatics have got plenty to look forward to this year, including the Monaco Grand Prix and the World Cup in Brazil, and many cruise lines are offering itineraries designed specifically to allow travellers to make the most of these amazing events. Azamara Club Cruises, for example, are offering 4 night voyages around Monaco, Italy, and the South of France during racing season, with both Azamara Quest and Azamara Journey tendering in Monte Carlo on the big day. Similarly, MSC Cruises are offering trips from Miami to Rio de Janeiro via the Caribbean, arriving into Brazil in time for the World Cup. Both P&O Cruises and Cunard have put passengers fears at ease that they’ll miss big sporting events such as Wimbledon and the FIFA World Cup with live screening of both throughout the summer season.

Just because we’re back home after an incredible holiday doesn’t mean we don’t have anything else to look forward to. In fact, there are changes happening right within your own living room that are well worth getting fired up about. The online cruise community is expanding quicker than ever before, with communities such as the Cruise Club Forum boasting more than 4000 members keen to share travel stories, photos, and experiences with other like-minded cruise lovers. The Bolsover Cruise Club ‘Into the Blue’ magazine is once again expanding this year to include more editorial articles than ever before, giving readers a greater insight into the world of cruise.  The magazine continues to feature in-depth interviews with leading industry figures such as P&O Cruises Marketing Director, Christopher Edgington. The 2014 – 2015 season is gearing up to be incredibly exciting and we cannot wait. Can you?!