Find cruises to Paris sailing in 2021

Paris is the Arc de Triomphe and its roundabout lanes, laced with classic Porsches and utilitarian Citroen 2CVs. It’s juvenile excitement as a sparkle overwhelms the Eiffel Tower on the hour, every hour. Paris is red helium hearts at the Trocadero, poised for the pop of a question, and it is admiration at the audacity of building a luminous pyramid in the courtyard of a royal palace on the Right Bank. Once tasked with protecting the city, the one-time fortress better known as the Louvre now guards the world’s masterpieces under the watchful glare of the Mona Lisa. 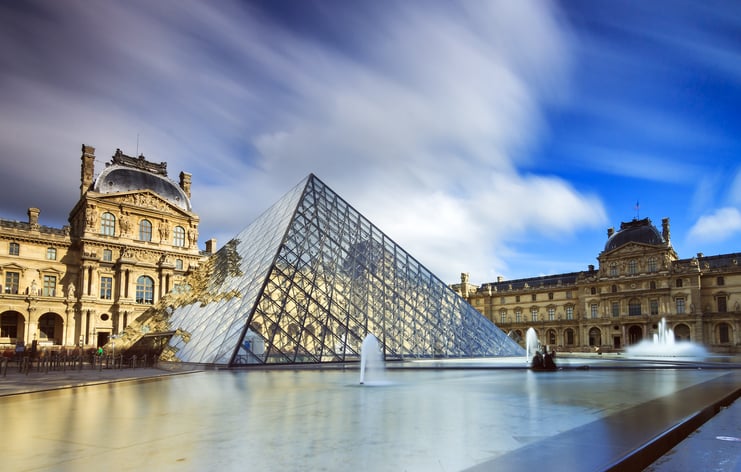 Paris is the locals. Gents with cotton napkins tucked into shirt collars, coats kept on. You notice them at dinner, eating alone with a look that says ‘I’m here for the food, not the company’, their cold soup complaints shrugged off by a laissez-faire chef uninterested in much beyond the countdown to an end-of-shift cigarette. It’s the grand dames, ladies diminutive and delicate, yet with a fire in their eyes and speed in their walk that tells you they take no prisoners. Their dogs are small, handbags boxy, jackets vintage Chanel and apartments stacked to the rafters with heirlooms and attitude. And of course, Paris is the beret. Not polyester, as on the swivelling stands of souvenir shops, but black wool like those which started out on the heads of peasants and made their way – via Edith Piaf and Coco Chanel – to the most stylish city dwellers today. Once you’ve found your own at Galeries Lafayette, look up at the stained-glass cupola befitting of any Italian landmark. Alternatively, source your accessory du jour at Printemps Haussman and look down from Perruche, the rooftop café with the best city views you’ll find anywhere for free. 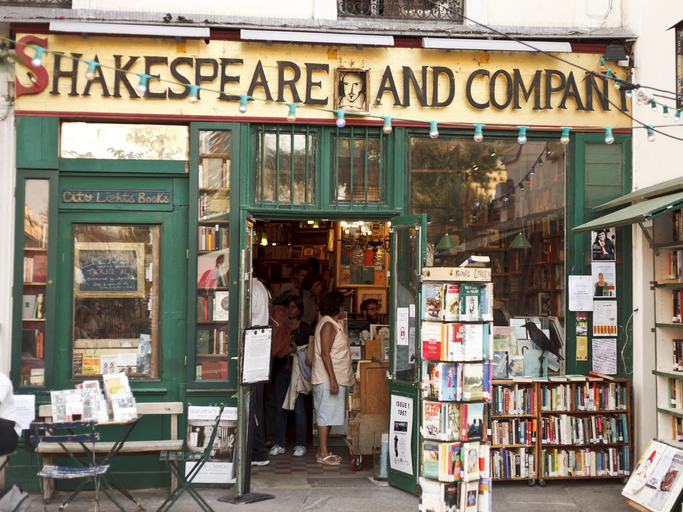 There are things you have to do when in Paris. You have to test the limits of your appetite and your waistband with buttery carbs, and you have to scour the shelves of Shakespeare & Co for the book that’ll become a souvenir once stamped at the till, as they have done for 70 years. Paying your respects by the regal resting places of Chopin, Jim Morrison and Oscar Wilde is a must. And whether you climb the 300 steps to the basilica of the Sacré Cœur or not, you have to spend some time window shopping the works of the artists who stand their easels in the Place de Tertre below. If it’s good enough for Picasso, Renoir, Monet et al…

Paris is still the city that art built and museum visits are par for the course. Of course you’ll do the classics, the Louvre, Musée d’Orsay and Grand Palais, but set aside time too for the nouveaux. 59 Rivoli sits somewhere between McDonalds and H&M on Rue de Rivoli now, but its story stretches back well before either came around. An illegal artist squat since the 1800s, it remained that way until 2001, by which time it had become the third most visited contemporary art centre in Paris. Recognising its appeal, and realising that it wasn’t going anywhere, the city eventually renovated the space and reopened it to the public in 2006. Now its warren-like rooms are a work of art in themselves, each one the studio and showcase of a different artist. With a smell of acrylics and creativity in the air, and an eccentric artist around every corner, it is bourgeois bohemia at its finest.

Le petit dejeuner done right is a silver platter of croissants, curves of flaking pastry, layered with butter and love like only a French baker knows how. It’s slithers of baguette, suitably crunchy to present enough of a challenge that you feel you have earned the doughy inside, smothered with salty butter and strawberry jam. And it is always washed down with thick black coffee and fresh orange juice. This is the Parisian staple diet that feeds the nonchalant attitudes and effortlessly lithe bodies we envy – those genes were made for opulence and excess – but attempt to recreate it at your peril. Leave it to Café Dupleix, where the white-shirted waiters are friendly and €8 will get you all of the above, with a smile. 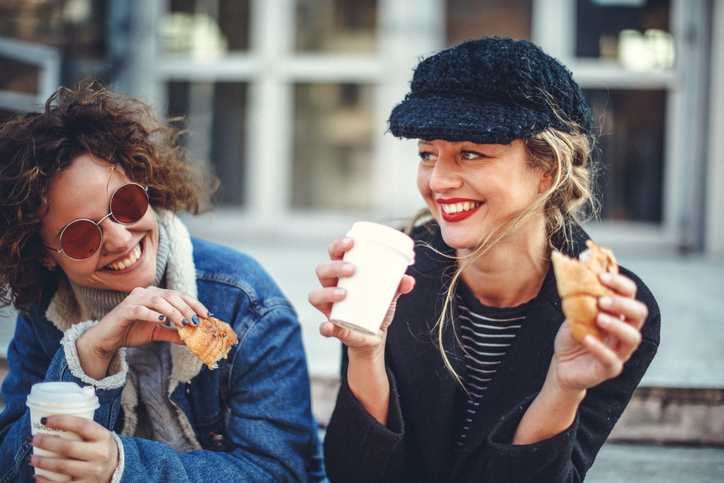 Once upon a time, Canal St Martin brought clean drinking water to Napoleon’s Paris. Now it serves some of the best food in the city. With a recent influx of creative professionals came restaurants to suit their more adventurous appetites and you can eat the world along this riverbank. But this is Paris and sampling the spoils of such a culinary wonderland means an unwavering resolve to tick off as many of the greats – the crêpes, cheeses, duck, pastry, pommes frites and boeuf bourguignon – as you can. Shoehorned onto the corner of Rue de Lancry, Lulu La Nantaise is the kind of place that leaves you dreaming of a simpler life where the name above the door is yours, along with the profits from a ‘quatre fromages’ crêpe laden with paper-thin duck breast and poached pears. But then the coffee is finished, the bill is paid, your coat is on and you’re back outside to the cold reality that the idea has all the longevity of a holiday romance. Regardless, the food is incredible, the dining room charming and the prices reasonable by any standards, let alone for Paris.

An ideal evening in Paris is spent at Septime. Sadly, the alchemistic Michelin-starred restaurant remains one of the hottest tickets in town and snaring a table before the destination foodies who flock there remains nigh on impossible, even eight years after it first opened its doors. But there are other options. The gloriously traditional Allard prepares classic French dishes heavy on flavour yet lacking unnecessary pomp and splendour. Bouillon Chartier is similarly simple in its ethos towards food, with terrines, escargots and steak frites on a menu of options that rarely breach the €12 mark. Since opening in 1896, the restaurant in a former railway station has only had four owners and the sense of tradition still lingers heavy.

While Paris has its fair share of rooftop bars (the popular Le Perchoir at Ménilmontant is top of the list if that’s what you’re after) this city is all about the péniche. For the most part, these floating venues on the Seine look like ordinary houseboats, but their deceivingly spacious interiors accommodate everything from theatres and cinemas to libraries, restaurants, bars and even uber eco-conscious food markets. Choosing between them depends what you want. For drinks, Rose Bonheur sur Seine is chic but laidback, bobbing alongside the famous Pont Alexandre III. For drinks with a little extra va-va-voom, Fluctuart, is managing to distract attention from the nearby Muséee d’Orsay and the Louvre as the world’s first floating art gallery. Past exhibitions in a constantly revolving line-up include Banksy and Swoon, while a pop-up cocktail bar promises masterpiece-worthy views from its rooftop. 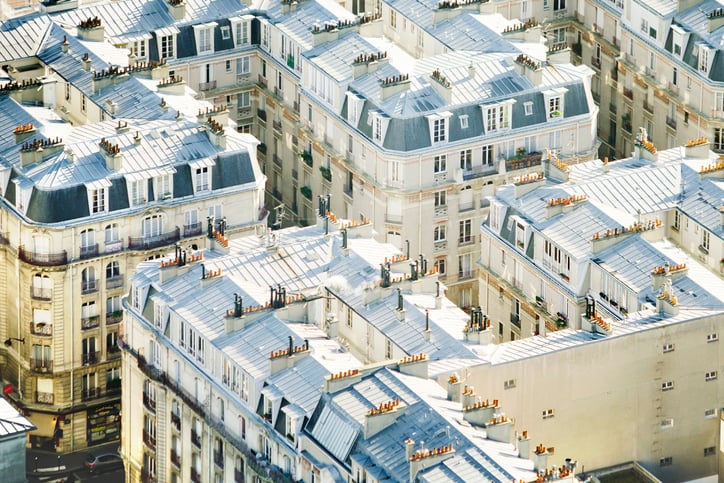 Finally, there is Angelina, the sweetest place in Paris. On a cold day in the city, a cup of gluttonous chaud chocolat from the world’s most famous tea salon warms from the inside out.