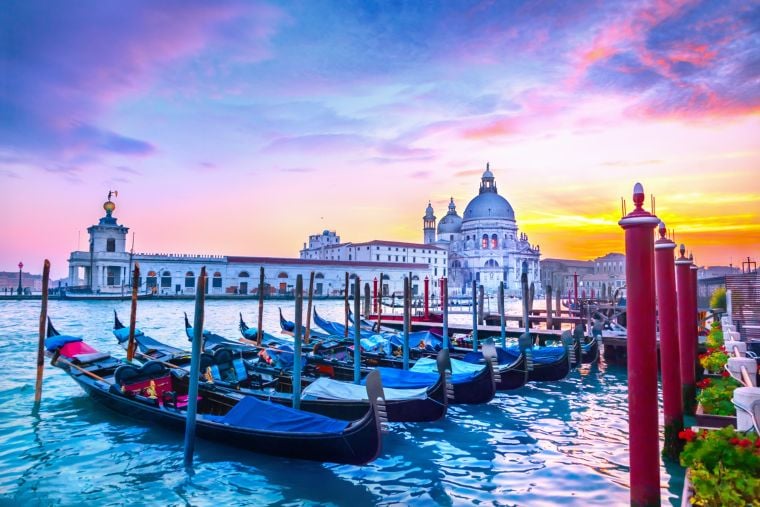 If there’s one place to which we can’t wait to return, it’s Italy. We’re desperate for that first sip of inky espresso and those plates of gloopy pasta licked with rich ragu. We’ll open doors to Renaissance masterpieces and spend time in town squares even Hollywood couldn’t do justice. We’re dreaming of Venice, La Serenissima, a city set upon a lagoon in the Adriatic Sea and Italy’s most dramatic escape. Here’s what we’ll do when we finally make it back.

Things to do in Venice

You can’t visit Venice without seeing its icons but it pays to be clever about the order in which you go about it.

St Mark’s Basilica doesn’t open for visitors until 9.45am but anyone is welcome to attend its atmospheric Holy Mass. Mass celebrations are held hourly until 11.00am, however it is the early 7.00am and 8.00am gatherings which will see you beat the crowds. By the time 9.45am rolls around and St. Mark’s opens its doors to general visitors, you will already have moved on to nearby Doge’s Palace and the Torre dell’Orologio, putting you one step ahead of the crowds.

Head further east from the Doge’s Palace region and you will find yourself in the largely residential district of Castello. Gondolas are replaced with small private boats here and washing flaps in the wind above the canals, hung out by the same locals you see dipping into bars and bookshops as they go about their daily lives, something rarely seen in central Venice. Despite retaining such an authentic local feel, Castello is home to some of Venice’s most important attractions, including the Scuola di San Giorgio degli Schiavoni and its collection of Vittore Carpaccio paintings. The diverse district also incorporates the Arsenale, Venice’s ancient naval shipyard, and the Napoleonic Gardens, the largest park in the city and home of the famous Biennale d’Arte de Venezia. A walk along the great Riva degli Schiavoni promenade will have you back in Piazza San Marco in 10 minutes.

Located in Piazza San Marco, the Campanile di San Marco is the tallest building in the city and offers fantastic views across the lagoon, the Lido and even the Dolomites in the distance. Alternatively, San Giorgio Maggiore offers an equally impressive view with fewer crowds. Condé Nast described the comparison as the equivalent of going to the Top of the Rock instead of the Empire State; no better, no worse, just different and far quieter.

Gondolas on the Grand Canal

We can’t mention the Venetian icons without talk turning to gondolas, the city’s signature mode of transport and a huge aspect of its individuality. Yes, a gondola tour of the city is expensive at €80 for 40 minutes, however the experience is one which will stay with you forever. If you would prefer a cheaper alternative that isn’t too dissimilar, try the traghetto. Effectively a large gondola rowed by two oarsmen, the traghetto is used to ferry people across the Grand Canal and is a much less expensive alternative at just €2. Less romantic but even more inexpensive is the vaparetto, a practical and affordable water bus service operating on the main canals and surrounding islands.

If this isn’t your first time in Venice, it may well be worth considering excursions and tours that delve a little deeper into the city and its culture. Cooking classes with Venetian contessa, Enrica Rossa are considered some of the best in the world. An aristocrat born and bred on the lagoon, Enrica meets her students at the foot of the Rialto Bridge and heads for the nearby Rialto Market to select ingredients with the group. Next, it is back to her family’s grand 17th-century palazzo in the Dorsoduro district, but not before calling into her favourite bàcari for prosecco and cicchetti en route. Enrica’s approach to Venetian cuisine is simple but delicious, the ingredients thrown together with her distinctive Italian flair to create plates of antipasti, pasta, meat and fish courses that just keep on coming. It’s a great way to see a more authentic side of Venice and to indulge in some fantastic local food.

Kayaking the Grand Canal probably isn’t the first activity that comes to mind when planning ways to spend a day in Venice, but it promises a completely new perspective on the city. Half day kayak tours will not only take you closer to the city’s must-see sights, it will also traverse the quieter canals, giving you access to areas of Venice that you would never see on a traditional gondola tour.

With 36 hours to spend in Venice, you can afford to venture a little further away from the historic centre. There are more than a hundred islands in the Venetian ecosystem, so it’s safe to say that there is much to see beyond St. Mark’s Square and the Bridge of Sighs. Each of the islands offers something entirely different to its visitors, from the colourful canalside and lace makers of Burano to the stained-glass artisans of Murano and the vineyards of Sant’Erasmo. Just a handful of residents live on the island of Torcello and tourists rarely venture beyond the rose-covered outdoor terrace of its most famous address, the Locanda Cipriani restaurant. Those who do are rewarded with a semi-deserted island of green fields, unhurried canals and the Byzantine architecture of its Cathedral of Santa Maria Assunta. It is a little-known fact that Torcello was the first of the Venetian islands to be inhabited and its history alone makes it worth the 45-minute trip across the lagoon.

High summer in Venice can be very humid but the beachfronts of the Lido and Pellestrina offer a retreat from the heat of the city’s inner reaches. The Lido is a skinny stretch of sand a ten-minute vaparetto ride from St. Mark’s Square, looking out to the Adriatic Sea on one side and the Venetian lagoons on the other. In August, the destination receives a glitzy makeover when the red carpet is rolled out for the Venice Film Festival, which has been held at the Lido’s Hotel Excelsior since 1932. Just across the way from the Lido, the fishing community of Pellestrina occupies a strip of land separating the lagoon from the Adriatic Sea. It is just a short ferry ride from Venice proper but its wild beaches and blue, swimmable waters feel a million miles away from the hustle and bustle.

Looking for free things to do in Venice? Click here

Places to eat in Venice

Italy may be world-famous for its pizza but a ban on wood-fired ovens means that Venice is not. There are only a handful of places offering pizza in Venice, with St Mark’s Square based Rossopomodoro (Calle larga San Marco 404) considered one of the best. Venice values its heritage and such pride extends to the food on offer, too. A new law was recently introduced to limit the number of eateries able to sell pizza by the slice, as well as banning new kebab shops and fast food restaurants, a decision taken by local authorities “to preserve decorum and tradition” in the city. In our opinion, it would be a travesty to visit Venice and not indulge in its unique cuisine anyway, so head to these local hangouts for fresh seafood and pasta galore.

Alla Madonna (San Polo 594, Calle de la Madonna) may be near the Rialto Bridge, but it is frequented by more Venetian families than tourists. The atmosphere and decor is a throwback to a post-war Venice heyday and unlike many restaurants in Venice, the menu here offers both meat and seafood; ask the dapper waiter to fill you in on the dish of the day.

Eat in a garden of daisies, roses and dahlias at Locanda Cipriani (Piazza Santa Fosca, 29), an old-style trattoria on the tiny rural island of Torcello. Founded by its namesake Giuseppe Cipriani and still family-owned, the restaurant is an oasis in picturesque surroundings. The spot is loved by locals, world royalty and the Hollywood A-list alike, with George Clooney describing dinner there as “a perfect afternoon!”.

Locals on the island of Murano, the one with the glass, spend their lunch breaks at La Perla Ai Bisatei (Campo San Bernardo, 6), a neighbourhood trattoria with no airs and graces, just authentic Italian cuisine served with a smile. Discovery of the modest cash-only restaurant is a happy accident for most, plates piled with spaghetti alle vongole and fritto misto di mare leaving you feeling like you have unearthed a real hidden gem.

Seafood is crucial to Venetian cuisine and you’ll find some of the best at Riva Rosa (Via San Mauro, 296) on Burano, where the menu changes daily depending on the catch of the day. Burano is a beautiful island and Riva Rosa’s soft pink exterior sits pretty on a bend in the canal. For special occasions, request the ‘altana’ table for two on the roof terrace; the views over Burano and the Venetian lagoon are wonderful.

Bars to visit in Venice

While eating in Venice can be costly, drinking is quite inexpensive. The lagoon is just an hour away from the region’s Prosecco vineyards, so you’ll find Italy’s finest fizz on offer for just a few euros. The local house wines are also good enough to warrant giving more expensive options a miss and the region’s signature tipple, the Aperol or Campari spritz, sells for less than €2 in many bàcari. These tiny neighbourhood bars don’t look like much but they’re great value and serve up some of the best food and wine you’ll find anywhere in Venice. Bàcari have been intrinsic to the Venetian lifestyle since the 1700s and they’re a great place to interact with locals, many of whom nip in just before lunch for chatter, ombre and cicchetti (that’s wine and bar snacks to you and I). Meeting friends for spontaneous drinks is a huge part of Venetian culture even today and it isn’t unusual to see a local with an Aperol spritz in hand at 10.00am.

Finding the best bàcari involves little more than following the lead of the locals. You’ll often see them dipping in and out of unassuming bars in the quiet Cannaregio region, Ai Rusteghi (San Marco, 5513) and Ai DiVini (Salizada San Canzian, Cannaregio 5905) being two of the most popular. Also worth a visit is All’Arco (Sestiere San Polo, 436). This bàcari is minutes from the Rialto Market but the father and son owners have managed to retain its authenticity and it has become known as one of the best bàcari in all of Venice.

As is the case across Italy, Venice’s bàcari operate under the understanding that drinking at the bar is cheaper than reserving a table. We prefer it that way; the best conversations always happen when you are sat at a bar with strangers.

Finally, a Harry’s Bar Bellini is as synonymous with Venice as an overpriced gondola ride, so embrace the cliché, swallow the €16 price tag and enjoy every drop. Harry’s Bar (Calle Vallaresso, 1323) is the birthplace of the Bellini, a peach and prosecco cocktail created in 1931 by the patriarch of the Cipriani restaurant empire, Giuseppe Cipriani. The vaparetto will drop you right at the door of the surprisingly small bar on the St Mark’s Bay waterfront, which – like so many of the world’s best bars, it seems – was once a hangout of Ernest Hemingway. 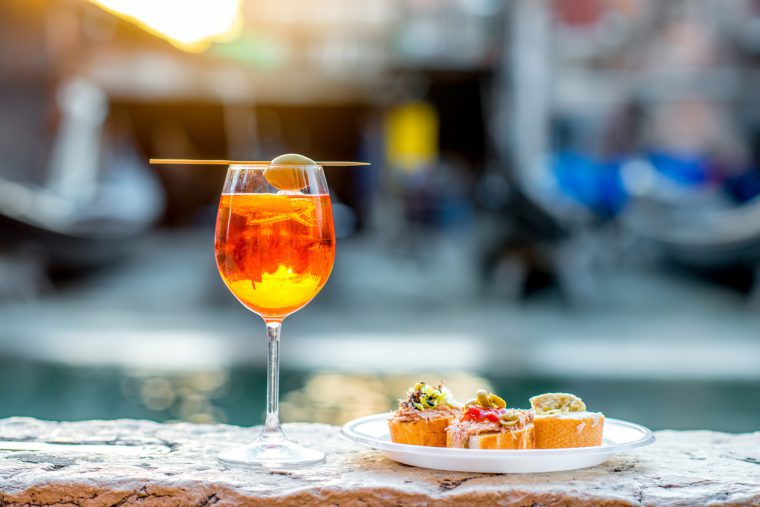 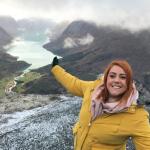