A Closer Look At Bilbao

The cultural hub and charming city of Bilbao is becoming an increasingly popular destination for cruise holidays in Europe. A Spanish city in the heart of the Basque country, it’s an inviting destination in the North of Spain that’s also just a short distance from France. Here you sample fine Rioja and muse over famous paintings, learn some history or indulge in a little retail therapy.

There are plenty of reasons why more and more people are falling in love with the charms of Bilbao. A popular choice for short cruise breaks and immersive wine cruises throughout the year, here is a guide to visiting Bilbao and the surrounding areas:

Bilbao is one of the highlights of any short cruise along the West coast of Europe, giving voyagers an opportunity to explore the nearby countries of France and Spain in a unique way. Tailor your itinerary to create the ideal short break, whether you want to sample the delights of regional wines or you’re on a family holiday with the kids.

An industrial past and the prominence of its port prevented Bilbao from developing the pretty squares and historic architecture that you might expect from other Spanish cities such as Barcelona. However, therein lies its charm. Here you’ll find an authentic insight into Spanish history and culture that has evolved more recently to give it plenty of modern attractions.

Its commercial hub has also made it a popular place for sampling the finest Rioja from around the region. Today, Bilbao has shed its manufacturing past to become a more refined, fascinating and altogether vibrant city with much to offer.

Things to Do in Bilbao

On pure architectural design alone the Guggenheim Museum has positioned itself as a highlight of a trip to Bilbao. This much talked-about titanium creation boasts a wide collection of modern art and hosts many exhibitions throughout the year. If modern art isn’t your thing, the Museo de Bellas Artes complements the city’s offerings with fine art from across the centuries.

Bilbao is thought to have been first settled thousands of years ago, however the city as we know it today was founded in the fourteenth century. As such, the city has a rich history, much of which has been shaped by its sea faring roots and the various wars and power struggles of the Basque country. Its industrial past also gives it an interesting character. Popular museums include the Maritime Museum, Basque Museum and the Bullfighting Museum if you want to learn a little about Bilbao’s bygone eras.

The contrast of modern creations such as the Guggenheim Museum versus more historic sites like the churches and squares give Bilbao a diverse mix of architecture. Crossing the river you’ll find the Calatrava Bridge in Zubizuri, and a mismatch of neighbourhoods that comprise the city.

There are a few neighbourhoods that really stand out for wining and dining in the city, one of which is Casco Viejo. Here you can soak up the ambience of the bars and restaurants that spill out onto the streets, and sample local delights of tapas, seafood and of course Rioja. The party goes on well into the night here if you want a taste of the city’s nightlife, which many cruise itineraries will offer you.  A perfect example of this is Celebrity Cruises’ immersive wine cruises aboard Celebrity Infinity.

Whether you love a bargain from the market or high end boutiques are more your thing, Bilbao has it all. Head to the flea market for an insight into local life on a Saturday where you can find crafts, souvenirs, food and more, or wander the old town to discover hidden shops and cafes. Meanwhile Plaza Moyua has its fair share of quality crafts and clothing if you want to indulge in some ‘me’ time and revamp your wardrobe.

A gateway to the marvellous Basque country, a longer stay in the city will allow you to make some fabulous day trips into the region to explore further afield:

An oldy-worldy Medieval town on the cusp of the wine region, you’ll fall in love with Laguardia. Feel like you’ve arrived in a film set as you walk the cobbled streets and gorge on traditional cuisine that preserves the traditional nature of this historic little village. 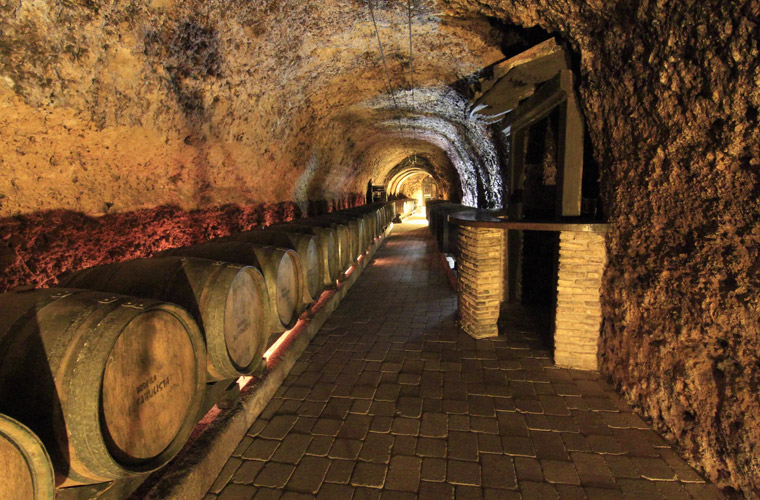 Taking a wine tour not only allows you to sample some of the freshest, most authentic Riojas of the region. It also gives you the chance to experience the fantastic landscapes and cultures of rural Basque country that you won’t get in the city.

Beyond Bilbao this stretch of the Spanish coastline is blessed with some lovely beaches and seaside towns. A great day out if you want to find a beautiful place in time for sunset photos.

An hour away from Bilbao you’ll find the attractive city of San Sebastian. With some amazing urban beaches and a feel-good atmosphere, it’s a great day for families, couples and groups alike.

The wealth of activity in this fast evolving city makes Bilbao a highlight of any cruise around Western Europe. Whether you’re planning a short getaway or a longer voyage, it’s a brilliant addition to the itinerary regardless of what makes your ideal holiday. As such, it’s no wonder that Bilbao is making a name for itself as an upcoming cruise destination.