A Guide to Manaus – The Gateway to the Amazon 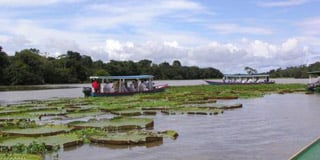 Brazil is a vibrant country buzzing with colour, life and variety. From sandy beaches to vast jungle, chaotic cities to spectacular festivals, this South American country has much to offer. Host to the 2014 FIFA World Cup and the 2016 Olympics, the world has turned its attention to Brazil as an upcoming destination for travel, and one such city that is rising in popularity is Manaus. 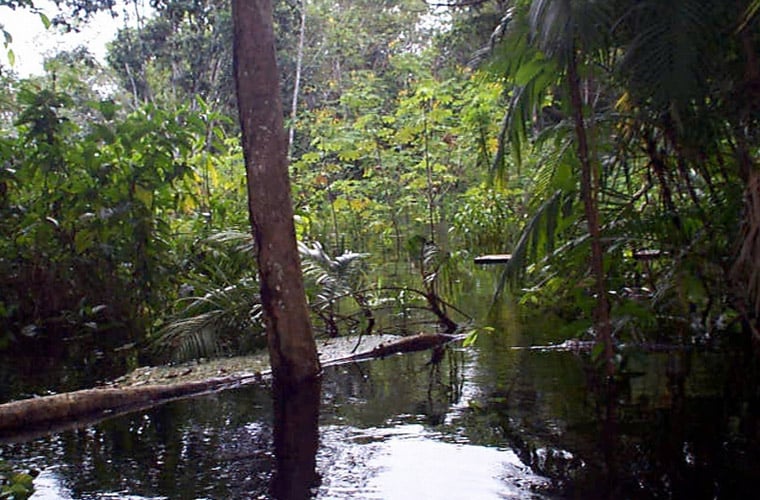 Sprawling more than 5 million square kilometres over the continent of South America, the Amazon rainforest is an almost unimaginable natural phenomenon. Brazil itself is comprised of 60% rainforest, and therefore any trip to this incredible country would be incomplete without experiencing its tropical side. Manaus is a gateway to the Amazon; as the largest city in the rainforest it combines the colourful atmosphere of Brazil with the wilder heart of the jungle.

There are several South American and Caribbean cruises that include a stop off in Manaus in their itinerary.

Whilst people may associate the glitz and glamour of Brazil with cities such as Rio de Janeiro, Manaus is a prosperous city that has reaped the rewards of its natural resources over the centuries. Beautiful theatres and palaces display the riches of this Amazonian city, and provide a curious contrast to the green jungle beyond that is just waiting to be explored during your visit.

The tropical climate of Manaus may take some getting used to, but certainly shouldn’t put you off visiting the region. In the dry season (June to November), expect high temperatures of up to 40 degrees, whilst the wet season (December to May) encounters much more precipitation and humidity levels of up to 80%.

Things to Do in Manaus 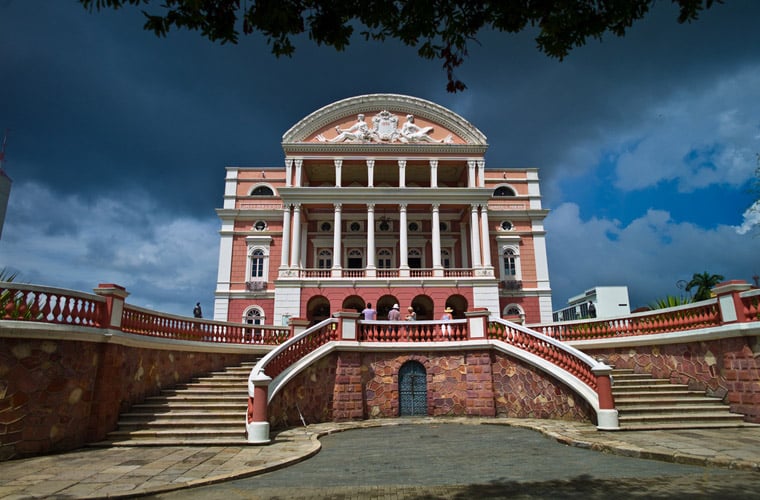 Brazil is brimming with culture that has evolved over the years to display a hybrid of influences, from tribal roots to the more modern present. Enjoy a refined evening of opera at the Teatro Amazonas or soak up the weird and wonderful delights of Carnival in February and March. For an insight into Amazonian culture, the Boi Bumba festival is a mesmerising display of folklore and dance that will be a highlight of a trip to Manaus. 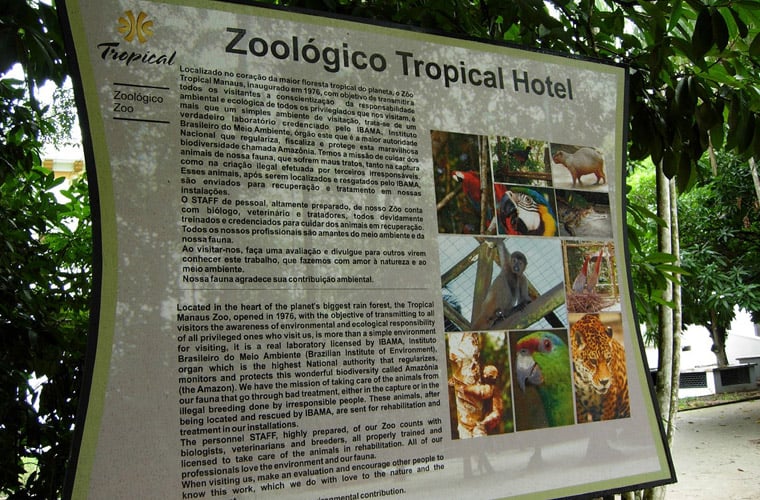 Many people understandably use Manaus as a base from which to delve into the heart of the Amazon, and the diversity of city and rainforest gives this place a unique atmosphere. If you have the time, take an adventure trip into the Rio Negra basin, where you will find exotic animals in an amazing setting. A three night boat trip is sure to be the highlight of any South American escape, although there are plenty of day trips that allow you to witness the fascinating rainforest during a cruise stop off. If you’ve got limited time to see everything in the city, a visit to Manaus Zoo is a wild day out in itself, with exotic animals roaming around that you wouldn’t get in Europe!

Brazil is renowned for being football crazy,and the presence of the World Cup in the country in 2014 has only strengthened the association. Manaus is a particularly good place to watch a football game because players from all over the Amazon come here to compete throughout the year. Vivaldo Football Stadium has received much investment in light of the World Cup, so is a must see attraction during a trip to the city. 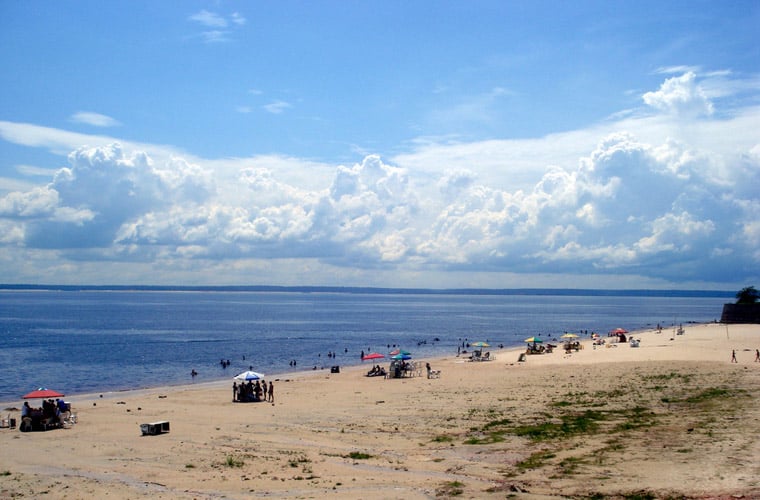 Although 1500 km from the sea, Manaus has its fair share of beaches along the river front. After a long day exploring the city, watch the sunset from Ponta Negra or Praia da Lua with an ice cold beer. If you like sports, enjoy a game of volleyball or football on the sandy shore with the locals. When night falls, there’s no shortage of restaurants and bars where you can find refreshments and a lively atmosphere into the late hours.

As a thriving river port, Manaus is a haven for shoppers of all interests. Whether you want an authentic taste of local life at the outdoor markets or you want to pick up some souvenirs to take home, you’ll be spoilt for choice in Manaus. Amazonian crafts make great gifts, but be sure to shop around to get a bargain and avoid the tourist trap prices!

The Brazilians know how to party, whatever you idea of nightlife is; dance all night or socialise over a few beers with the locals – you won’t be disappointed with Manaus’ nightlife.

You’ll find plenty of excursion opportunities in Manaus, and whether you’re visiting for a day or have the option to extend your stay, it’s worth paying for a guided tour of the city. Giving you an insight into the history of the area and showing you the secret charms of the place from a local’s perspective, it’s an unbeatable way to immerse yourself in the local culture. Typical tours will cover the palaces and Teatro Amazonas, as well as the nearby waterfalls and the vibrant Floating Port.