A RIB Adventure On The Norwegian Fjords 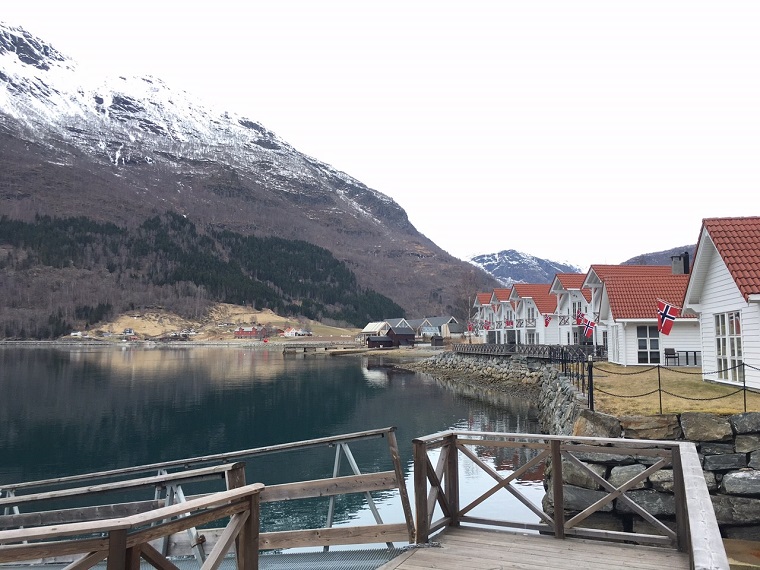 ‘A Sunday well spent brings a week of content’ or so the endlessly Instagrammed saying goes.

Now, we’re not entirely sure what constitutes a ‘Sunday well spent’ but we like to think that a morning in a tiny village at the very tip of a Norwegian Fjord ranks pretty highly. A rousing welcome from a brass band helps, as does the sight of wooden waterfront cottages, uniform as soldiers with their white cladding, red roofs and perfectly aligned Norwegian flags. 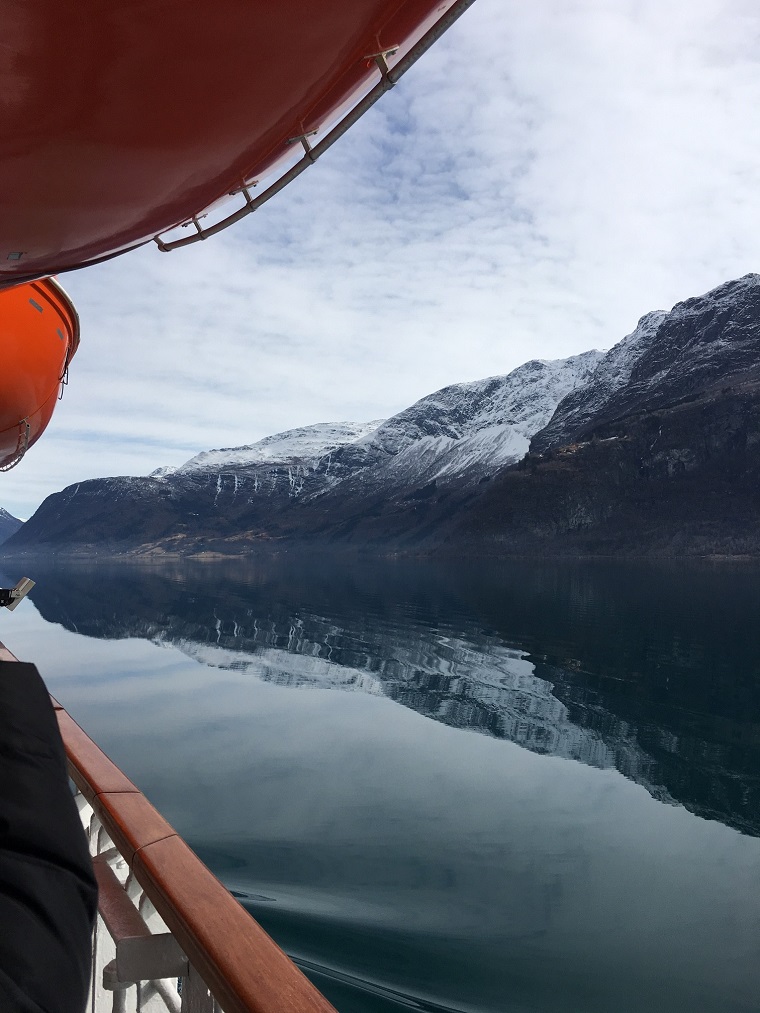 I’d woken up on Hurtigruten’s Kong Harald and had been as excited as a kid at Christmas when I opened the curtains and got my first-ever glance of the Norwegian Fjords. In a matter of minutes, I was up on deck, camera (ok, iPhone) in hand and obligatory “My Sunday is better than your Sunday” Whatsapp sent.

I couldn’t do the views justice, even by half. The water was black, inky, seemingly infinite in depth and as reflective as a Mr Sheened mirror. The mountains, still topped with snow in an especially cold April, were duplicated in perfect symmetry in the water, only the ripples caused by the ship disturbing their reflection. Everything was silent. It was the most serene scene I had ever witnessed and I didn’t think it would, or could, be bettered.

But then we were in a RIB, dwarfed at the foot of the fjords, Coldplay’s ‘Sky Full of Stars’ streaming through the speakers. I had goose bumps but you wouldn’t know it, because I was buried beneath the insulating layers of a giant yellow and red bodysuit-cum-babygrow. It wasn’t my best look, especially when paired with some supersized googles, but it was one I’d wear again in a shot if it meant I could see those same watery stretches and gargantuan waterfalls for a second time. 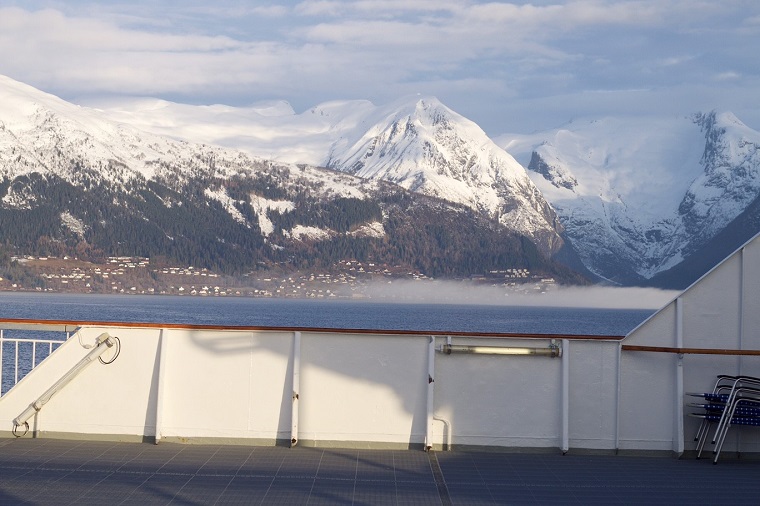 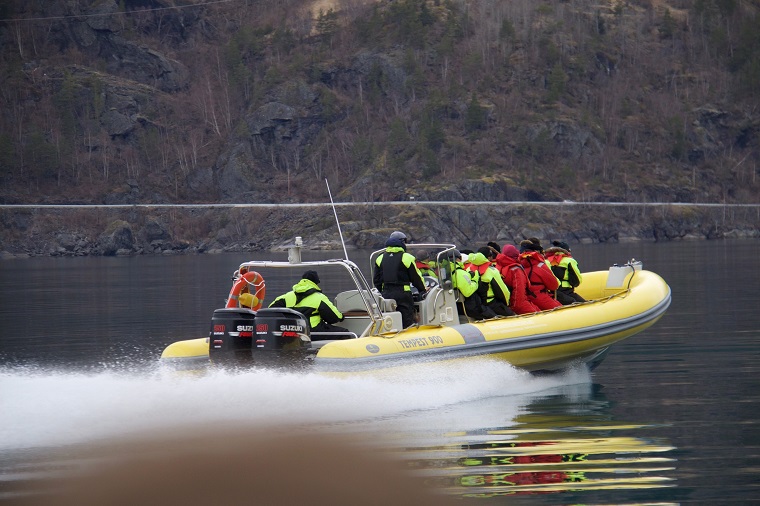 I’m an awful swimmer. I’d make it the width of the swimming pool without slipping into a watery grave, but I wouldn’t fancy my chances in the dark depths of the Norwegian Fjords. Of course I soon forgot that. My grip loosened on the silver handrail of the seat in front and I stopped wondering who would snare my shoe collection when I was gone. All I could think about was the scenery that surrounded us and the fact that I had never seen anything like it. I’d never seen the appeal of a winter cruise to the Norwegian Fjords – I like my holidays hot or in the city – but all of a sudden I was sold.

We saw the Northern Lights that night. The Captain called from the bridge, telling us to wrap up and head out on deck if we wanted to see them and, while my iPhone camera lacked any capability of capturing the shades of green thrown across the skies, there was no denying that the glow was there. Most head to these parts to see the lights but, in my eyes, they were all but overshadowed by the Norwegian Fjords themselves. No small claim, I know; it takes a lot to put the Northern Lights in the shade. But, with the lights ticked off my bucket list, and a glass of wine warming me through back in the ship’s Panorama Lounge, I couldn’t wait for daylight to hit and morning to come so that I could wake up to that same view one last time. 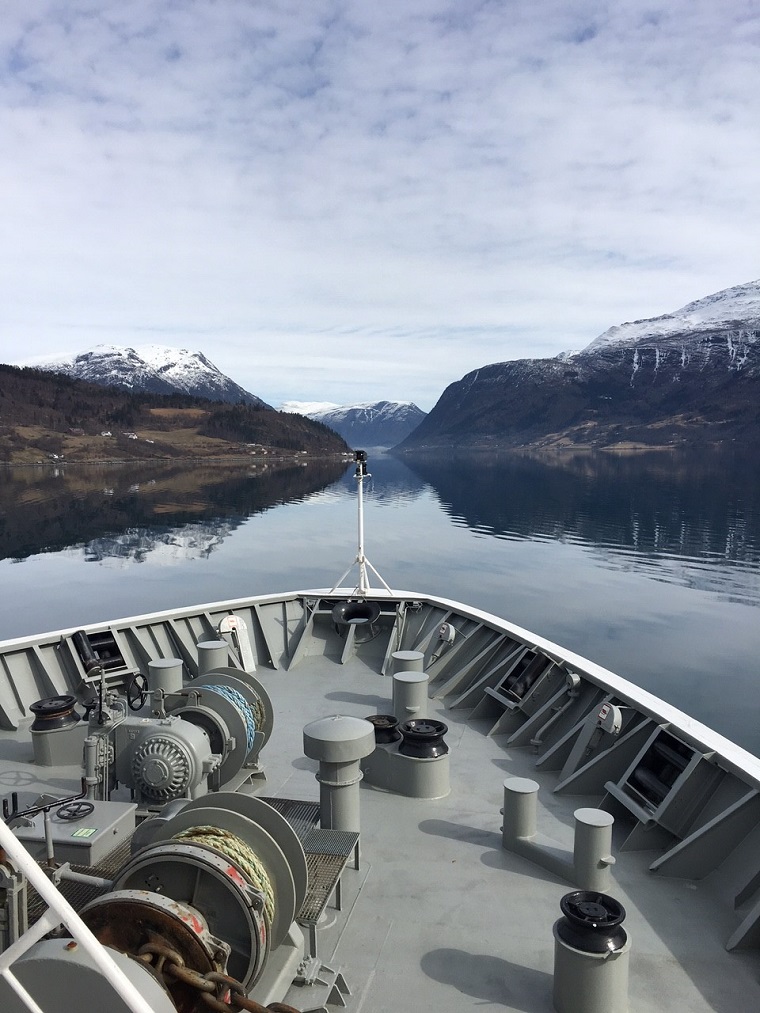