A Royal Welcome with Hebridean 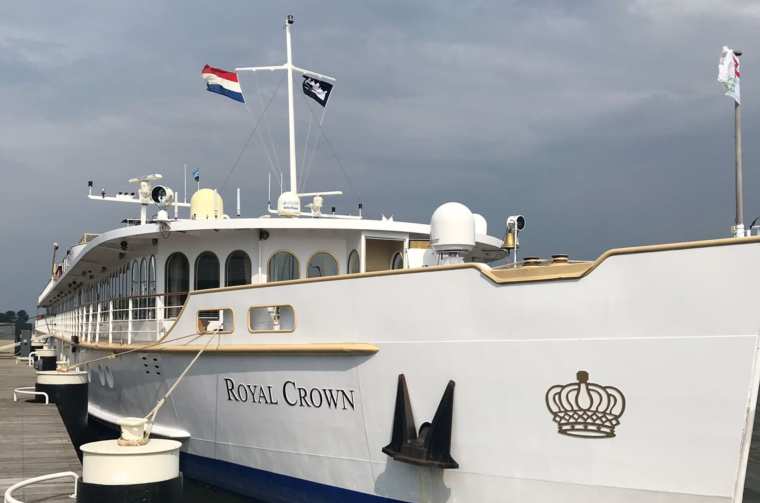 Each year, for just a few special weeks, the Hebridean Princess crew packs up its tartan and heads for Europe’s rivers. For this handful of sailings along the Rhine and Moselle, the chartered Royal Crown is transformed with all the little touches that guests love so much about the Hebridean Princess experience. From the Molton Brown toiletries to the ‘Piping of the Haggis’ at the final gala dinner, plus the presence of ever-popular Chief Purser David Indge, everything that has helped Hebridean Island Cruises cultivate such a loyal following is recreated on European waterways for a limited time only.

While new river cruise ships are becoming evermore sleek and chic in their design, Royal Crown harks back to yesteryear. The rosewood panelling and velvet upholstery bears semblance to the Venice-Simplon Orient Express, its 1930s Art Deco inspirations perfectly at home in the imperial cities of Vienna and Budapest. Combine this with the traditionally attentive service and attention-to-detail of the Hebridean experience and it’s a match made in heaven.

Magic happens when Hebridean Island Cruises and its crew embark the Royal Crown. Bolsover Cruise Club’s Jessica and Amber joined the ship in Enkhuizen to find out more. 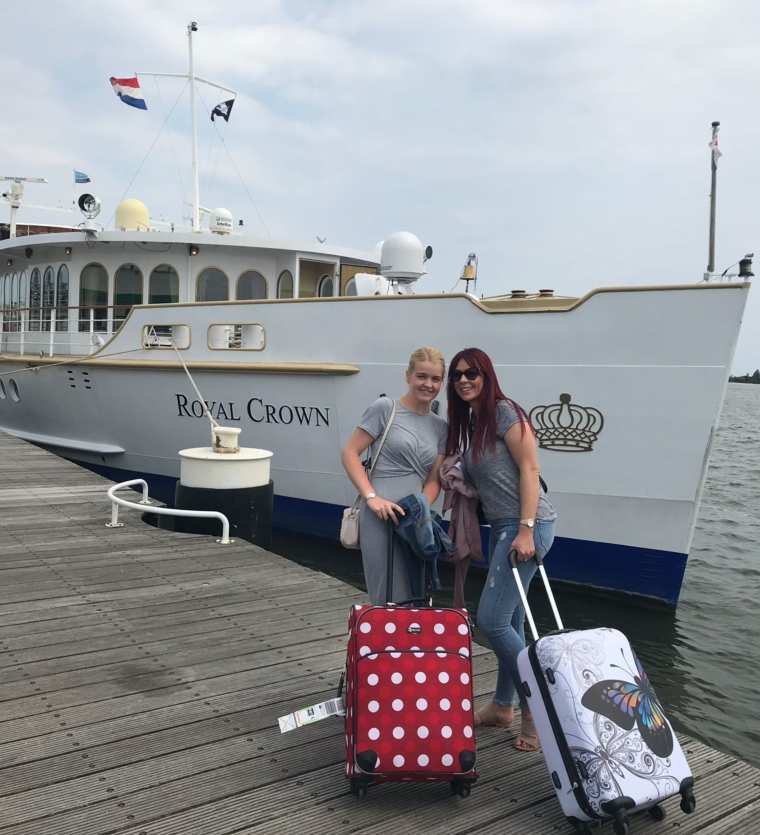 Once our passports had been exchanged for room keys and our luggage whisked away, we made our way to our porthole cabin. I was occupying mine alone but two people could easily share the spacious room, which featured twin beds, a generous bathroom and a TV. 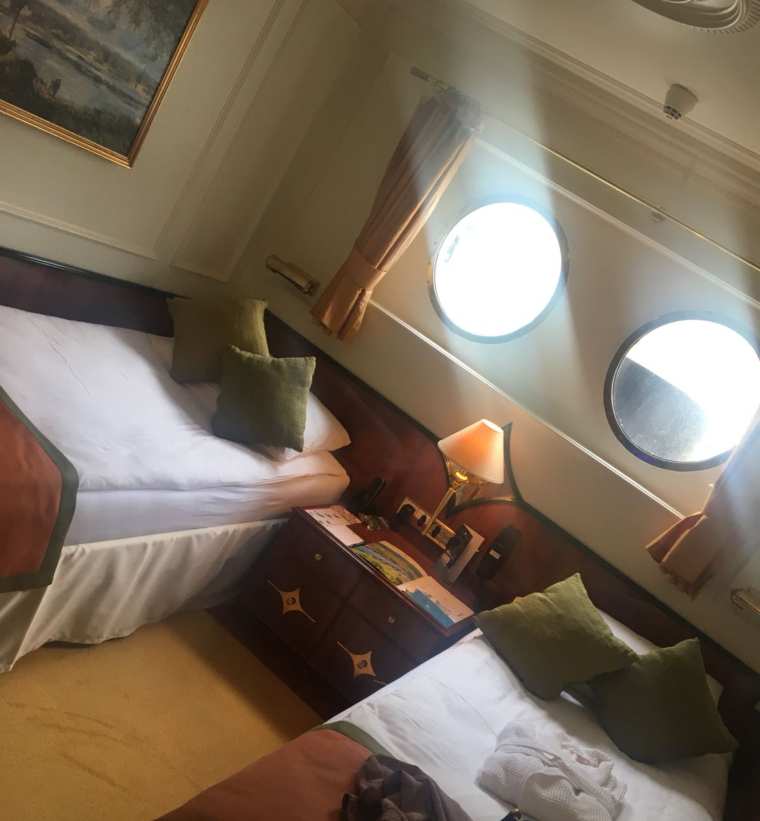 Having changed, we met in the lounge on the Panorama Deck, which is the ship’s main gathering place each evening. Tea and coffee is available here from 6am until dinner and we found a lovely buffet waiting for us at lunch. After eating, we had a wander around the Sun Deck with its putting green and giant chess board, plus a outdoor bar that opens depending on the weather. There are plenty of loungers to take in the passing views as you sail through some of Europe’s best scenery too.

Dinner is served at 7.30pm each evening on Royal Crown and the lounge was abuzz every night from about 7pm as people gathered for pre-dinner drinks. There’s a wide choice of beers, wines, spirits, cocktails and soft drinks on offer, all of them included in your cruise fare. Dinner was served in The Restaurant, which held around 80 guests at mainly larger tables. There was a great choice of food, plus an ‘Always Available’ selection of classic dishes. Later we went back to the lounge, where most passengers were chatting, the piano was playing and the Hebridean Island Cruises crew were getting everyone going with a game or two.

The following morning, we arrived in Hoorn in the Netherlands. After an early breakfast it was time for our inclusive excursion to Alkmaar, a world-famous cheese market and a spectacle that attracts visitors from across the globe. The town itself is beautiful, preserving a 17th-century maze of canals and narrow streets. The four-hour excursion was great fun and afterwards it was back to the ship in time for lunch, a buffet of delicious salads and sandwiches served with a little extra Hebridean finesse. There was also the option to choose lunch from a menu too and this also had lots of choice. 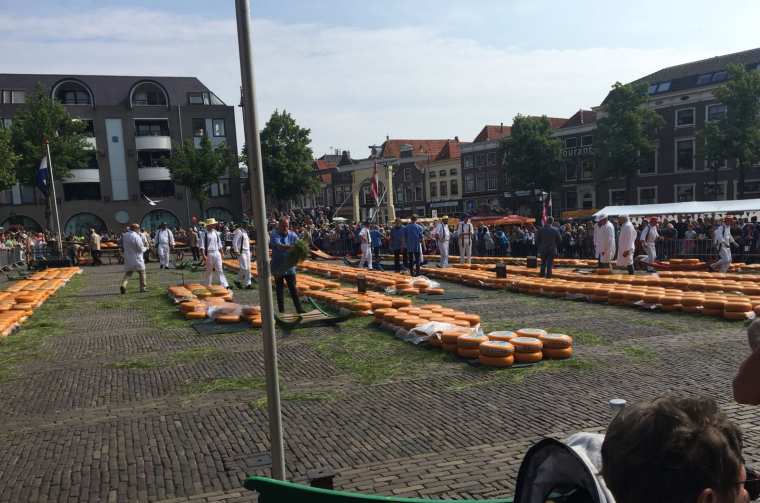 With a free afternoon, we strolled into Hoorn, which is very pretty with lots of cafes and shops. Like any good cruise holiday, our time was punctuated by food, and we were back on board in time for afternoon tea in the lounge at 4pm. A lecturer spoke during the afternoon too, which was very popular with guests, and cocktail hour began at 6.30pm.

The ship began to sail during dinner and within a few short hours we had arrived in Amsterdam. The next day saw us take a trip to Haarlem, full of ancient buildings, jaunty streets and winding waterways. We visited the Frans Hals Museum and enjoyed a coffee at a local café, all paid for by Hebridean. All aspects of the Hebridean experience are included in your fare, right down to your afternoon brew ashore! It felt like such a laidback way to river cruise with everything taken care of for you and many guests remarked that this is what they like so much about holidaying with Hebridean. Later we decided to stay on board and enjoy the very peaceful Royal Crown while everyone else joined the second excursion of the day. 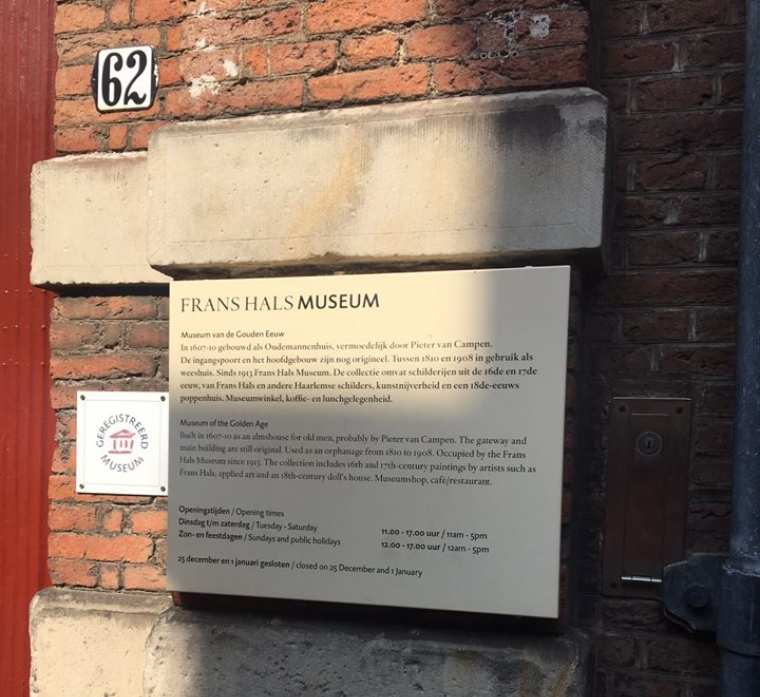 Finally, a Farewell Gala Dinner complete with the traditional ‘Piping of the Haggis’ brought our time on Hebridean’s river cruise to a close. The five-course meal was fantastic, the perfect way to end our trip. I’d had a great time on board and Hebridean certainly brings something unique to Europe’s rivers. With single supplements of just 25%, it’s a great option for solo travellers too.

My first thought when we arrived was that Royal Crown looked much bigger than I had expected and it was very traditional and classic inside. The friendly reception staff gave us the keys to our cabin in the fastest check in I have ever experienced, totally hassle free and with no paperwork thanks to Hebridean’s all-inclusive fares. My cabin was lovely and spacious with lots of storage, plus some special touches like Molten Brown bath products and a Hebridean robe.

The ship has three decks. The Lido Deck was open with a covered bar area. There were plenty of tables and chairs here, plus some sun loungers from which to take in those views. It is a great space and during the day guests would use the Lido Deck to relax and read between excursions. Cocktails parties are hosted outside too, when the weather is good. 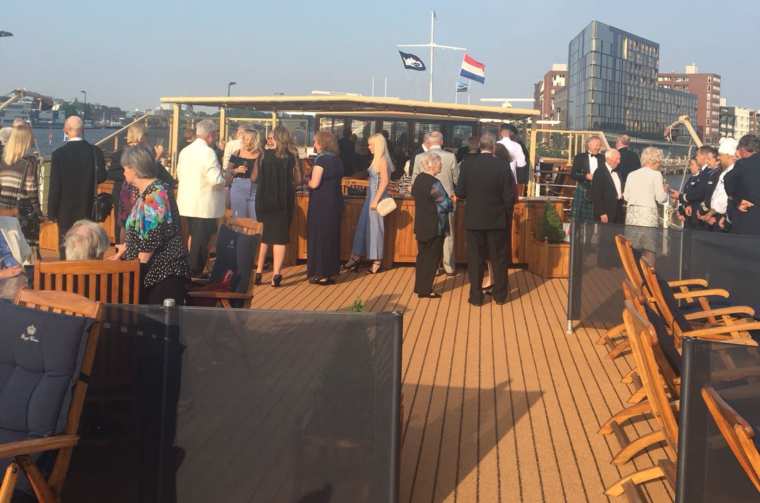 The Panorama Deck features the lounge and dining rooms. There’s always lots going on in the lounge, from an early riser’s breakfast to afternoon tea and pre-dinner cocktail parties. After dinner, a musician would play in here and staff would organise a quiz on selected nights.

The restaurant is towards the back of the ship and mealtimes are all open seating, served at tables ranging from 4 to 8 people. We dined with a table of solo travellers and it worked incredibly well for them, encouraging those travelling alone – of whom there are many on Hebridean sailings – to mingle and get to know fellow guests. Our meals were great, from a good buffet and egg menu at breakfast to a three-course meal at lunch and a four-course dinner each evening. Our final meal on board was a real spectacle too, thanks to Chief Purser David’s entertaining showing of the haggis.

The inclusivity of Hebridean is fantastic and it really comes into its own on a river cruise. Everything is taken care of, from drinks and gratuities, right down to the tours each day. Guides were so knowledgeable and Hebridean’s team also joined us ashore. Almost everyone on board Royal Crown was a past-guest of Hebridean Princess and many said that they felt like part of a family. The crew knew their names and everyone was made to feel really at home. The service was excellent throughout; it is such a friendly, intimate way to holiday in Europe. 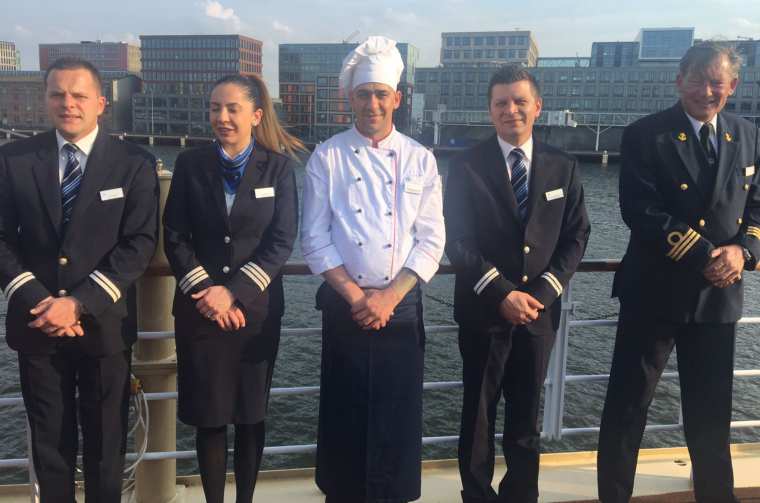