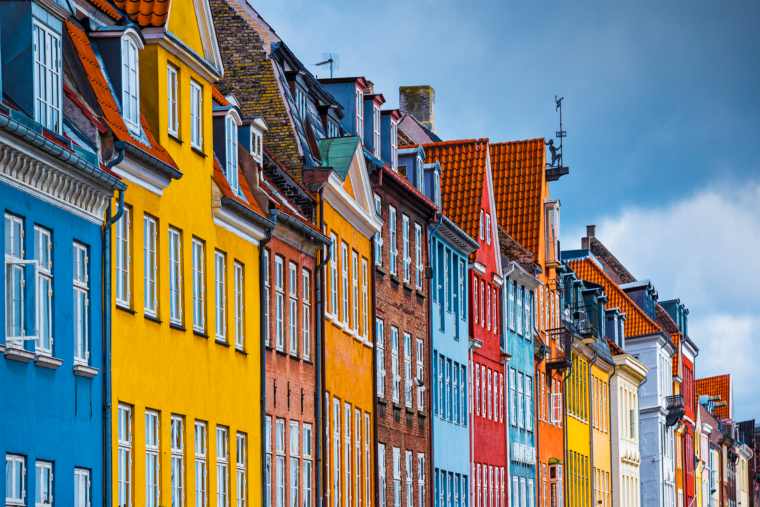 Lift the lid on the treasure box that is the Baltic Sea and discover Northern Europe’s most precious gems.

The Baltic Sea crashes against the coastlines of Northern Europe, a region best explored from the water. Port-rich itineraries take you to some of the world’s most cultural capitals, from medieval Tallinn, to cosy Copenhagen and cutting-edge Helsinki. The land of the Vikings and the tsars holds history and mystery in spades. A selection of Cunard cruises sail the Baltic, Scandinavia & Iceland and you can currently take advantage of a 5% low deposit when you book your 2019 voyage.

Dramatic, flamboyant, opulent; it’s hard to believe that St Petersburg was once little more than swampland. Built by Peter the Great in 1703, the city served as Russia’s imperial showcase capital until the Russian Revolution and remains the country’s cultural capital today.

Strolling through St Petersburg sends you down the rabbit hole and back to the time of the tsars. From the extravagant onion-domed exterior of the Church of the Saviour on the Spilled Blood, to the mint green, white and gold façade of the Hermitage and the antique gold walls that have witnessed a lifetime of performances in the Mariinsky Theatre; the city is a work of art in itself. For full effect, revel in the regalia of a changing of the guard ceremony in the grounds of the grand Palace Square, before casting your eye across some of the three million or more treasures contained within the neoclassical walls of the sprawling Hermitage Museum complex.

St Petersburg’s Romanov residences and imperial palaces reflect in the still Neva River, but venture a little deeper into the streets beneath the bejewelled skyline and you’ll discover a self-assured city that has two feet firmly in the present. St Petersburg holds its own against Moscow, its city-dwellers as chic and its social scene as sophisticated. The ‘white nights’ of midsummer bathe St Petersburg in a glorious glow, dusk’s moody skies stretching into the early hours of morning as the sun fails to set fully between mid-June and July. Locals raise a raucous toast to the start of summer, casting off their clothes to sunbathe at the Peter and Paul Fortress Beach during the day, before spending evenings at the Mariinsky Theatre, catching operas, theatrics and the world-famous Russian ballet, before ending with a nightcap at tables outside bars that stay open late into the night.

Despite its popularity, St Petersburg remains one of the most difficult destinations in the world to visit independently, due to Russia’s stringent visa restrictions. Travellers on an organised excursion are covered within a ship group visa held by the cruise operator, making a cruise the simplest way to see the city by far. 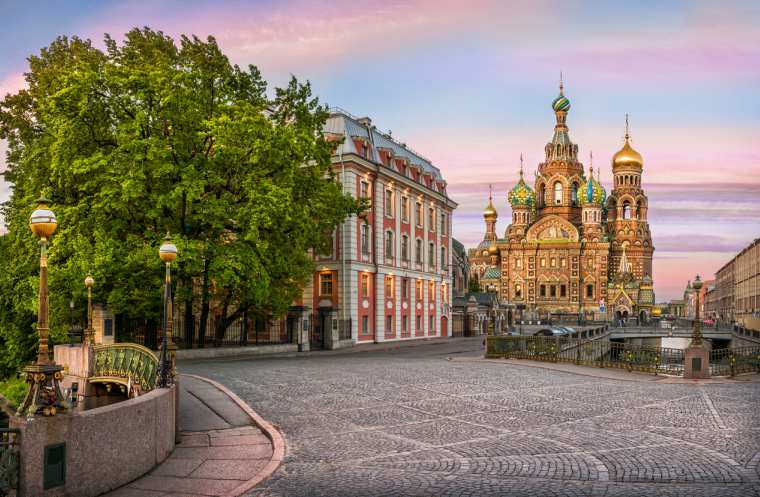 Aside from the multi-coloured merchant houses of nautical Nyhavn and the smaller-than-expected Little Mermaid statue, Copenhagen is most famous for being the coolest Nordic capital and the happiest city in the world.

The concept of ‘hygge’, a near-obsession with getting cosy, has been recreated across Europe in recent years but in Copenhagen’s quaint cafes it is truly at home. In summer, you feel it as you eat outdoors on the harbour. In winter, hygge comes into its own, wrapping you in a warm hug as you eat warm pastries and sip hot chocolate in chintzy cafes. It’s an entirely unique Nordic concept but it doesn’t half make the city feel like home.

The largest city in Scandinavia has become one of Europe’s must-see destinations in recent years. Its diverse neighbourhoods are incredibly bike-friendly, your two wheels taking you from the historic harbour district of Nyhavn, through the Vesterbro neighbourhood’s cool Meatpacking district, to the lively shopping street of Strøget, one of Europe’s largest and oldest pedestrianized streets.

Tivoli Gardens was established in 1843, making it not only one of the world’s oldest theme parks but also one of the most tasteful. The attraction comes alive in November, when the festive markets transform it into a winter wonderland. Spring sees the park fill with locals and summer brings music festivals and long laissez-faire days of flitting between vintage fairground rides, shows in the Glass Hall Theatre and meals in one of over 30 different restaurants.

Copenhagen is one of the Baltic’s most family-friendly cities, not only thanks to the Tivoli Gardens and the National Aquarium Denmark (the largest aquarium in Northern Europe), but also because there is an endless list of activities to keep the kids entertained, from burning off excess energy in the gorgeous grounds of Rosenborg Castle, to picnics on the solar-powered ‘GoBoats’ that work their way along Copenhagen’s canals.

With a thriving gastronomical scene attracting foodies from around the world, plus chic Scandinavian design boutiques that’ll make you appreciate the lack of luggage limits when you sail to and from the UK, Copenhagen’s popularity is well-deserved. 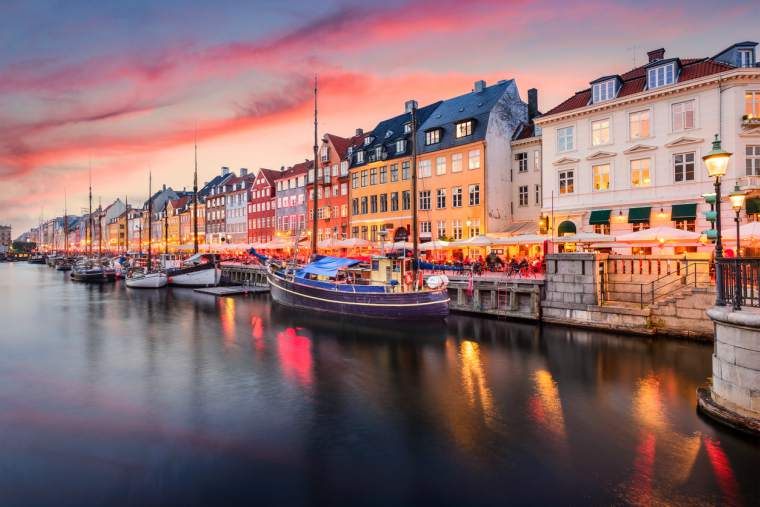 The night before arrival into Stockholm sees alarms set and cameras readied, the anticipation for one of cruising’s best port approaches reaching fever pitch. There are 30,000 islands, islets and rocks in the Stockholm archipelago, and your ship will negotiate hundreds of them on its approach into the city, making for some seriously stunning views on route.

Stockholm itself is spread across 14 islands, with 57 bridges making its many neighbourhoods surprisingly accessible. Each has its own unique character, from bohemian Södermalm, with its leisurely vibe, vintage shops and hip SoFo area, to the Old Town of Gamla Stan. Stockholm was founded here in 1252 and the city’s central island continues to be considered its historic heart and soul. The medieval Stortorget square and the buildings along the streets of Köpmangatan are some of the oldest and best preserved in Europe. The Royal Palace, whose 600 rooms make it one of the largest palaces in the world, Stockholm Cathedral and the Nobel Museum are all found in the Gamla Stan neighbourhood.

Norrmalm is the city’s modern centre, where on any given day you’ll find Sweden’s stereotypically beautiful people shopping for beautiful Scandinavian interiors and fashion. Many retire to upmarket Östermalm, a neighbourhood whose exclusive Bibliotekstan shopping district and grand seaside boulevard, Strandvägen, make it a worthwhile stop for visitors.

The Swedish are famous for their love of the great outdoors. Follow the locals to Djugården by foot or ferry and you’ll find the perfect place to enjoy summer in the city. The greenest of Stockholm’s islands isn’t only home to an abundance of natural beauty, but also some of the city’s top attractions, including the must-see Vasa Museum. The Vasa capsized and sank just a mile from the Stockholm shore in 1623 and was preserved by the ice cold Baltic Sea in the 333 years that followed. It has since been recovered and is exhibited at the Vasa Museum as the world’s only preserved 17th-century ship. The mighty warship is an arresting sight.

If sunken ships aren’t your idea of fun, perhaps you’d prefer to get a little more familiar with Sweden’s four most famous figures; the ABBA Museum can be found on Djugården.

Read part of our of our Baltic Sea cruises blog. 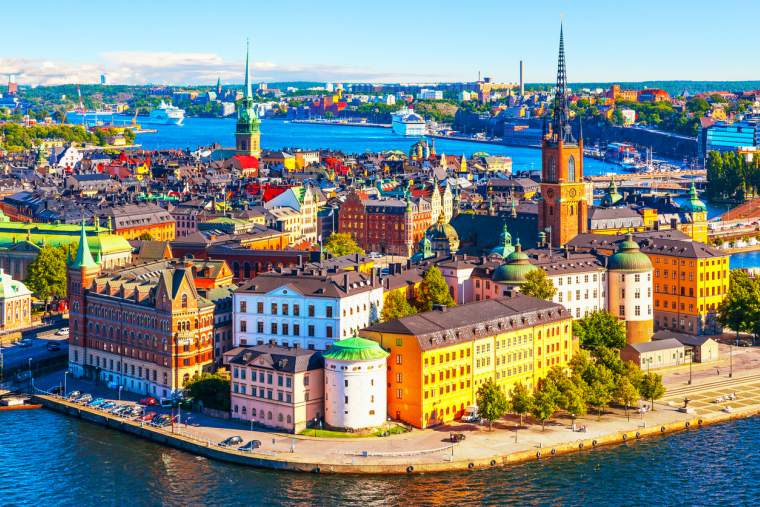