Home Blog Cruise destinations Behind The Bars of Alcatraz

Behind The Bars of Alcatraz 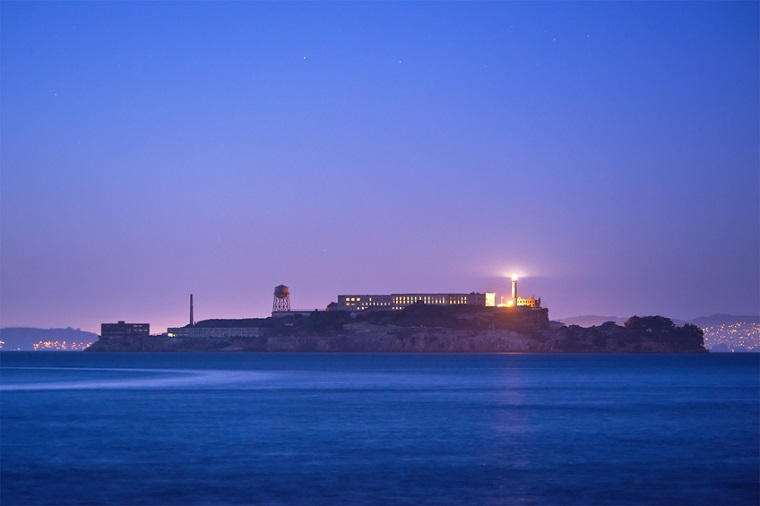 Let’s start this blog post by getting one thing straight; you cannot just turn up at Pier 33 on spec, buy a ticket and make your merry way over to Alcatraz. This is San Francisco’s  most popular shore excursion – one of the most popular in the whole of America, even – so it goes without saying that it sells out weeks, even months, in advance! If you want to cross the San Francisco Bay to the world’s most famous penitentiary, you’ll need to plan ahead. 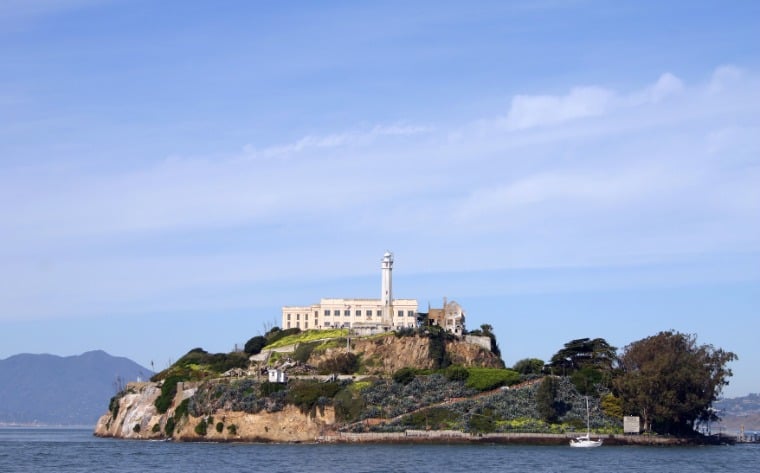 There are a couple of different Alcatraz tours available but our favourite is the night tour. After all, if you’re going to maroon yourself on a deserted island which once housed America’s most-notorious criminals, why not do it in darkness?

You’ll only pay $7 more for a night ticket than a standard $33 day tour, but you’ll get so much more for your money, including a personally narrated boat tour around the island, a guided tour of the dock and prison building, and a special programme of presentations only offered at night. You’ll enjoy some pretty amazing, money-can’t-buy kinda sunset views of the Golden Gate Bridge too, as well as an eerie experience of Alcatraz after dark. 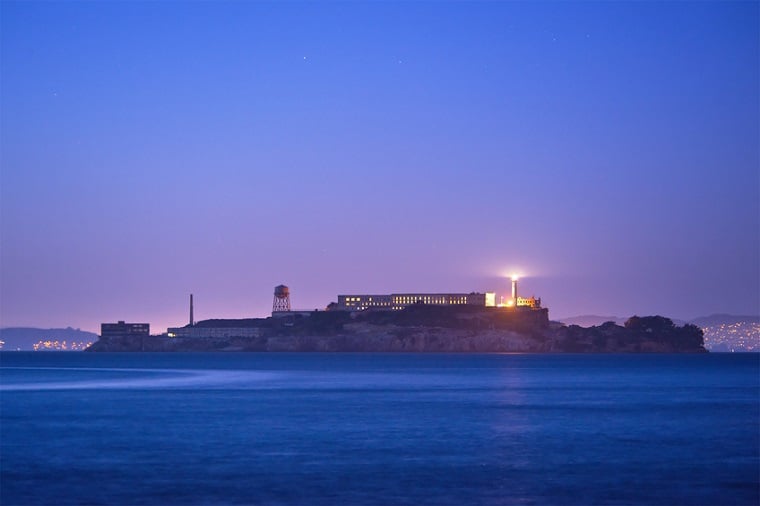 Day tours are much easier to secure than night tours – and often offered by cruise lines as organised excursions – with options available to incorporate time on Angel Island too.

Following a short boat ride across San Francisco Bay to the Alcatraz dock, a park ranger will appear outside the infamous Alcatraz Island sign and provide you with a quick introduction to the island. Contrary to popular belief, the island’s history didn’t cease when it closed as a federal prison in 1963, having hosted criminals including Al ‘Scarface’ Capone and Robert ‘Birdman’ Stroud during that time. National Park signage tells a tale of Alcatraz’s patchwork past, even showing signs of occupation by the Native Indians in the 1970s following the closure of the prison. Like all of the park rangers charged with looking after America’s many National Park’s, the guy in charge at Alcatraz Island knows his stuff, so don’t be tempted to wander off and start exploring until he has given you the lowdown. 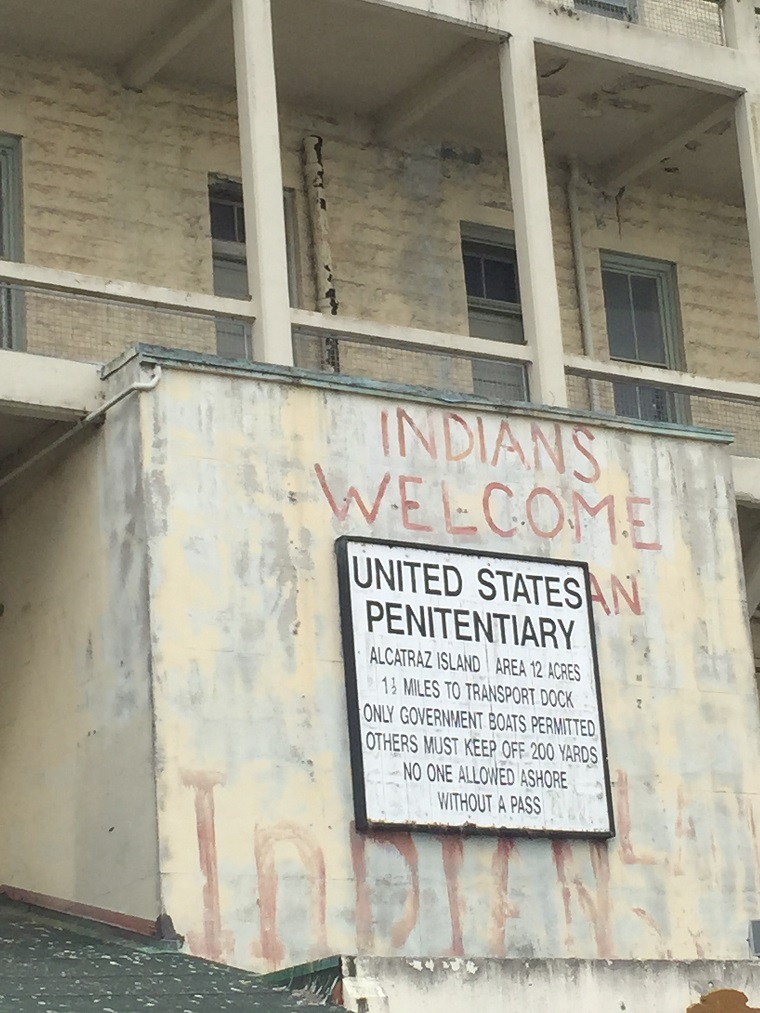 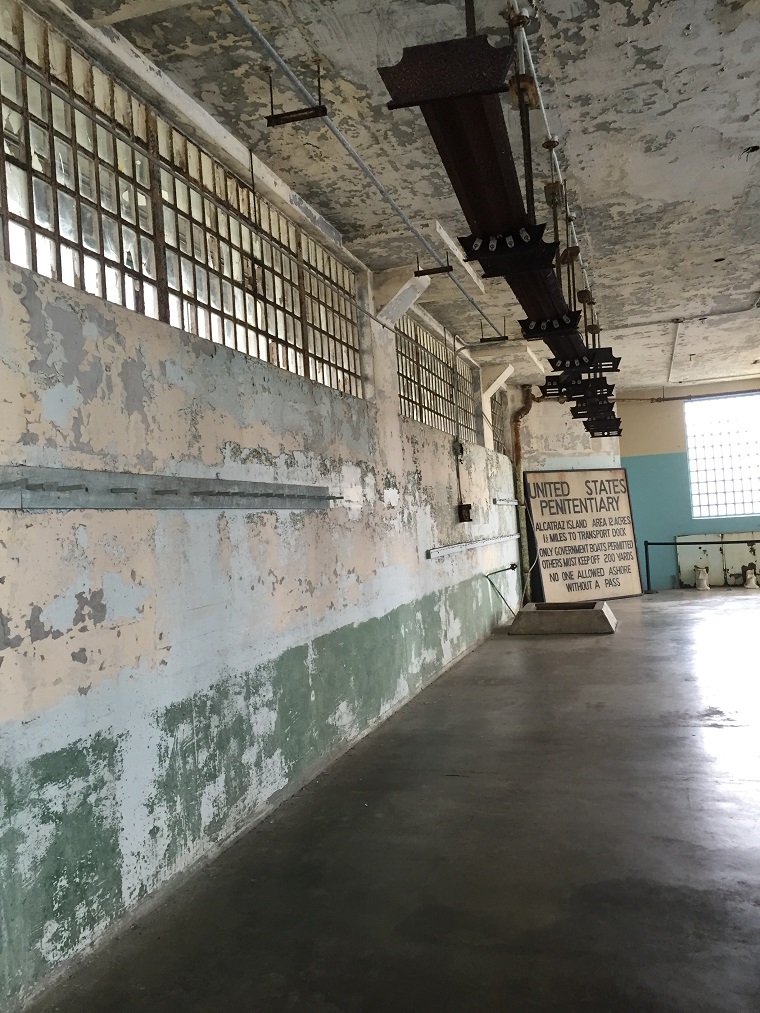 Pop in your headphones and let the 45-minuted audio tour “Doing Time: The Alcatraz Cellhouse Tour” guide you around the prison. If you’ve booked a night tour, you’ll be taken around the prison by a former correctional officer or park ranger, dipping in and out of decrepit cells, listening to stories from both staff and prisoners as you go.

It is difficult to get your head around the fact that these same cells once housed some of the world’s most dangerous criminals. They bathed in the same sinks that still hang on the walls and slept on the same beds that fill the cell floors today. In solitary, you’ll hear from a former prisoner who experienced those same four walls first-hand, something that stirs you to the core as you stand in his footsteps with his voice in your ears. Standing in the pitch black of the cells, with the door closed behind you if you like, is actually quite terrifying at night. 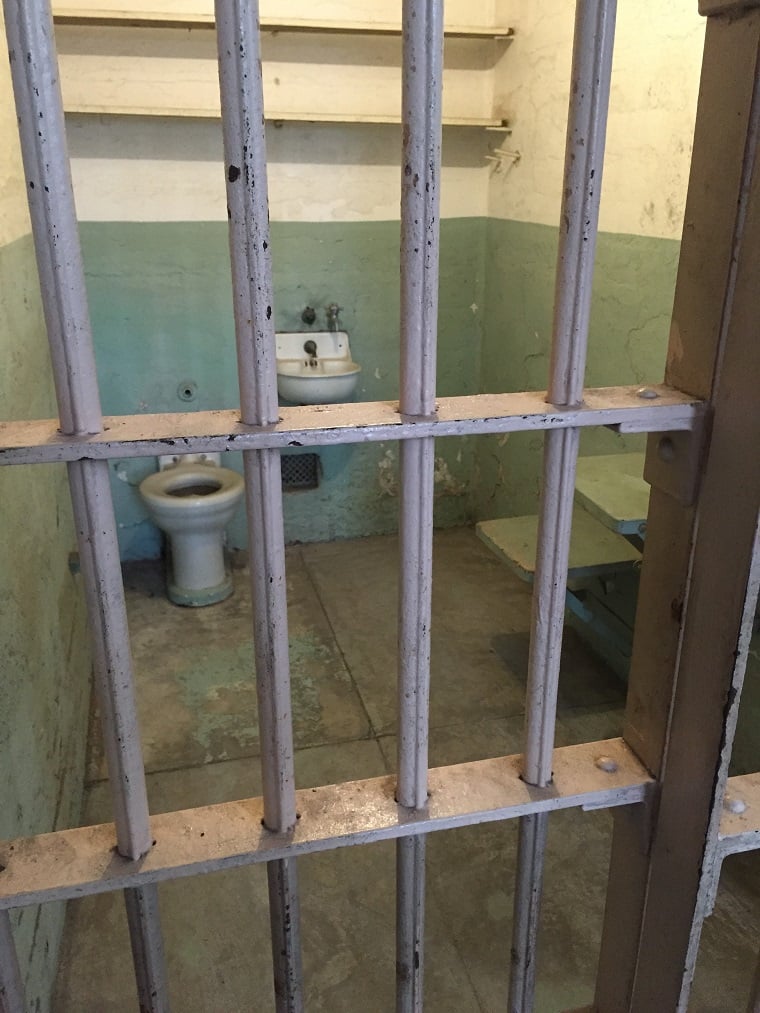 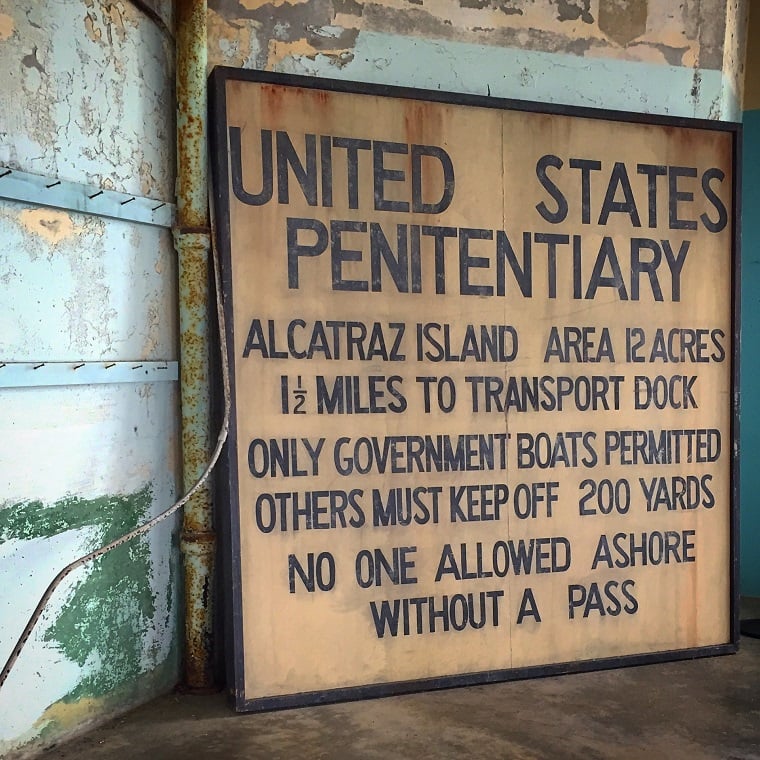 From outside, and through the bars of the tiny windows inside, the views from Alcatraz Island are some of the best you’ll see anywhere in San Francisco. Looking out over the bay, with the Golden Gate Bridge and the city lights in the background, gives you a sense of how desperate detainees likely felt at being so close, yet so far, to civilisation.

The tour concludes in the kitchens and staff quarters, after which you’ll have the chance to shop for some pretty cool Alcatraz souvenirs that’ll impress far more than the usual holiday tat you take home. Whilst there, we even had chance to have our books and tickets signed by a former inmate. 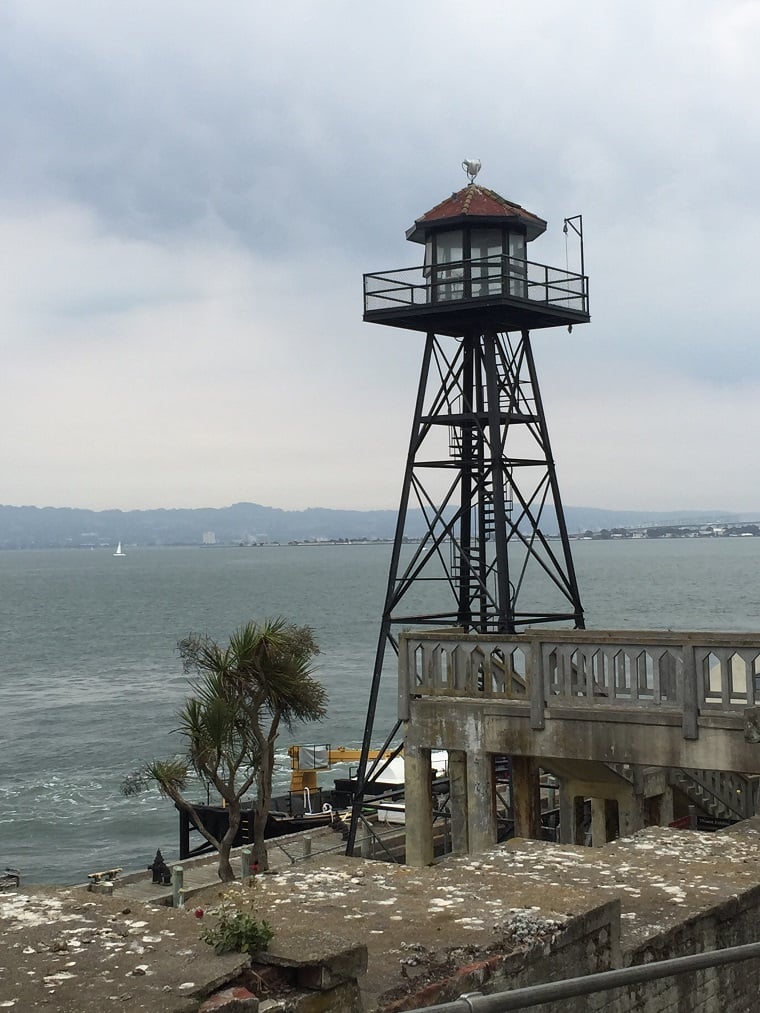 Top tip: Stick around to take in any special exhibits that may be on whilst you are visiting. We came across the ‘Prisoners of Age at Alcatraz’ photography exhibition during our time on Alcatraz Island, a series of photographers and interviews with elderly inmates currently serving time in US and Canada prisons. The exhibition was haunting, even more so when in the eerie surroundings of the prison walls.