Home Blog Cruise Insider information Britannia: What Are You Saying?

Britannia: What Are You Saying? 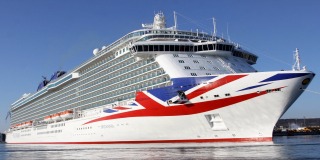 With so much hype surrounding the launch of P&O Cruises’ new ship Britannia, we wanted to know whether it met with everyone’s great expectations. With reviews of her maiden voyage filtering in from Bolsover Cruise Club members, we took a closer look at what you are saying about the most anticipated ship in years. 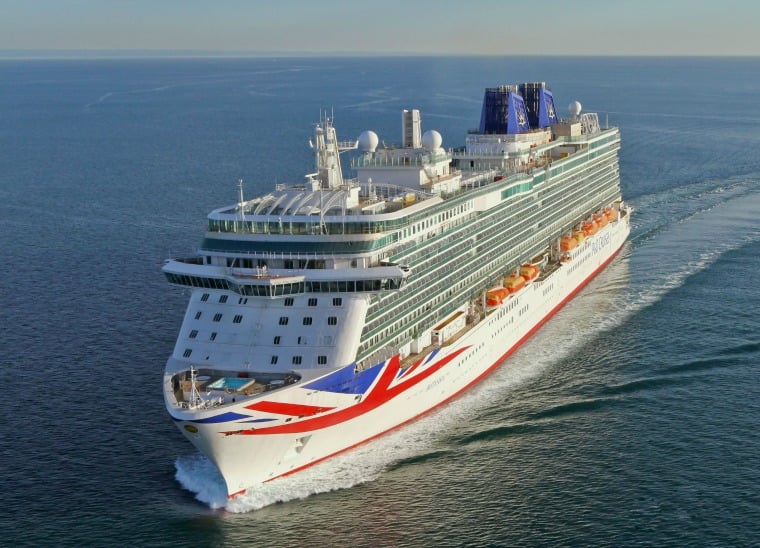 “I sampled the Limelight Club, the wine pairing in the Glass House, a meal in Sindhu, the Cookery Club, the gym, the buffet restaurant and Meridian Restaurant and can honestly say I had no complaints whatsoever.” 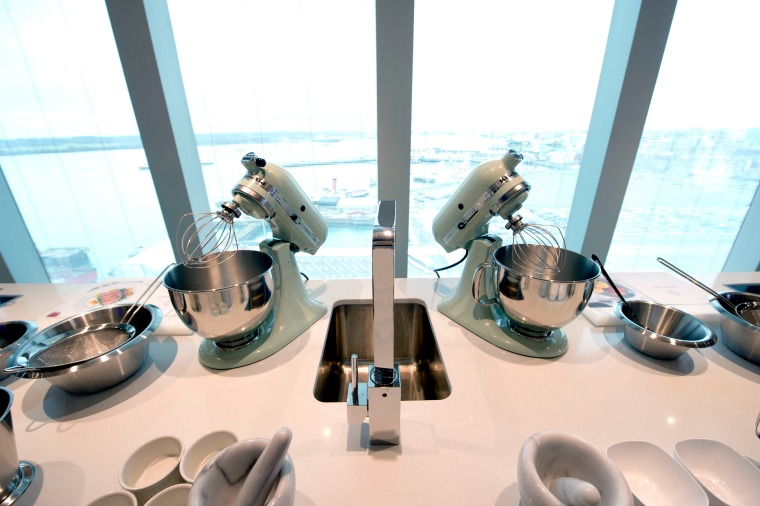 “The selection of restaurants was amazing and so was the food everywhere. Good to see some of the staff off other ships. Market Place area was also an exciting place to see everything going on. Good coffee shop and amazing cakes – should not be allowed.” 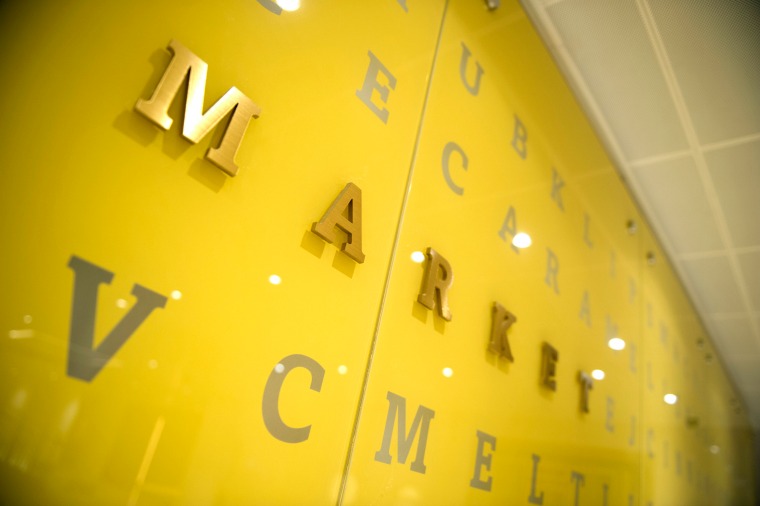 “The three main restaurants have had a role reversal. The Peninsular and Meridian Restaurants are now for Freedom Dinning and the Oriental for Club Dining. As we were on the latter and selected second sitting and asked for a table for 6 to 8 people. Ended up on a table for 4 along with a lot of other people not impressed. Our table companions were very good company luck of the draw. The food was of an acceptable standard but nowhere as good as on past cruises.” 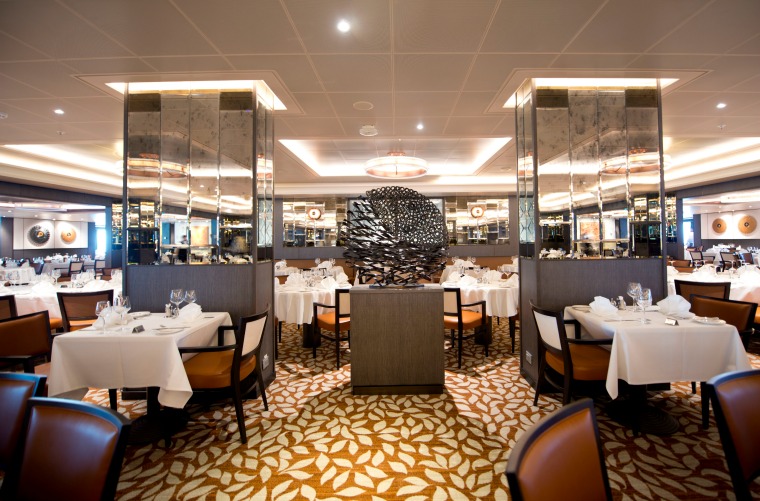 “We went down for dinner on our first night to the Meridian Freedom Dining and it was utter chaos! The dining room was not large enough for the number of people and it resembled a cafe on the motorway. Having said that the food when we got it was excellent.” 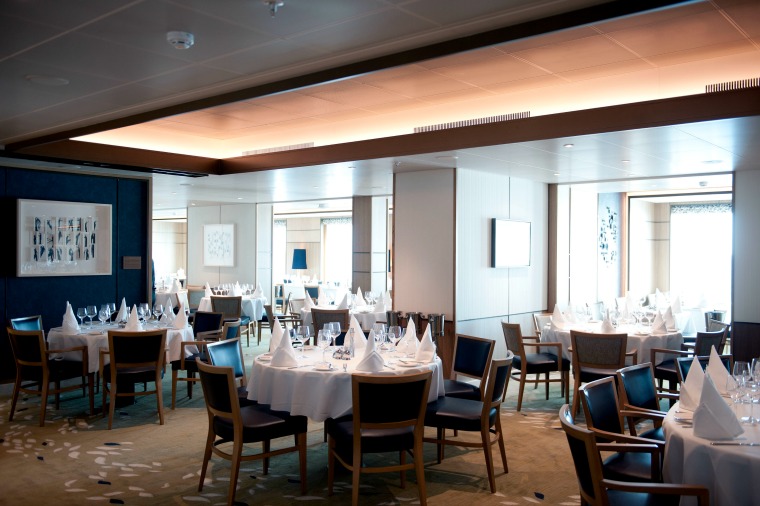 “We dined in the Peninsular Restaurant and the meal was lovely. I had the Marco Pierre White Beef Wellington and it has to be one of the nicest meals I’ve ever had on a cruise ship!”

“The speciality restaurants were reportedly doing good business and from reports we heard the standard of food was excellent. James Martin apparently had a full table (14) when he cooked and ate with passengers willing to pay the £150 charge. On the whole the food was extremely good, I can certainly recommend the Eric Lanlard cakes; they were delicious.” 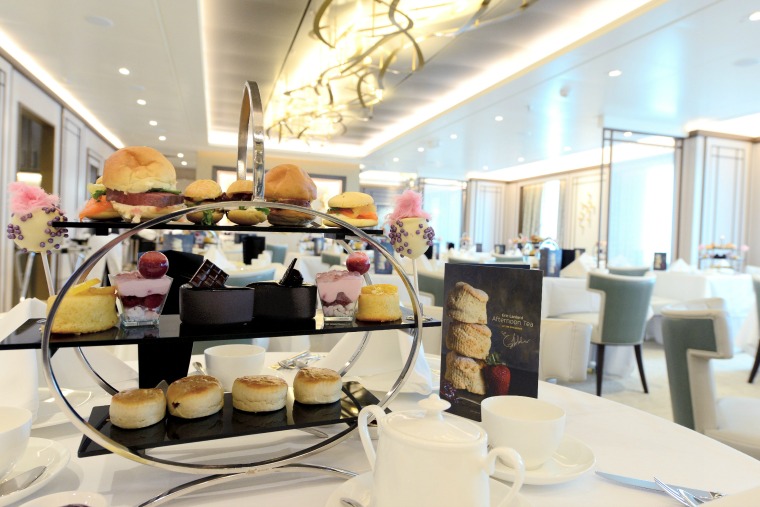 “It is a ship to be enjoyed as it has many options for speciality dining. The highlight for us was the Limelight Club; an excellent meal and an inspiring performance by Kiki Dee and Carmelo Luggeri.” 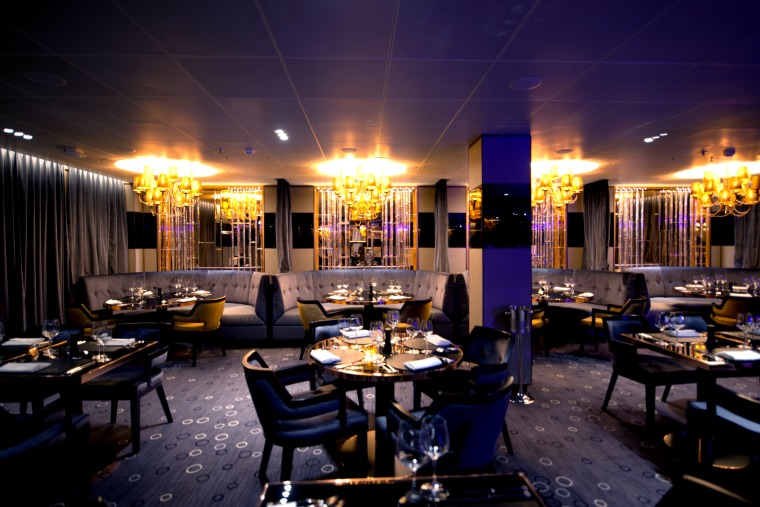 “WOW! What a fantastic ship. I have previously sailed on Oceana/ Arcadia and Ventura with P&O and this is by far the best. The atrium area is stunning!” 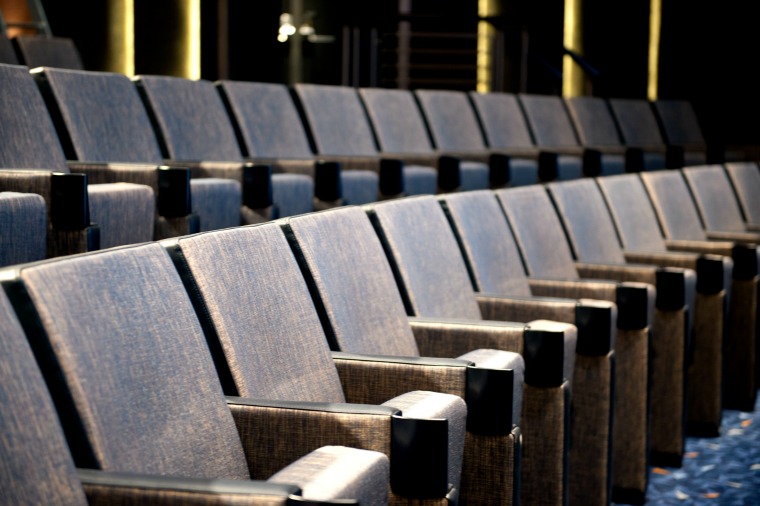 “The Main Theatre only has 400 seats, many shows are only on twice in an evening, which means only 800 out of 3500 are going to be lucky. Whilst there are other entertainment options if it is a show you want to see my advice is to dine early and get in the queue. If you’re on second sitting in the restaurant you may want to think about dining earlier elsewhere.”

“The Limelight Club was definitely worth a visit and the spa would make even the most stressed out person unwind and relax!”

“On entering via the 5th level into the atrium, all the hype and glossy pictures of the centre sculpture and stairwell, it was as good as a stage set.” 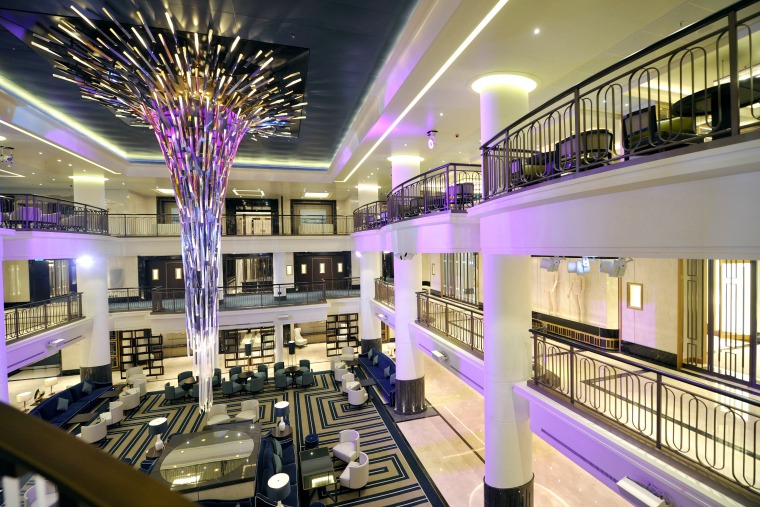 “Home from Britannia’s maiden voyage and one for the memory box, to be the first to sample its beauty I will always recall. This ship has a modern chic boutique feel about her!” 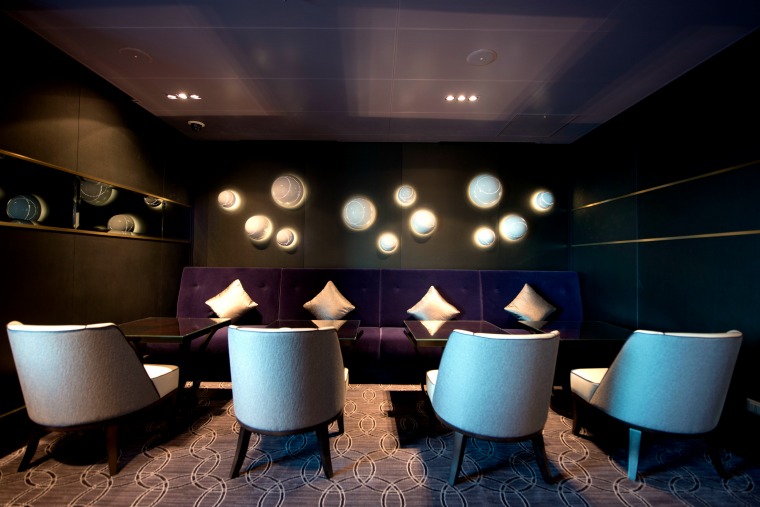 “The Atrium is airy and spacious with very comfortable high backed settees, and the Blue Bar serves just about any drink you want, cocktails, spirits and even real ales. It became obvious that this was a very popular venue and an obvious meeting place.”

“The entertainment provided by P&O was substandard with acts from Britain’s Got Talent and The Voice, or others that hardly anyone had heard of. Most passengers we spoke to also thought that after all the hype and publicity P&O would have had some top line entertainers on board.”

“We found the day and evening entertainment very mediocre.”

“WOW!! What a ship! Although she is so large she has a fantastic friendly atmosphere. The public areas are really well laid out and the overall feel is contemporary and elegant.” 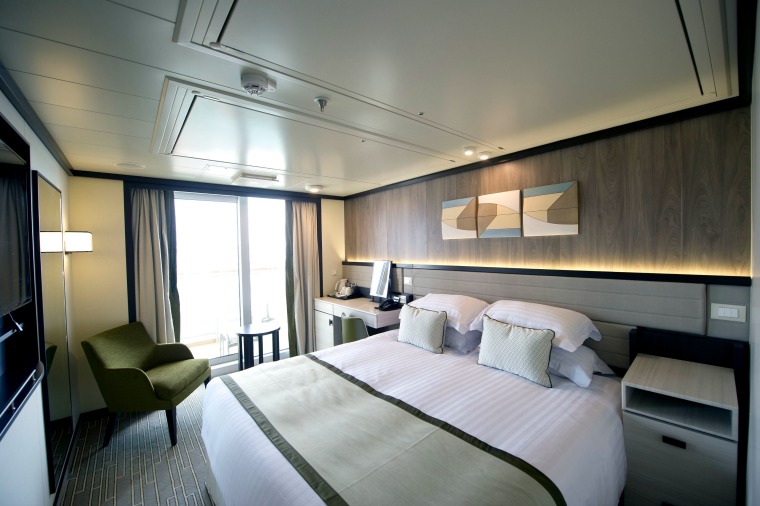 “I was wowed even by the corridors – all doors have dark wood and the room numbers give it a luxury hotel feel.”

“When we arrived on board we were met by our cabin steward who was so lovely and couldn’t do enough to help. We had a balcony cabin on C deck mid ship, just by the lifts. The cabin was very spacious and the decor was very modern.” 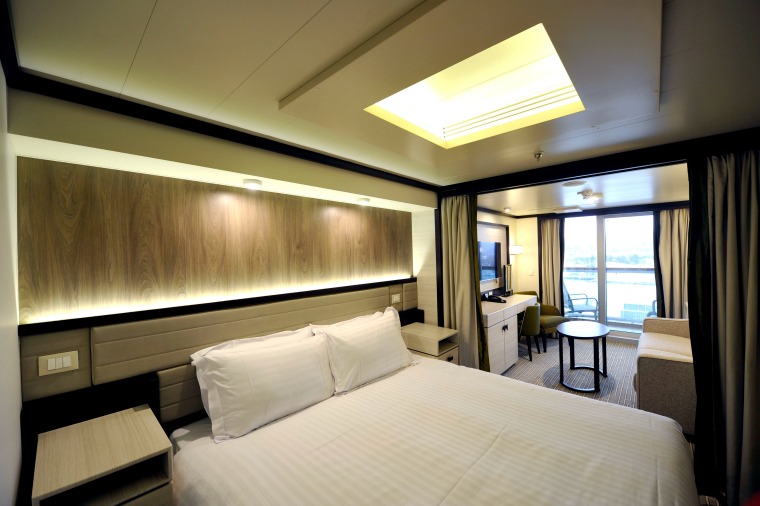 “An outside cabin with balcony and sofa as described in the brochure. It was light and airy but smaller than on other large ships in the P&O fleet. The bathroom was compact but at last a glass type shower door. The balcony was as wide as the room, but only extended out approximately 120cm; a Juliet type balcony.” 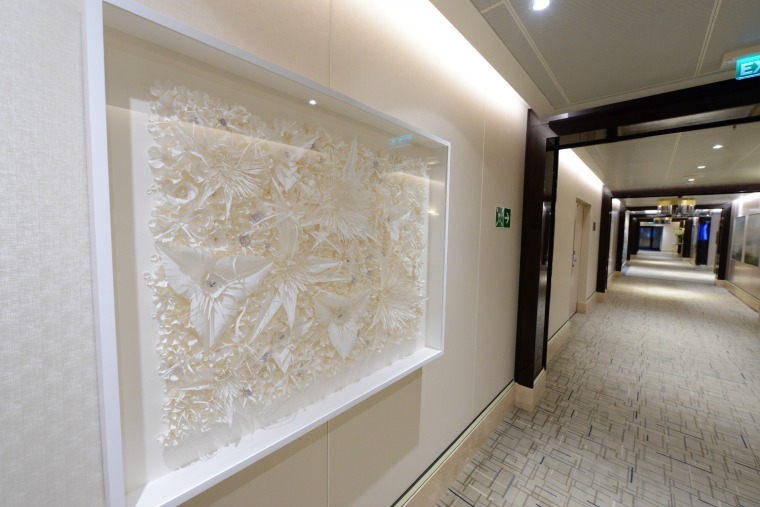 “I loved everything from the cabins (larger screen TV with wide selection of films and better shower cubicle).” 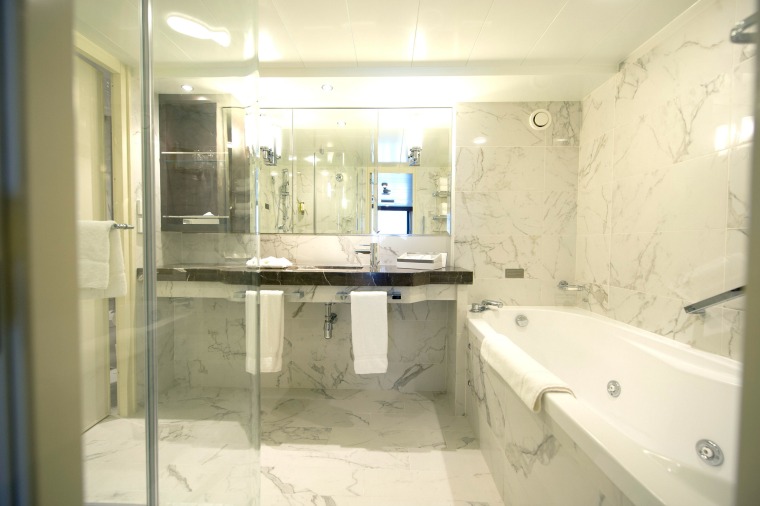 “If your cabin is above deck seven midships, then there isn’t a staircase for you to use, you have to rely on the lifts.”

“The cabins appear to be smaller than on other ships and likewise the balconies, but they were beautifully decorated and the beds were superb.” 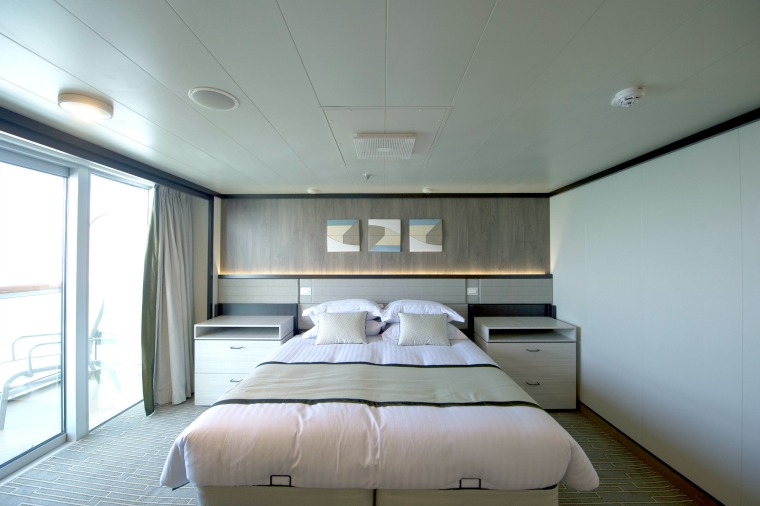 “We were in a balcony cabin F327 it was our first cruise on a larger ship as all our others have been on medium size such as Oriana, Aurora etc. The cabin seemed to be a similar size but the wardrobe area was a big improvement with a lot more space. A wonderful shower but smaller bathroom area.”

“Beautiful ship the Britannia, more like a hotel than the other ships. Our cabin was very comfortable.” 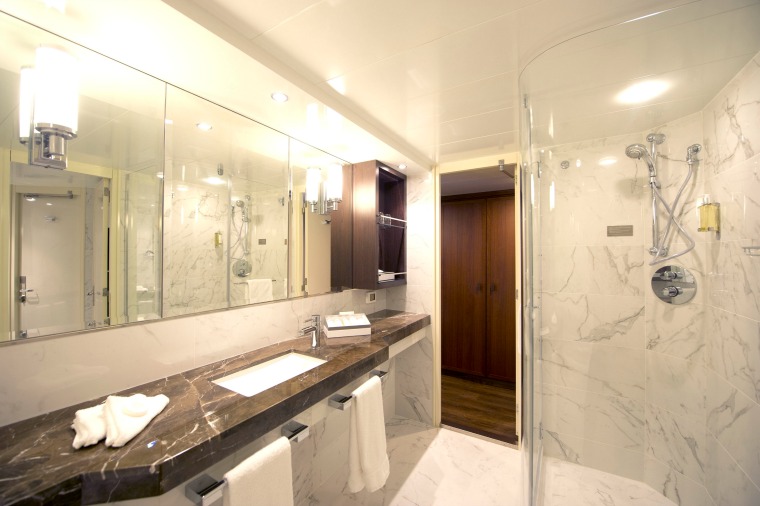 So there you have it! While Britannia’s entertainment venues have received mixed reviews, her dining seems to have exceeded the expectations that were set so high in the run up to her launch in March. Teething problems are to be expected aboard a ship so high profile and so large, but it would appear that the future looks bright for P&O Cruises’ Britannia!

Would you like to experience Britannia in 2016/17? Head to our P&O Cruises microsite for destination inspiration and the latest P&O cruise deals.