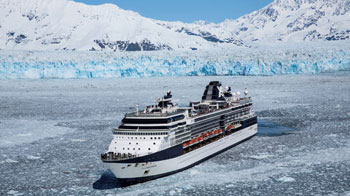 After the Caribbean and Mediterranean, Alaska is one of the most cruised areas of the world.

Although technically a part of the United States, its northern location means that not only does it experience a different climate – one that is typically much colder and more on par with Eastern Russia than Oregon or Washington for example – but the natural environment, the scenery and the overall feel of the state is a world apart from what many travellers think of as ‘America’.

Cruising the region really is a unique experience – there’s nowhere else like Alaska – but it’s also a necessary experience if you want to see the best of what the state has to offer.

Many of the state’s towns and cities – including the capital, Juneau – are inaccessible by car, leaving travellers with limited options of transportation. Cruises ensure that not only do you get from place to place with minimal effort, but also that you’re docked in the most convenient places to get the most from your time there.

Celebrity Cruises often operate three different ships throughout Alaska during the season – which runs from May to September.

May is usually the first month of the year that brings overnight temperatures above freezing (on average, you can expect night temperatures of around 6 degrees Celsius at this time of year), and it’s when the ice starts to melt enough that it doesn’t pose problems for ocean travel. 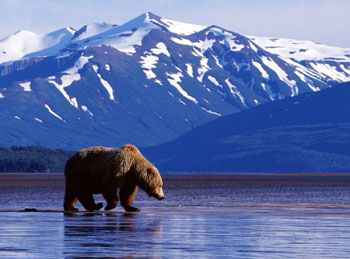 September is at the other end of the scale, with the days and nights becoming much colder and ice beginning to form in the water once more.

Although you may hear that Alaska’s warm season runs from 24th May to 8th September, it’s important to remember that the ‘warm’ season in the north is relative – topping out at around 14 degrees Celsius on average, you’ll probably require a jacket to be comfortable.

There’s also very little daylight during the winter months (just 6 hours 23 minutes on the shortest day of the year), so in order to make the most of the region’s stunning scenery, it simply makes sense to limit the cruising season to the summer months.

Ports You Can Visit

The best thing about Alaska is that it is so wonderfully versatile. You want big, bustling cities? They’ve got it. You want quiet, serene countryside? No problem. Most Celebrity Cruises itineraries for Alaska aim to take in a good mix of both cityscape and nature to really show the contrasting environments of the state.

For example, many itineraries include stops in Anchorage, Sitka, and Juneau, which all have something different to offer. 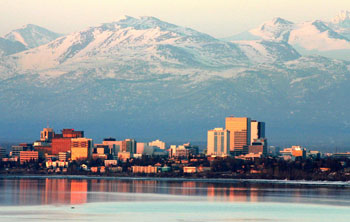 Anchorage itself is well worth seeing, but if you’ve visited the city before, or are keen to do something that’s a little bit ‘off the beaten track’, take a trip to Petersville – about a 2 hour trip north – on the south end of the Denali National Park.

Petersville is one of the few places in the state where you can gold pan recreationally without a license.

Gold panning was huge in Alaska during the late 19th century, and it’s believed there is still a great deal of gold yet to be gathered from the waters.

You can purchase an inexpensive plastic gold pan (or a more costly, yet more authentic, metal pan) from Anchorage. Why not try your luck and see what you can find? 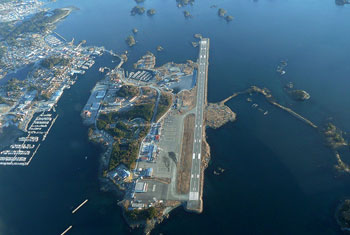 Before the state of Alaska was bought by the USA and incorporated into one of the United States, the land was owned, and governed by Russia.

At the time of the Russian ruling, Sitka was the capital city, and it’s here where you can really learn about Alaska’s Russian history, the sale to the United States and the continuing Eastern European influences.

Believe it or not, many of the buildings from the Russian era are still standing, with one of the most well preserved and most prominent being the Russian Bishop’s House, which was built in 1842.

The architecture really has to be seen to be believed – it’s very much Russian Colonial and remarkably plain in comparison to the architecture of Russia itself, which is influenced by nearby Asia. 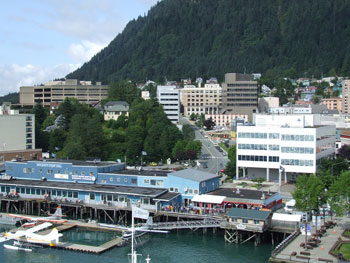 There is arguably no better Alaskan port than the port of Juneau. As the state capital, it’s a wonderful and vibrant place to visit that’s full of activity and attractions.

There is perhaps no other port in the world where cruise passengers can spend a morning hiking across glaciers, enjoy a lunch of locally-caught Alaskan salmon and then spend the afternoon shopping in the port for traditional native artwork and sculptures.

Juneau is definitely a place of extremes, with adrenaline sports coupled with relaxed shopping opportunities; it’s guaranteed to be the highlight of your trip!

Although the ships that Celebrity Cruises assign to Alaskan itineraries vary, they typically use Celebrity Century, Celebrity Millennium, and Celebrity Solstice. All are larger ships, all are luxurious and all boast special features and amenities that complement Alaska sailings.

On board Celebrity Century and Celebrity Millennium, for example, you’ll find the very first instance of an at-sea ice bar – the Martini Bar – that perfectly mimics the glaciers and icecaps that you’ll be travelling amongst.

Celebrity Solstice, on the other hand, one of the most luxurious ships in operation today, boasts the amazing Sky Observation Lounge, which commands unrivalled views across the breath taking Alaskan scenery – choose this ship if you plan to sail the Inside Passage for a once-in-a-lifetime experience. You won’t regret it!