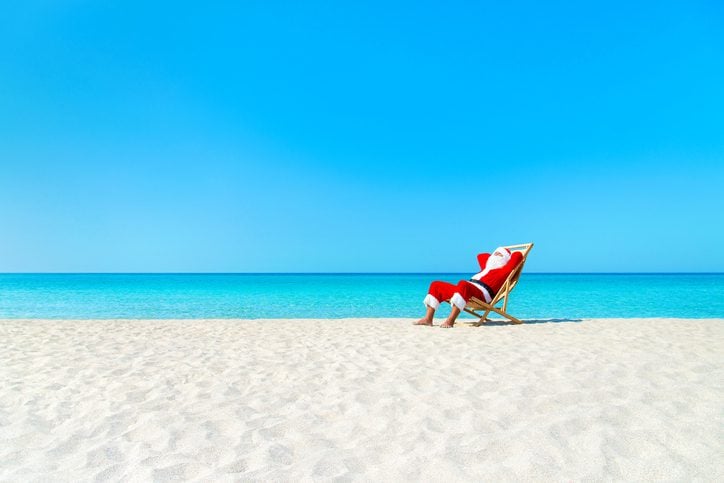 What is Christmas without an argument with Aunt Edna, someone cursing your cremated roasts and the inevitability of finding yourself in the middle of the latest family feud?

It’s not quite what we have in mind when we think about the season of goodwill, but the reality of the festivities can be hard work. Who’s going where on Christmas Day and who will be responsible for staying sober until they’ve taken Aunt Edna home? Who will be waking up at 5am to squeeze the overpriced turkey into the oven and who’ll be making the mad dash to find a shop that’s open when you realise you’ve forgot the stuffing balls?

And then there’s New Year’s Eve. The pubs you’d pay money to avoid all year round are now the same ones charging you to imbibe until midnight and share a sing-song of Auld Lang Syne with complete strangers. Celebrate with a meal and you’ll pay double, open your house and you’re faced with the tidying up.

No wonder Christmas cruises are oh-so-popular; letting someone else take care of the cooking and trading the Boxing Day sales madness for Caribbean beach days is a temptation that is almost impossible to resist. Tempted? Here are our answers to the Christmas cruise questions you’ve always wanted to ask.

I can’t imagine a Christmas without pigs in blankets and stuffing balls. Will I have to make the ultimate sacrifice if I decide to do a Christmas cruise and spend Christmas Day on board?

As much as we love a Christmas cruise, we’d rather give it all up than spend a single Christmas without pigs in blankets. Fortunately, the cruise operators know as well as we do that the Christmas dinner is a British institution and one which must be upheld even at sea. Christmas Day is usually a sea day and you’ll find that there’s no compromise when it comes to keeping the festivities we know and love. Most cruise lines will dish up a traditional Christmas dinner – crackers and all – and you can tuck in knowing that someone else is taking care of the washing up. You can then snooze off the resulting food coma under the sun, in say the Canary Islands or the Caribbean. 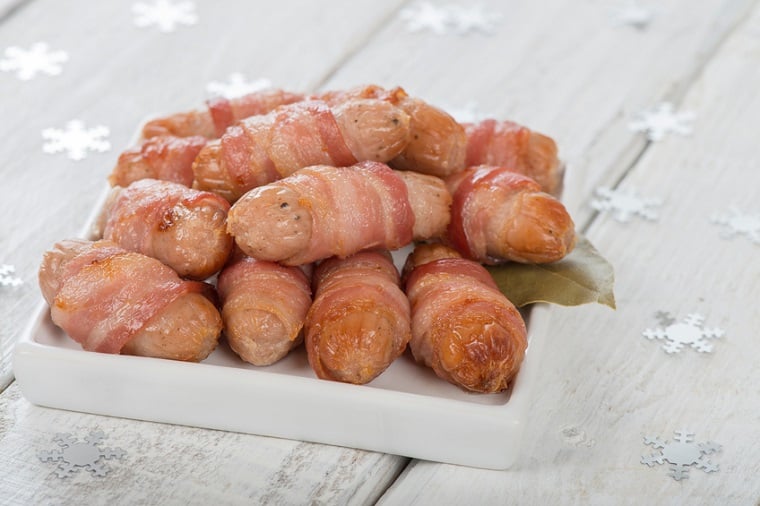 I go all out when it comes to the decorations. Can I expect much more than a solitary Christmas tree hidden in a hallway on board?

Prepare to be amazed because cruise lines go BIG on the Christmas decorations. Your magpie tendencies will be on overdrive in the ship’s atrium, which is where you will usually find the ship’s main Christmas tree. Word of warning for you competitive Christmas trimming types: prepare for some serious tree envy!

The festivities on board tend to go well beyond a single, albeit opulently decorated, Christmas tree. Garlands are strewn around stairways, Christmas carols are played by the ship’s resident musicians and in special Christmas-themed shows, and the Christmas lights put those on your local high street to shame. Movies up on deck tend to take on a Christmas theme too, and you might even spot Santa Claus himself kicking back on a deckchair between shifts in the Toy Factory. 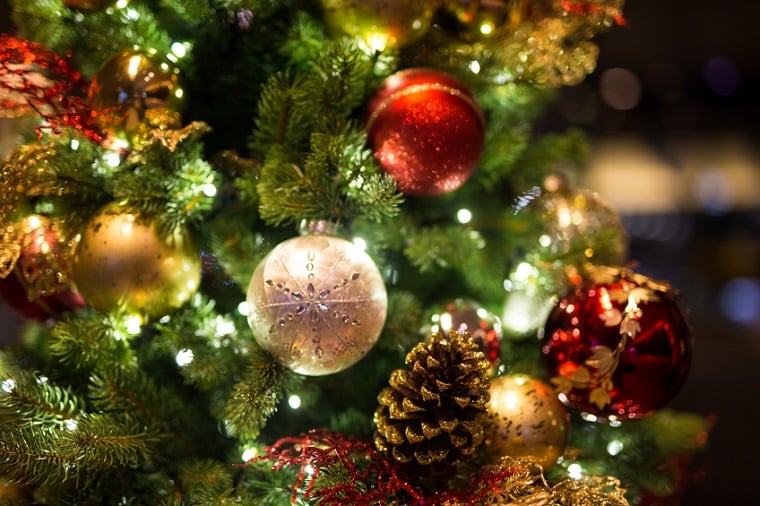 Speaking of Santa, we’re guessing he doesn’t much fancy sliding down the funnels of a ship amidst his busy Christmas Eve schedule. Will the presents have to wait until we get home?

The great thing about a Christmas cruise from Southampton is that, if it’s a round-trip, you’ll have an all but unlimited luggage allowance. And that means more room for presents. Whilst we’re not saying you’ll have room for the kids’ new bike or dolls house, it does mean that Christmas morning can start with the all-important present bit. Does anything sound better than the thought of presents in your pjs, followed by a super-indulgent breakfast on the balcony or in the ship’s dining room? Plus, you get to have another Christmas before or after your holiday for those gifts that don’t fit in your case. Two Christmases, one of which is spent in the sun? That is what we call a win-win. 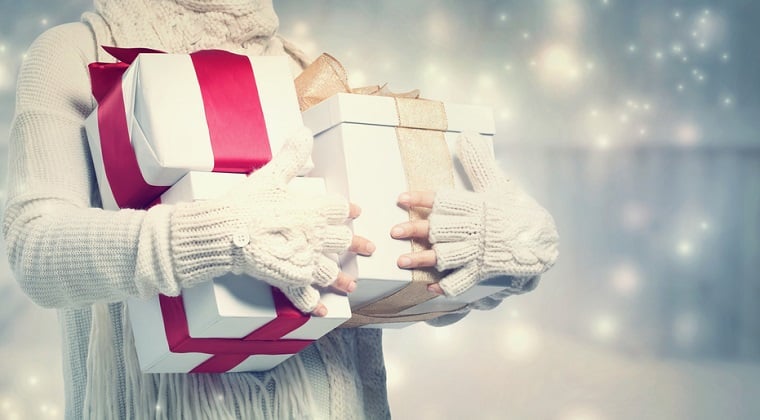 My Christmas starts with Midnight Mass and I usually attend a Christmas service. Will I have to skip this if I spend the festive season on a Christmas cruise?

Cruise lines realise that Christmas isn’t just about tinsel and turkey with all the carefully-tended trimmings. Most cruise lines, including P&O Cruises, Cunard, Royal Caribbean International, Holland America Line, Seabourn, Silversea and Regent Seven Seas Cruises will host an on board clergy for the duration of their Christmas cruises. Midnight Mass and other Christmas Eve and Christmas Day services may vary between single faith and interdenominational services; your Sales Consultant can tell you which are available on your specific cruise line. 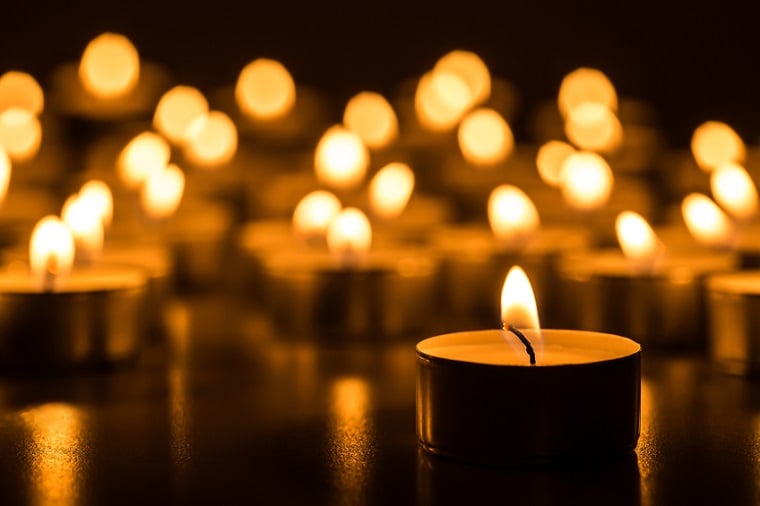 I’m greedy and I want the best of both worlds. Can I have Christmas Day at home – I kinda like the family dramas and I’ll ruin Christmas for everyone if I don’t make my legendary roast – and then jet off afterwards?

Only if you fancy leaving everyone else in the post-Christmas slump while you head for sun, sea and shed-loads of champagne. Sound good? We thought so.

New Year’s cruises are hugely popular and it’s easy to see why when you consider how much of an anti-climax the night so often is at home. Ditch your local and their cheap balloons and even cheaper ‘champagne’ and raise a toast to 2017 at sea instead. Your options are pretty endless but here are some of our favourites:

Sing Auld Lang Syne somewhere in the Caribbean with P&O Cruises, with Britannia and Azura both heading there once Christmas is out of the way. If you prefer your Christmas cold, P&O’s Western Europe sailing will see you spend New Year’s Eve in Amsterdam; one of the best party cities in the world.

If you’re determined to start your next New Year in luxury style, Oceania Cruises will fit the bill. Spend Christmas Day at home in 2017 and then bid everyone farewell as you jet off to join Oceania Marina on the 18-day New Year Rendezvous; a voyage which features Caribbean islands, a Panama Canal transit and a bucket list trip to Machu Picchu. Extend the adventure even further on the Celebration at Sea itinerary, which will see you leave the dreariest month of the year behind for 35 days spend in Mexico, Belize, Guatemala, South America and the South Pacific. Now that is how you start a new year! 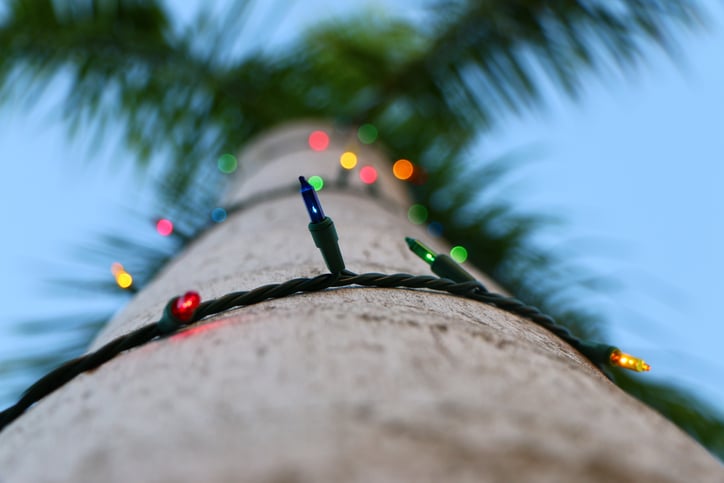 Last but by no means least; can I bring my Christmas jumper on a Christmas cruise?

Erm, why would you not?! Christmas jumpers are almost as obligatory as passports on a Christmas cruise!

Speak to a Bolsover Cruise Club Sales Consultants today and start planning where you’ll be wearing your Christmas jumper this year.

Tags: Christmas cruises from the UK, Categories: Family cruises,Food and dining on cruises,Planning your cruise