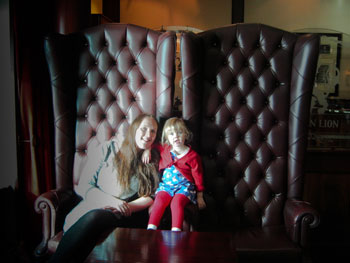 As three generations of the same family travelling together, we felt we had all bases covered in terms of activities and interests.

As a 20-something and a 50-something, my mother and I had cruised many times before, and we had a good idea of what to expect with regard to how the voyage would play out for us.

My daughter, aged 2, had never cruised before, so the concept of ‘family cruising’ was completely alien to us. Normally, cruises are filled with plenty of hanging out on deck, sipping cocktails in the bars, trying our luck in the casinos, and taking in the late night shows.

This time was to be very different, but equally, if not more, enjoyable.

Initially, there was the worry that, due to its grandeur, the Queen Mary 2 wouldn’t be particularly welcoming of small children who don’t understand that 4am is too early to wake up, and who don’t know how to behave at formal dinners. Fortunately, nothing could be further from the truth.

Nurseries were actually introduced onto select Cunard ships as early as the 1800s, where babies and children were fed fresh milk from the onboard cow!

Today, the Queen Mary 2 boasts ‘The Zone’, comprising of different sections and areas for children of different ages. At 2 years old, my daughter was in the ‘Play Zone’ area. 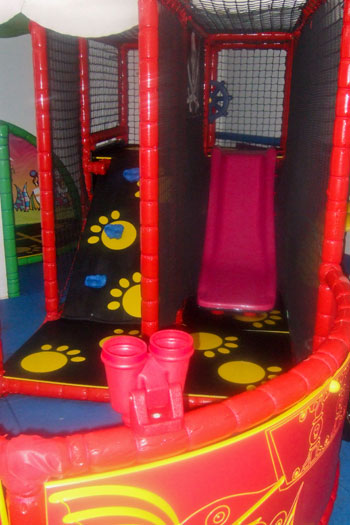 Along with a TV showing cartoons such as Peppa Pig and the Mickey Mouse Clubhouse, there were various toys, games, and activity tables to keep the little ones occupied.

The children were encouraged to paint, draw, and even design their own t-shirts. The Play Zone focused on a different theme each day, with activities based around that theme. Themes included dinosaur day, pirate day, and space day, so there was also an educational aspect to the schedule, too.

My daughter’s favourite was, by far, pirate day, when the children were escorted on a ship-wide treasure hunt which culminated with a drink and some ice cream in the Kings Court buffet. The Play Zone opened up to a private outdoor area on deck 6, complete with a small playground, ride-in cars which were excellent during the warm and sunny weather (reaching 18 degrees celsius!) on day 4.

The Play zone was open for 11 hours each day, and toys, books, and games could be borrowed for use in the cabin, if desired. The kids all seemed to love The Zone, and the staff were very attentive towards them, clearly loving their job.

Outside The Zone was the open air Minnows Pool that was child-friendly, although admittedly the water did look a bit… fresh! Despite this, I did see passengers enjoying a swim, so it couldn’t have been too cold.

My family and I chose to swim in the undercover Pavillion Pool instead, which was lovely and warm all day long. The pool was big enough to accommodate 14 swimmers at a time, but small enough that it felt safe for kids, and we could easily spend an hour or two enjoying the waves formed by the gentle rocking of the ship. 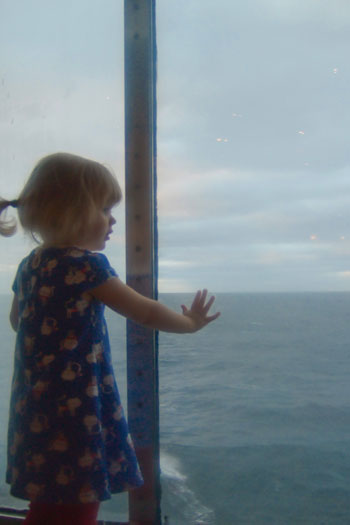 Even activities that aren’t necessarily child-centric were proving to be a big hit for the little ones. Watching the water splashing up, spotting the jumping dolphins, finding the different animals on the wall murals, checking out books in the library, riding in the scenic glass lifts, windy walks around the prom deck, and stroking the dogs in the onboard kennels were all very much enjoyed by all of us.

Even the napkin folding workshop, which I feared would be a bit tame for an active two year old, was of interest, and my daughter proudly came away with a beautiful napkin rose.

In the main dining room, the Britannia Restaurant, a children’s menu was provided, and although there’s no longer an onboard cow, there were plenty of kids’ favourites such as chicken nuggets, fish fingers, and ice cream. In the cabin, an extra bed was pulled from the ceiling to accommodate all of us comfortably.

Our cabin steward, Albino, was a true magician, retracting the bed when we were at breakfast each morning, and having it made up upon our return each evening.

One aspect of the cruise that I certainly didn’t expect was how attentive Cunard employees and many fellow passengers were to the children on board. Almost everyone stopped to chat, and my daughter knew many passengers by name within a few days, and vice versa.

The Cunard staff made her feel like a real Princess, and one of the kind Food & Beverage managers even bought her a toy from the gift shop.

Cunard make travelling with children not only easy, but enjoyable!