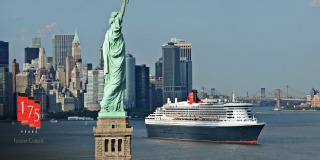 As Cunard’s 175th anniversary celebrations come into focus, we thought we would dedicate today’s blog post to ‘the most famous ocean liners in the world’. Such a vast history has paved the way for decades of royal visits, Hollywood appearances and even marriage proposals. A lot has happened since Cunard took to the seas in 1840, and here is just a snapshot of some of it. 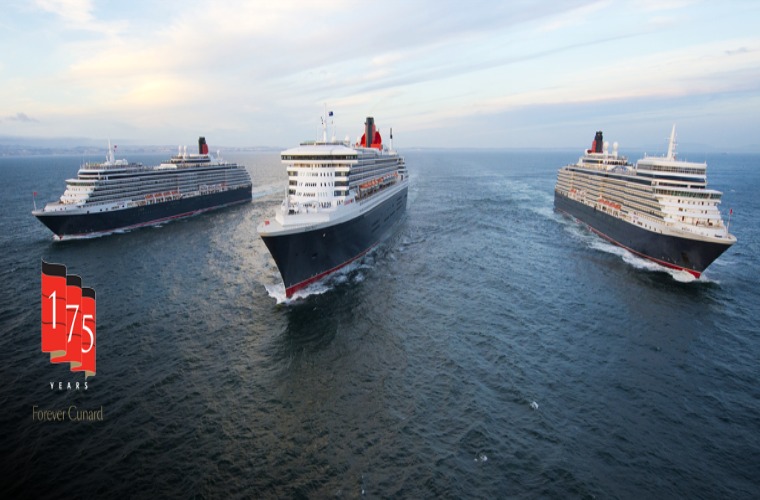 Did you know that 1840, the year of Cunard’s introduction into ocean cruising, was also the year that;

» The first deep sea sounding was recorded on January 3rd

» The world’s first adhesive postage stamp, the Penny Black, was issued in the UK. The stamp was issued on May 1st, for use from the May 6th

» York Minster was badly damaged in a huge fire on May 20th. The fire was caused accidentally when William Groves, a clock worker who had been carrying out repairs, left a candle burning. The fire destroyed the Belfry in the south west tower, and the nave roof and vaulting. The cathedral sunk into debt as a result and didn’t’ reopen until four years later

Three world-renowned artists were born in 1840:

» Winston Churchill credited Cunard with shortening the Second World War by at least a year, when its ships brought 15,000 American soldiers to Europe at a critical time

» Three cats sailed on the first voyage of Cunard’s Britannia in 1840, brought aboard to keep rats away

» When she sailed in 1936, singer Frances Day brought her own hens aboard in order to guarantee the quality of her eggs. The hens were kept on Sun Deck, next to the kennels

» Cunard ships have transported many animals throughout the years, with the largest of which know to be a 3 year old hippopotamus called Jimmy. Jimmy travelled on board the Pavia in 1963, on his journey from Naples to Chester Zoo.

» Cunard has long attracted the rich and famous to its ships. Although so famous on land, once at sea they could walk everywhere without constant requests for autographs and intrusion by the press. During the late 40s and early 50s, food rations continued in England, yet on board Cunard liners the food was plentiful and of a standard better than even the finest restaurant ashore.

Here are just a handful of the stars of silver screen, political figures, royalty and rock stars who have travelled aboard a Cunard ocean liner:

The English writer made references to his 1842 trip with Cunard in his book American Notes. Chapter 1 ‘Going Away’ sees him describe the boarding and departure process, before Chapter 2 ‘The Passage’ goes into more detail about his transatlantic crossing.

The American author sang the praises of Cunard’s crew, saying ‘the Cunard people would not take Noah himself as first mate till they had worked him through all the lower grades and tried him ten years and such matter’.

The star of the silver screen sailed many times aboard Queen Mary and Queen Elizabeth throughout the 1930s, 40s and 50s. Sailing under an alias and departing the ship as a stewardess, Greta remained inconspicuous at all times and the ship’s official photographers were under strict instruction not to photograph her. The actress was never seen in the ship’s public rooms, instead spotted only walking along the Promenade Deck in very plain clothes and without any make up. 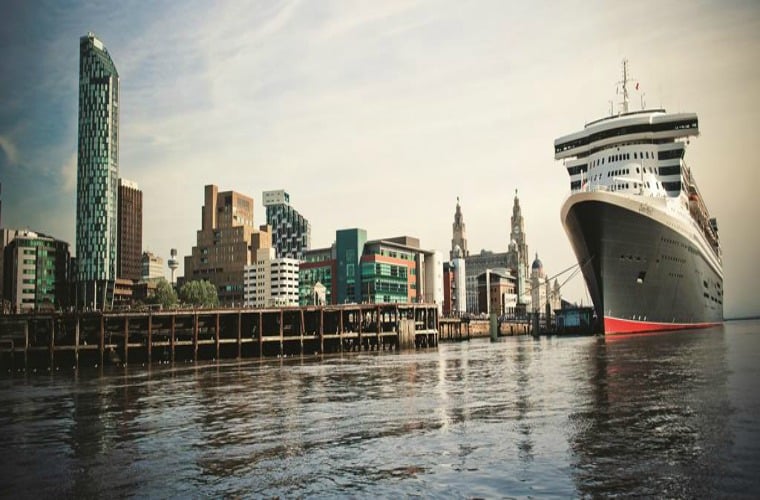 The actress was never seen at breakfast and rarely seen at lunch, yet made a spectacular appearance at dinner each and every evening.

The dashing actor referred to the original Queen Mary as ‘the eighth wonder of the world’ and even met one of his five wives at a black tie dinner aboard the ship.

The Hollywood icon sailed with Cunard many times, even enjoying four of her eight honeymoons at sea. Queen Mary hosted the newly married actress and her new husband, hotel heir Conrad ‘Nick’ Hilton Jr., for their 14-week honeymoon in May 1950. Later, husband Richard Burton would accompany the actress many times on her transatlantic crossings.

Audrey Hepburn and new husband Mel Ferrer travelled aboard the Queen Mary to Europe for their second honeymoon in June 1957.

The South African anti-apartheid revolutionary and president travelled on the Queen Elizabeth 2 in March 1998 and was even rumoured to have proposed to Graça Mandela during the voyage from Durban to Cape Town.

The British Prime Minister travelled on the Queen Mary three times during World War II and even signed the D-Day Declaration on aboard. Speaking of the Cunard ships, Churchill said “Built for the arts of peace and to link the old world with the new, the queens challenged the fury of Hitlerism in the battle of the Atlantic. Without their aid, the day of final victory must unquestionably have been postponed.