Dubrovnik – otherwise known as the Pearl of the Adriatic – is one of the most enchanting Mediterranean destinations you can visit on a cruise. The towering walls that surround the Old City, encircling it like a protective arm, look incredible from the sea – and are just as impressive up close once you’ve gone ashore.

The city oozes history and culture, with incredible architecture and historical monuments seemingly around every turn. If you’ve chosen to reach Dubrovnik on a cruise, you’ll already have visited several of Europe’s most striking cultural cities en route – our latest infographic offers a suggested itinerary. It might even provide you with the inspiration you need to book a last minute cruise!

To help get you excited about the prospect of exploring Dubrovnik for yourself, we’ve put together this mini guide to introduce you to the city. 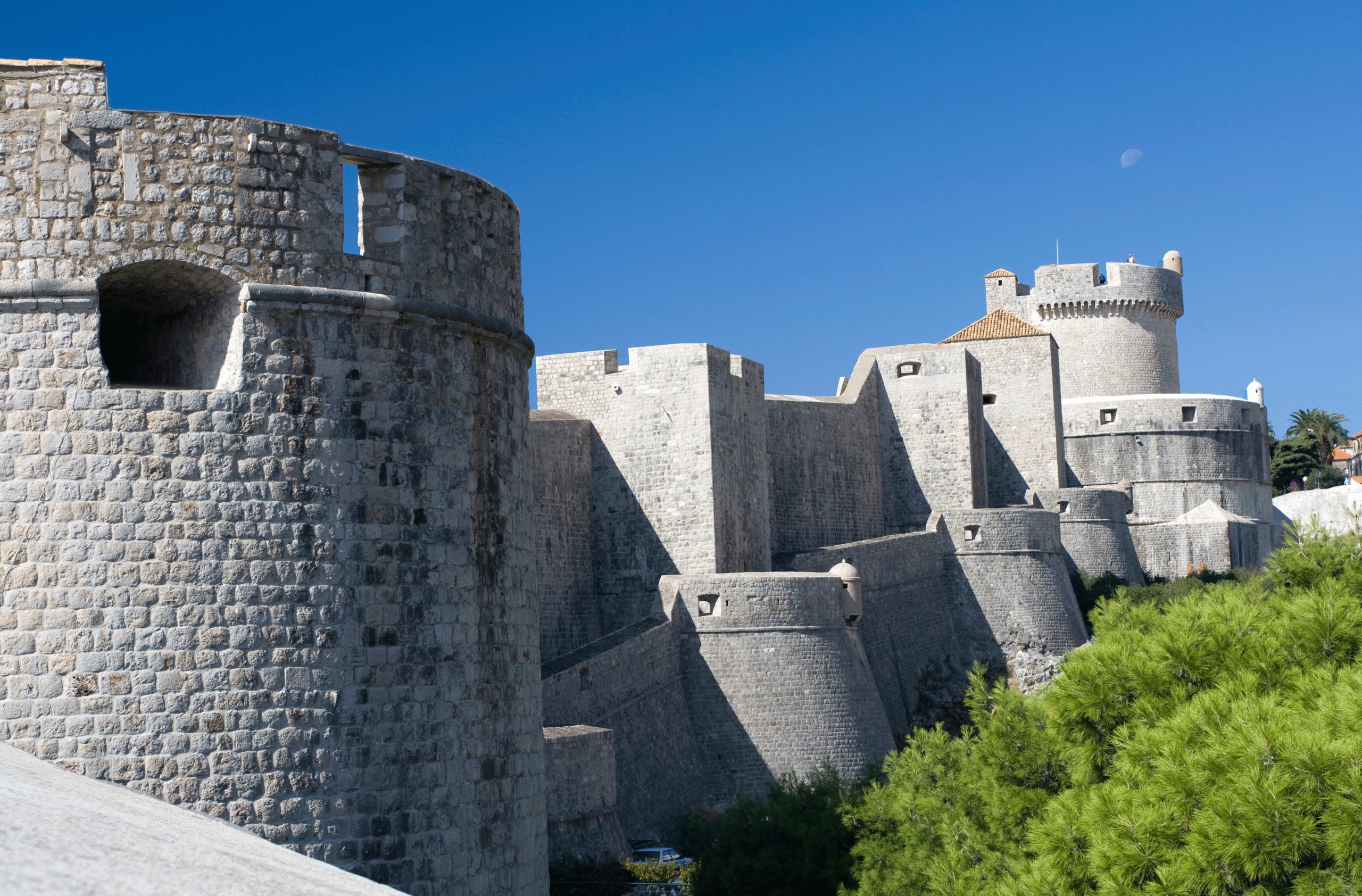 It would probably be easier to answer the question ‘why not Dubrovnik?’ given the vast array of incredible attractions that the city is home to, not to mention its utterly charming atmosphere. It doesn’t have the nickname Pearl of the Adriatic for nothing!

When you approach the city on a cruise ship, you’ll see its defensive walls – which are a symbol of its strength and stand testament to the fact that the city remained impenetrable to numerous invasion attempts over the centuries. These huge ramparts protect the historic centre of Dubrovnik and the best way to appreciate them once you’re on dry land is to walk along the top – this has the added advantage of giving you a good overview of the streets and alleys of the Old Town before you venture into them yourself.

The sense of history is palpable – if buildings could talk you know that the structures in the Old Town would have some incredible stories to tell. It really is the remarkably well preserved architecture that’s the star of the show here.

There are too many important historical landmarks in Dubrovnik to go through them all in this guide, but there are a few that really stand out. The walls are just one – here are a few more for you to seek out during your stop in the city.

First up is the Rectors Palace, once the administrative hub of the Dubrovnik Republic. Now it houses a fascinating museum displaying coins, furniture and paintings by Croatian masters, among other things. Linger outside before you enter though, as the blend of Gothic, Renaissance and Baroque architecture is truly breathtaking.

Placa – also known as Stradun – is the main street in Dubrovnik and represents its harmonious past. The buildings that stand here today are all in the Baroque style and were constructed following a devastating earthquake in 1667.

As you may expect given its impressive defences, Dubrovnik is home to numerous forts. These all have their own charms, but perhaps one of the best to visit is Lovrijenac Fort, because it stands on the 37 m-high cliffs just beyond the city’s walls and boasts incredible views.

Taste of the Med

Dubrovnik’s culinary traditions are, naturally, inextricably linked to the ocean. Fresh seafood is on many menus and is certainly worth trying during your visit. There are several markets in Dubrovnik that you can visit if you want to get a flavour not just of the cuisine, but of local life as a whole.

Stari Grad in the Old Town is one of the most popular and as you wander among the stalls here you’ll be offered tempting samples by the producers trying to sell their wares. Small, deep-fried sardines are presented crisp and fresh by street vendors, dried fruits are piled high in colourful assortments on the stands, and rows of locally-made jams and honeys line the tables.

Soak up the sights, sounds and smells of the market as you stroll. Pause to check out what each vendor is offering and enjoy the simple act of observing the locals going about their daily business.