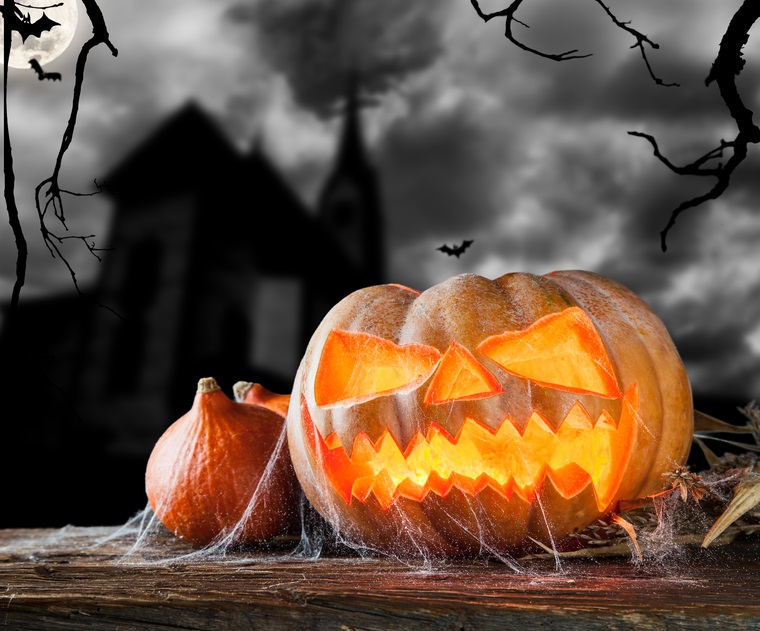 We couldn’t let Halloween pass us by without delving into the hotels where your pre-cruise stay is almost guaranteed to be disturbed by things that go bump in the night. From murderous rock stars to enraged architects; the otherworldly apparitions at these eight establishments are enough to make you even more excited about checking out of your pre-cruise hotel and into the safety of your stateroom.

Charleston may officially be America’s friendliest city but it is also one of the country’s oldest, so one might expect a ghoul or two amongst the buildings. The Battery Carriage House was established way back in 1843 and is widely renowned as the most haunted hotel in the city. Room 8 is reportedly home to the ghost of a headless torso who hovers alongside the bed, whilst the gentleman ghost of room 10 takes terrorising a step further, appearing beside the guests inside the covers.

This hotel sits at the heart of Florence, one of the most romantic destinations in the world. However, nothing dampens a night of passion like the feeling of icy breath on your face or catching sight of a maid slipping silently between the rooms. Other apparitions include a little girl giggling in the halls, an elderly lady knitting in an armchair and a gentleman who has is known to press down silently on the chest of guests while they sleep. Amore indeed! 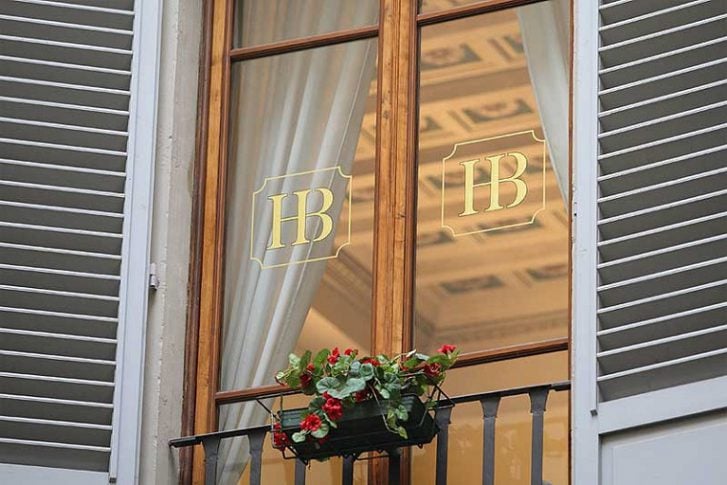 The Cunard liner cum floating hotel in California has played the part in countless ghost stories over the years. Whilst many still refute claims of ghostly goings on, putting them down to marketing twaddle designed to attract attention to the hotel’s twilight tours and nightly séances, others remain steadfast in their reports of the hauntings. Amongst the otherworldly guests reported to make their homes aboard are a little girl who died after falling from a banister in the stairwell, a sailor who met his peril in the engine room and two ladies who died in separate tragedies in the ship’s First Class pool.

Here's your time to stay aboard the Queen Mary. Rates as low as $110 for the first week in November! Act fast before rooms are sold out!

Hotel Chelsea once sat at the heart of bohemian New York life, the haunt of rock stars and writers alike. Arthur Miller headed here to recover from the heartbreak of his divorce from Marilyn Monroe, Arthur C. Clarke wrote 2001: A Space Odyssey here and it was at the Chelsea that Dylan Thomas drank himself to death by means of 18 straight whiskies in 1957. Thomas’s spirit is said to remain here, along with that of Sex Pistols guitarist Sid Vicious, who killed girlfriend Nancy in room 100 and apparently returned to the scene of the crime following his death by overdose whilst on bail. 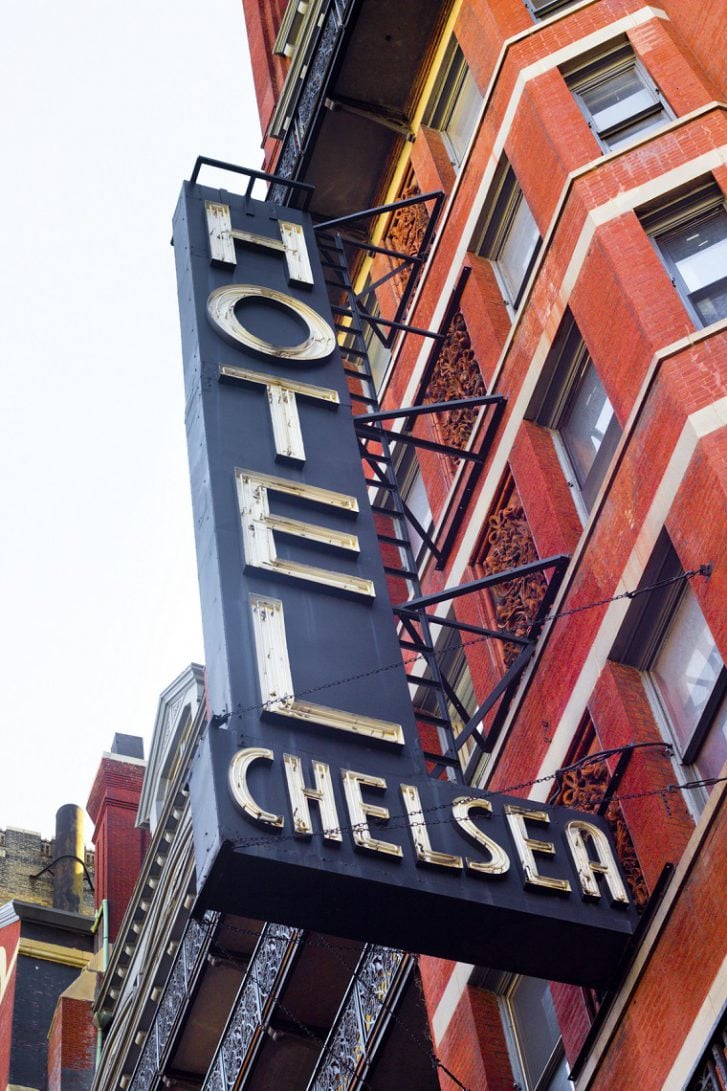 Located in The Rocks, which was once the epicentre of Sydney’s seediest neighbourhood, the Russell Hotel became well-known for the debauchery within its walls. As a hostel for sailors, visits by ladies of the night were frequent and some have apparently hung around for the long term after meeting their untimely end within the hotel’s walls. Room 8 is considered to be the hotel’s most haunted, with a sailor often spotted at the foot of the bed by female guests. Strangely enough the scoundrel never shows himself to male guests! 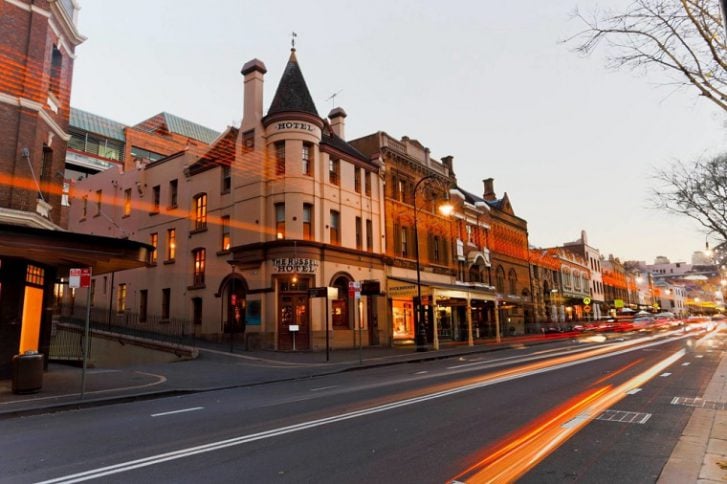 Like all good haunted hotels, the Bourbon Orleans Hotel started out as a convent and orphanage. Today, it is the highlight of the New Orleans Ghosts and Spirits Walking Tour, thanks to several ghostly goings on. Confederate soldiers are said to roam the rooms of the third and sixth floors, whilst a lone ghost dancer apparently frequents the hotel’s Orleans Ballroom; the most historic ballroom in all of New Orleans. Keep an eye out for the little girl who chases her ball along the corridor of the sixth floor, too.

Welcome to The #BourbonOrleans! We are certainly glad you're here. Photo credit: @jstephenyoung

A post shared by New Orleans Hotel Collection (@neworleanshotelcollection) on Oct 6, 2016 at 8:53am PDT

Dublin is one of our favourite mini cruise destinations but tales of The Shelbourne’s storied past make us grateful to be spending the night on board a ship rather than within its walls. This Dublin landmark is home to Mary Masters, a young girl who died from cholera in 1846 in buildings that would eventually become part of the hotel. Hollywood actress Lily Collins is amongst those who have been spooked at The Shelbourne, telling American TV host Jay Leno that she had been woken by giggling, icy cold draughts and the sound of doors slamming around her room.

There’s nothing worse than when your best laid plans don’t quite come together but the architect behind the Taj Mahal Palace Hotel really took it to heart when, in his absence, the hotel was built facing the wrong direction. In fact, he was so enraged by the error that he threw himself to his death from the hotel’s fifth floor. Nowadays his apparition is spotted walking the hotel’s halls and hanging around in the Heritage Wing. Apparently not too angry to never step foot inside the hotel again, then?

Perri Rothenberg shares this #PicturePerfect moment from her trip to the #TajMahalPalace. We'd like to know about your trip too! Book your stay here: http://bit.ly/TajMahalPalaceMumbai #TajHotels #Travel #Luxury #Mumbai