Experience The Caribbean & Amazon In 2016 With P&O Cruises

P&O’s Adonia is beginning its 2016 season with a number of exciting voyages throughout the Caribbean, the Amazon Rainforest, and South America, sailing small, intimate rivers that larger ships are unable to venture. It’s a chance to combine the relaxation and luxury of the sunny Caribbean islands with a culturally enriching trip to see some of the world’s most fascinating yet otherwise inaccessible sites. Best of all, Adonia is scheduled to visit this part of the world between January and March – the driest and most pleasant months of the year.

Your first sight of the Amazon will come as Adonia ventures into the mouth of the Orinoco River in Venezuela. Although the ship won’t dock, this is a unique opportunity to experience the beauty of river cruising, and to really delve deep into the world famous Amazonian scenery. History lovers will enjoy following the same path as Christopher Columbus did back in the 15th century, when he discovered this new and exciting continent during his third voyage. It’s well worth being out on deck as you enter the mouth of the Orinoco, as the landscape changes dramatically. As you sail from the familiarity of the Atlantic, you’ll enter a truly different world that’s full of the unexpected. It’s not unusual to see Amazon river dolphins (or the Boto) jumping from the waters, or even catch a glimpse of the Orinoco crocodile which, at an average of 17 feet in length, is one of the longest species of croc on the planet! 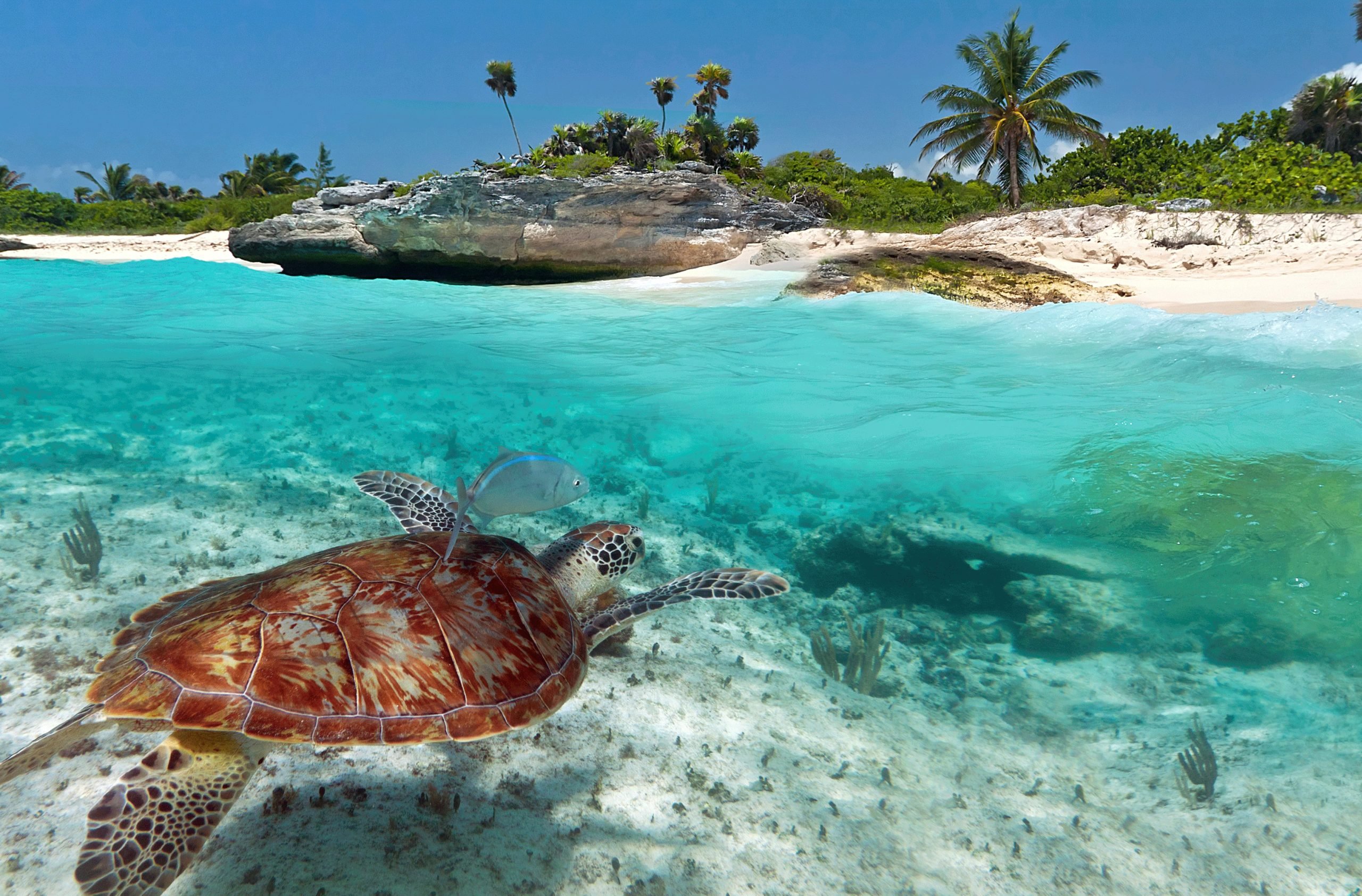 Georgetown is a very unique place to visit as it encompasses everything that’s typical of the Amazon – lush green rainforests, the cascading waterfalls, and the amazing wildlife, yet the atmosphere, way of life and economy is distinctly Caribbean. Similar to the Caribbean islands, Georgetown was colonised by the British and Dutch, and travellers are reminded of this rich and fascinating history all around the city. There are rows and rows of Dutch and Victorian era architecture, with the law courts and the Parliament building being prime examples. You can expect to enjoy the same types of activities in Georgetown as you can in the Caribbean, particularly taking a tour of the cane fields which, along with tourism, are the main supporters of the local economy. Arriving in the morning, you’ll have plenty of time to see the city.

While Adonia doesn’t dock in Macapa, she will sail past, not once but twice! The Captain will slow the ship during the sail past to ensure all passengers have the opportunity to view this magical city. The difficult terrain of Macapa makes it difficult for even ships of Adonia’s size to dock safely, with the most common ways of reaching the city being a very small ship or aeroplane. It’s even difficult to reach the city by road, with only one main highway running between Macapa and Georgetown, Guyana. Macapa is a relatively popular Amazon destination as the equator runs right through the centre of the city, so it’s at this point you’ll become a ‘real’ sailor, or a ‘shellback’ as they say in the Navy. Make sure to read your daily Horizon programme to find out when the traditional ceremony will be held – a chance to ask Neptune for permission to cross the equator. It’s a little cheesy, but it’s all part of the fun! 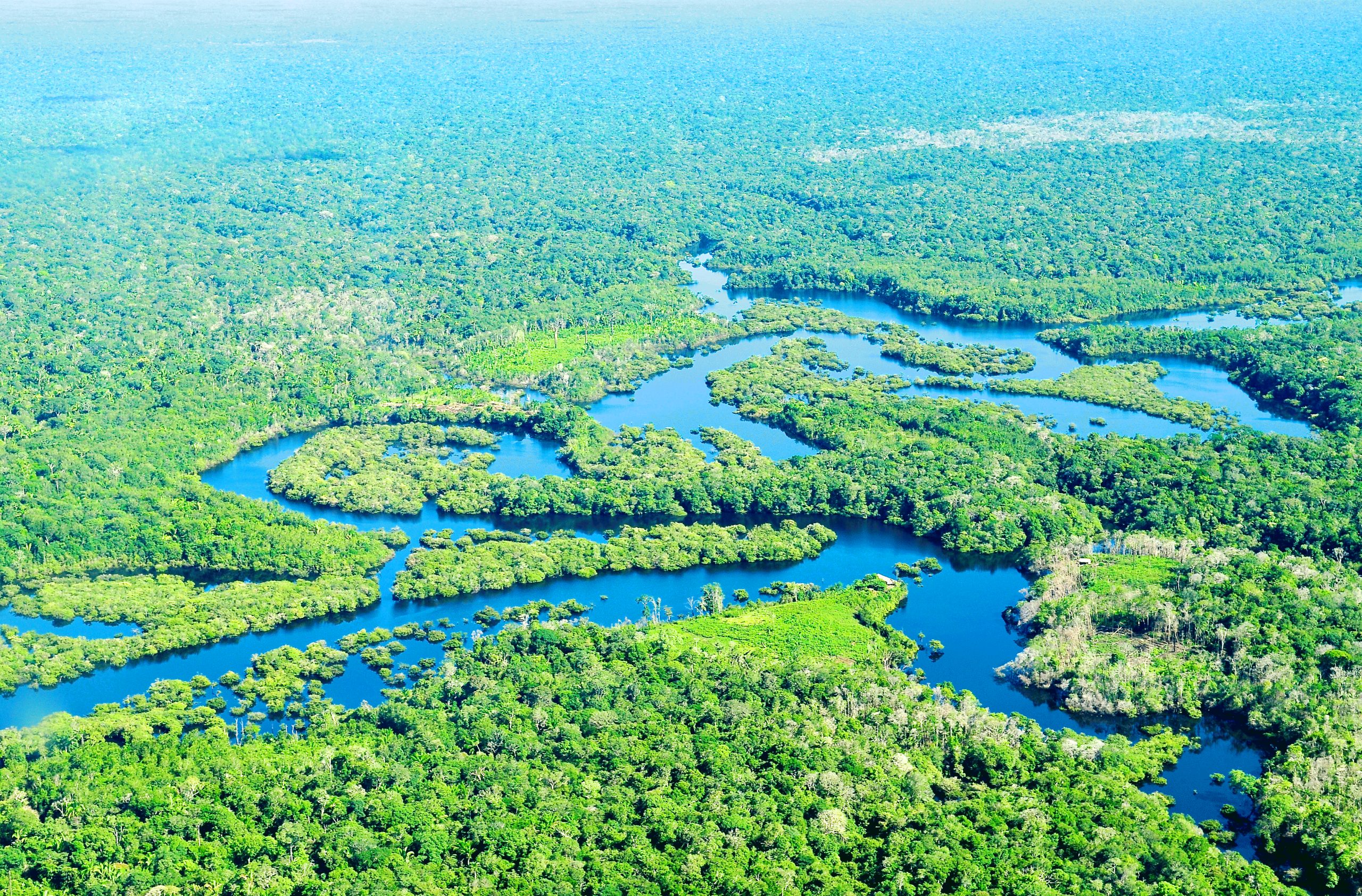 Situated 500 miles up the Amazon, Santarem is one of the most popular destinations in the region due to the merging of the Amazon River and the Tapajos River. The Tapajos is renowned for its crystal clear waters, and helps to create the Santarem island of Ilha do Amor which boasts one of the most beautiful stretches of sand in the world. There’s a definite Caribbean vibe here, with sunbathing and browsing the local markets being some of the most popular activities. If you’re feeling a bit more adventurous, take a trek through the Santa Lucia Woods – there’s opportunities to view some unbelievable wildlife in their natural habitat, including toucans, iguanas, and even snakes! You’ll arrive into Santarem in the early morning, so there’s plenty of time to really discover this city, enjoy the local cuisine, and learn more about the Amazon. 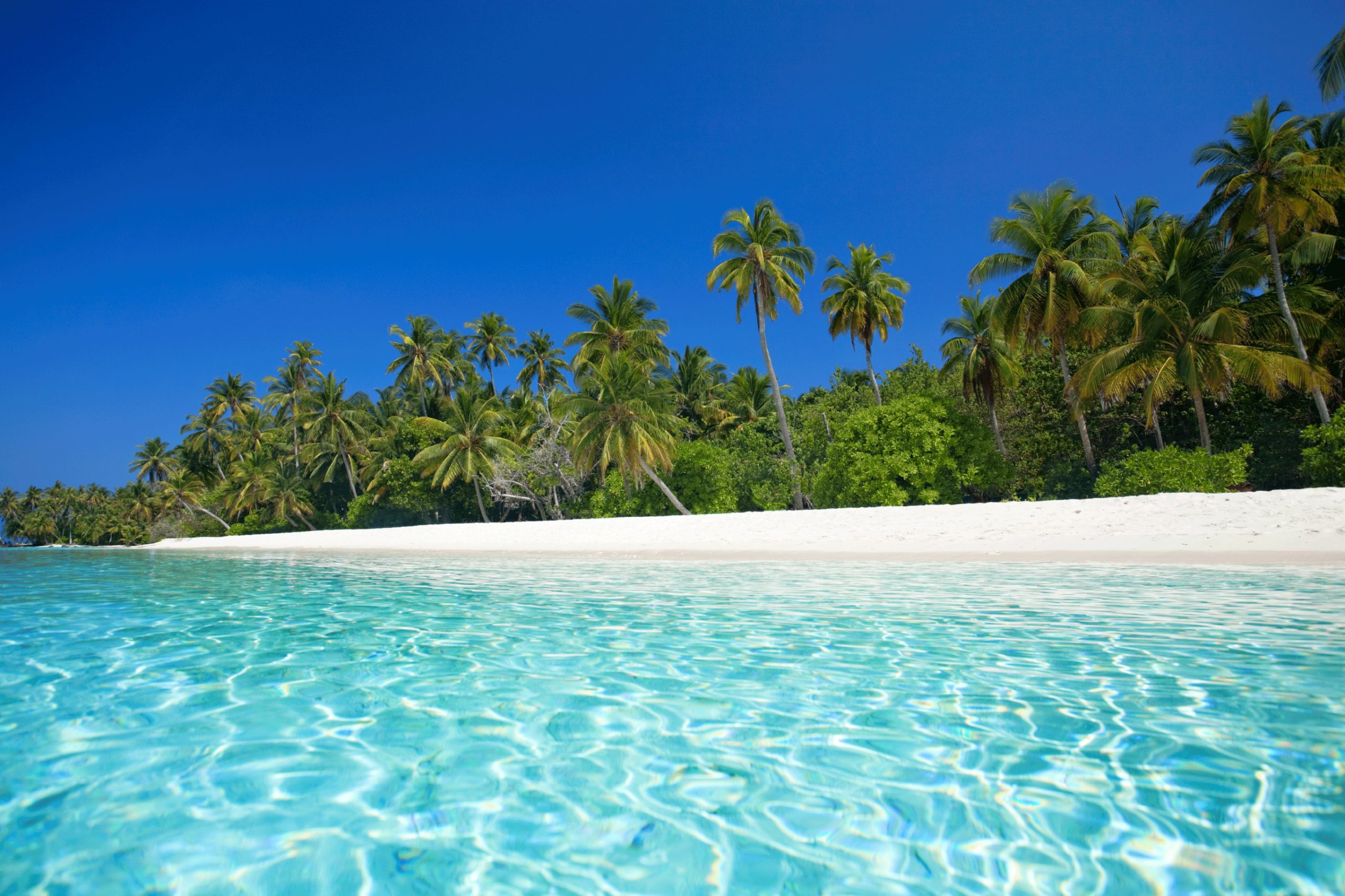 The Best of Both Worlds

When deciding on a cruise itinerary, some cruisers are faced with a tricky dilemma – port intensive, or a relaxing ocean crossing? Both have their advantages, of course. Port intensive cruises allow you to visit a whole host of destinations, seeing more of the world than you ever thought possible. Ocean voyages, on the other hand, provide the perfect opportunity to relax and unwind, and really make the most of your ship’s facilities and amenities. Finding a voyage that combines the two is a cruiser’s dream, and that’s exactly what P&O Cruises are offering on Adonia in 2016.

Departing on 4th March 2016, Adonia departs Bridgetown, Barbados, and sails around the beautiful Caribbean Sea, visiting destinations such as St Lucia and Grenada, before exploring the towns and cities of the Amazon. Next, it’s up to the sunny Florida coastline, before a transatlantic crossing to the stunning Azores, with Adonia making it’s final stop in Southampton. The best thing about this cruise? As you fly out to Barbados, and sail back to Southampton, you can fill your suitcase with tons of souvenirs from South America without having to worry about airline luggage limits!

P&O’s Adonia is the smallest ship of the current P&O fleet, accommodating just 710 passengers on each sailing. It’s a very intimate ship that focuses on providing the ultimate in personalised service and luxury. However, the reason why Adonia is a firm favourite of many cruisers is because her small size makes her the perfect vessel for visiting the more exotic and secluded destinations across the world, seeking out hidden gems and offering passengers the opportunity to see some of the most breathtaking scenery on the planet, such as the lush green foliage and majestic wildlife of the Amazon.

Practically everywhere on board Adonia offers unrivalled views of the seas, the oceans, and the shore, with the Crystal Bar, Lido Cafe, Sorrento, Ocean Grill, Pacific Restaurant, Conservatory, and the Crow’s Nest all adorned with huge windows creating a bright and airy atmosphere. This ship can also be your home away from home, with Anderson’s Bar perfectly emulating a traditional British pub, with dark wood panelling, bar seating, and a wide choice of classic beers on tap. If you’ve never sailed on a mid-sized ship before, then Adonia is an excellent choice – it’s the perfect combination of small ship luxury and big ship facilities. 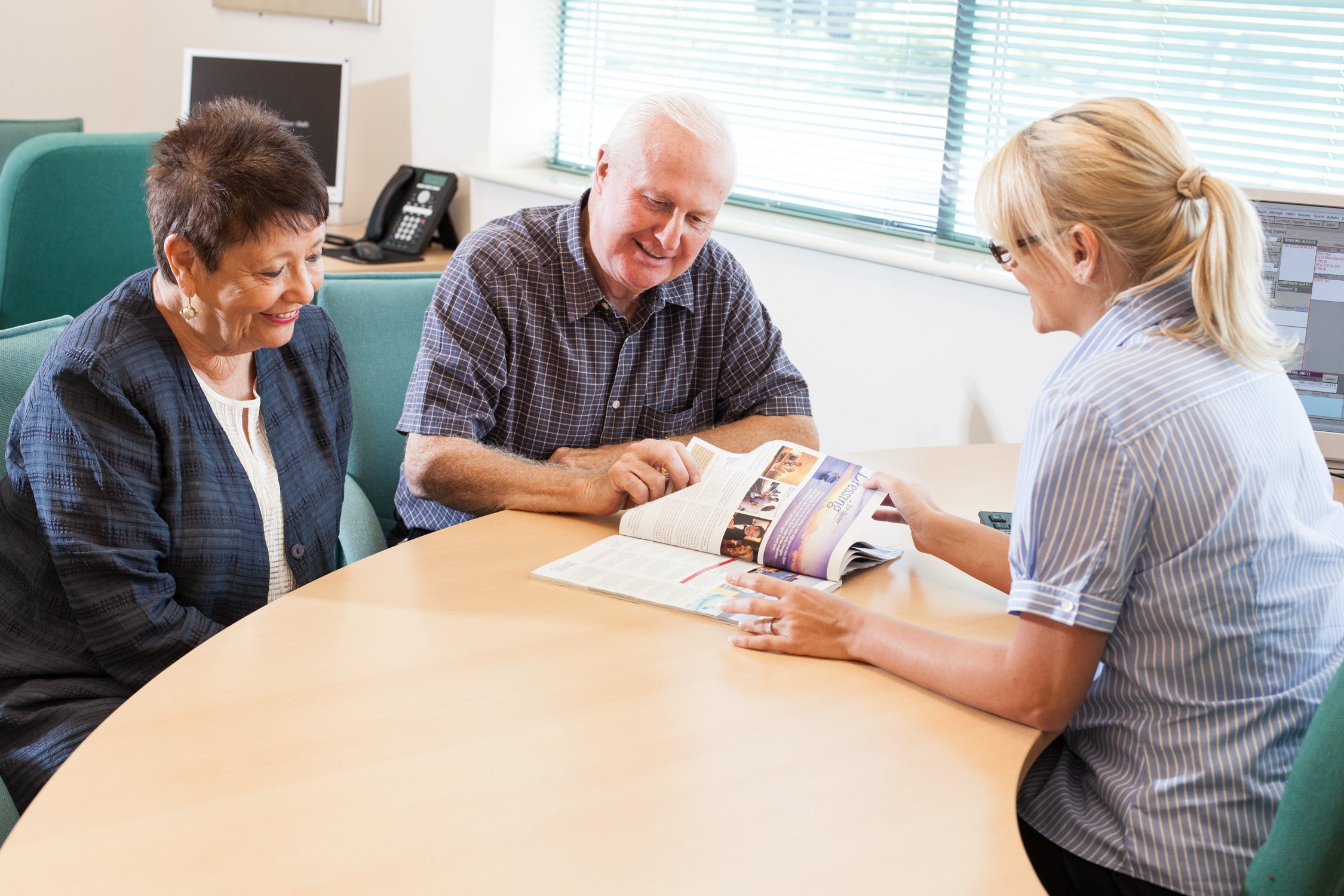 P&O’s Adonia departs Bridgetown in Barbados on 22nd January, 19th February, and 4th March 2016 for Amazon cruises lasting between 28 and 35 nights. If you’re looking for a shorter itinerary, Adonia also departs Bridgetown on 5th February 2016 for a 14 night voyage visiting Venezuela, Guyana, and Brazil. There are some amazing offers for early birds, so book your Amazon adventure today to take advantage of great savings.