There are few cruise traditions as delicious as afternoon tea, and when Fred Olsen invited us to the iconic Bettys Tea Room in York for the unveiling of their 2016/17 itineraries, we got to thinking about just why the tasty tradition has stood the test of time so well. Little did we know; Bettys Tea Room is closer to cruising than one might think.

When Frederick Belmont, founder of Bettys Tea Room, set foot aboard the Queen Mary in 1936, he was so enthralled by the splendour of the ship that he commissioned the Queen Mary’s designers and craftsmen to turn a dilapidated furniture store in York into his most sophisticated branch yet. And so, Bettys Café and Tea Room came to St Helens Square. Here, you’ll find the most traditional of British afternoon tea, with fresh scones and finger sandwiches served on fine bone china, and enjoyed with a choice of 17 different blends of tea.

We’re confident that you won’t find a better afternoon tea that Bettys in this here Yorkshire, so we turned our attentions south of the border, where sultana scones and quaint egg and cress sandwiches have been left behind in favour of more unique finger-fare. Because whether traditional or thoroughly modern, afternoon tea is anything but boring.

Afternoon tea with a sartorial twist, Prêt-à-Portea puts a very fashionable spin on the tea tradition. Take a seat at The Berkeley for the perfect combination of food and fashion. The menu changes every six months, reflecting the changing seasons of the fashion world, with the fayre for AW15 including the Mathew Williamson sequin macaroon, Valentino’s sexy sixties mini dress chocolate tartelette and Diane von Furstenberg’s iconic golden gown ginger biscuit. Handbags and heels take on cookie form and it’s all topped off with a glass of couture Laurent-Perrier Rosé.

A certain supermodel once said ‘nothing tastes as good as skinny feels’…she had clearly never experienced Prêt-à-Portea! 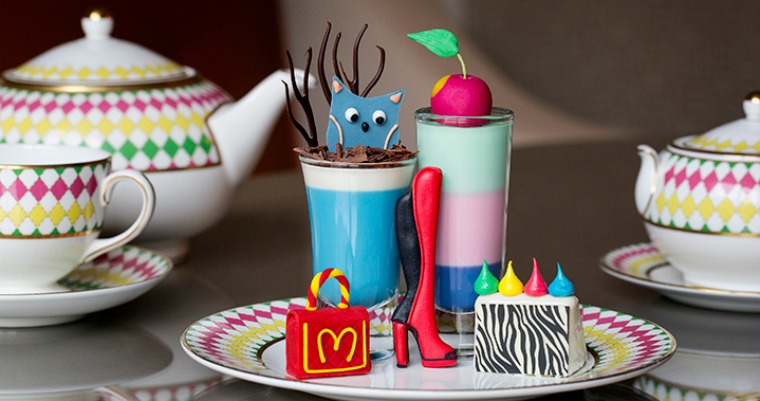 If you thought afternoon tea was just for the ladies, think again. Sanctum Soho has put a decidedly masculine spin on things, with whisky and cigars as standard.

Fancy finger sandwiches have been replaced by hunks of seared steak and chunky lamb hotpots, while dessert is twice-baked fudge cake with Jack Daniels ice cream. A tankard of Jack Daniels and a Village Export cigar on the roof terrace should wash it all down nicely. 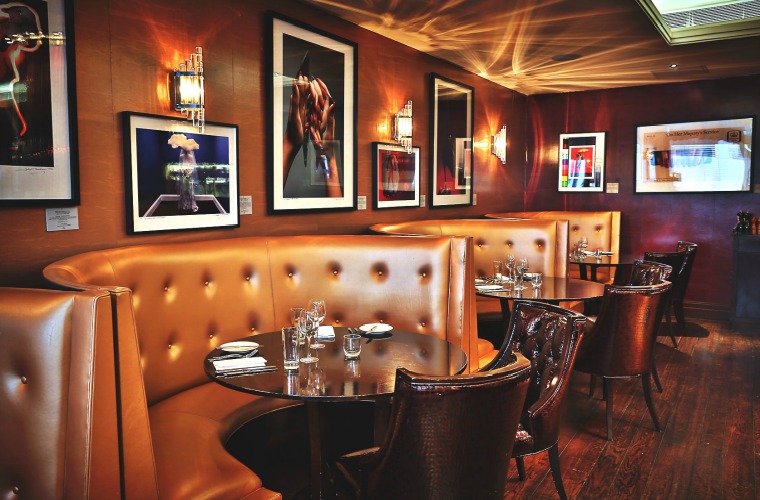 You won’t find a higher tea than that in the T?ng Lounge of the Shangri-La Hotel, soaring 128 metres above London’s city streets on the 35th floor of The Shard.

Traditional English afternoon tea is on offer for those seeking the classic experience, however those looking for something a little oriental should opt for the Asian-inspired alternative. Exotic mango jam replaces the usual strawberry variety in the Earl Grey scones, Match tea sponge is baked with handpicked green tea leaves, and the savoury tastes are equally as tempting; steamed prawn dumplings and wasabi and ginger cured Scottish salmon with yuzu crème fraiche to mention but a few. Fill a cup with one of 30 bespoke blended teas and take in views across the River Thames, Tower Bridge and Canary Wharf. 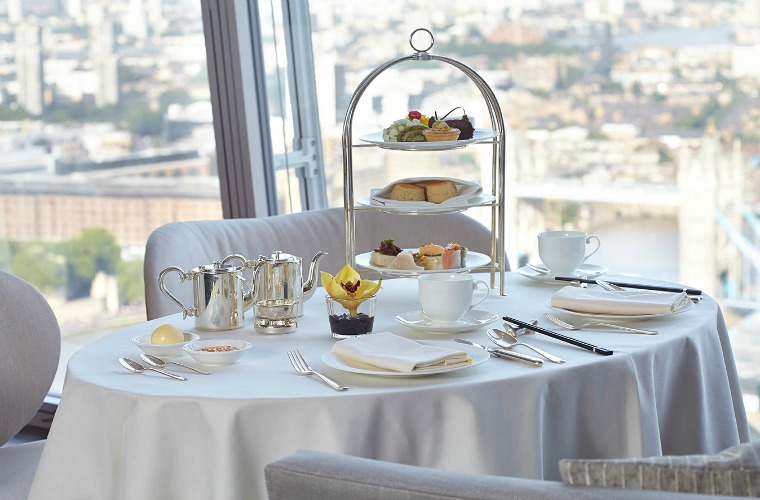 Chocolate lovers rejoice, for there is an afternoon tea created with you in mind. Chocolate and art combine to create a masterpiece, with Pop Art masterminds Andy Warhol and Roy Lichtenstein serving as the inspiration.

Traditional finger sandwiches start the afternoon on a savoury note, before edible chocolate plates piled high with confectionary creations appear; scones have been given a chocolate chip makeover, complete with praline spread to slather inside. Lick a white chocolate shortbread or milk chocolate and griotte lollipop, and indulge in citrus and chocolate cake with blood orange foam.

If Willy Wonka had built his chocolate factory at the Tate Modern, we like to think it would have looked something like this. 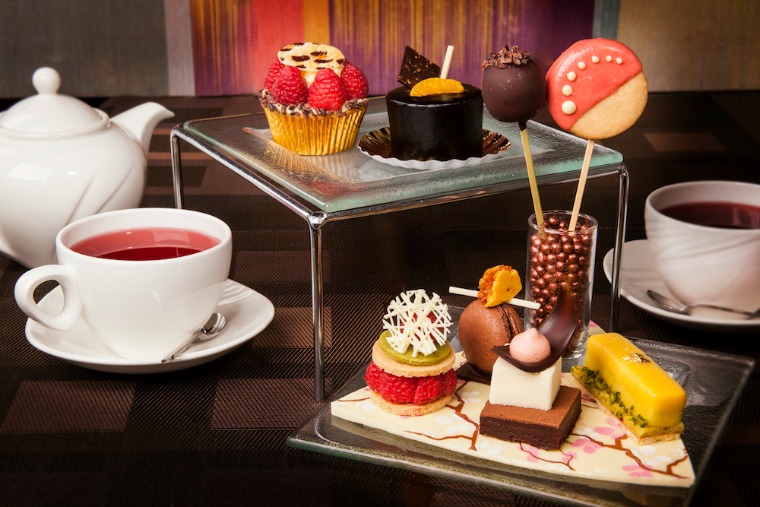 You can’t get much further south than Southampton, and that’s where you’ll find P&O Cruises’ newest ship Britannia. We couldn’t possibly leave Master Pâtissier Eric Lanlard off our list; his Signature Afternoon Tea is one of the most eagerly awaited offerings aboard the new ship and with good reason – this isn’t your average sandwiches and cakes set up.