Gateway to the World: Liverpool 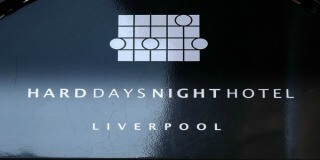 Birthplace of the first passenger cruise line and home to the world’s busiest and wealthiest port during the 19th century; Liverpool is a city brimming with maritime heritage. A rich history has borne a promising future, with the 2007 opening of Liverpool Cruise Terminal breathing new life into the city.  Voted ‘Best UK Port of Call’ by Cruise Critic in both 2013 and 2014, Liverpool Cruise Terminal is one of the busiest in the UK. Centrally placed as a great starting point for Northern Europe and Norwegian Fjord itineraries, Liverpool Cruise Terminal welcomes vessels from cruise lines including Fred Olsen, Celebrity Cruises, Cunard Line, Princess Cruises, P&O Cruises and Regent Seven Seas.

Whether you’re planning a pre-cruise stay in the city or want to make the most of an exciting port of call on your British Isles itinerary, time spent in Liverpool is time spent well. With 58 cruise ships scheduled to bring around 80,000 passengers to Liverpool’s shores, there’s never been a better time to get the lowdown on everything this city has to offer.

Liverpool’s multi-cultural heritage is nowhere better demonstrated than in the city’s Chinatown area. Along with some of the most delicious and authentic Chinese food around, Liverpool’s Chinatown is also home to The Ceremonial Arch.

Standing 15 metres high, the arch is the largest of its kind outside of China, and was built to commemorate the partnership of Liverpool and twin city Shanghai. Over 2000 individual components were manufactured in Shanghai and shipped to Liverpool, where a team of 20 specially selected Chinese craftsmen, including stonemasons, painters and construction engineers, undertook the huge task of creating the arch. The task was completed in just 90 days and at a cost of £700,000; five roofs and 200 hand carved dragons making up the design of the vast structure.

Set your camera to wide angle, stand beneath the Ceremonial Arch and snap away at the culture that surrounds you in one of Liverpool’s busiest and most vibrant areas. 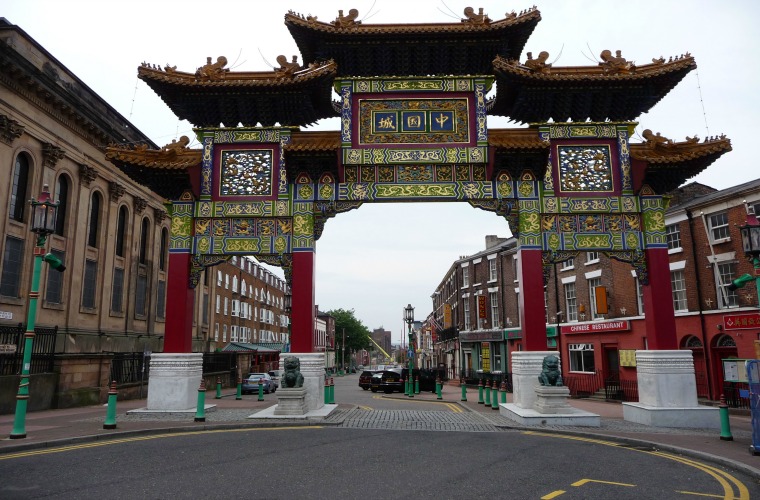 Following periods in Norway, Germany and Belgium, Anthony Gormley’s haunting modern art installation ‘Another Place’ has found its permanent home on the sands of Crosby Beach.

Less than seven miles away from Liverpool City Centre, 100 cast-iron, life-sized figures stretch 3km along the shoreline and up to 1km out to sea, each of them weighing 650kg and cast from Antony Gormley’s own body.

Designed to explore man’s relationship with natures, Gormley has described the poignant sculptures as “…no hero, no ideal, just the industrially reproduced body of a middle-aged man trying to remain standing and trying to breathe, facing a horizon busy with ships moving materials and manufactured things around the planet”.

Crosby Beach is a non-bathing beach, with a risk of changing tides and soft sand, but while sunbathing may be out of the question, Gormley’s moving modern art makes the trip more than worthwhile. 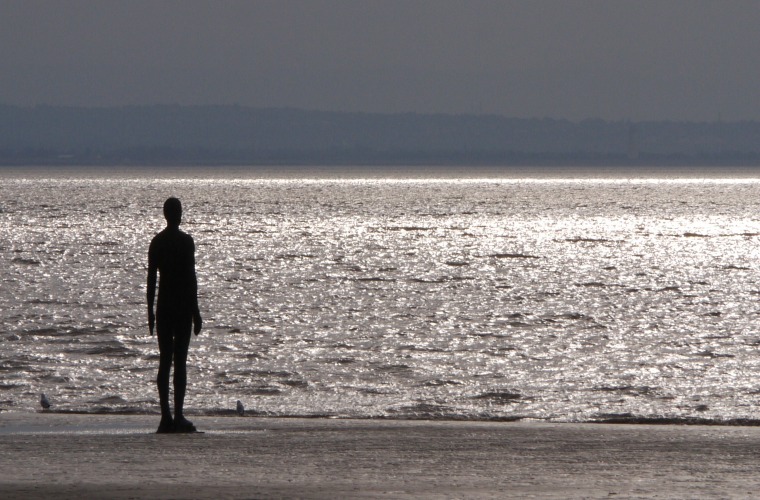 Cliché and predictable we know, but no Liverpool city guide is ever truly complete without mention of The Beatles. Whether you’re a Beatles fan, music fan or just in it for the 60’s nostalgia kick, Liverpool will take you back to the swinging sixties like nowhere else.

This National Trust Tour takes you inside the childhood homes of John Lennon and Paul McCartney, where the famous four met, rehearsed and composed some of their biggest hits. Tours run from 25th February to the end of November, with groups of 15 going direct from the city centre. 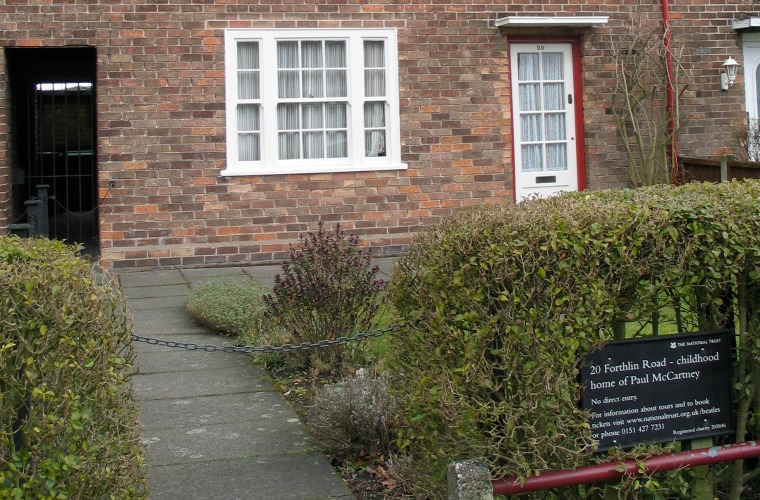 The Cavern Club sits at the heart of Liverpool’s bustling music scene and is internationally recognised as the birthplace of the Beatles. Located at 10 Matthew Street, just a few minutes’ walk from Albert Dock, the venue is a must visit for fans of the band and of live music in general, opening early when a cruise ship is in port. Live bands take to the stage beneath the iconic brick arches every day from mid-afternoon to late evening, with free admission all day and every evening Monday to Wednesday. Families with children are welcome during the day.

With a mixture of established artists, tribute acts and unsigned artists on open-mic nights, who knows, you might just witness the emergence of the new Beatles! 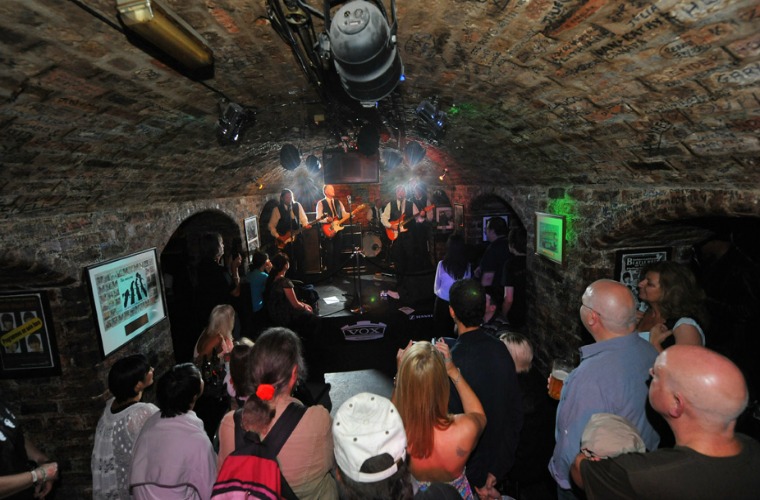 The Cavern Club serves as an apt starting point for the Magical Mystery Tour; a complete Beatles experience. The two-hour tour will take you to the band’s houses, schools, favourite hangouts and to the places that inspired hits including ‘Penny Lane’ and ‘Strawberry Field’. Private tours are also available, with pick-up/drop-off at the ship. 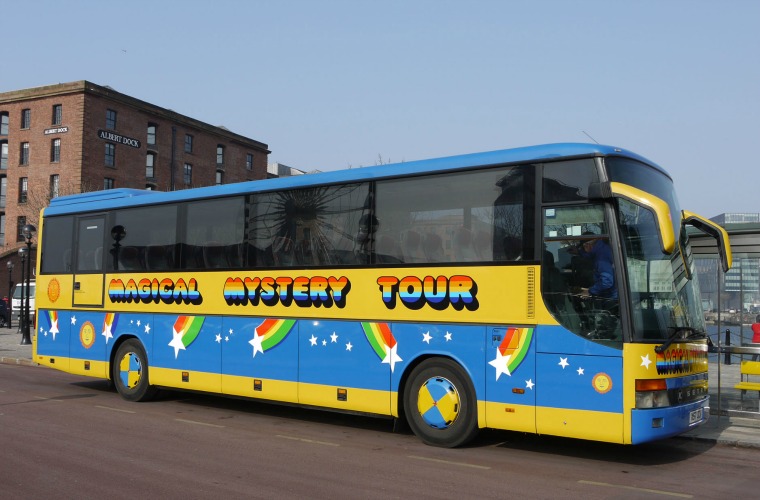 Located amidst the bustling area of Albert Dock, The Beatles Story is an award-winning, interactive experience narrated by John Lennon’s sister, Julia.

Go on an unforgettable journey through the lives, times, culture and music of the Beatles, with Beatlemania re-enacted to full effect. Visit replicas of Casbah, Matthew Street and the Cavern Club, tap out a tune on the giant piano and delve deeper at the interactive Discovery Zone. The Going Solo exhibition looks at life after the Beatles. A Beatles-themed coffee house is the perfect place to grab a cuppa, before you head to the Fab4Store to stock up on Beatles memorabilia. 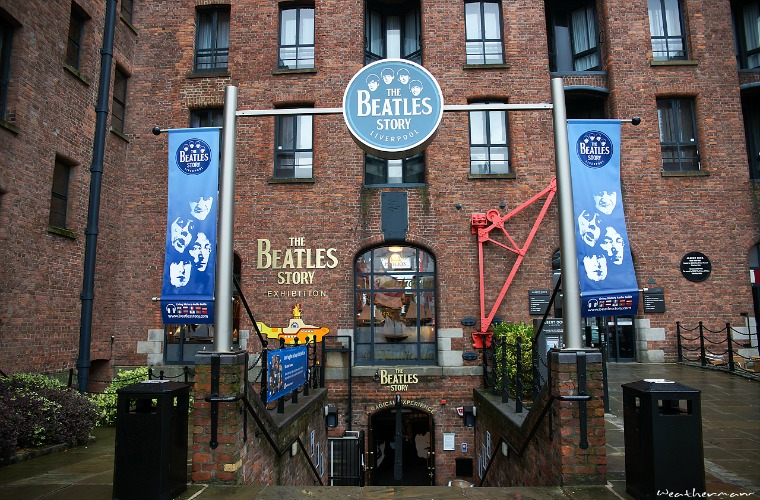 When Chef Paul Andrew opened The Art School in September 2014, he took his experience from London Carriage Works and reputation of northwest Food Champion, and combined the two to bring something special to the city. The Art School’s location in the Lantern Room of the Victorian 1888 ‘Home for Destitute Children’ serves as the perfect backdrop for a menu brimming with local produce and fresh, seasonal ingredients. 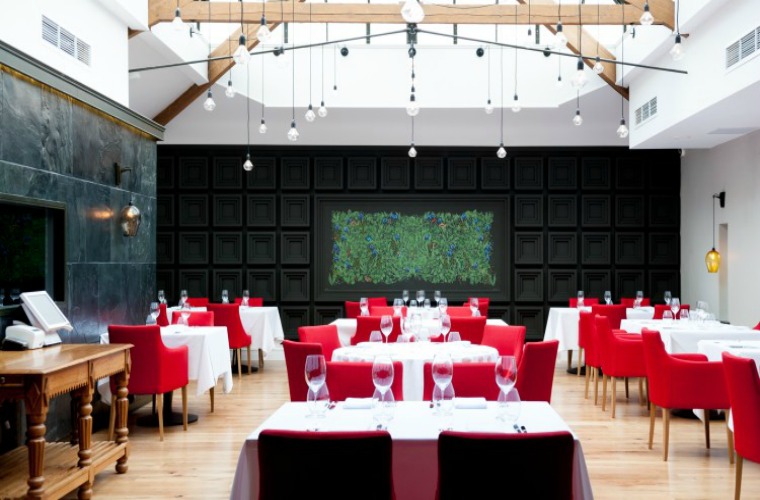 The ‘Baltic Triangle’ sits at the heart of Liverpool’s art, culture and technology scene, and within the area is Camp and Furnace. Voted 2nd in The Times ‘Top 20 Coolest Restaurants in Britain’ in 2013, Camp and Furance isn’t your usual restaurant. Living up to its cool reputation, visitors can expect cult film screenings to accompany their themed dining on a Thursday, DIY Bellini’s to accompany brunch and a ‘Saturday Meatmarket’ with steak and lobster barbecued to order for a disco/dining mashup that goes on till late.

With indoor street food festivals, live music, long communal tables and reputations of an epic Sunday Roast, Camp and Furnace is a must-visit venue for those seeking a hefty dose of atmosphere and ambience from the city’s most cultural quarter. 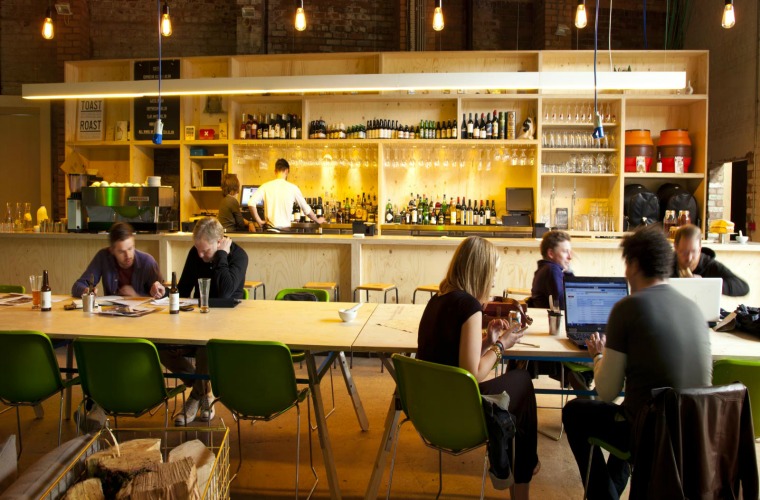 Perfectly located at Albert Dock, The Smugglers Cove is the closest you’ll get to a pirate’s hideaway this side of the Caribbean. Driftwood tables, authentic ‘loot’ and barrels aplenty set the scene for a jolly old knees up. White rum, dark rum, gold rum, spiced rum and overproof rum make up a list of over 100 different rums on offer, and there’s an extensive rum cocktail list too. 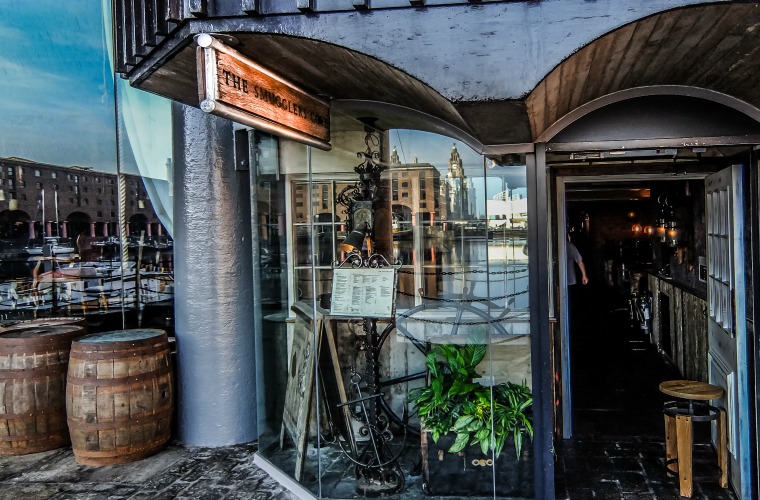 We couldn’t mention the Beatles and not send you to the world’s only Beatles-inspired hotel. Located just across the road from the Cavern Club, Hard Days Night Hotel is a ‘Fab Four’ star boutique hotel set in the spectacular Grade II listed Central Buildings and filled with specially commission Beatles artwork. The McCartney and Lennon Suites are all-out tributes to the two stars, while the hotel’s Luxury and Deluxe rooms are scattered with subtle nods to the Fab Four. 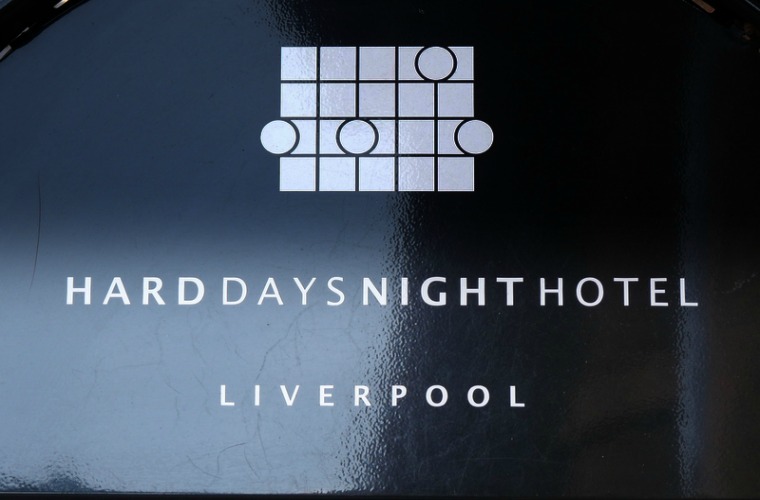 Just five minutes from the city is Stanley Dock; part of Liverpool’s UNESCO World Heritage Maritime Mercantile City Listing, and an area filled with lofty warehouses and maritime history. Located in the previously derelict North Warehouse, a place steeped in history as the holding place for rum and tobacco imported from around the world, is the Titanic Hotel. Exposed brick, aged iron and steel girders take the industrial feel of Liverpool’s Docklands into the interior of the hotel, with huge windows offering views across the city’s most historic regions.