Home Blog Entertainment & activities How Cruising Has Changed In 20 Years

How Cruising Has Changed In 20 Years 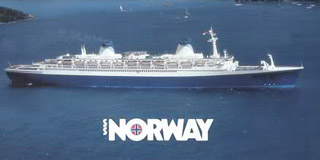 This is a blog post written by Bolsover Cruise Club staff member Andy Cockayne relating to his forthcoming cruise;

On 23 July 2014 I will board P&O Ventura in Genoa and sail around the Eastern Mediterranean visiting ports including Livorno, Naples, Dubrovnik and Venice.

This will be my second cruising experience but there is a big difference between this one and my first one… big in this case is measured in years; my first cruise was in July 1994, almost 20 years ago to the day when I take my second one! 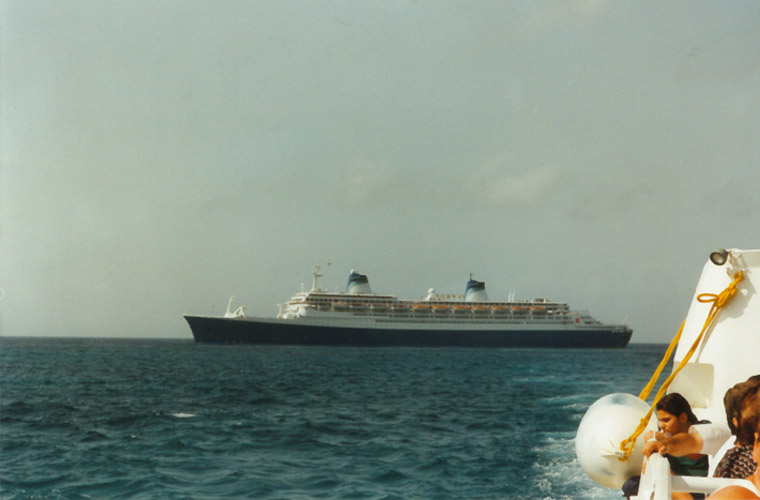 The cruise departed Miami and the ship was the SS Norway operated by Norwegian Cruise Line; sadly this ship was decommissioned in 2006 and scrapped in 2008… 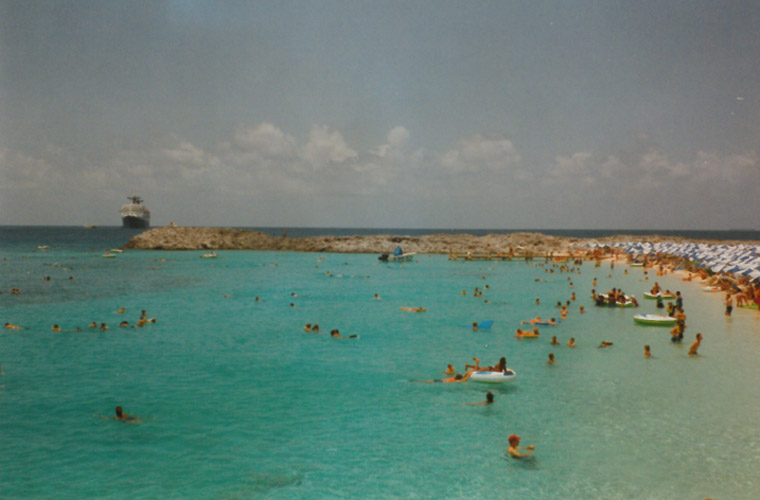 So much has changed in the travel industry over the past 20 years and so as you would imagine the cruising industry has also seen colossal transformations.

In no particular order, here are what I believe will be the biggest changes; 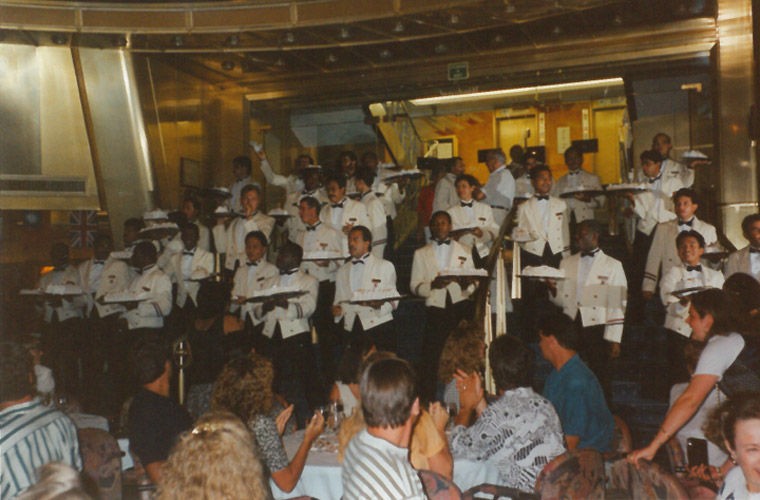 Cruises have always been synonymous with good service and I do remember thinking that 20 years ago, the attentive Maître-de and waiters were exceptional.

In 2014, the Maître-de usually carries the title of Restaurant Manager and you will usually have your order taken by a senior waiter and the food delivered to you by an Assistant Waiter. You will also normally have a separate Wine Steward (or Sommelier) attending to your requirements. 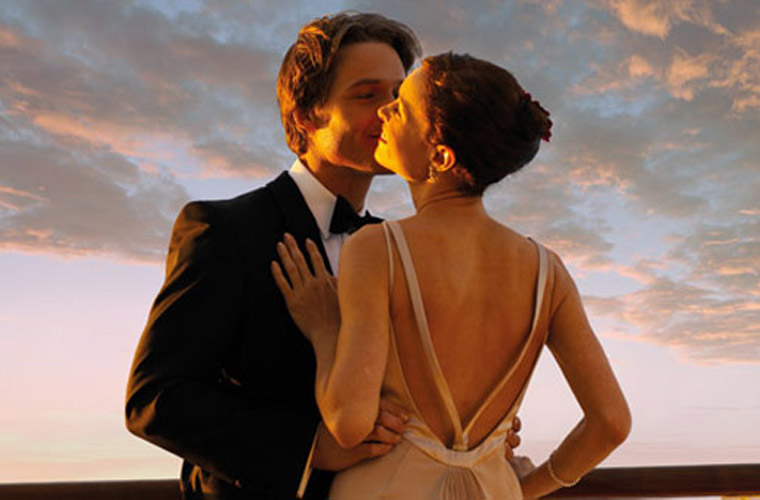 In 1994 most nights (from vague recollection) were formal, which if I am honest I don’t think I would enjoy on my forthcoming cruise, in 2014, most cruises now operate a ‘two in seven’ with regard to formal evenings. The remaining 5 nights will be ‘elegant casual’ but still with a reasonable code, for example no shorts or trainers. 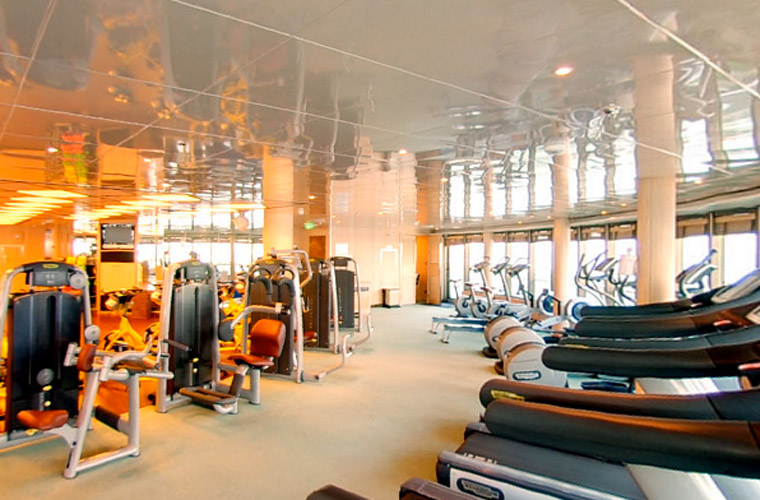 Things To Do On Board

In 1994 I was cruising the Caribbean and so unless it was a ‘shore day’ I simply soaked up the Caribbean sun by the pool. In 2014, there are a multitude of different activities on ‘sea days’ for both adults and children alike.

My cruise in July only has a couple of ‘sea days’ so I will no doubt enjoy soaking up the Mediterranean sun, however, my wife is keen to visit the spa and my daughter equally excited by the fantastic children’s clubs that are now offered. 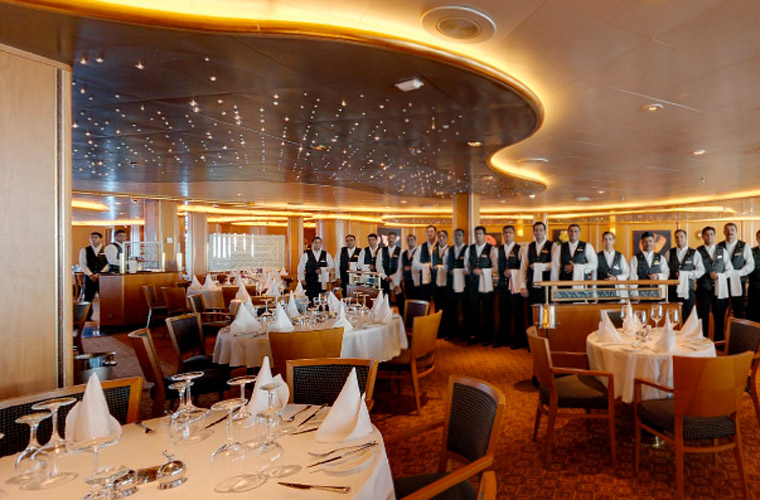 Every evening on the SS Norway we were seated at the same table, sat with the same people. Everyone was friendly and an enjoyable time was had, however, this would not suit everyone and in recent years a lot of cruise lines have adopted the ‘anytime dining’ concept.

P&O Cruises call it ‘Freedom Dining’ which is basically where you arrive at the restaurant at whatever time suits you, if a table isn’t available then you will be given a pager and encouraged to visit one of the bars for a pre-dinner drink. You will then be ‘paged’ when a table becomes free.

This for me is a preferable way to dine, as a family, this gives us the flexibility to request a table just for ourselves or join other people we may have met on the cruise on a larger table. 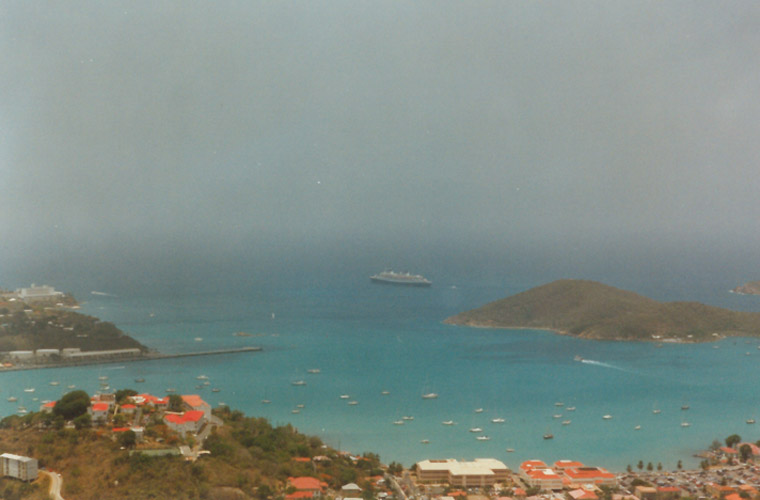 From memory, there were very few excursions available in 1994, we were simply tendered to shore and left to our own devices – being the Caribbean there was no shortage of things to see and obviously the beaches were excellent!

Shore excursions in 2014 are simply amazing; if you visit the Caribbean you can try things such as riding Segway’s in St Lucia or visit Stingray City in Grand Cayman. In the Mediterranean you could visit the Colosseum in Rome or enjoy a gondola ride under the Rialto Bridge in Venice.

Norwegian Cruise Line’s SS Norway was a beautiful ship and I am proud to have sailed on her, she was the largest cruise liner at sea and NCL’s flagship for many years, however, as cruise ships became larger and more sophisticated her popularity and attractivness only appealed to her loyal following.

Here are some comparisons between the SS Norway and the Ventura, P&O Cruises largest ship; 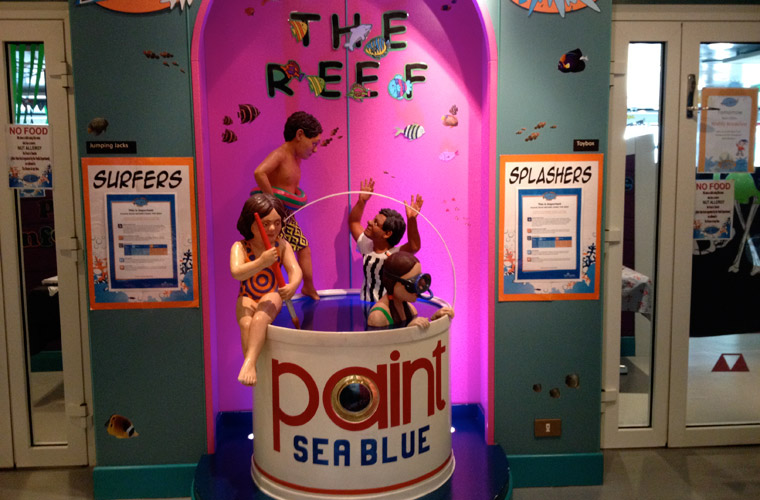 I think that it is safe to say back in 1994 cruising wasn’t a popular choice for families but oh how things have changed. If I am honest I don’t remember any children being on board the SS Norway, in fact it could even have been an ‘adult only’ cruise!

Fast-forward to 2014, the entertainment, facilities and dedicated children’s clubs (the one on Ventura is called The Reef) have increased and improved immeasurably which is the reason why you now see so many families choosing to cruise! 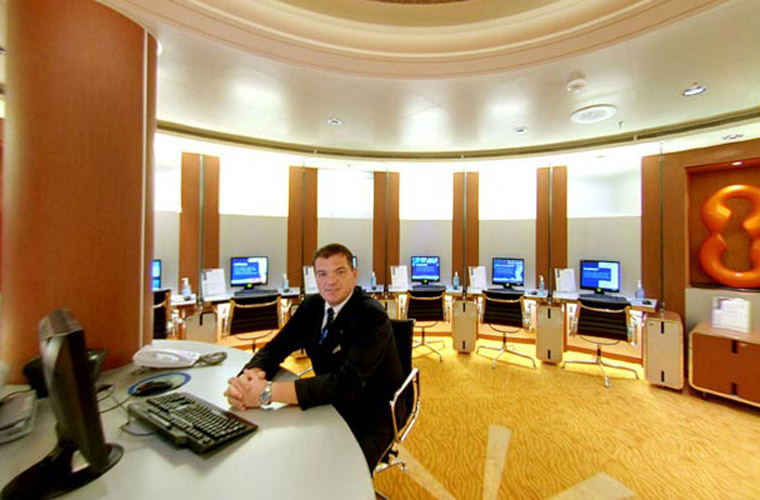 In 1994 I didn’t even own a mobile phone, in fact I don’t think many people did!

The Internet although born was only being used by the US government and thus didn’t really affect people’s lives until the late 1990’s.

So that left the good old telephone, but to call home from the USA or more precisely from a cruise ship somewhere in the Caribbean was very expensive!

Needless to say, I had no contact with anyone in the UK for the 9 days I was away!

Cruise ships in the current day have every conceivable means of staying in contact with friends and family; you have Wi-Fi access (chargable), ship-to-shore telephone and even mobile phone signal using the ships very own mast! 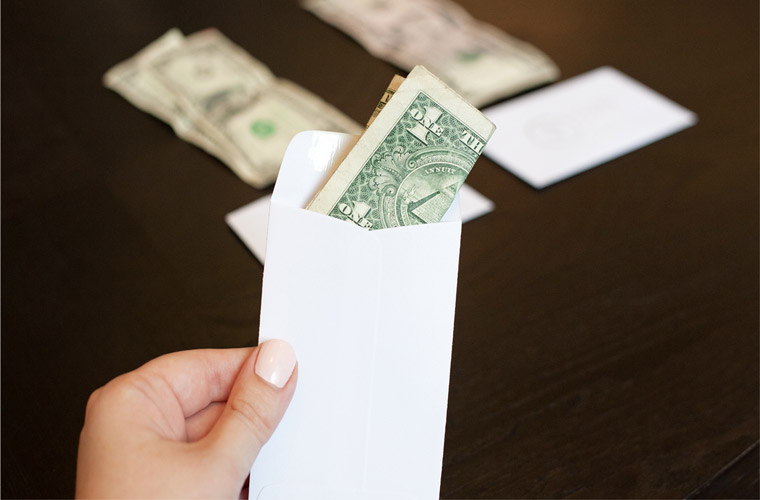 Cruise ship tipping policies has to be one of the biggest concerns a first-time cruiser has and back in 1994 I have to admit I found it confusing and slightly intimidating. In your cabin (staterooms as they are now called) you had a series of envelopes which were labeled for each member of staff you had come into contact with, your cabin steward, your table waiter and of course the maître de plus a couple more that I cannot remember. You also had a guide to the minimum amount expected… like I said, all a bit intimidating!

In 2014 things have changed, P&O Cruises add £3.50 per person (adult) per day to your on board account, you can however have this removed or amend the amount if you wish. I think that this is a better way of doing things, as you do not have the hassle of it on your last day! Plus you can even keep track of your spending on your interactive television in your stateroom, with an itemised bill. 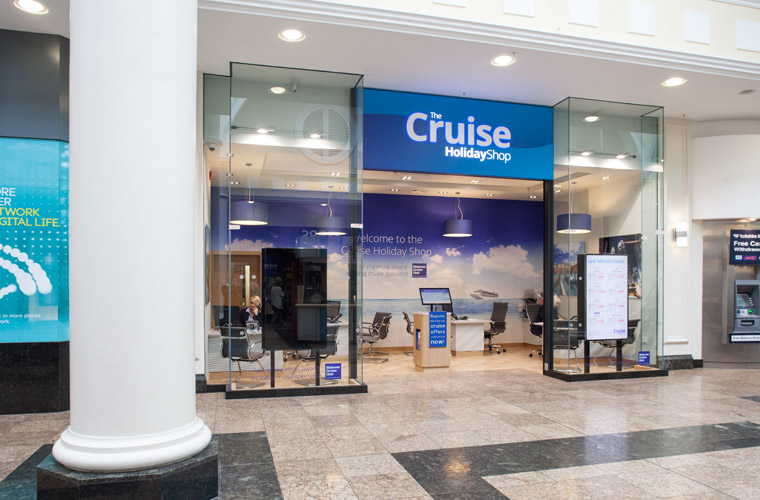 When I booked my cruise in 1994 I faxed a request to NCL in Miami (disclosure: I did work in travel at the time and so was enquiring about an ‘agent rate’), I then booked my flights direct with British Airways and also the Miami hotels on either side of the cruise.

In 2014, booking a cruise couldn’t be simpler – with the Internet playing a huge part in travel bookings you can simply ‘click and book’

Many people still prefer to speak with the person they are booking with face to face or over the phone and many cruise travel agents have a dedicated telephone line. Bolsover Cruise Club however have taken the one2one booking process a step further with our Cruise Bureau located within the Cruise Centre in Barlborough, followed up by the recent opening of  ‘The Cruise Holiday Shop’ in the Meadowhall Shopping Centre, Sheffield.

As I have already disclosed, I did actually receive a ‘travel agency staff’ rate when I booked my cruise in 1994, however, it still was quite an expensive holiday compared to going on a Mediterranean ‘beach holiday’ for a fortnight!

The cost of cruising in 2014 depends on where you want to travel to and also the duration plus various other criteria; however, you can find some fantastic cruise deals to both the Mediterranean and Caribbean, as well as a variety of other destinations with all of the major cruise operators. 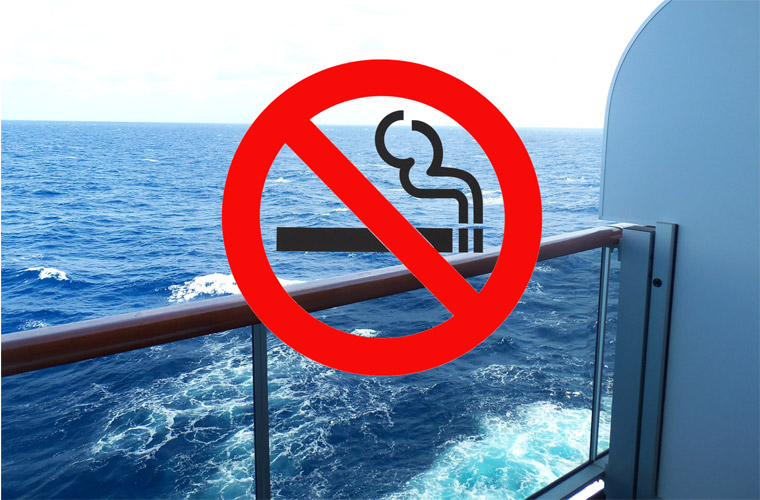 I have never been a smoker but 20 years ago it wasn’t uncommon to sit next to someone in a bar or restaurant who was smoking. This was the same on the cruise in 1994. From recollection people were smoking in the dining room and being predominantly American passengers there were some pretty hefty cigars on the go!

Smoking has an almost anti-social stigma to it in 2014 and cruise lines now have very strict guidelines with designated areas where people can smoke; needless to say, there is a no smoking policy on balconies.

When I started to write this post, I didn’t envisage that it would be so long, that is perhaps testament to how much cruising has change over 20 years.

I am sure my forthcoming trip will be a memorable one and I am certainly looking forward to it!