Home Blog Cruise destinations In Search of Snow: The World’s Most Wintry Destinations 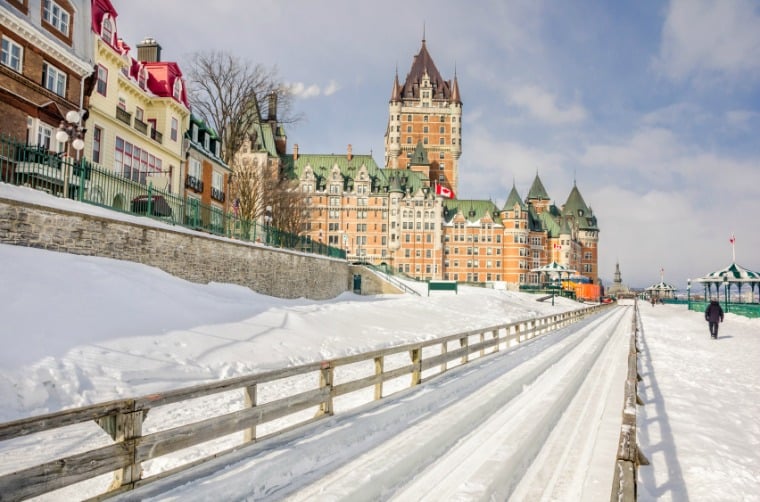 Bonfire Night has been and gone and we’re well into November. The shops are full of naughty nibbles and this weekend sees the arrival of London’s Winter Wonderland for another year. Try as you may, there really is no denying it; Christmas is just around the corner. All of a sudden, autumn is but a distant memory and winter has well and truly arrived, bringing with it two types of people; those who long for warmer climes and spend their time searching for last-minute holiday deals on winter sun, and those who relish the cold and love nothing more than wrapping up warm and getting festive.

If damp British days have you longing for crisp white snow, fresh mountain air and rich hot chocolate in decades-old coffee shops, you’ll love our pick of the world’s most wintry destinations.

The Danish word ‘hygge’ loosely translates as cosiness and that snug-as-a-bug feeling is considered the ultimate in contentment for the Danes. Thick woollen jumpers, roaring fires, candlelight and evenings laughing with friends; the Danes do cosy like nowhere else in the world.

Make yourself comfortable and prepare to experience ‘hygge’ for yourself. Amble between the illuminated cabins of the Tivoli Christmas Market, stroll beside pretty canal-side houses and settle for dinner at one of the city’s 15 Michelin-starred restaurants. Once you’ve experienced the Danish version of chilled, you’ll do everything you can to create your own ‘hygge’ at home. 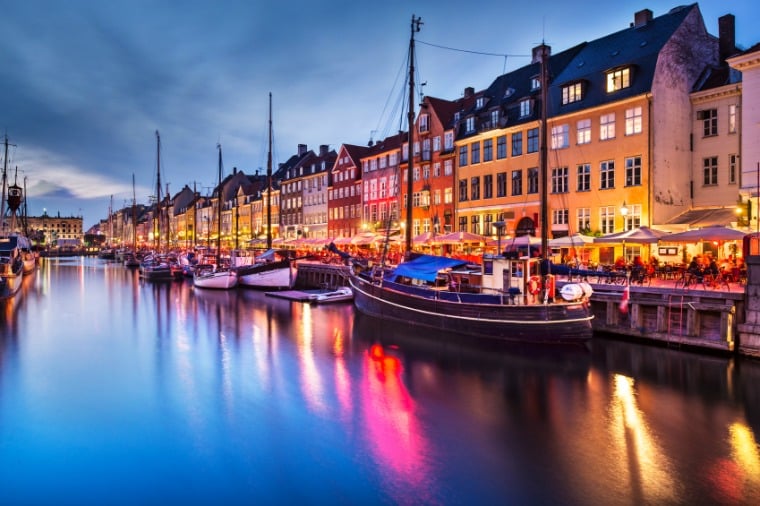 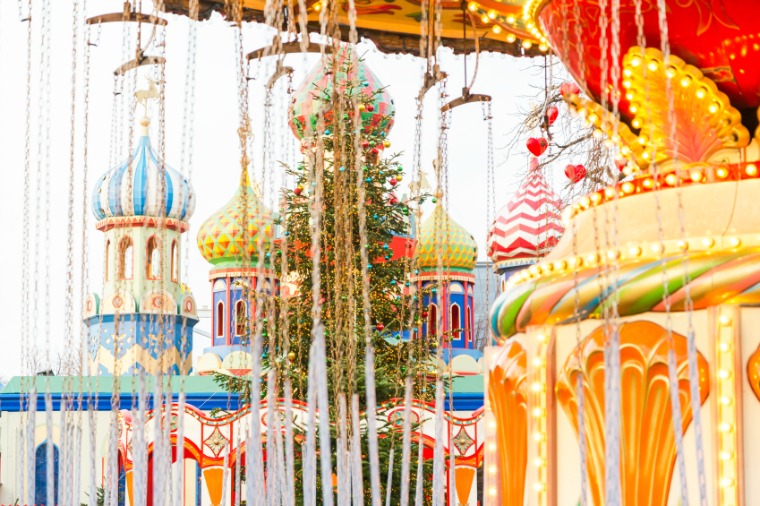 Winter is the perfect time to embark on a Norwegian Fjords cruise and Geiranger is home to the UNESCO-protected Geirangerfjord; is arguably one of the most spectacular fjords in Norway. The deep inky-blue waters and snow-capped, pine-clad mountains are best appreciated from Dalsnibba, a mountain soaring 1500m above sea level. Avid skiers can even choose to descend from the summit of Dalsnibba until level with the waters below. 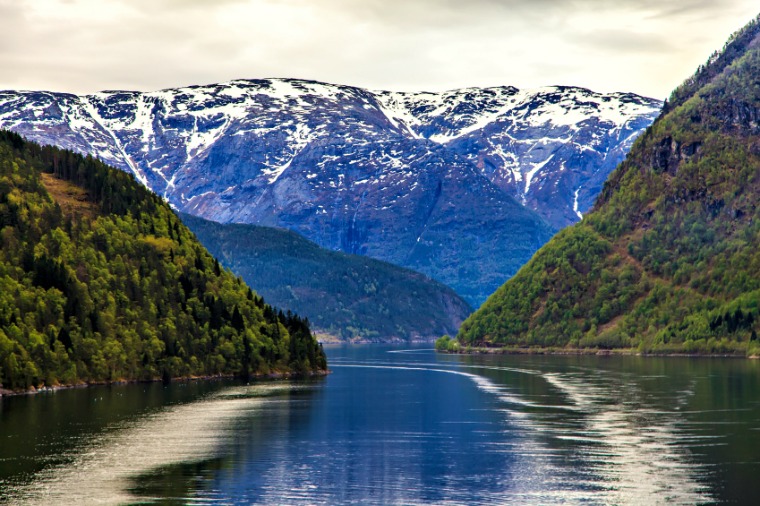 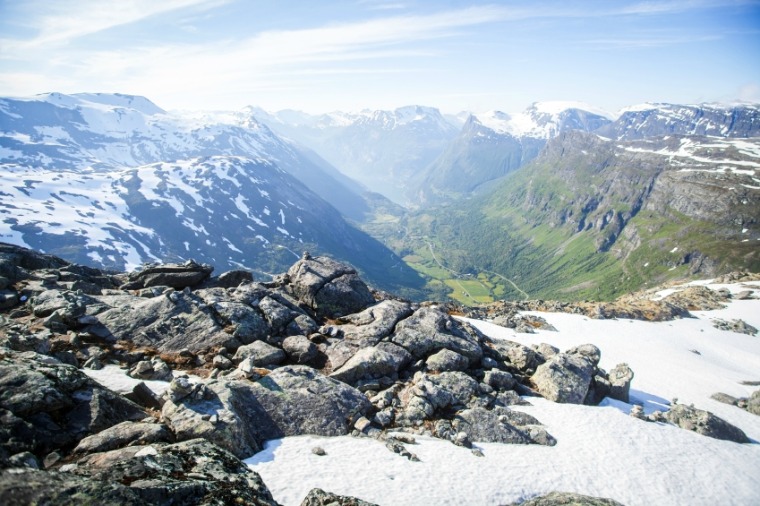 Austria’s capital city is at its most beautiful in winter. Boulevards are lined with grand mansions and museums, and the Baroque Schönbrunn Palace and Belvedere Palace are amongst the most magnificent in the world. Visit Schönbrunn Market, in the immaculate courtyard of its namesake palace, for views across the city and stalls lined with authentic Austrian offerings. Embrace Viennese tradition, joining locals to attend one of 300 balls taking place each year between January and March, or hop aboard the Riesenrad; the oldest surviving Ferris wheel in the world, complete with the best views of the Danube from anywhere in the city. When in Vienna it is imperative that you warm your mitts with a coffee at one of the many Viennese coffee houses scattered across the city. 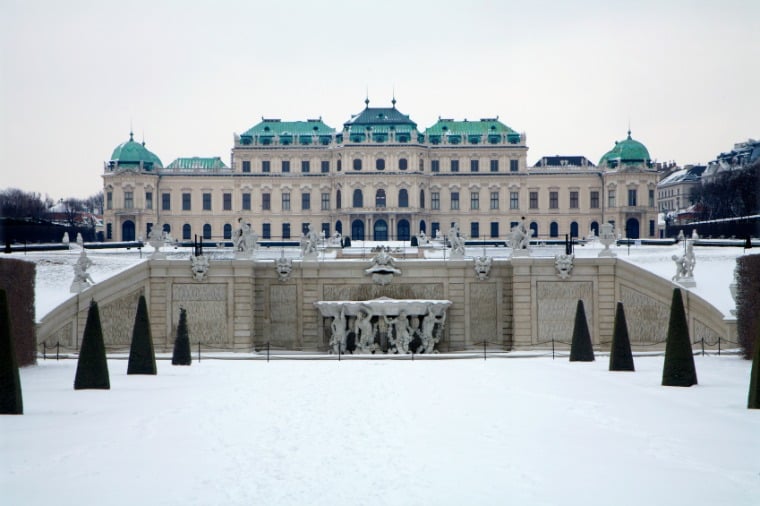 Few destinations combine wilderness and cityscape quite like Vancouver. The mountainous outskirts often see snow, whilst the city nestled at the water’s edge tends to be warmer, though a little wet. If you’re looking for greenery and scenery this winter, you’ll certainly find it here in spades. Canyon Lights sees Capilano Suspensions Bridge Park transformed with hundreds of thousands of illuminations, casting a wash of multi-coloured light across the rainforest, canyon, suspension bridge and river below. The magical scene is also home to the world’s tallest Christmas tree at 153ft. Elsewhere, Stanley Park is stunning, benefitting from stunning sea views thanks to its position on the coast. The park is slightly larger than New York’s Central Park, so you could be forgiven for opting to see it via horse and cart, rather than on two feet. 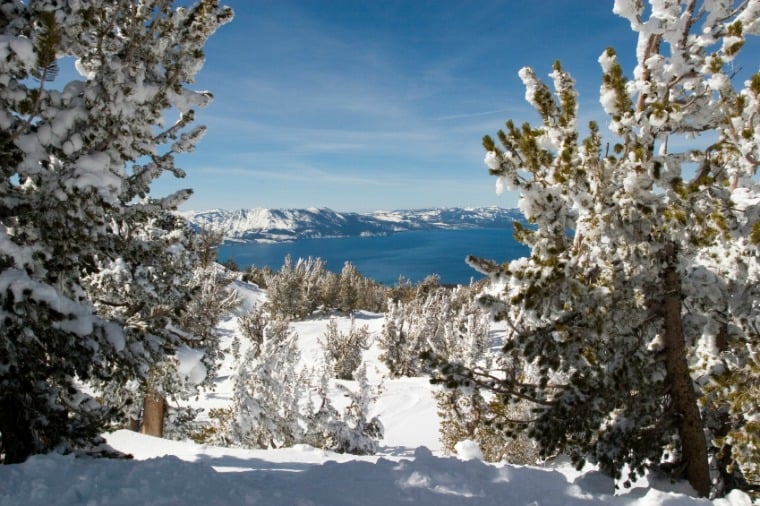 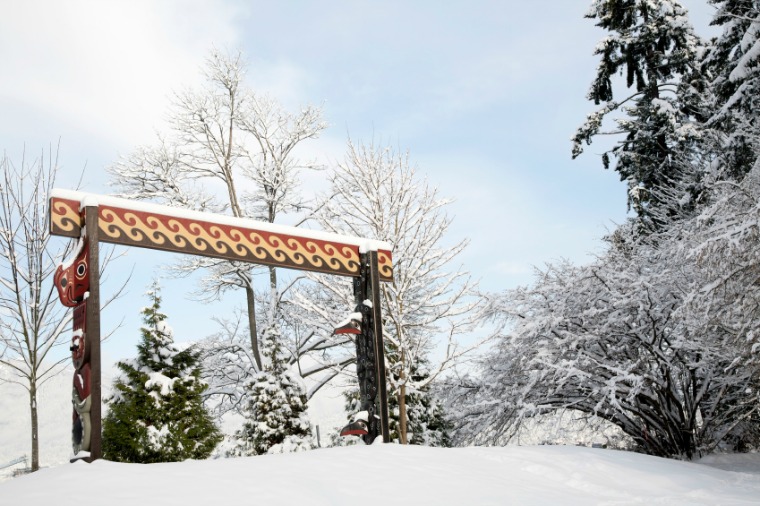 To visit Budapest in the winter without soaking your shoulders in one of the city’s ornate baths would be a travesty. Szechneyi Baths is the city’s most popular, featuring 15 indoor and 3 outdoor baths, plus a variety of saunas, steam rooms and massage spaces.

Evenings can be spent exploring the neo-Baroque architecture around the city, sipping mulled wine and sampling Beigli, a traditional Christmas pastry filled with walnut or poppy seeds. Escape the cold in coffee houses dating back to the 19th century and pay a visit to Europe’s most beautiful opera house; enjoying a performance of The Nutcracker at the Hungarian State Opera House makes for a truly unforgettable evening spent in the most opulent of surroundings. 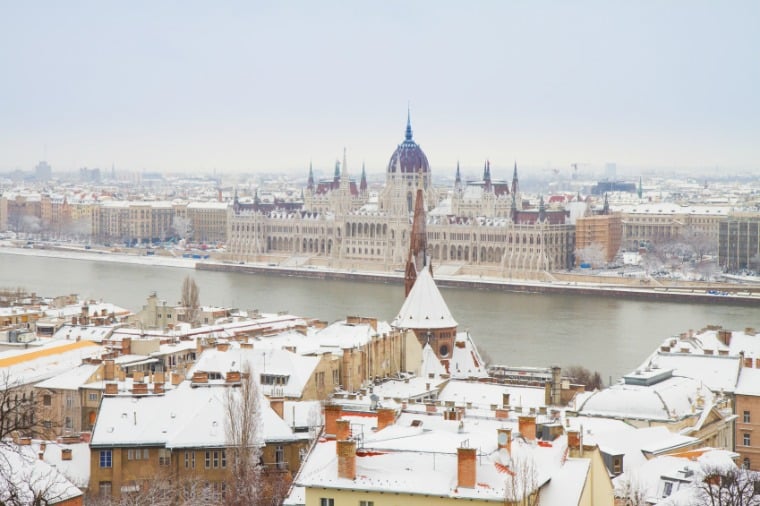 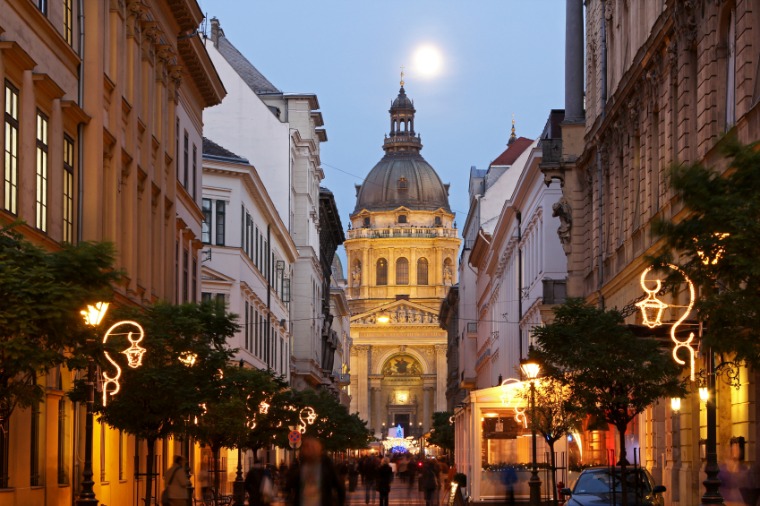 If you long to chase the Northern Lights, Tromsø’s position in the centre of the Northern Lights Oval will give you a head start. Stunning Arctic scenery is so close by, it can be seen from Tromsø’s main street, and some of Norway’s most awe-inspiring fjords are within a short drive of the city. 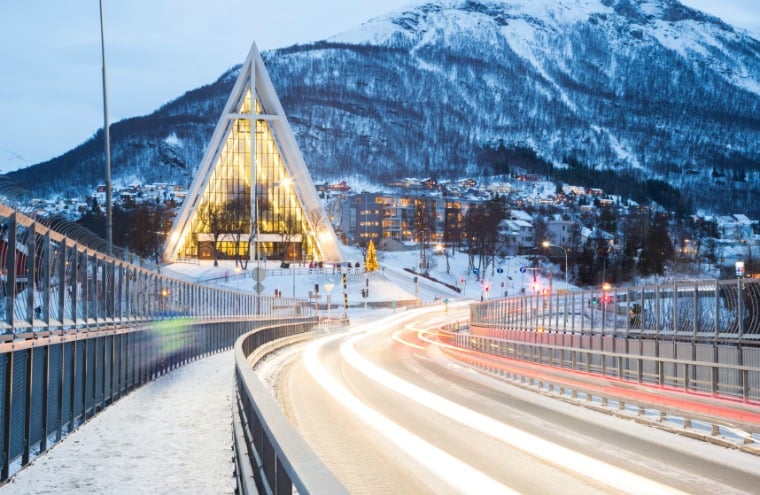 You needn’t venture away from the British Isles to unearth some of the world’s best winter destinations. Edinburgh isn’t just home of the world famous Hogmanay, its olde-worlde feel lends to it being considered one of the UK’s cosiest winter hideaways. Hike to the top of Arthur’s Seat to see the city’s rooftops, snow-covered if you’re lucky, or warm your cockles at the Sheep Heid Inn; established in 1360, this is Scotland’s oldest pub. Shop the pastel-fronted boutiques of pretty Victoria Street, channel festivities of years gone by with dinner amidst the grandeur of Edinburgh Castle and breathe in the cold, crisp Scottish air at the Royal Botanic Gardens. 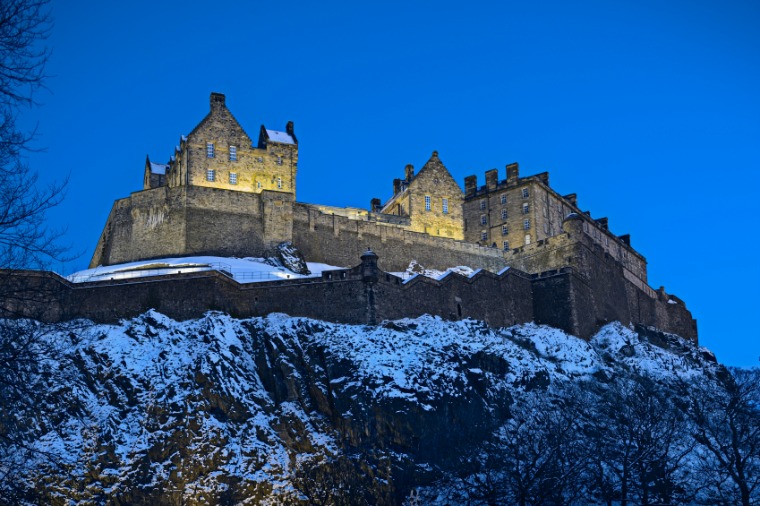 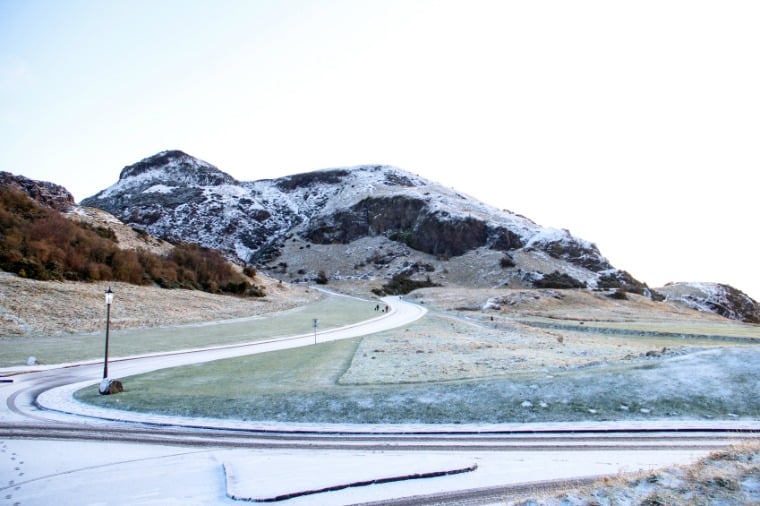 With its medieval architecture and ambling rivers, Bruges is a picture-perfect backdrop to winter festivities. Merchant houses and public squares are illuminated with acres of festoon lights and the smell of waffles and chocolate permeates the air. Head to the Grote Markt for shopping, skating, sipping mulled wine and nibbling on bratwurst. 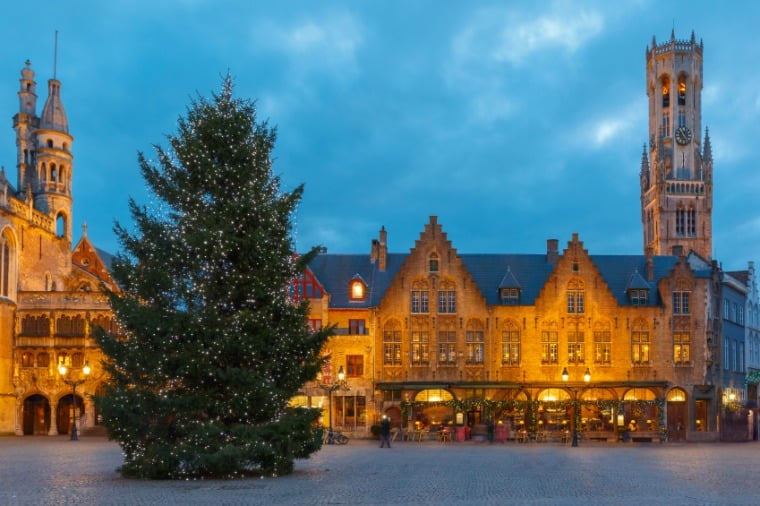 Founded in 1608, Québec is North America’s oldest walled city and with an average annual snowfall of 400cm, the destination transforms into something befitting of a Christmas card come winter. A recognised UNESCO World Heritage site, Old Québec is achingly picturesque. Take a food tour of the historic St Roch region, visit one of many Nordic spas or make the most of Canada’s great outdoors with dog-sledding on snow-covered trails. 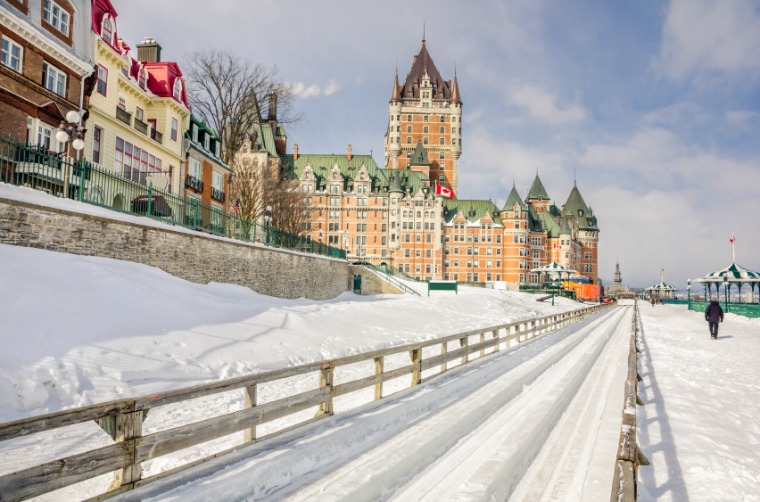 Are you embracing all things festive and planning a winter break? Take a look at our top cruise deals here.