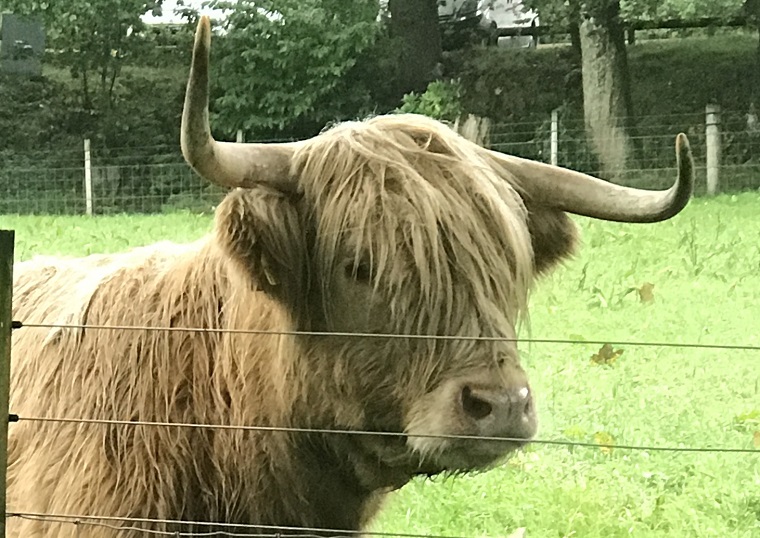 And so we come to the final instalment of our time on board Hebridean Princess. It’s almost a week since we disembarked and as any cruiser knows, it takes a little while to get used to life on dry land again. In the name of extending what was an incredible week on Scotland’s western coast, here’s one last look at how we spent our final few days on Hebridean Princess.

Sundays in Shieldaig are silent. Or they were, until the Hebridean Princess lowered its RIB boat into the water, prompting the start of an hour or so of raucous laughter as Caz careered us around Loch Torridon. She did pause once, slowing to try and encourage a dolphin she had seen in the distance to follow us. After a rip-roaring detour, our speedboat transfer arrived on the shores of Shieldaig, a serene fishing village that sits where the Torridon mountains meet the water. I could have sat on the shore all day, watching a Jack Russell in the water and a trio of locals who had canoed across from a cottage on the other side of the loch for supplies. However, our chariots were waiting to take us to The Torridon Hotel, our second special lunch ashore of the week.

The coach ride to The Torridon was stunning and the scenery once you arrived was equally impressive. After snapping a few shots of the clouds low on the water, we headed inside and cosied up in the reception room of the country estate. Drinks were served – one of 160 different whiskies for those wanting a wee dram before lunch – and we headed into the hotel’s 1887 Restaurant to eat.  Wester Ross Salmon, Duroc Pork Loin and Baked Chocolate Mousse saw us suitably satisfied and in need of a nap, so after some photos with a moody Highland cow, we headed back to the bus and returned to our ship. 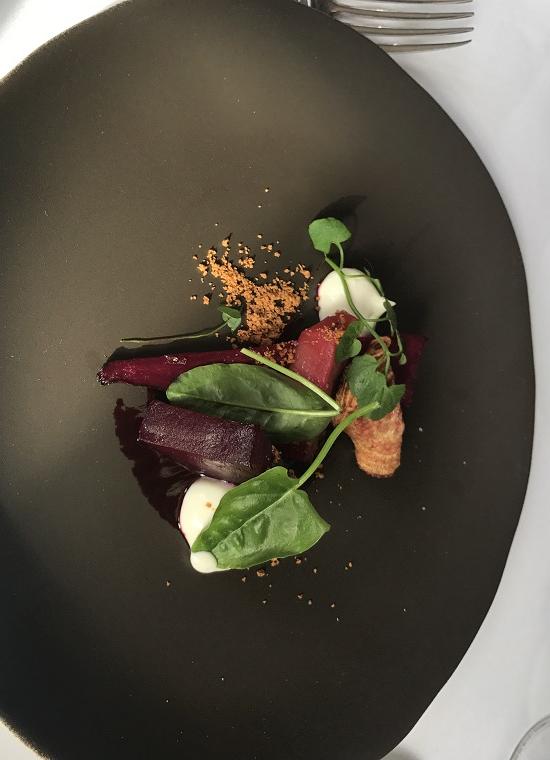 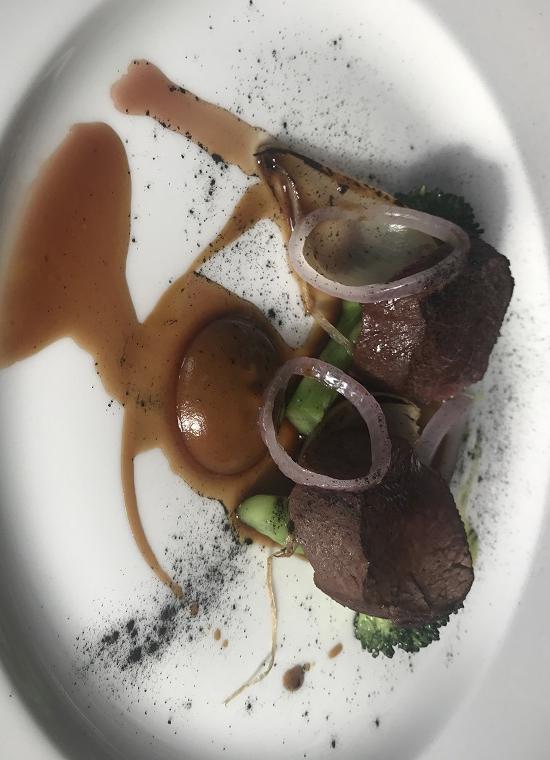 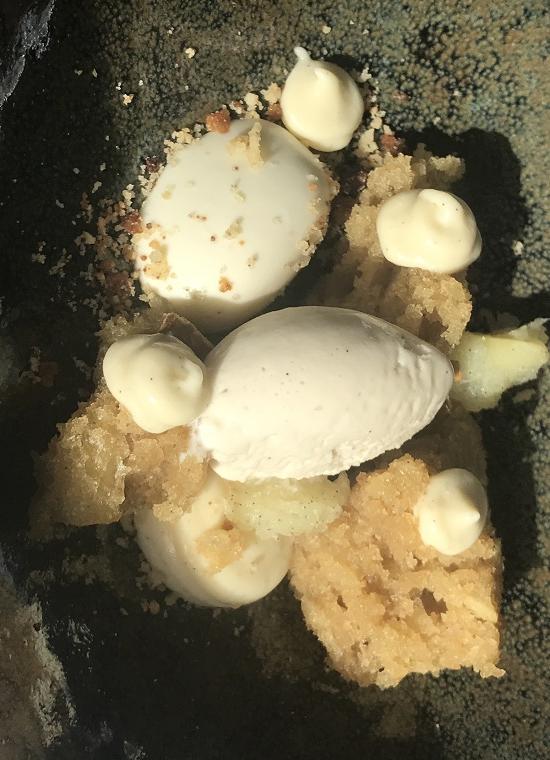 The rest of Sunday was spent cruising south through the Inner Sound, beneath the Skye Bridge and through Kyle Rhea. The scenery was magnificent, keeping most of us glued to our seats in the Tiree Lounge, where huge windows put scenic Scotland at our feet. Later, despite our afternoon indulgences, we somehow managed to fit in dinner in the Columba Restaurant (who could ever refuse a Sunday roast with beef and all the trimmings?), before sneaking off to our cabins for an early night after one of Chief Purser David’s stories.

Hebridean Island Cruises must have a master planner tasked with making sure that your final day of on Hebridean Princess is so good, you never want to leave. Monday was our final day and it would feature not only a gala dinner and regal champagne reception at Duart Castle, but also fine dining at the sprawling Isle of Eriska Hotel. We knew we were in for a treat.

After a leisurely morning cruising south towards the Isle of Eriska, admiring the coast and appreciating the arrival of some sun over breakfast, we took the speedboat ashore. What can we say, once you get used to a speedboat commute, it gets difficult to go back to your average hardy boat. A huge open fire burned in the lobby of the Isle of Eriska Hotel, the smell of wood smoke lingering in the country enclave hidden away behind the trees. The service was impeccable and food incredible, the new chef in town delivering salt baked beetroot, roast loin of roe deer and, a first for all and my favourite dish, vanilla baked parsnip with hazelnut ice cream. The meal was my favourite of the whole week and it left no doubt in our minds that the hotel restaurant would be back on the Michelin list soon. After coffee and peppercorn fudge, it was back on the boats and back to the ship for a quiet afternoon drink in the Tiree Lounge.

In no time at all, it was time to get on our glad rags and head to Duart Castle, where Sir Lachlan MacLean would host us at a champagne reception. Those on Hebridean Princess go all out for gala nights, the gents wearing tuxedos or kilts and the ladies bedecked in floor-length chiffon numbers and sparkles. We arrived to the sound of a lone piper playing from the castle ramparts, instantly setting the scene for what was anything but your average Monday night. The champagne flowed as Sir MacLean told us the history of his family castle and invited us to look around. After an hour or so, the bagpiper returned, this time lit by the floodlights in the castle’s courtyard. It made for quite the atmosphere and one that I expect none of us will forget in a hurry.

Hebridean Princess welcomed us back just as it started to rain and it was off with our coats and into the Columba Restaurant for the Captain’s Farewell Gala Dinner. A few minutes had passed before Chief Purser David – always the comedian, yet unfailing professional too – arrived into the dining room to the sound of bagpipes…carrying a haggis on a silver platter, decorated with pheasant feathers. David proceeded to present the haggis to every table, something which was probably funnier than it should have been, thanks to his ever-hilarious facial expressions. With the music stopped, Captain Heaton performed Richard Burns’ ‘Address to a Haggis’ in a rather believable Scottish accent, something which only added to the drama. As our main course arrived, silver cloches were banged together like cymbals, completing a scene of utter pomp and ceremony that was the perfect end to our time in Scotland.

And then, with our black-tie attire crammed in our cases, it was time to leave Hebridean Princess behind. Scrambled egg with smoked salmon was a fine farewell from the kitchen, before we collected our cases and walked the gangway ashore for the last time. David and Captain Heaton bid us farewell and we went on our not-so-merry way back to the train station for our return journeys home. With the sun now shining, the landscapes on our way back looked even more inspiring and Egon had one last treat in store for us as we stopped to stretch our legs at Loch Lomond: a flask of coffee and one last lot of those amazing ‘calorie-free, the more you eat the slimmer you get’ biscuits. It was the perfect end to our Highland and island fling. 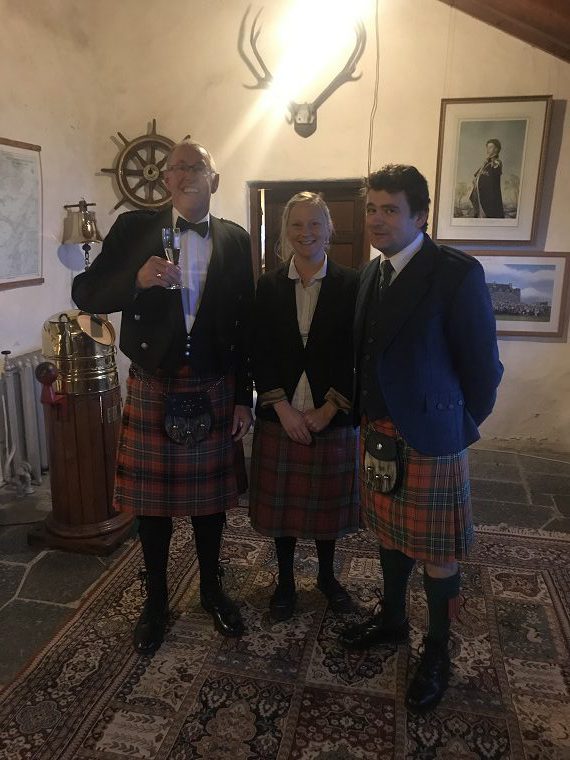