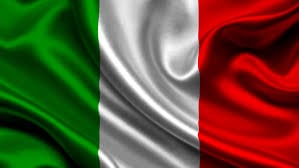 The Mediterranean has fast become one of the most popular cruise destinations in the world. Renowned for its historic cities, beautiful scenery and stunning weather, the Mediterranean is a region that appeals to everyone. Whether travellers have a deep rooted interest in history and culture, a love for good food, or simply cannot resist topping up the tan on the glorious beaches, the Mediterranean never disappoints.

However, while the Mediterranean on the whole is massively popular, there is one particular area that is fast becoming a cruise hotspot – Italy. This year, we’re seeing cruise lines taking in more Italian ports than ever before and we’re also being offered a wider range of cruise choices when sailing around the Italian Med. P&O Cruises, for example, are now offering a number of fly-cruises from Genoa in northern Italy between Pisa and Nice as well as Venice, and Royal Caribbean’s Anthem of the Seas will begin Italian Med sailings in 2015 from Southampton, taking in ports such as Florence and Rome.

If you’re keen to explore everything Italy has to offer – from the mouth-watering pasta to the incredible architecture – here are seven of the best ports that you’re sure to fall in love with: 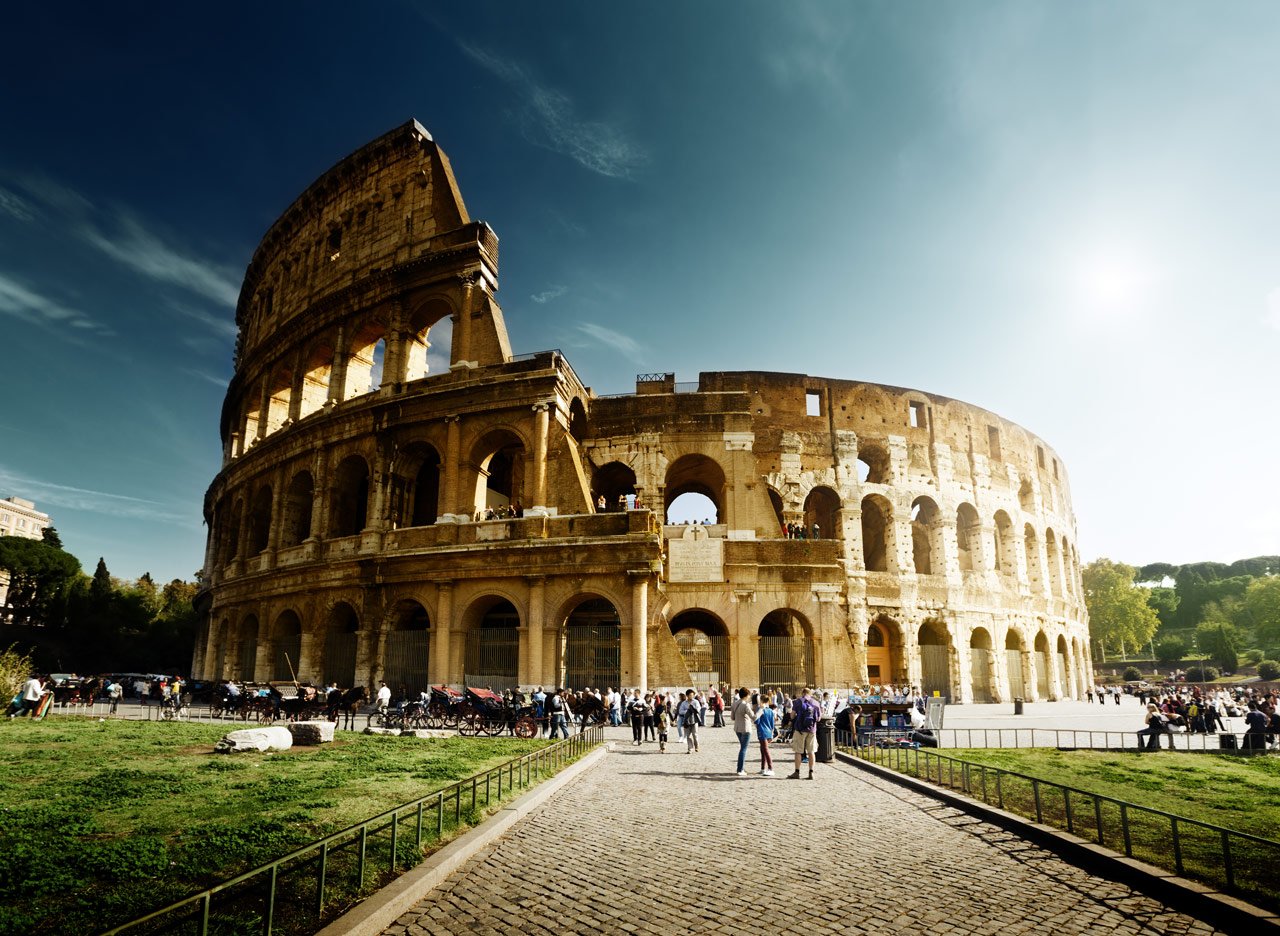 Rome is one place that you’ll find yourself going back to year after year. There is so much to see and do that it’s impossible to fit everything in on just one trip. For first timers, there are two places you simply can’t afford to miss – Vatican City, and the Colosseum. Vatican City is home to St Peter’s Basilica – the largest, and perhaps most important cathedral in the world – and the Sistine Chapel, adorned with artwork by Michelangelo and famous for being the official residence of the Pope. The Colosseum, although now only a shell of its former self, is a prime example of the amazing buildings created during the Roman Empire. Exotic animals were imported from all over the world to fight at the Colosseum, which shows just how far theatre has evolved since the Flavian Dynasty. Some cruise lines even offer the chance to be a gladiator for the day as part of an excursion package. 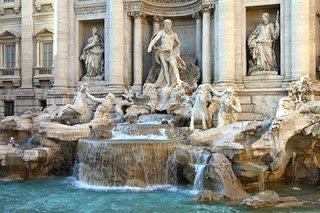 Tip: The centre of Rome is located about 40 miles from the port in Civitavecchia. It’s well worth booking an excursion through your cruise line which takes the hassle out of transport between the two destinations. The transport is all taken care of and protects against any worrying delays you may experience on Italian public transport, as despite it being in place, it’s not always the most reliable!

Listing ‘Sardinia’ is cheating a little, as there are actually two fantastic ports located on this tiny Italian island – Alghero, to the north, and Cagliari, located on the south coast. Both destinations are equally as beautiful, so you’ll have the true 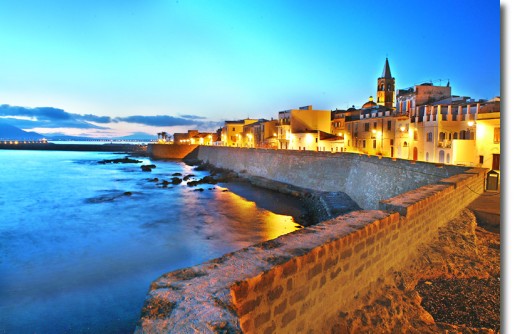 Sardinian experience no matter which port you dock into. Cagliari is, quite simply, breath-taking. There are two aspects that make this port extra special, and that’s Poetto Beach, which runs between the centre of Cagliari and nearby Quartu Sant Elena, and the Molentargius Pond, home to dozens of flamingos. Alghero, on the other hand, is wonderfully historic, comprising of narrow, cobbled streets leading to a number of bars, cafes and restaurants. With Catalan origins, Alghero has a very Spanish feel, with many travellers referring to the town as ‘Little Barcelona’.

Tip: If you want the best chances of viewing the flamingos in Cagliari, sail during the winter. The flamingos settle here for a little bit of winter sun! 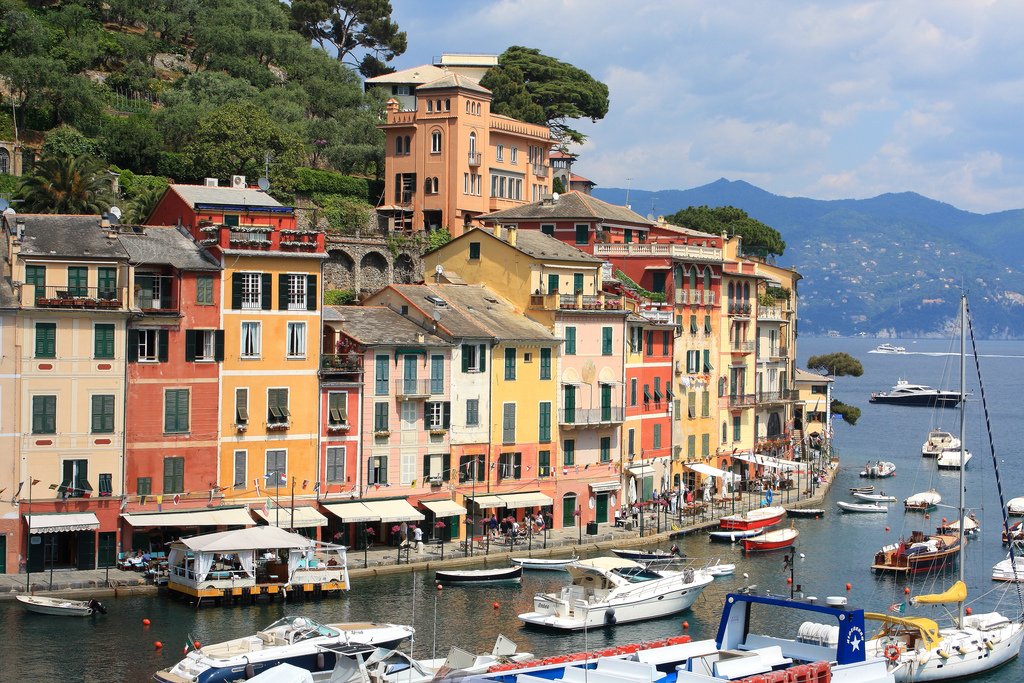 Located in northern Italy, Genoa is on the fast track to becoming one of the most popular ports in Italy, thanks in part to P&O’s decision to offer a range of fly-cruises from this wonderful destination. Genoa is one of the largest and most diverse historical cities in all of Europe and is ideal for those with an interest in history and culture. There are more than 20 museums within the city, with the Galata Sea Museum perhaps being of particular interest to cruisers. Claiming to be the world’s ‘largest museum devoted to sailing in the Mediterranean’, this will be right up any cruise passenger’s street. However, you don’t really need to do anything specific to have a great time in Genoa. The Old Port area is almost an attraction in itself, offering an old town feel coupled with the breath-taking scenery across the marina.

Tip: While it’s only a short walk between the cruise terminal and the Old Port area, it’s best to hop in a taxi. The area between the two is primarily populated with hotels, financial institutions, and a university. It’s safe, but it’s not that interesting! 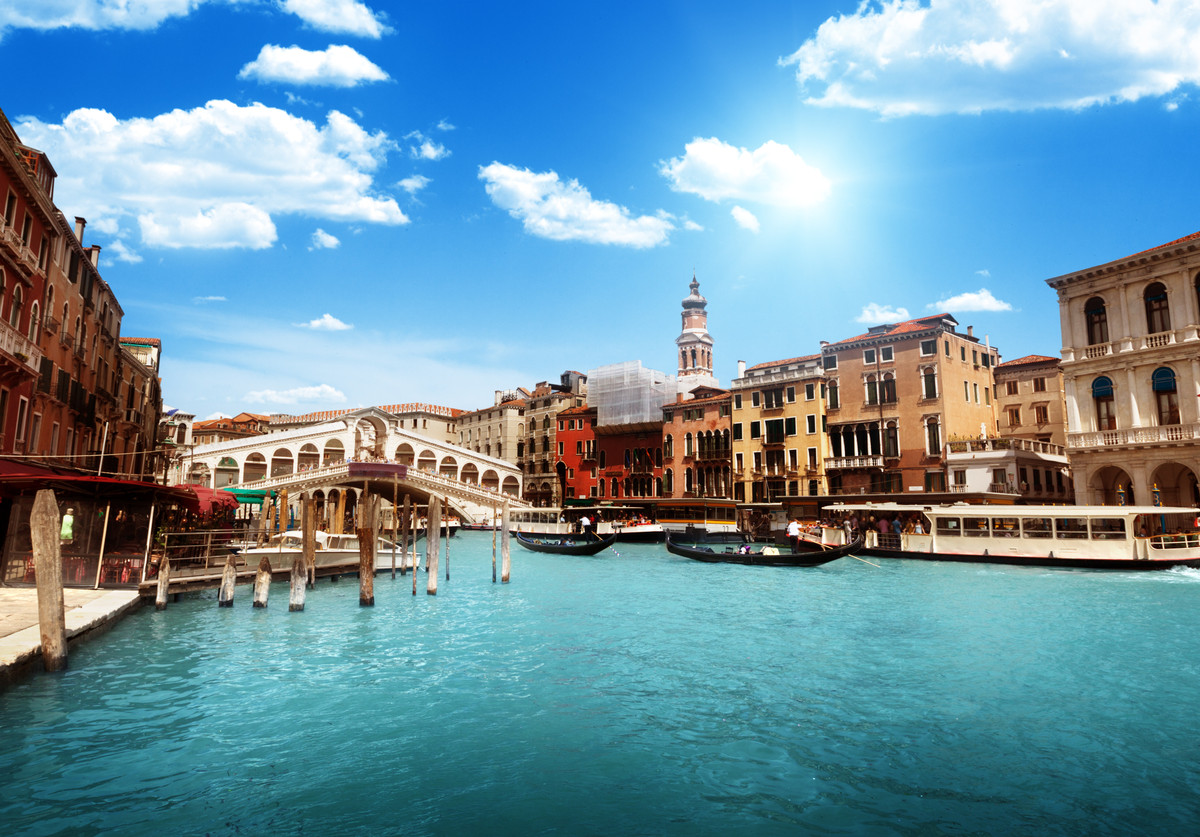 Venice is one of the most unique and breathtakingly beautiful places in the world. Comprising of a complex network of canals and bridges, the landscape has made it very difficult to modernise the city, leaving it largely untouched since the Middle Ages and the Italian Renaissance. Venice is home to two of the most recognisable structures in the world – the Bell Tower of Saint Mark, and the Rialto Bridge – both of which have been replicated in other countries. A must-do for visitors to Venice is to take a gondola trip along the famous Venetian canals – it’s touristy, but you can’t visit Venice without passing under the magical and romantic Bridge of Sighs.

Tip: With so many narrow bridges, Venice can become quite crowded, especially during the summer. For the true Venetian experience without the crowds, head to the Dorsoduro area. Primarily an area of hotels, cruise passengers don’t often venture out here, yet the scenery and atmosphere is just as authentic as in

central Venice. The Venetian cruising industry was to be hit dramatically in 2014 as new restrictions were to be put in place but following a recent regional tribunal, the new restrictions were for the time being overturned.  The law has been suspended by a regional Veneto court.  The suspension of the new laws follows the lack of complete proof of environmental damage being caused by cruise ships entering the lagoon and that sufficient alternative routes into the city had yet to be fully comprised.  The decision is certainly a victory for the cruise lines but may only prove temporary. So for the time being, if you want to experience big ship cruising but also have the opportunity to cruise into Venice then now is the time.

It actually takes less than one hour to travel from Genoa to Portofino, so this destination could easily be explored by a day trip from the city, but we think it’s worthy of a mention all to itself. Portofino is a tiny fishing village that requires a tender (or a short taxi ride from the nearby port in Santa Margherita Ligure), filled

with beautiful scenery and sophisticated charm. Portofino could be described as Italy’s answer to Saint Tropez – it’s a favourite of the rich and famous from all over the world, welcoming luxurious yachts into its harbours. While there are very few attractions here, you certainly won’t be bored. Taking in the sights could entertain you for a full day, but leave time to sample the unique Portofino wines. Nostralino wine is local to the Portofino area, and has a somewhat citrus-like taste.

Tip: The weather in Portofino can reach 30 degrees celsius and above during the summer months. To avoid the high heats, wake up early and get on one of the first tenders over to the village. You can be back on ship cooling off in the pool by the afternoon. Portofino itself is only accessible to smaller cruise ships, look out for luxury cruise line sailings with Seabourn for example to experience sailing straight into this beautiful destination. 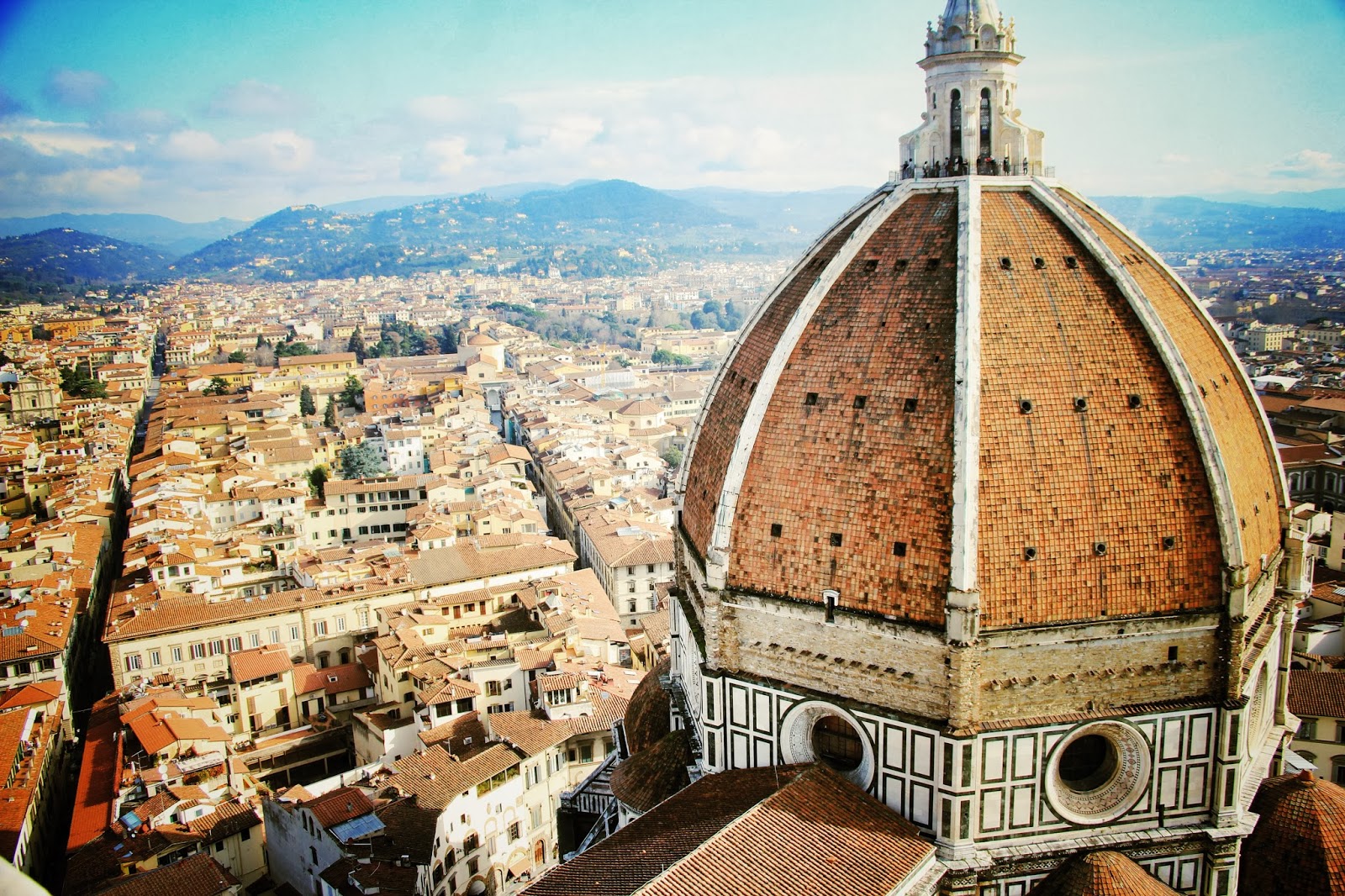 Florence, the capital of Italy’s Tuscany region, is located just an hour’s drive from the cruise port in Livorno. Florence retains very close connections with the Italian Renaissance period, full of world famous artwork, awe inspiring architecture and culture galore. Whether you’re an art lover or not, all visitors to Florence absolutely must make a trip to the Accademia Gallery to get a first-hand glimpse of Michelangelo’s David – measuring 17 feet tall, it’s incredible to view this classic 16th century sculpture up close. Tuscany is one of the most picturesque places in Italy, if not the world, so it’s well worth walking up to the top of Giotto’s Bell Tower which commands spectacular views across the region – but be warned, there are 414 steps between you and the viewing platform! 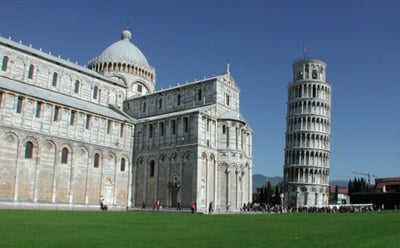 Florence is also a fabulous destination for shopping.  Here you will find an incredible range of leather goods not forgetting the stunning and famous Ponte Vecchio Bridge, a wonderful sightseeing opportunity and also a great place to purchase amazing jewellery.

Tip: If you find yourself heading back to Livorno with time to spare, make the 30 minute detour to Pisa where you can grab a snap of you pulling the ultimate tourist pose – holding up the Leaning Tower! Like Rome, it is definitely worth booking a cruise excursion here due to the transfer time between Livorno and Florence. 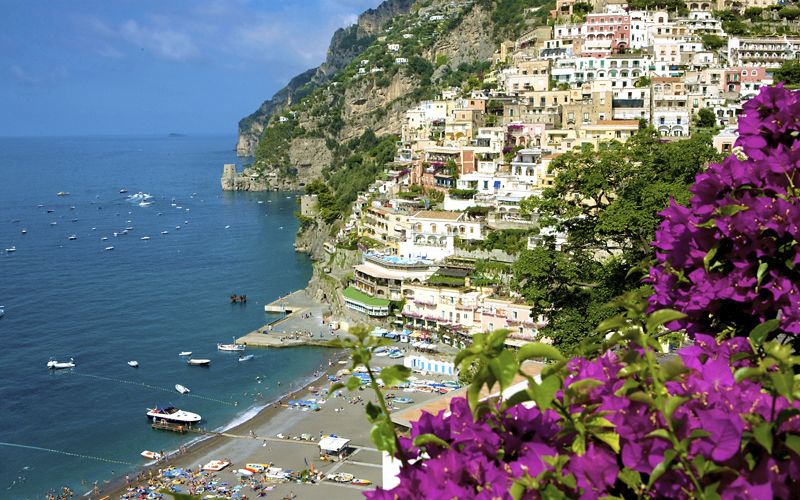 Capri is a small Italian island located just off the coast of Naples. While beautiful like the rest of the country, Capri is more known as a paradise for those who enjoy outdoor activities and sports. With mountainous terrain, hiking is very popular here, along with swimming and all manner of water sports. Simply walking around Capri is an activity in itself, gazing at all the fantastic villas and palatial houses you pass. Capri was somewhat of a holiday destination for wealthy Italians during the Roman Empire, and luxury holiday homes of the emperors can still be seen today.

Tip: Many cruise lines offer excursions which take in Capri, Sorrento, and Pompeii all in the one day. This is one of the easiest and most cost effective ways to take in the best sights of the region.

With more destinations, even more ships to choose from and greater flexibility, there has never been a better time to explore the magnificent ports of the Italian Med.