The morning we arrived in Southampton was a wet one, with grey skies and driving rain blighting our journey. As we arrived in the car park, we met an American couple who were set to travel on board the NCL Escape the following day for its inaugural cruise to Miami. They envied us for seeing the ship first and we envied them for setting sail towards the sun when conditions at home were oh-so-English. But then we were on board. The clouds broke to reveal a little sunshine, the DJ hit the decks, kids and adults alike slipped and slid through the tubes of the Aqua Park, people laughed over margaritas and nachos at Jimmy Buffett’s Margaritaville at Sea and the party was in full swing at the Waves Pool Bar. Suddenly, we were in Miami. Whilst the beach and heat were admittedly missing, the party was right here, and that set the tone for our time aboard the newest ship in the world. Here are our first impressions of NCL Escape – you might want to grab a cocktail and join us for the ride. 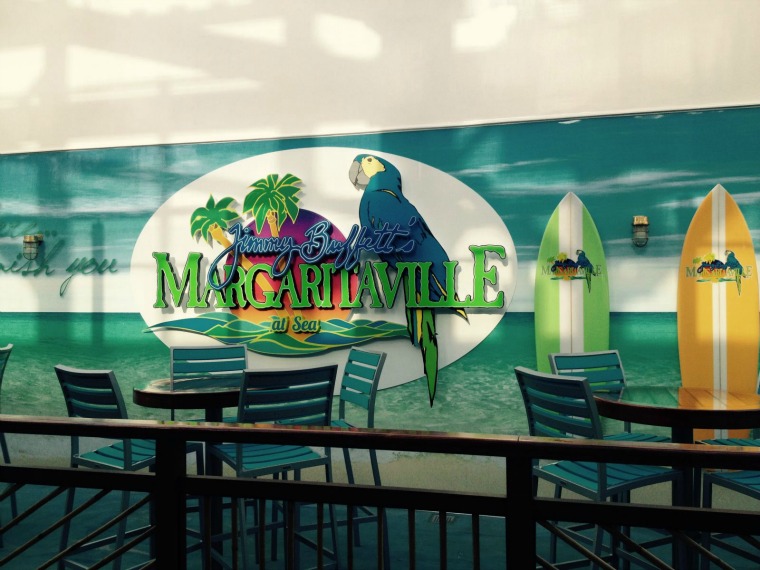 With a gross tonnage of 164,600, NCL Escape is undeniably enormous and did a spectacular job of dwarfing P&O Cruises’ Aurora, which happened to be in port at the same time. Guy Harvey’s artwork brought a splash of colour to Southampton Docks and the Aqua Park was a multi-coloured crowning glory. If you are a seasoned cruiser who enjoys the traditional finer things in life, look away now. However, if you’re looking for fun, sun and more bars, restaurants and lounges than you could possibly see in a single holiday, NCL Escape is your ship.

Christmas had come early for the kids on board; Splash Academy kid’s club, record-breaking waterslides at the Aqua Park, an enthralling rope course, graffiti-themed crazy golf, the Entourage neon-lit teen lounge (complete with one heck of a dancefloor), basketball and bowling alleys to keep them entertained while the ‘rents enjoyed a drink in O’Sheehan’s Neighbourhood Bar & Grill and an enormous video arcade overflowing with more slot machines than Brighton seafront. Cruising became cool in recent years and NCL Escape is like the popular kid at school who throws all the best parties and has all the best gadgets. 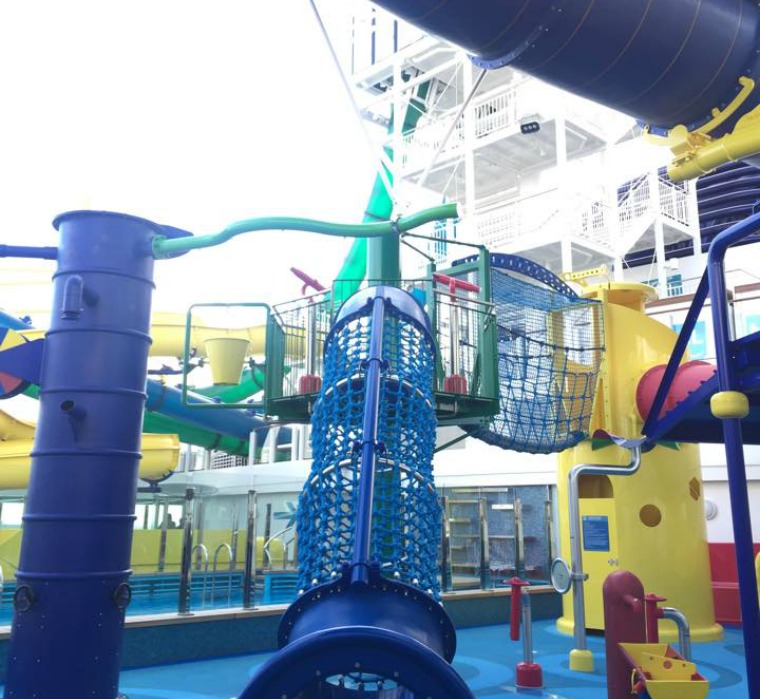 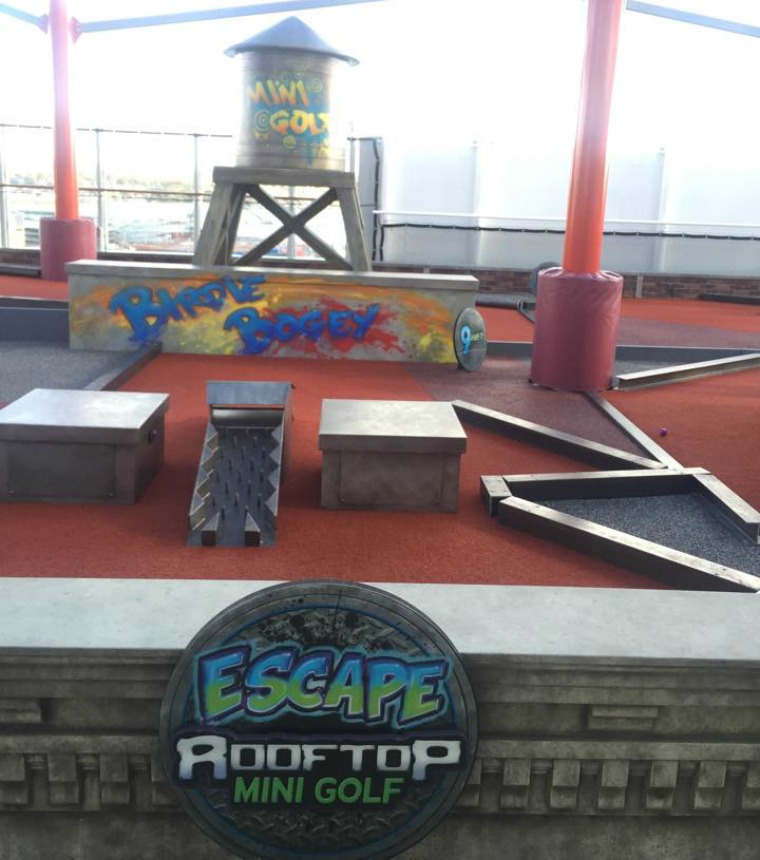 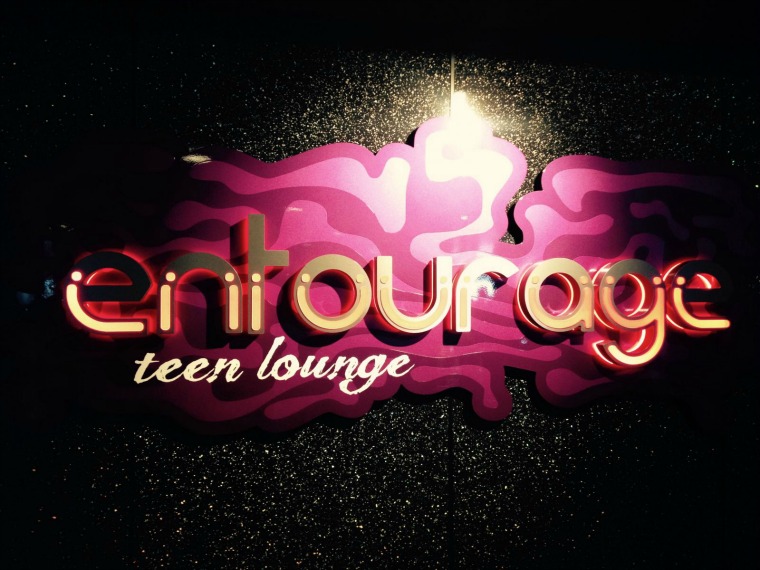 For all that NCL Escape is unashamedly fun, the balance is wholly restored in The Haven. Hidden away at the top of the ship, this exclusive enclave embodies the same ambience one usually encounters on a spa retreat. Crystal wall lights glisten behind fresh orchids, velvet sofas are accessorised with plush champagne and teal cushions, and an air of sophistication permeates every inch of the fine dining restaurant. The Haven Spa is serene, with the only sound coming from the water that slips down the surface of a floor-to-ceiling water feature and into the pool below. If you have found yourself tempted by the peace of a five-star beach resort but long for the exploration aspect of a cruise, The Haven offers an unparalleled combination of the two. 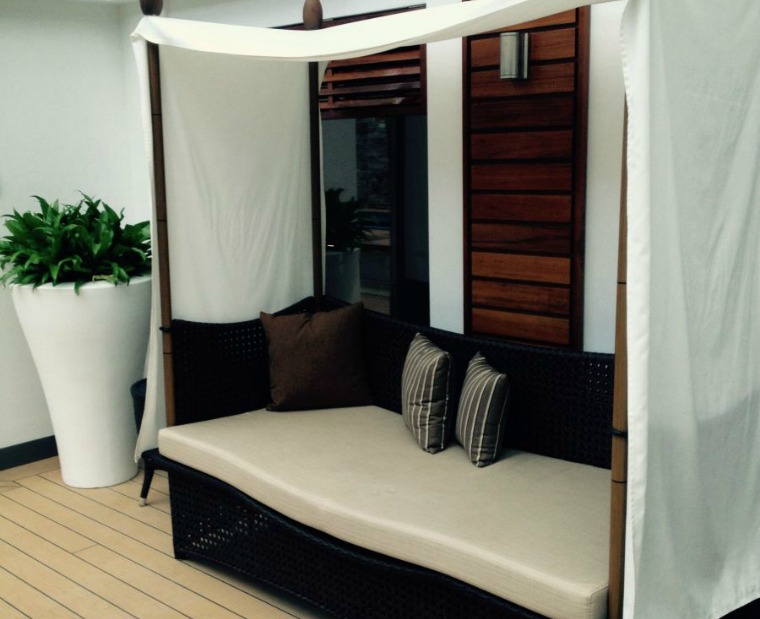 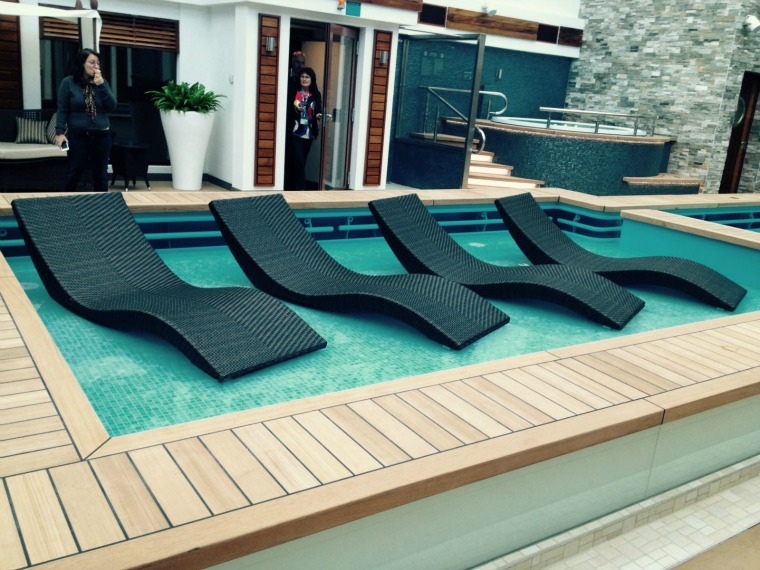 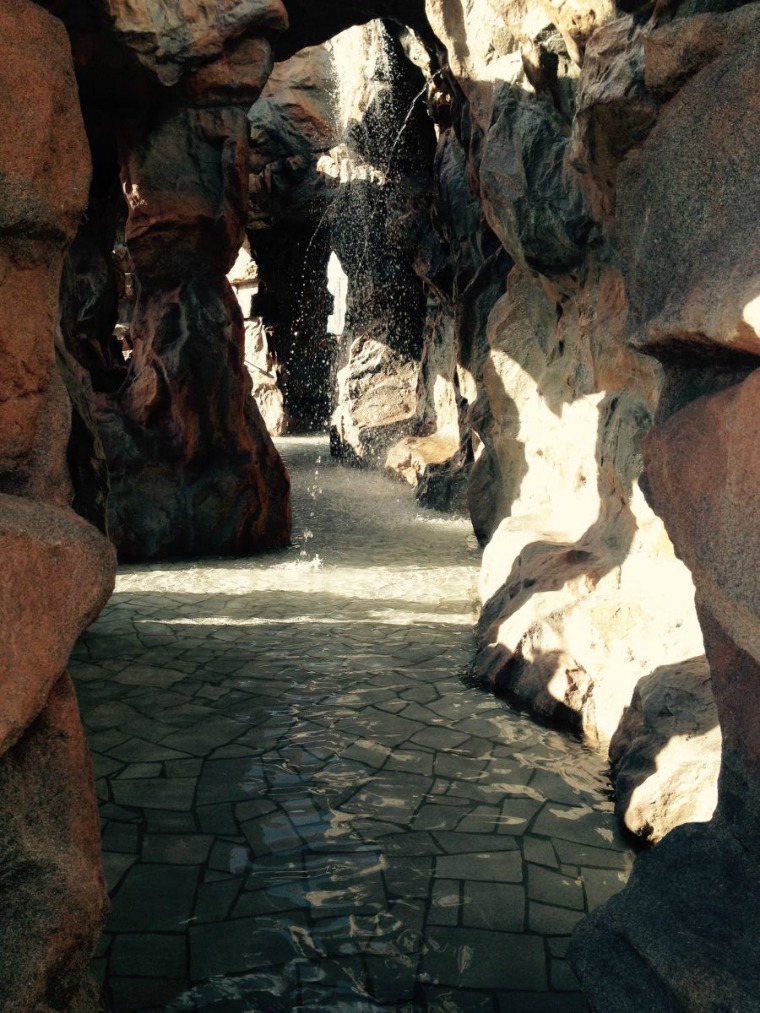 Having seen The Haven’s public areas, we thought we were well prepared for the luxe factor of its suites; we were wrong. The Owner’s Suite is in a world of its own with gilded wall art, immaculate interior design, marble bathrooms with two full walls of window overlooking the ocean, a sizeable walk-in wardrobe big enough to satisfy even the biggest fashionista. Dark wood floors and slick cream accents complete the luxury appeal and your personal butler will have his work cut out for him, thanks to the number of people you can accommodate for parties on the balcony. 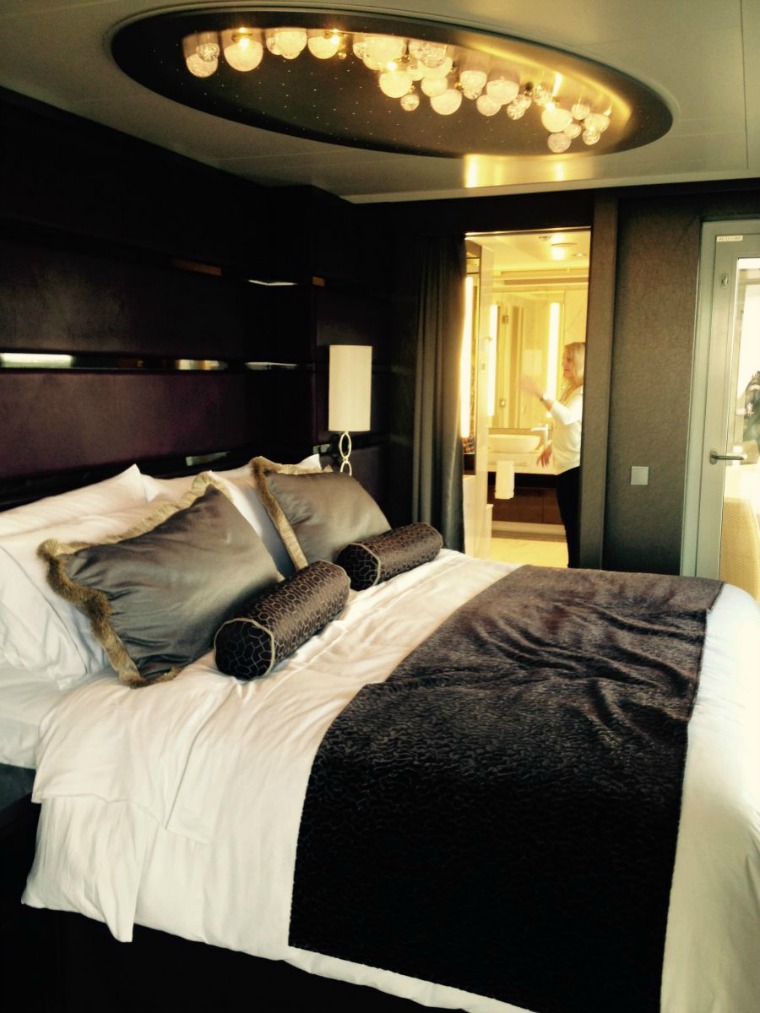 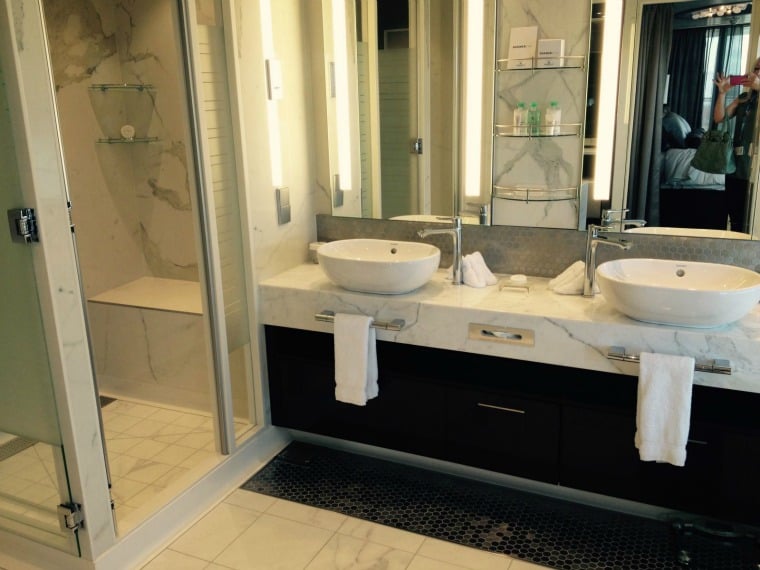 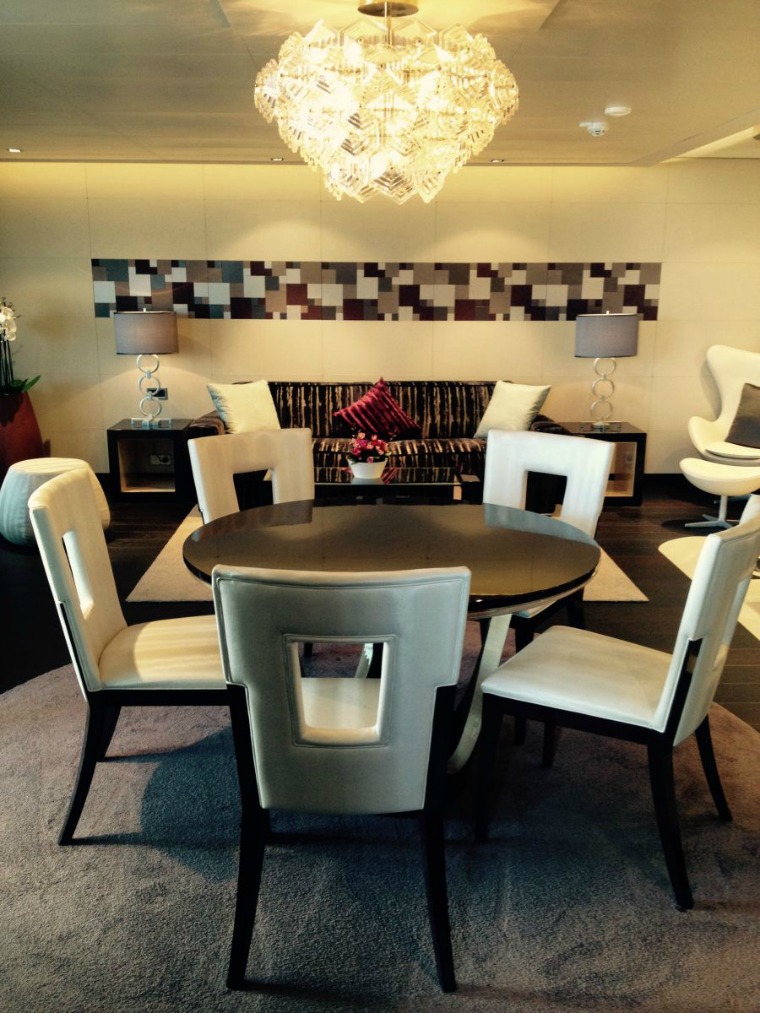 After checking out the staterooms, we got a taste of the ship’s public spaces; no small task when faced with 27 different dining choices and 21 bars and lounges. The Garden Café served a substantial buffet spread that seemed to please those digging in and the open-air section proved very popular, whilst elsewhere the Bake House was stocked to the rafters with cupcakes, sweet pastries and multi-coloured macarons, much to the delight of sweet-toothed travellers. Cagney’s Steakhouse and Moderno Churrascaria were omitting a dark and sultry vibe, enhanced by charcoal walls, glimmering steel and smoked mirrors. The laughs were already spilling out of the Headliner’s Comedy Club and there was a certain gentleman’s lounge feel to the Tobacco Road Liquor Bar. Raspberry mojitos were served with a side of Cuban flair at the Sugarcane Mojito Bar and the smell of Spanish tapas lingered around Pinchos Tapas Bar, novelty appeal coming courtesy of a menu served in a carved wooden box. The Supper Club had its name up in lights and seemed to channel a sultry French sense of occasion, as did Le Bistro restaurant, where all that was missing to complete the Parisian ambience was a view of the Eiffel Tower. 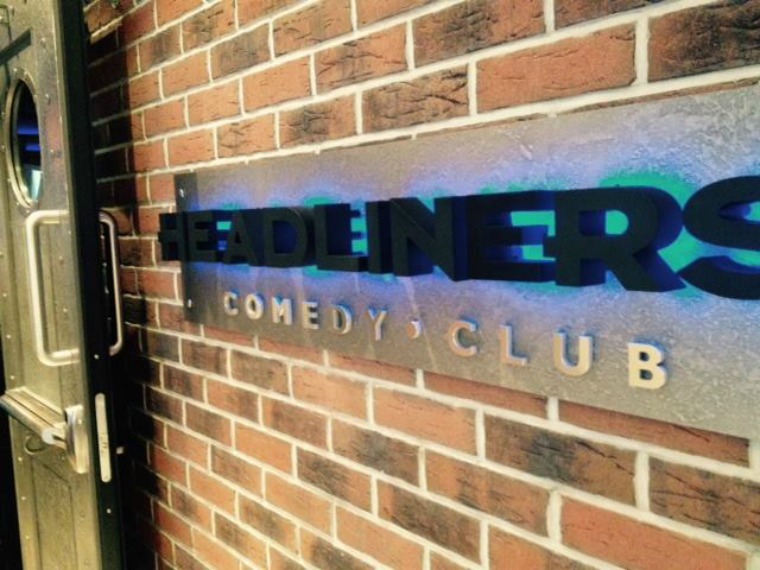 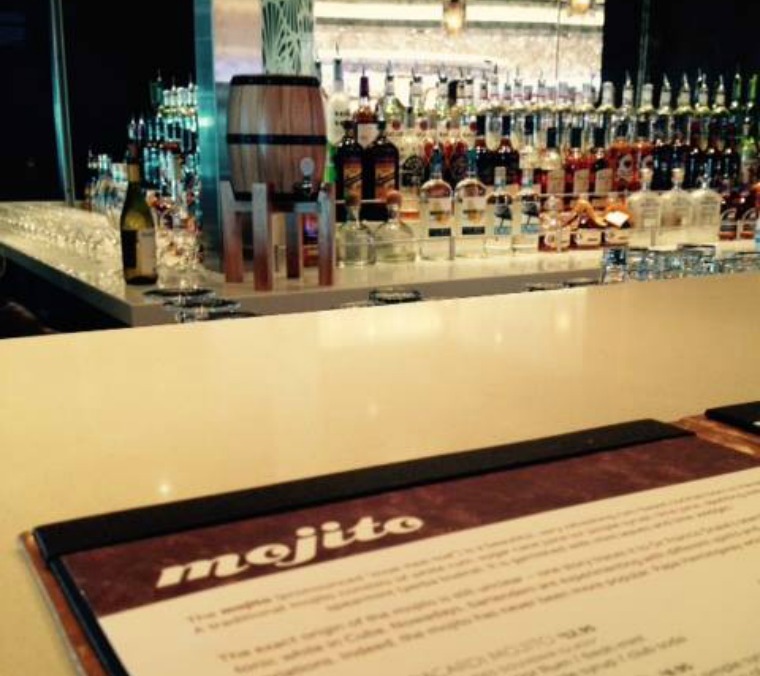 We dined at Teppanyaki, where the cover charge of $29 was well-justified. Once seated, we enjoyed course after course of authentic Japanese hibachi fare, which will go down in history as some of the best we have ever eaten. Fillet mignon steak was cooked to perfection and served on a satisfying bed of rice and noodles, whilst those ordering the seafood option were spoiled with lobster, squid and perfectly cooked scallops. Defeated by the sheer volume of incredible food, we reluctantly refused a dessert of Green Tea Cake with Peanut Brittle Ice Cream. The main dining rooms, Taste and Savor, were well-received, offering a menu so tempting that it would be impossible to order any less than three courses. 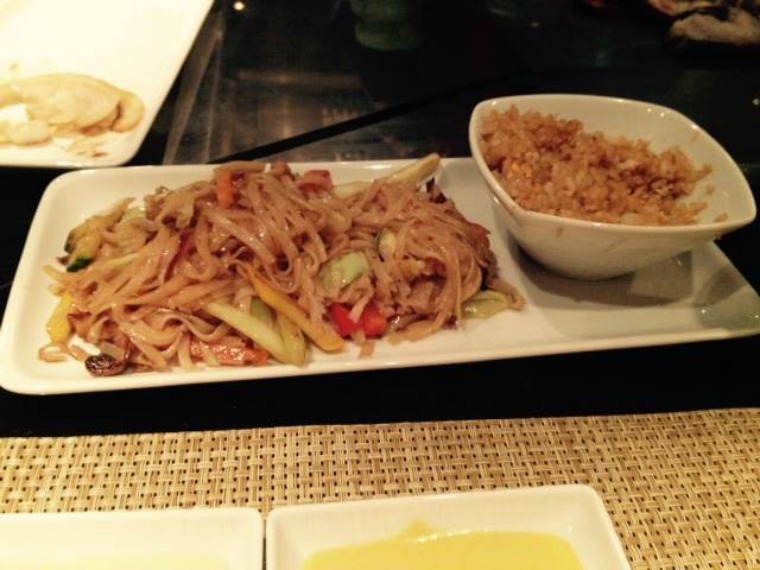 Norwegian Cruise Line promises that NCL Escape will ‘keep you up all night’ and we don’t doubt this bold claim for a second. We listened to piano-accompanied renditions of hits including Empire State of Mind in Howl at the Moon and the Escape Theatre rocked to the beat of the Million Dollar Quartet musical, with the Tony Award-winning show garnering rave reviews. Craft beers, cocktails and live bands kept the party going late into the night at The District Brew House, its too-cool-for-school interiors befitting of its dive bar theme. The two-tier Waves Pool Bar overlooks a sizeable pool area, complete with DJ and enormous screens playing the hits; pool parties will no doubt abound come those sultry Miami nights. 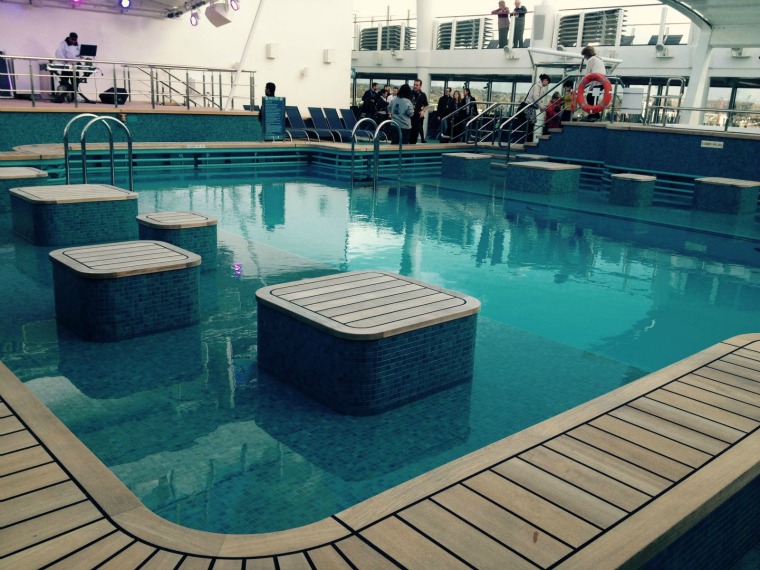 Come morning, it was time to say goodbye to our balcony cabin. It had been a great home for the night, with a private balcony, substantial wardrobe and spacious bathroom with corner shower. The best bit of all? A USB charger incorporated into the bedside lights – something that will bring a sigh of relief to any technology buff and a feature that prompted much praise from those on board.

Having ‘escaped’ for the evening, we disembarked with a brochure in hand and a plan in mind. Having already spoken to our nearest and dearest to try and put into words how amazing the ship really is, we were already planning our return. Only this time, we’ll be Caribbean bound.