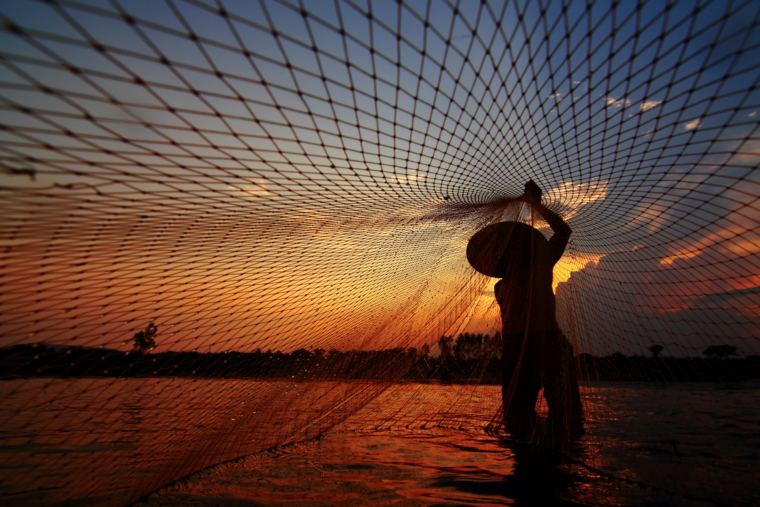 If you missed part one of the blog, you can read it here >> Mekong River Cruise with APT.

Mekong Cruise Through Vietnam and Cambodia

The next day we reached Phnom Penh for an overnight stay. I was looking forward to this port more than any other as this was a chance to see the Killing Fields and the Tuol Sleng Genocide Museum and notorious S21 Prison, a subject I had researched extensively beforehand.

APT arranged a morning group tour with our new Cambodian guides, who had replaced the Vietnamese guides once we had crossed the border. Once again, these guides were invaluable and the excursion was both fascinating and humbling at the same time. We even met one of the few survivors of S21 Prison. Mr Bou Meng was one of only 14 out of some 16,000 prisoners who avoided death at the hands of the Khmer Rouge guards here during its three-year history. Other morning tours were offered by APT including a city Tuk Tuk tour, visit to Royal Palaces or a National Museum for those who did not want to see the genocide sites. It’s worth mentioning that we actually managed to pull in all three activities in the afternoon during our free leisure time, good to know if you can’t choose between them. In the evening we had a chance to dine locally and relived my daughter’s backpacking days by visiting the hotel she stayed in here in 2015 and also her favourite bar opposite – that was an eye-opener on its own!

Having overnighted in the city we had a morning entirely to ourselves to explore during the morning. Whilst my wife and daughter decided to venture out by Tuk Tuk, my son and I went in pursuit of his shooting passion to a shooting range. Clearly the abundance of these being available is a direct consequence of the recent years of civil war with so much weaponry left behind afterwards. Getting to the range proved an experience in itself; having been told by our Tuk Tuk driver that it was just 25 minutes away, a three-hour, seat-of-our-pants round trip ensued, travelling on everything from motorways to back roads, dirt roads and even the wrong way against traffic on a motorway for a least a couple of miles to beat the queues. You soon come to learn that, when on the roads here, anything goes. Remarkably, the chaos seems to work out fine and without incident. We returned to the ship with just minutes to spare, before sailing after another amazing morning to remember. 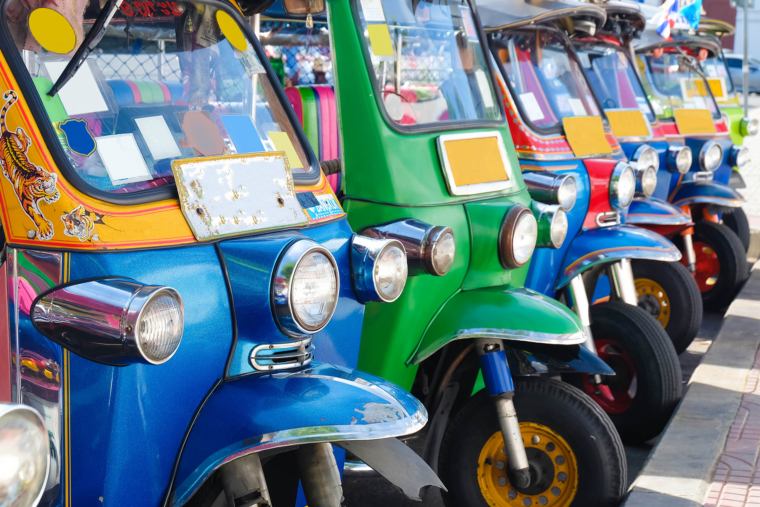 Sailing out of Phnom Penh, we could not follow the advertised itinerary as strong currents meant the usual route ahead was closed at a newly-constructed bridge and APT had an alternative plan in hand to take us to our final destination. So, in the afternoon we called into the island of Koh Oknha Tey, where we took a Tuk Tuk to a local silk factory and primary school. The school was a delight and another memorable experience arranged by our APT guide. He had arranged for us to join a class of children learning English, who were so excited to see us and the interaction was fabulous. To my surprise, even my teenage son engaged with the children and he was clearly moved by the experience. 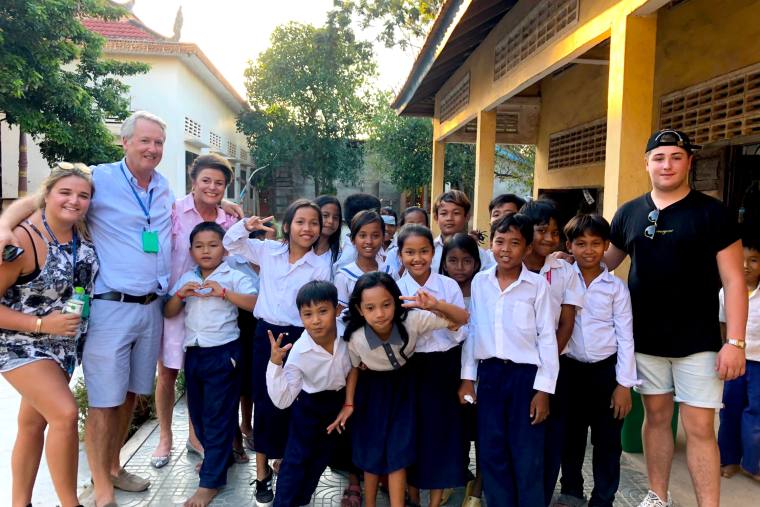 We sailed north to Angkor Ban, enjoying a chance for a leisurely morning sailing after such a busy itinerary, arriving Saturday midday. In the afternoon we stepped ashore into a local village, which included a second home visit, this time belonging to a Cambodian family. Like before, several generations lived together in one small, traditional home, in harmony with their animals and all their modest possessions.

We finally arrived at Kampong Cham on Sunday, where we moored overnight. The comprehensive program by APT continued on Sunday with a visit to local temples and then it was back on board for a farewell dinner and show by the ship’s crew. While they won’t be appearing on the Royal Variety Show anytime soon, it was a great effort and both we and our fellow travellers enjoyed the evening.

The following morning, after a fascinating week on board AmaLotus, we were ready to move on, but rather dreading the 5-hour coach drive to Siem Reap. It was with great relief then that we discovered APT had arranged two very comfortable coaches with wide reclining seats to transport us and also that the roads proved to be quite smooth. So, having anticipated an arduous journey, it was actually very comfortable and the time passed quickly. We passed endless local houses and roadside businesses, plus more and more paddy fields as we got closer to Siem Reap. It was also interesting to see more modern houses interspersed with the traditional, an indication of how modernisation had reached the region and it was clear that change was going to happen very quickly. I feel privileged to have seen both Vietnam and Cambodia before the sad but inevitable modernisation takes place. 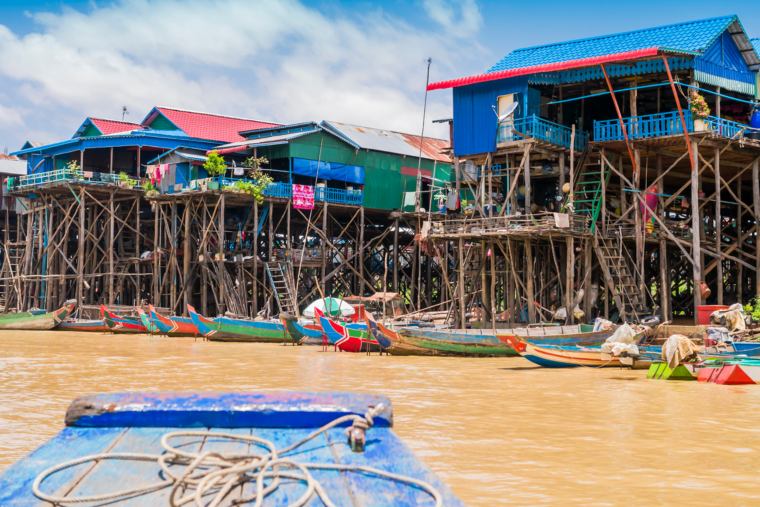 We checked into the Sofitel Siem Reap, where APT’s attention to detail continued with a group lunch consisting of a nice club sandwich and drink. We found the group gatherings to be an opportunity to catch up with the fellow travellers we had grown to know from Australia and the UK (‘my family’ as the guides described us). In the afternoon, APT had arranged a trip to the first temple, Angkor Thom. Our children being very tired by now decided to give this a miss and rest at the hotel. We, on the other hand, did not want to miss out, after all Siem Reap is famous for its amazing temples that remain in excellent condition. This proved to be the right choice and after just a very short drive we were wandering round this amazing site with our guide.

Back at the hotel it was time for dinner and APT provided a range of local restaurants where they offered an inclusive dinner for you to dine independently. As you will have noted already, so much is included and we appreciated the little touches too, such as a Tuk Tuk booked at our disposal to take us to dinner and back, plus a welcome drink waiting for us on arrival. Back at the hotel it was time for cocktails; the Sofitel Siem Reap was a lovely base, perhaps the best hotel in the city, and had a great bar for us to conclude the evening. 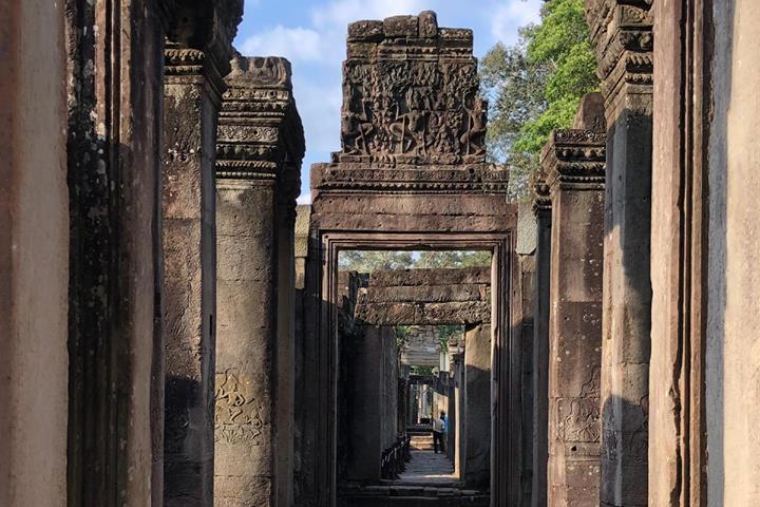 The next day was a highlight tour from our hotel to see Angkor Wat, the world’s largest religious monument and Seventh Wonder of the World. APT offered a choice of two tours, the first departing at 4.30am to capture the sunrise and the second at 9.30am for anyone wanting a more leisurely day but prepared for larger crowds. My son opted for the sunrise trip, being keen to get some photos for his college course, while the rest of us settled for the latter. The site was truly magnificent and the scale impossible to get across. The waterways, moats, temples and carvings are incredible and again I was pleased to visit before the site is overwhelmed by over-tourism, which is likely as the Chinese market becomes more mobile. In the afternoon, APT offered their final sightseeing tour of the trip to Ta Prohm, known for the thick jungle of fig trees that have enveloped the structure. We decided to give this a miss, choosing a relaxing afternoon around the hotel’s huge swimming pool.

On our final day, APT continued with their thoroughly inclusive itinerary right to the end. My children embarked on an organised quad bike adventure to the outer villages of the city and my wife joined a group visit to a local house where they were given hands-on Khmer cooking lessons, all of which were a great success. The day ended with a farewell dinner in the hotel, where we had a last chance to say goodbye to our ‘family’ and enjoyed a set meal that I have to say was delicious. It was a great end to what had proven to be a most enjoyable and memorable holiday. 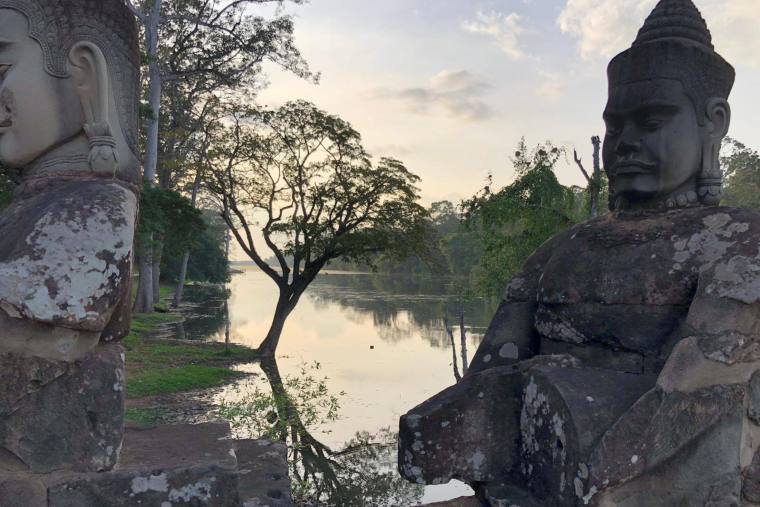 This holiday is advertised as – to quote the brochure – ‘Experience Vietnam & Cambodia river cruising in luxury on an all-inclusive cruise… the RV AmaLotus is one of the most luxurious river ships cruising on the Mekong River’.  Clearly AmaLotus is one of the best ships for a Mekong cruise, but it is worth bearing in mind that this isn’t six star ocean luxury sailing. However, given that the ship is cruising in what is probably one of the poorest regions in the world, APT have to be complimented on providing an excellent product that is very clean and comfortable, with good food and run by an enthusiastic and competent crew. But this holiday is not about the standard of décor and the finishing touches about which modern ships compete today. This is an immersive adventure that opens the door to sights and sounds that you will not otherwise reach. The cruise tour is highly inclusive and therefore is really great value. As a confident and experienced traveller, I personally found the attention of the APT guides is more than I’m personally used to, but their enthusiasm is part of their culture and the wealth of the knowledge they bring to the table is invaluable. My family had an amazing holiday, we feel really privileged to have visited such a unique region and our next vacation will not be the usual beach holiday! 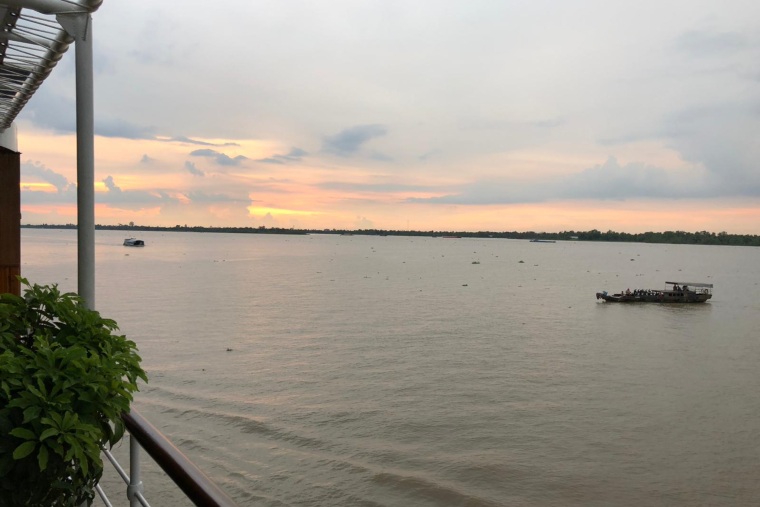