Must See Seville: The Best City in the World 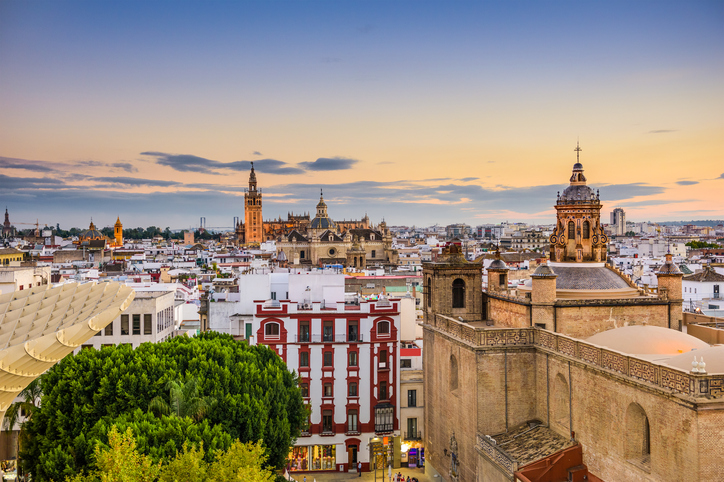 According to Lonely Planet, Seville is the number one city in the world you should visit in 2018. Here are a handful of ideas on what to do when you get there:

Get your Game of Thrones fix in Seville

It looks like we’re going to have to wait until 2019 before the new season of Game of Thrones hits our screens but don’t worry, because you can get your G.O.T fix in Seville. Game of Thrones fans will recognise the Real Alcázar as the Water Gardens of Dorne. The royal palace was built by the Moors in 913 and it is stunningly, incredibly, jaw-droppingly beautiful inside. We’re talking elaborate archways and engraved columns, intricate tilework and a golden dome that crowns the Hall of Ambassadors. 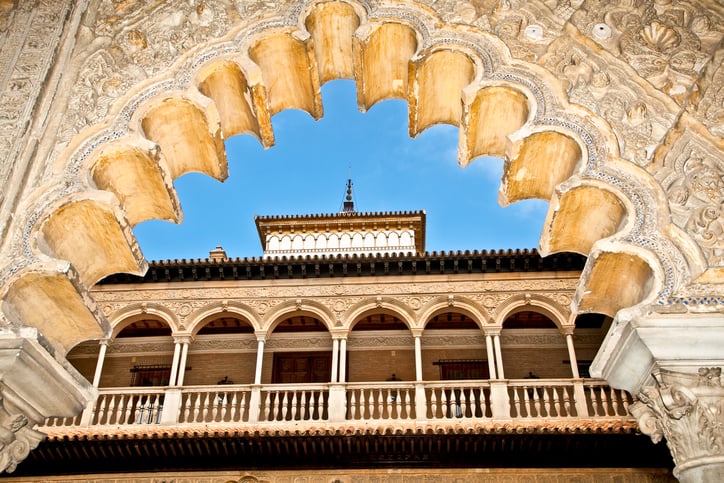 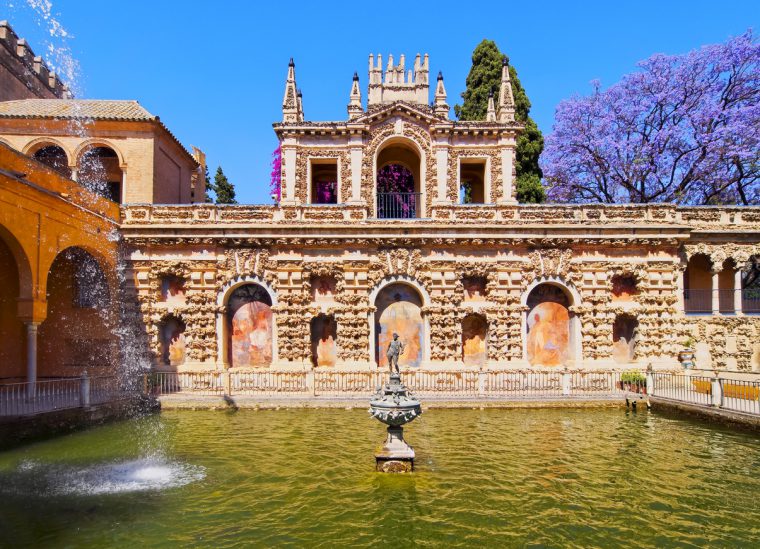 Visit the largest cathedral in the world

The third largest church in the world and the largest Gothic cathedral sits majestically at the heart of the city. Seville Cathedral was built on the site of a mosque and the bell tower and Moorish entrance of the former building remain. The cathedral’s design committee built it with the intention of creating something “so beautiful and so magnificent that those who see it will think we are mad”. It certainly lives up to their expectations and exceeds those of its visitors, its vast walls accommodating 80 chapels, including one which features the largest alter in the world. Other chapels contain the tombs of various notable figures, including Christopher Columbus if the various tales are true. 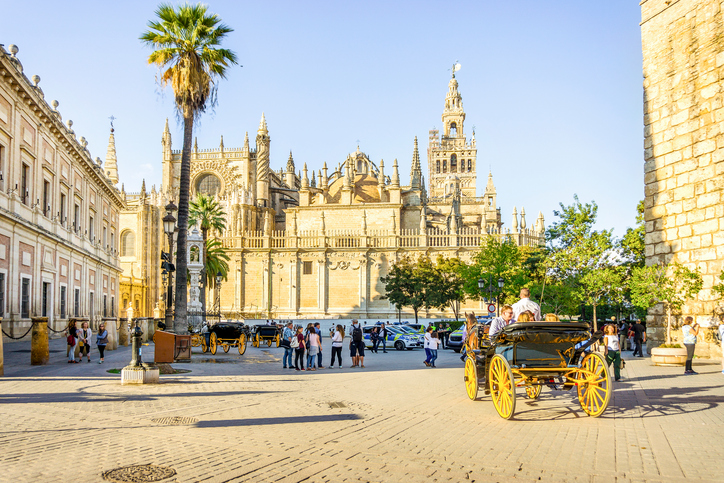 Appeal to your inner culture vulture

There’s more to Seville than oranges, including culture in spades. Art enthusiasts can get their fix at Casa Murillo, a tiny museum dedicated to Bartolomé Esteban Murillo who was born and died in Seville. The artist lived and worked at Casa Murillo during his later years and there are a host of celebrations planned throughout 2018 for the 400th anniversary of his birth. Dance plays a huge part in the Spanish lifestyle and flamenco is in Seville’s DNA. There are plenty of nightly performances to be found around the city but those who don’t have the luxury of an overnight stay should head to the Museo del Baile. The museum celebrates all things flamenco, with daily shows featuring performances by some of Seville’s leading stars.

The Plaza de España was constructed for the Ibero-American Exposition World’s Fair in 1929 and has been one of the city’s star attractions ever since, as well as its most exuberant. The Mudejar style is bold, bright and seriously photogenic, so this is the place to snap your selfies. Hire bikes and get out and about in María Luisa Park or hire a boat and row in the waters of the moat, passing beneath the four beautiful bridges as you go. The Plaza de España is a short, scenic stroll from the Cathedral but you can also ride there in a horse-drawn carriage for a little extra theatre. 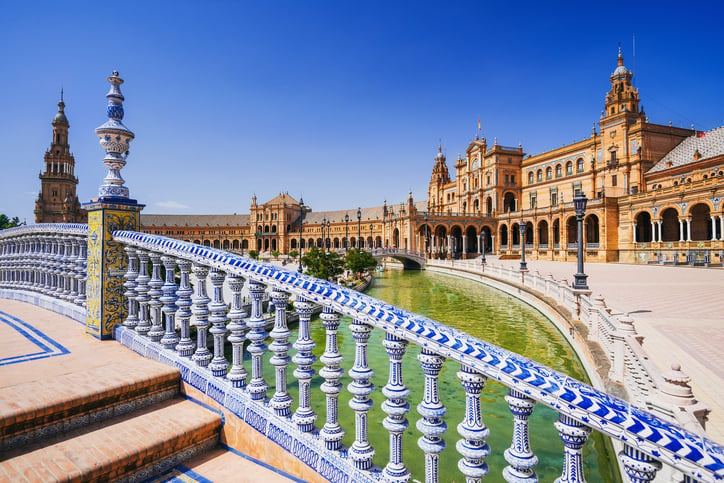 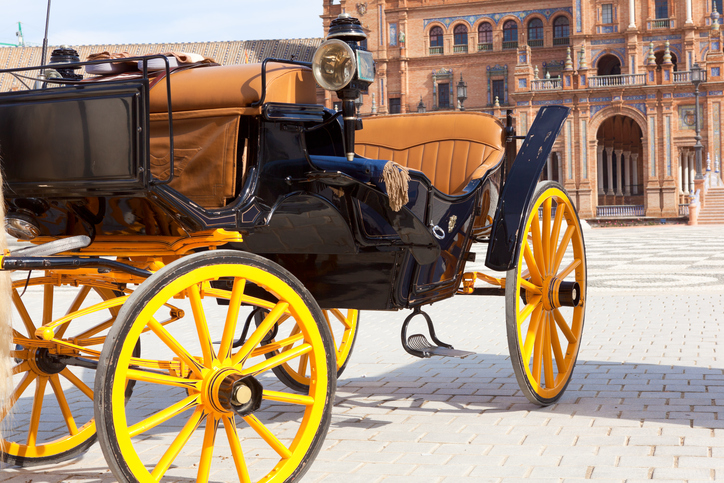 Seville has been considered a foodie heaven for years, since long before Lonely Planet dedicated it the top spot in its Best of 2018 list. Stroll Bario Santa Cruz, the city’s old and impossibly pretty former Jewish Quarter, dipping in and out of tapas joints for refreshments. There are tons of tapas bars and restaurants in this part of Seville but some are better than others. Bodega Santa Cruz is a local favourite for a reason, whilst El Librero is at the heart of the district and offers great value tapas at five dishes for €12. The cosy spot feels nicely hidden away from the tourist hustle and bustle too.

Is Seville on your must-see list for 2018? Click here to discover the Mediterranean cruises that will take you there. 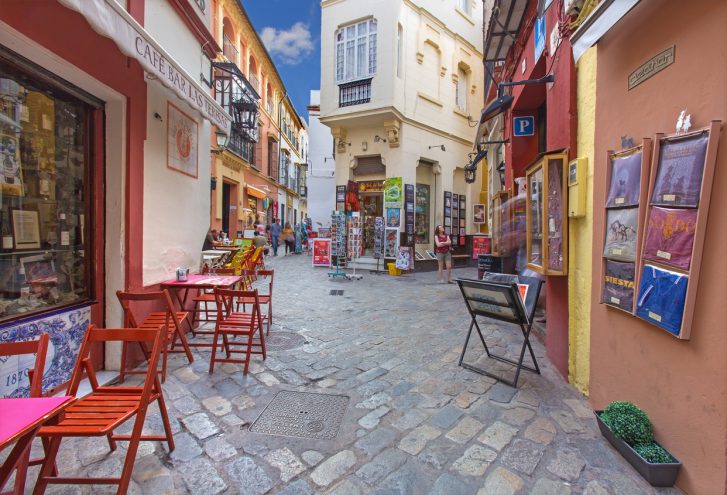 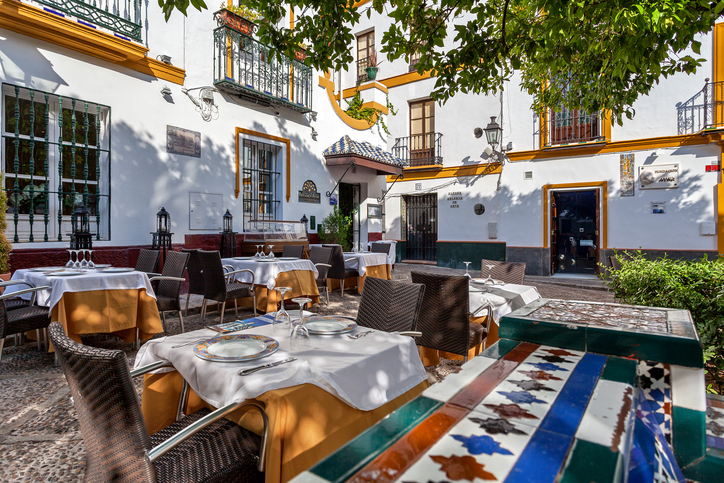 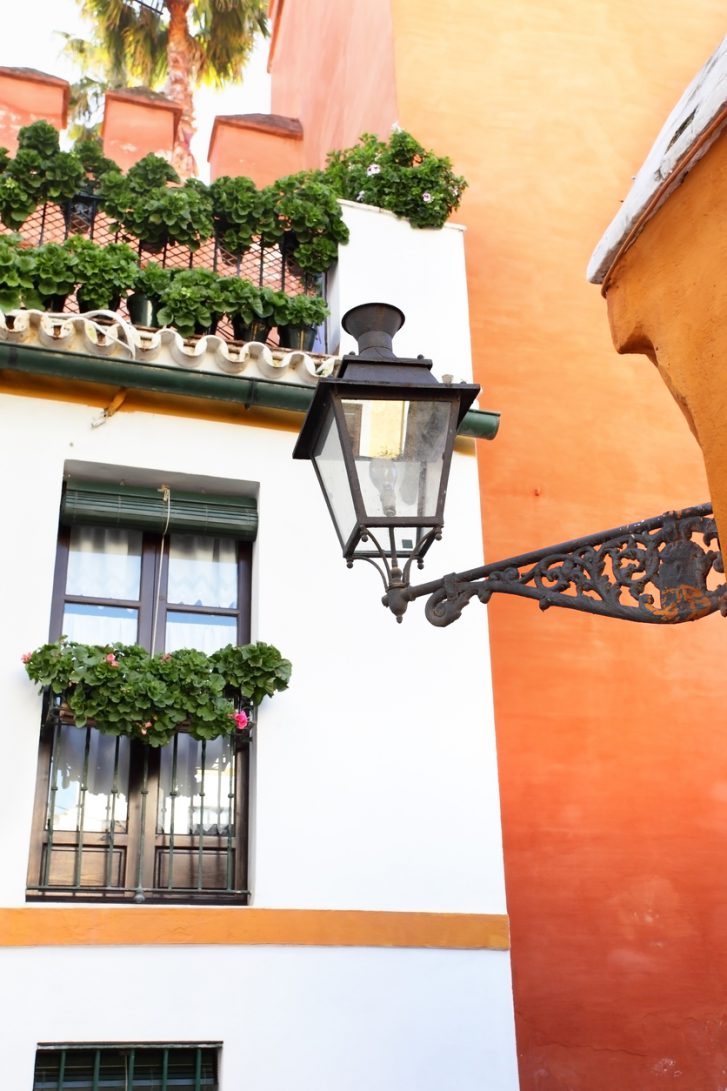