New Year’s Eve: The Best In The World 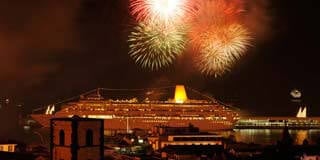 Many of us countdown to New Year’s Eve as the biggest party of the year, full of midnight kisses, champagne toasts and dancing into the early hours. Unfortunately, the occasion often falls short of our high expectations, so we weren’t surprised to discover that 1 in 5 Brits will be venturing abroad to welcome in 2015. With this in mind, we decided to compile our own pick of the best destinations to ring in the New Year. 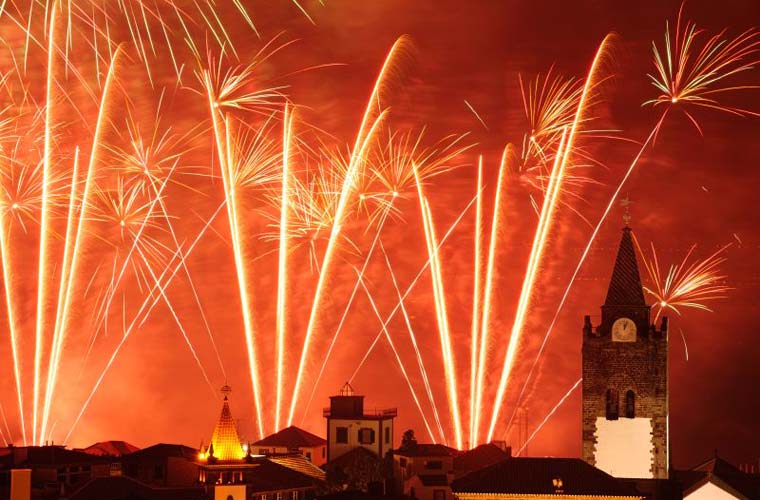 Throughout Christmas and New Year, the streets of Funchal sparkle with thousands of fairy lights, but it is the city’s pyrotechnic display that brings the crowds from miles around. Cruise ships regularly call into the port of Funchal and are a popular sight during New Year, when they are illuminated in all their glory. Small boats join the ships; all twinkling brightly on the marina and all posed ready to experience one of the world’s best fireworks displays.

Those who aren’t lucky enough to be spending the evening being wined and dined on a cruise ship or yacht in the port, should find a spot on the hills for the best view or grab a table for dinner and drinks at one of the restaurants on the Marina. 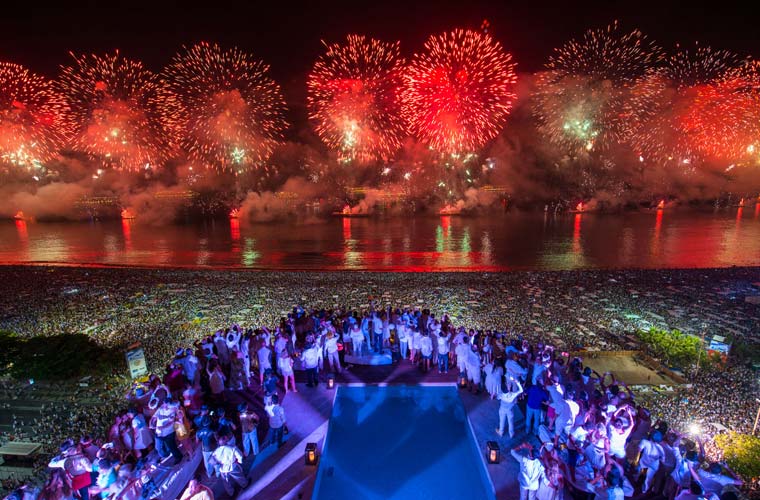 December signals the start of summer in Rio de Janeiro and over 2 million people make the most of the heat by flocking to Copacabana Beach for New Year’s Eve. With the city of Rio as your backdrop and a samba beat as your soundtrack, you will party the night away with champagne sprays and spectacular fireworks. You’ll need your best white party outfit; it’s customary for Brazilian’s to wear white on New Year’s Eve, in the belief that it will bring them luck for the coming year. 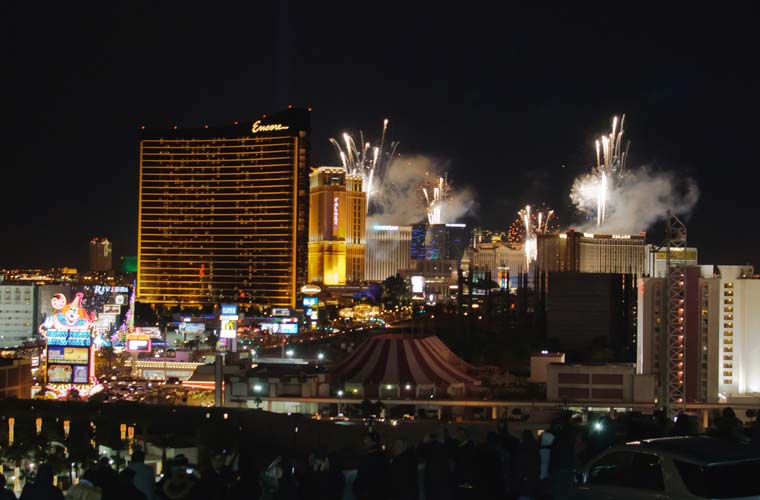 If there is one thing Nevada’s most famous destination does well it’s partying, and New Year’s Eve sees Las Vegas raise its game to a whole new level.

Around 300,000 people fill the Las Vegas Strip each New Year, with the area closed to traffic and the party spirit in full force. If you thought the fountains of the Bellagio were impressive, just wait until the clock strikes midnight; hotels up and down the strip launch thousands of fireworks in one spectacular choreographed display.

With the fireworks over, head inside to enjoy fine dining, champagne toasts and entertainment from some of the most famous performers in the world. 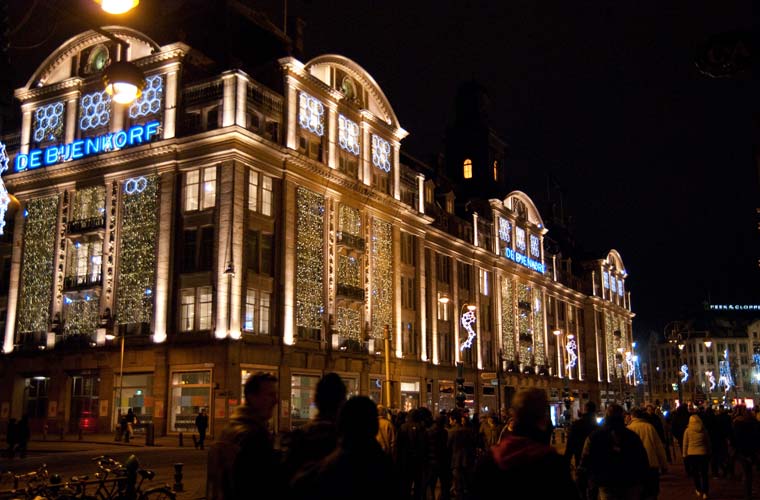 A great New Year’s Eve abroad needn’t mean a long haul flight somewhere exotic. Amsterdam is just a 45-minute flight away and is renowned as one of the best places in the world to welcome in the New Year. Whether you prefer elegant dinners, fancy dress parties, live music or all night dancing, Amsterdam offers something for all tastes and ages.

Take to the cities bridges for the best views and visit one of the main squares to join in the party; Rembrandtplein, Nieuwmarkt, Museumplein and Dam Square all host the crowds until the early hours of the morning. 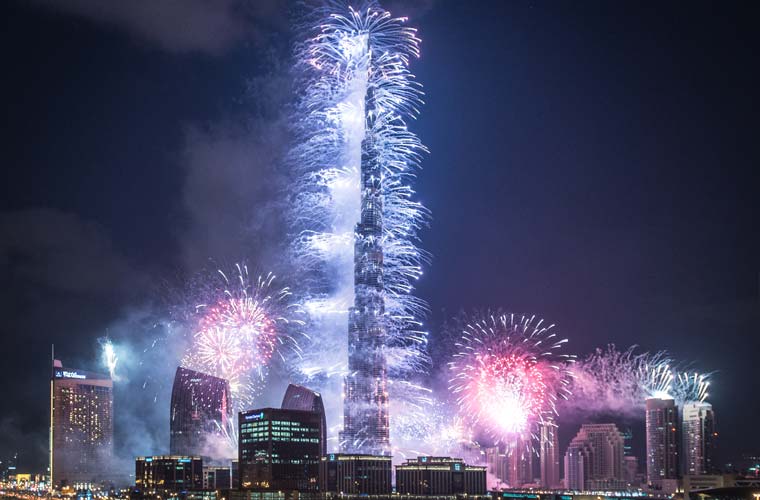 Dubai is famed for lavish tastes and extravagant events, so it is of little surprise that the destination attracts an eager crowd for New Year’s Eve. The 2013 firework display, consisting of 479,651 fireworks, launched from stations on the World Islands and Palm Jumeirah, breaking records around the world and sailing into the Guinness Book of World Records as the largest firework display.

With high standards set and December temperatures hovering in the mid 20’s, Dubai promises to provide a New Year to remember. 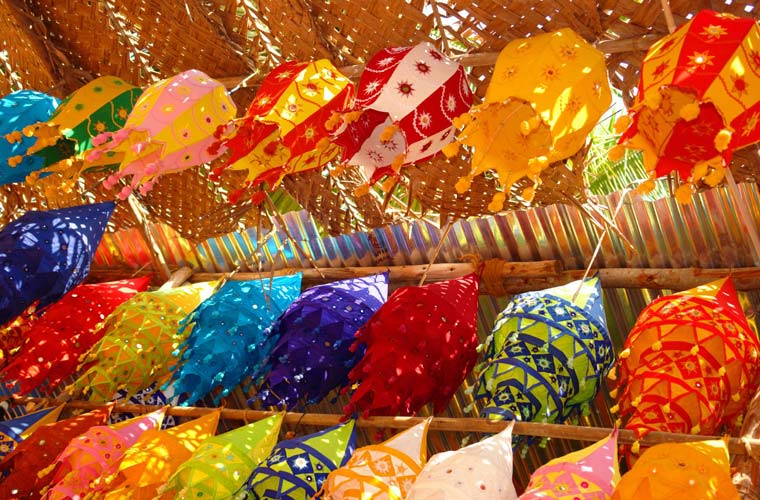 Partying your way into the New Year isn’t for everyone and Goa is the perfect place to escape. Spend your days relaxing on poolside cabanas and toast New Year’s Eve with a private beach party with your nearest and dearest.

If a combination of party and paradise is more up your street, head to the beaches of Anjuna or Palolem and dance through the night with the sand between your toes.