Home Blog Entertainment & activities No Place Like Home: Five of our Favourite British Pubs at Sea

No Place Like Home: Five of our Favourite British Pubs at Sea 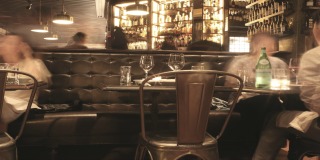 No matter how creamy the Piña Colada and how fine the Tuscan fare; there comes a time when we Brits just want a taste of home. While we’ll never hear a bad work spoken about poolside cocktails, we understand the importance of a perfect head on our hand-pulled pint, and we know the crust on a steak and ale pie must be just the right thickness – nobody likes a soggy bottom.

While we love to moan, Brits know there’s no place like home. Here is our pick of the best British pubs at sea.

Named after P&O Cruises’ founding partner Brodie McGie Willcox, Brodie’s will bring a British pub atmosphere to Britannia when it launches in March. Over 70 beers and ciders have been sourced from craft brewers across the country, creating a beer map of the UK that includes Black Sheep from Masham in Yorkshire, Chocolate Tom from Cheshire and Brew Dog from Aberdeen. 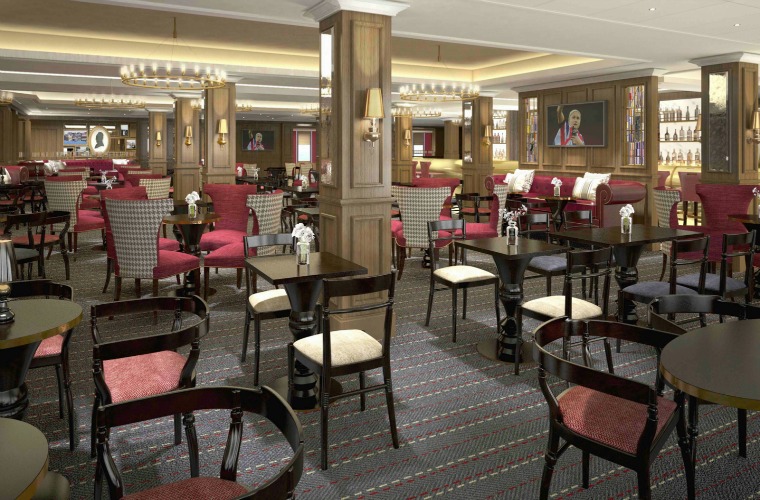 Gastropub was debuted on Celebrity Equinox and was incorporated onto Celebrity Eclipse as part of the ship’s dry dock in 2014. Dark wood and rich leather seating screams English gentleman’s retreat and the beer list features more than 40 hand-brewed varieties. Mixology Monday’s are especially tempting for those who prefer cocktails over craft beers; $5 Gastropub cocktails include the refreshing Cucumber Margarita and the sweet Honey Blossom Collins.

Pub quizzes are a nightly occurrence and the pub food is a combination of British boozer classics and more gastropub-style eats; steak and ale pie, grilled local sausages, truffle grilled cheese and roasted bone marrow all feature on the diverse menu. 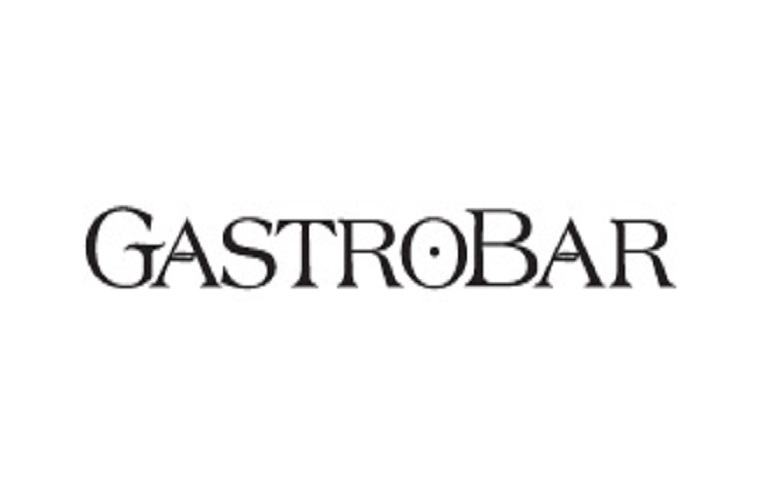 Cunard is the quintessentially British cruise line and so it comes as little surprise that one of our favourite British bars can be found on the Queen Mary 2. The Golden Lion has everything you would expect from a British pub; buttoned leather arm chairs, mahogany wood and booths surrounded with etched glass. The prerequisite dartboard is there too, as are several plasma TV screens on which the day’s biggest sporting events are shown. 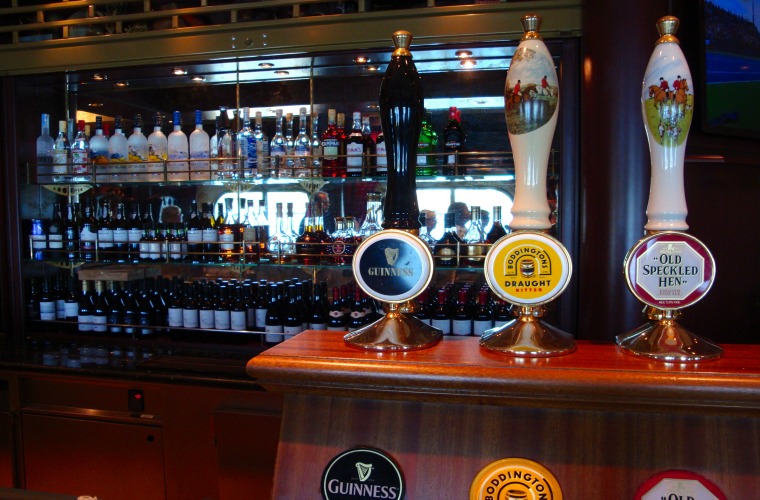 The Two Poets Pub – Royal Caribbean’s Navigator of the Seas

Located on Deck 5, at the heart of the Royal Promenade, is The Two Poets Pub. Sitting at one of the tall tables outside the popular venue aboard Navigator of the Seas, you could be forgiven for thinking you’re in the beer garden of your local – the interior is just as authentic. The long mahogany bar is edged with a brass handrail, obligatory at any proper British pub, and the walls are panelled with a combination of dark wood and library book murals.

Choose from a menu of 39 beers, including 12 craft beers, or join a beer tasting with one of the pub’s experts. There’s live sport on the TV and live music echoing around the room come evening; it’s one of the most popular spots on board for Brits longing for a reminder of home. 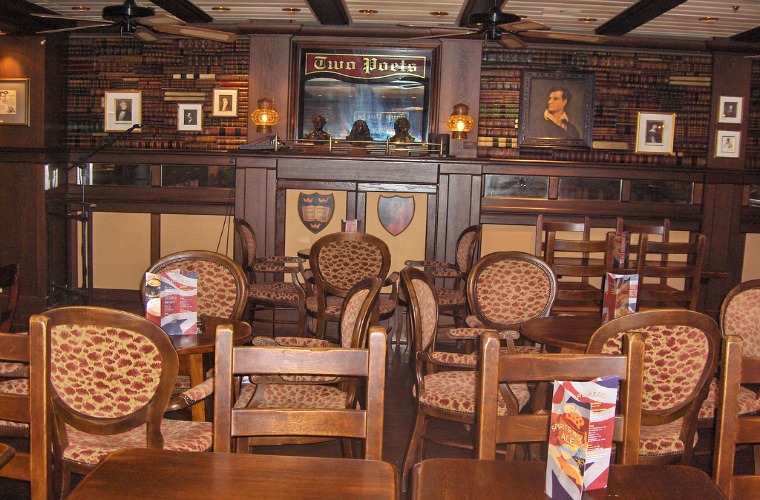 Did you know that pub lunches served in the Wheelhouse Bar on sea days have proved so popular they’re often forced to be held in bigger dining rooms on board? If that’s not proof we Brits love a taste of home while on holiday, we don’t know what is! Held once a week and always when the ship is at sea, the Princess Cruises’ pub lunch features fish and chips with proper malt vinegar and real mushy peas – it’s garnered a loyal following for whom missing out simply isn’t an option.

Dark wood panelling is a must for any self-respecting British pub and the Wheelhouse Bar has it in spades, along with nautical touches to remind you you’re at sea. There’s beer on draught, live music, pub quizzes and a dancefloor area for a good old British knees up as the night goes on. 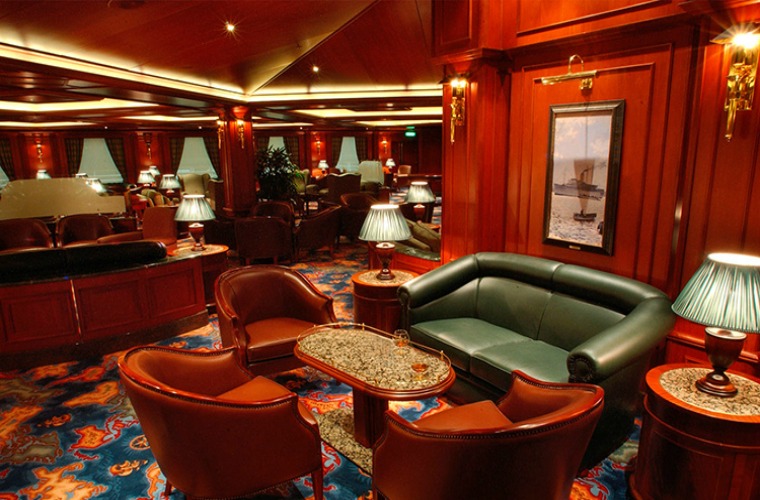 Have we mentioned your favourite British pub at sea? What British favourites are you starting to crave by the last few days of your holiday?

Tags: cruise ship dining options,things to do on a cruise ship, Categories: Entertainment & activities,Food and dining