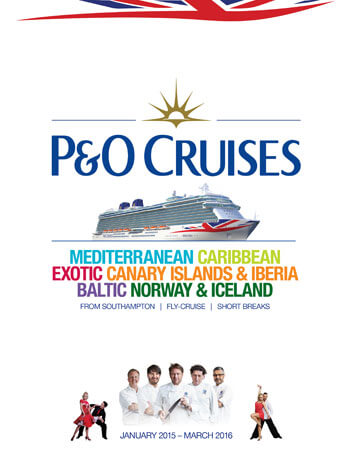 If you haven’t had a chance to look through what’s on offer, now is the time!

P&O have announced more choice and greater flexibility each and every year since they made the leap into leisure cruising, and 2015 is no exception.

In fact, it’s the cruise line’s most varied and diverse cruise programme to date! With the fleet visiting 81 ports throughout 61 countries, cruise passengers can expect to visit a whole host of new ports, as well as some old favourites which have wormed their way back into the schedule due to their fascinating history and culture, and breathtaking scenery, including New Orleans, USA; Hamilton, Bermuda; and Santorini, Greece.

P&O have announced a number of itineraries which aim to show how some of the world’s most unbelievable attractions – both natural and manmade – are best viewed from the water, such as the revolutionary Panama Canal, the fishing town of Akureyri, Iceland, and the remote islet of Rockall, located just off Scotland’s west coast.

In 2015, we’re also seeing P&O Cruises expanding their portfolio of destinations. The cruise line are travelling to an incredible 28 brand new ports of call during the year, ranging from the stunning Mediterranean island of Gozo to the traditional town of Fort William, Scotland.

Other highlights include Jacksonville, Florida, and Sevastopol, one of the busiest ports in the Black Sea. The 2015 programme greatly adds to the number of beautiful beach destinations P&O Cruises travel to, as well as the highly cultural areas that are filled with history, heritage and bustling city life.

Yes, we know you’ve heard about the 2015 launch of Britannia, but it really is the most exciting thing to happen within the British cruise industry for as long as we can remember, so it deserves yet another mention. Britannia – the largest ship designed and built specifically for the UK cruise market – leaves Southampton on her maiden voyage on 14 March 2015, visiting the Western and Central Mediterranean.

She is one of the most eagerly anticipated vessels to ever take to the seas, at 20 percent larger than any other ship in P&Os current fleet, and boasting more space, more amenities, and more dining options than ever before. Within her maiden season alone, Britannia will be undertaking no less than 33 voyages, so there’s plenty of opportunity to experience this stunning cruise ship.

While we’ve seen that 2015 is heavily focused on encouraging new cruisers to experience life at sea, seasoned cruisers are in no way forgotten about.

P&O are offering special discounts of 5 percent for past passengers, as well as an additional 5 percent off published fares for those in the Peninsular Club loyalty scheme.

Even if you don’t qualify for these discounts, you can still receive a great deal by booking a ‘Select Fare’, which offers you the choice of FREE on board credit, FREE coach transfers to and from Southampton, or FREE parking at the port or airport.

P&O Cruises are showing that they’re dedicated to taking on board passenger feedback and introducing exclusive pricing that is quite simply irresistible. 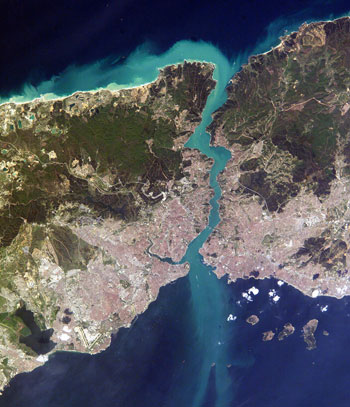 While there are many highlights of P&O’s 2015 programme, we think there are two particular types of itinerary that really stand out as being different and more noteworthy than ever before:

The Black Sea is somewhere P&O Cruises have never comprehensively explored before, until now.

Both Adonia and Arcadia are scheduled to set sail throughout the Black Sea giving passengers a unique glimpse into a region that balances both European and Asian cultures.

Marvel at the gigantic city of Odessa, enjoy the stunning views over the city of Yalta, and travel down the Bosphorus, a narrow waterway separating the two continents.

While P&O have made the cruise headlines recently for offering more fly cruises, we’re also seeing an increase in cruises from Southampton in 2015, appealing to those who’d rather not go through the hassle of catching a flight.

The range of transatlantic cruises on offer opens up a world of possibility, making more destinations easily accessible to those who won’t fly, or can’t fly. Roundtrip Caribbean cruises dominate the transatlantic programme, but one itinerary that really catches the eye is the Canada/New England trip departing in September 2015.

Visiting three of the six New England states at a time of year when the changing of the leaves is in full swing, this is one cruise where you definitely need your camera.

Keep in mind that P&O’s special fares are only on offer until 31st May. To guarantee an unbeatable price, book your 2015 cruise holiday now!