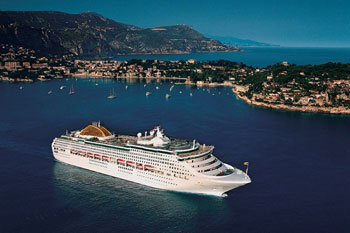 For 2014, P&O Cruises are offering a fantastic Central Mediterranean itinerary aboard Oceana, taking in some of the most popular cruise destinations in Europe, including Barcelona, Monte Carlo, and Rome, but what makes this journey really stand out is that the ship also visits some beautiful and fascinating destinations that many cruise lines don’t sail to.

Cartagena and Alghero are some of the lesser-visited ports included on this itinerary – two places that we’re sure you’ll fall madly in love with.

So if you’re looking for a cruise from Southampton that combines some old Mediterranean favourites with some exciting and vibrant new cities, book your trip on P&O’s Oceana for a truly unforgettable experience.

Nestled on the Murcia coastline, overlooking the shores of Northern Africa and with easy access to Eastern Italy, most notably Rome, Cartagena was one of the most important Spanish cities during the Roman Empire, and this relevance is still incredibly evident today. 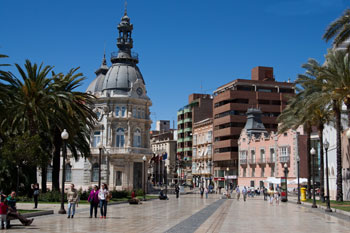 Almost everyone who passed through Cartagena on their journeys between Rome and Egypt left their mark in Cartagena, and the historic buildings and crumbling ruins are some of the most popular tourist attractions in the city.

Arriving into the city in the morning, and leaving late afternoon, you’ll have plenty of time to explore the ancient monuments and structures, each displaying Roman, Moorish, or Phoenician influences.

Walking around the photogenic Cartagena is hungry work, but luckily the city is renowned for its numerous tapas restaurants, and you can even stroll the ‘Tapas Trail’, enjoying small plates of patatas bravas, cheesy tortilla, paella, and, of course, a few glasses of rich and fruity sangria.

Whether you’re a solo traveller, are appreciating a romantic getaway with a loved one, or are enjoying an energetic family holiday, you’re sure to love Barcelona. With something for everyone, this city is a must on any Mediterranean cruise.

Barcelona is home to some of Europe’s most fascinating buildings and scenery which makes for fantastic photo opportunities. 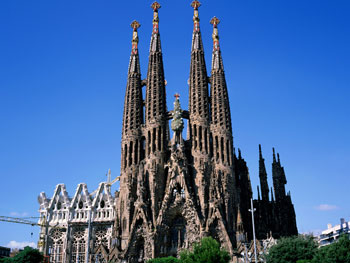 Visit the world famous Sagrada Família, which lies unfinished more than 100 years after being started , or take a tour of some of architect Antoni Gaudí’s other works, including houses designed in obscure and bizarre modernist styles.

If sightseeing is your thing, also be sure to head to the Montserrat National Park, about an hour’s drive north of the city, to view the spectacular mountain peaks that overlook the charming towns of Catalonia.

Travelling with kids? There’s plenty to keep them entertained! Just up the coastline is Illa Fantasia, a waterpark that really gets the adrenaline pumping. With attractions ranging from the calm waters of Llac to the more pant-wetting Aquamania, it’s a great day out for all the family.

Sport lovers will also love this city with opportunities to visit the home of Barcelona Football Club, the Camp Nou.

Tours include the chance to head behind the scenes to see dressing rooms, press areas, the museum, pitchside and even a 3D film giving insight into the football dynasty that has been created here.

There’s also the superb Olympic Village, another great attraction for sport enthusiasts to see when cruising into this marvelous destination.

If you’ve never travelled to Monte Carlo before, you’re in for a real treat. The city oozes glamour and decadence from the moment you arrive into port. 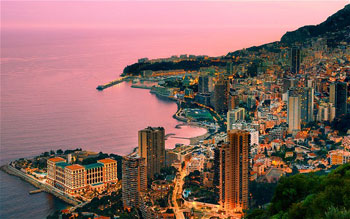 Monte Carlo is a hotspot for the rich, famous, and the beautiful, and you’ll find your ship docked amongst the luxury yachts that look as if they’ve never even been taken out for a test run!

Simply walking around this stunning city is enough to fill up your day here, although the Princes Car Collection is a must-do if you’re interested in the Grand Prix and Formula 1.

If you’ve left the kids at home for a romantic ‘adult-only’ break, why not try your luck at the casinos? Giving Las Vegas a run for its money, the casinos of Monte Carlo are the ultimate in opulence and grandeur.

If you’ve visited Monte Carlo before, you may wish to venture a little further afield this time. How about taking the train down the coast to Nice for a relaxing jaunt along the Promenade des Anglais, or to Villefranche for the gorgeous white sandy beaches.

There are so many amazing sights to see in Rome that it can be difficult to know where to start! One of the first attractions many passengers choose to head for is the Colosseum – and rightly so! 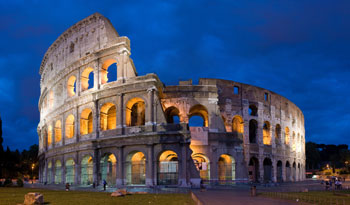 The largest of its kind in the world, the ruins are so highly preserved that it’s remarkably easy to picture the 80,000 people gazing down upon the main event back in the 1st century.

The Trevi Fountain, which has gone on to influence many other buildings and structures all around the world, is also a must-see, along with Vatican City, home to the Sistine Chapel and St Peter’s Basilica, overlooking the gigantic and picturesque St Peter’s Square.

There’s plenty for kids to do here, including a zoo and a children’s museum, so it’s a wonderful family destination. If you’d rather stay closer to Civitavecchia rather than heading into Rome, check out the glorious beaches of Tarquinia, just up the coast.

After a busy time spent in Rome, a stop in Alghero, Sardinia, is just what you need. This cozy, welcoming destination is very laid back. 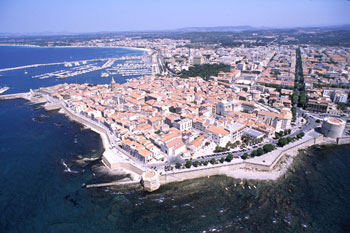 There’s no big city atmosphere here, it’s just a chilled out haven known for its wonderful sandy beaches, spectacular coastline, and plentiful bars and restaurants for unwinding in.

There’s a real emphasis on food and drink in Alghero, with numerous opportunities to sample some of the local Sardinian cuisine and immerse yourself in this rich culture.

Sardinia is one of the world’s biggest suppliers of Pecorino Romano – a hard sheep’s milk cheese that is delicious grated over pasta.

That’s one that’s only for the brave! If you need something to wash away the taste, a glass of Sardinian wine will do the trick.

Sardinia is especially known for its very sweet dessert wines.

Your home away from home! Gibraltar, a British overseas territory, is a wonderful blend of British, Mediterranean, and Moorish influences, and is perhaps one of the most diverse and varied destinations, culturally speaking, that you’ll visit during this cruise.

Where else can you find authentic British pubs, accepting the British Pound, lying under the warmth of the Mediterranean sun, with views across to Africa?

The Rock of Gibraltar is a main tourist attraction here, in particular the nature reserve at the top, which is home to a group of cute yet cheeky macaques – be careful or they’ll pinch your wallet! Believe it or not, Gibraltar Airport is another major tourist attraction!

The runway is intercepted by a roadway, on which cars are halted each time a place is scheduled to take off or land.

It’s a strange site to see, and it’s said to be the most dangerous airport in all of Europe! Of course, there’s one very common reason travellers enjoy visiting Gibraltar – the duty free! As a non-EU territory, drinks prices are remarkably good here – just remember you’re restricted in how much you can bring back!

La Coruña is a very historic city, and one of the most important places in Europe in terms of Christianity. 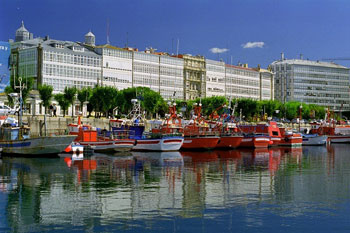 It is home to the Cathedral of Santiago de Compostela – the destination for Pilgrims walking the Way of St James.

There are many sights of historic and religious importance in La Coruña, such as the military museum and the fascinating ruins of the ancient Roman settlements, but why many travellers choose to holiday here is because of the fine beaches and picturesque promenades.

Playa del Orzan is especially popular with those wanting to try out some watersports. As the beach is largely exposed, it’s almost constantly windy down here, making it perfect for surfing.

It’s possible to go for a swim here, too, but it can be quite chilly!

This cruise itinerary includes 6 non-consecutive sea days, so there’s a good compromise between port days, where you get to immerse yourself in local culture and really see the world, and sea days where you get to discover all the joys of your magnificent ship.

P&O’s Oceana is a mid-sized ship holding just over 2000 passengers per voyage. It’s one of P&O’s dedicated family-friendly ships, so there’s plenty to keep both the young, and the young at heart, entertained during sea days.

Ranging from the Footlights Theatre displaying top quality West End style entertainment to the chilled out Plaza buffet, and from the open air Riviera Bar to the fun kids’ clubs, there’s never a dull moment onboard Oceana!