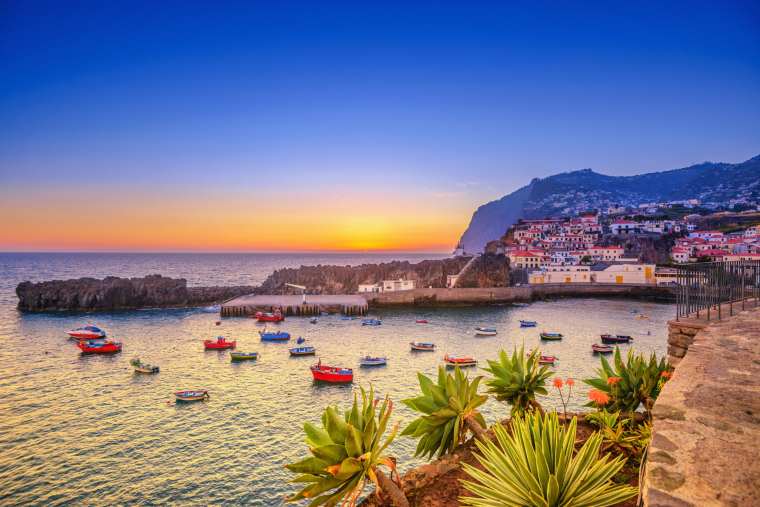 Portugal has it all – and it’s on the green list!

You’re never far from a beach, whether that might be a secluded cove or a stretch of Atlantic sand dune. The countryside is all deep valleys, rolling hills and inland rivers that slice through the scenery. The vineyards stack in terraces and the wine is impossibly cheap, particularly given that it is some of the best in the world. Family fortunes are carved out in historic cork oak plantations, servicing a need for somewhere to store the produce of the world’s oldest demarcated wine region whilst it awaits export around the world. Hilltop castles alternate with understated stone towns as you roll along the Rio Douro, while cities with spirit stand watch on the coast.

Portugal has made it to the green list; here are some of the highlights that deserve your attention after a year off when it comes to holidays.

Lisbon is the city set within seven hills and every inch of each one is worth exploring.  It has become a summer holiday hideaway but that timeworn charm isn’t going anywhere.

Lisbon’s neighbourhoods are famously colourful but by no means quaint. There’s attitude here, from the buttermilk trams that power relentlessly along cobbled tracks, to the determination of decades-old azulejos to cling to crumbling walls. The Lisbon of old is found in Alfama, its most historic neighbourhood and a part of town that offers everything from the best views over the paint box city to the best fado performances over dinner.

On a warm day, of which Portugal has many, the Belém neighbourhood and the banks of the River Tagus teem with people making the most of the weather. Some read in the shadow of the Ponte 25 de Abril bridge, others take in the views from the roof and the contemporary exhibitions from the walls at the MAAT. With the end of the recession came new ways to make the most of recently-vacated industrial hubs too; the LX Factory no longer stands in abandon but instead flourishes as a mecca of culture, cuisine and boutique shopping.

For many, Lisbon is the gateway to Sintra. In a scene that could have come straight from the story books, and which has probably inspired a fair few, Sintra spreads out around a flamboyant turreted castle tinted in technicolour. Set in the wooded hills of the Serra Mountains, Sintra is a must-do day trip from the city. 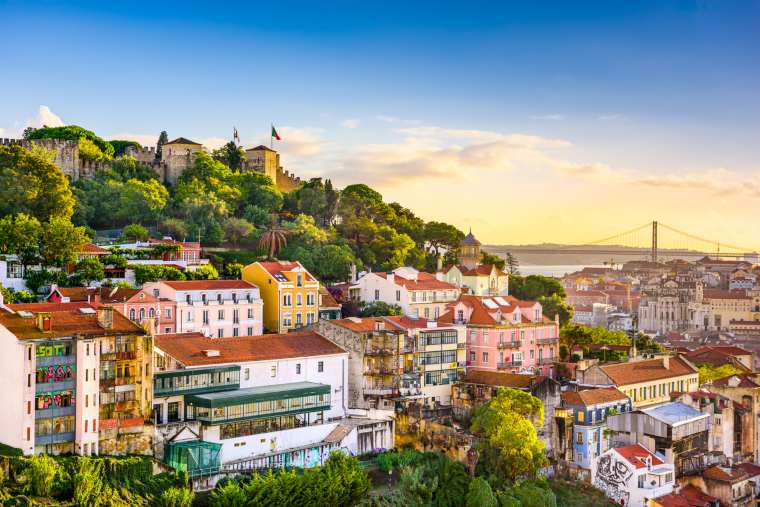 Sliced down its centre by the Douro River, Portugal’s second city offers a totally different experience to its capital. Things meander along more slowly in the rustic yet sophisticated city than they do in Lisbon.

There’s an olde-world charm encapsulated in the Ribeira district, where a tangle of historic streets cascades right down to the Douro, almost meeting the traditional barcos rabelos that bob in the water. Once the fastest and most efficient mode of transport for workers and produce between the port wine estates of the Douro Valley and the city of Porto, the boats are found nowhere else in the world.

To Harry Potter fans, Porto means one thing: Hogwarts. J.K. Rowling spent two years teaching English in the city during the nineties and its Livraria Lello bookstore is widely-acknowledged as the inspiration not only behind Hogwarts, but behind the entire Harry Potter story. It doesn’t look like much from the outside but the queues around the block and the forked spiral staircase within confirm you’re in the right place.

Visitors are encouraged to arrive into Porto with an appetite. Port wine is the city’s signature tipple and its designated dish, the Francesinha, is comfort food at its finest. It’s a wise choice for anyone who may have indulged in a little too much local vino the evening before. Francesinha translates as ‘little Frenchie’ but there’s nothing diminutive about this uber-indulgent, doorstep-sized sandwich piled with pork, sausage, bacon, beefsteak and a fried egg. So far, so heart-stopping, but don’t forget the melted cheese topping and mountain of French fries served as a side. 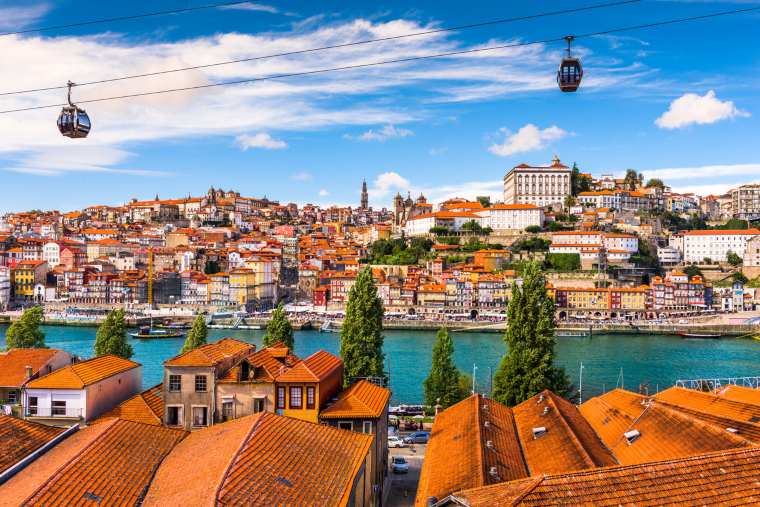 This award-winning sub-tropical Portuguese archipelago sits just a little over 300 miles from the African coast, meaning year-round sunshine and balmy temperatures that hover in the mid-twenties even in the depths of winter.

For the green-fingered, few places hold quite so much appeal. The ‘Isle of Flowers’ rests upon rich volcanic soil that sees a profusion of flora flourish to create a Garden of Eden appearance. With the arrival of spring blooms comes the Madeira Flower Festival, an event celebrated in themed itineraries from the likes of Cunard, Fred Olsen and P&O Cruises. Held since 1979, the festival sees floral installations and elaborate floats bedecked with the island’s endemic tropical flowers.

Don’t worry if your visit doesn’t coincide with the event; Madeira is carpeted with gardens like the botanical Quinta do Bom Successo. Check out some of the 2,000 plant species, before taking the Botanical Gardens Cable Car for views over Funchal Bay and the Valley of Ribeira de João Gomes. 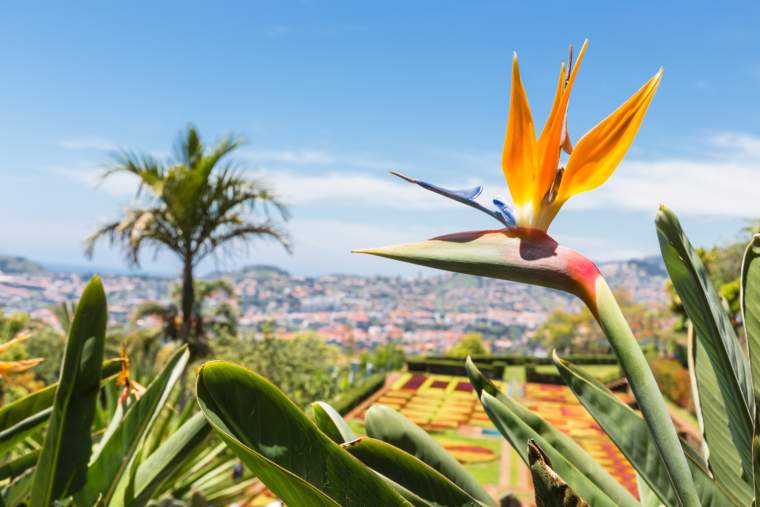 Stretching from the UNESCO city of Porto to the Spanish border, the Douro may be one of river cruising’s lesser-travelled waterways, but it is easily one of the most charming. Steep hillsides are awash with vineyards and carpets of poppies and lavender, not to mention the odd whitewashed quintas and port house. Gorgeous scenery, medieval villages and historic towns make for a tempting escape; add almost daily wine and port tastings to the mix and you’re onto a winner.

The beauty of the Douro is that its 124 miles were made for meandering along slowly, your days stretching out in a blur of late rises, long lunches and indulgent early nights. River cruise ships are plying these waters with more regularity than ever but they still promise an uncrowded, unhurried holiday. The thriving cities of Porto and Salamanca bookend Douro itineraries, the ports of call in-between mostly sleepy and always scenic. With a river this small, cruising can be done during the day, so you’ll never miss a moment of rolling scenery passing by, whether that means palatial terracotta wineries or dramatic emerald gorges.

Launched in April 2019, AmaDouro joined sister ship AmaVida to become the second AmaWaterways vessel dedicated to cruising its namesake river. Immediately identifiable by its gold-hued exterior, the ship sails seven-night roundtrips from Porto, with the option to extend your holiday with a three-night pre-cruise stay in Lisbon. 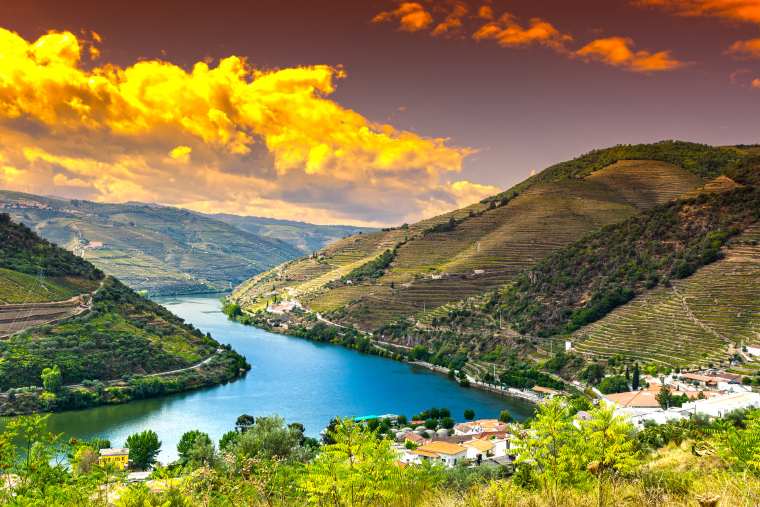 There is something prehistoric about the Azores, an autonomous region of Portugal whose terrain soars skyward from the depths of the Atlantic.

During their time spent in the shadow of better-known Portuguese port Lisbon, the Azores have been quietly nurturing a reputation for sustainable tourism, something that comes pretty naturally for a land of volcanic craters and cones, hot springs and thermal pools, lava tubes and botanical gardens.

Enter by ship into Ponta Delgada, a port located on the largest of the Azores islands and one which often appears on Transatlantic or repositioning cruises with a wild welcome and a chance to stretch your legs. The beaches here are better suited to sightseeing than sunbathing, not that either option holds any real weight when there’s the possibility of whale watching on the horizon; over 20 species of whale are sighted regularly off the coast of the Azores and they aren’t shy in coming within metres of the surf. In summer, the waters belong to pilot and beaked whales, striped dolphins, Atlantic dolphins and turtles, whilst winter brings the migration of fin and humpback whales, and perhaps most notable of them all, the blue whale; the largest animal in the world. 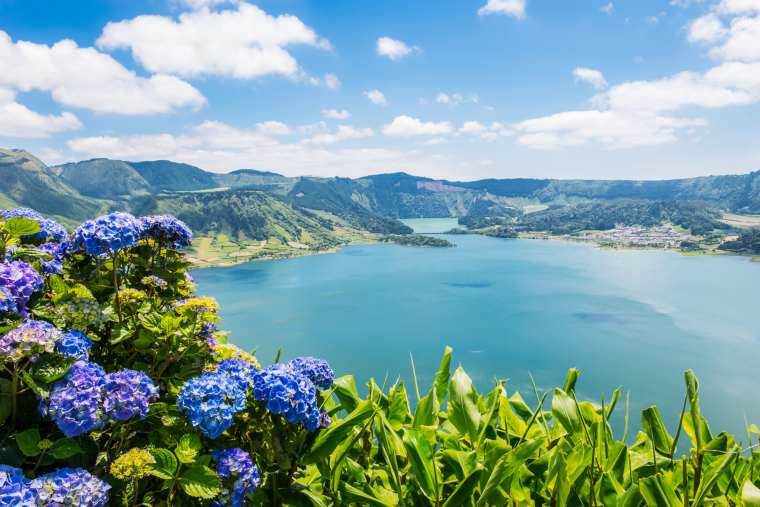