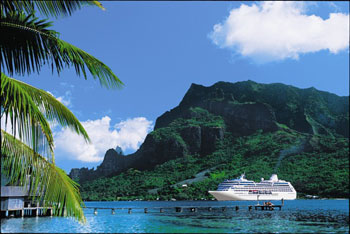 As one of the world’s major cruise lines, Princess Cruises have seen more of the world than most and their ships have berthed in just about every existing cruise port – this makes them experts in writing about the 50 Essential Experiences that every traveller should add to their bucket list.

We have taken what we deem the best destinations from their list and written about them in our own words, in this article we look at Australia, New Zealand and the Pacific Ocean Islands

We hope that if you are considering a trip (or cruise) to this wonderful corner of the world you find this article inspiring – enjoy the journey! 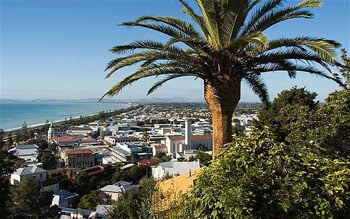 If there’s two things Napier, on New Zealand’s north island, is famous for, it’s the fabulous art deco architecture and the local wines – Napier, and nearby Hawke’s Bay, are some of the most important wine producing regions in the country.

Wine and cheese tours are a popular attraction for visitors with a love of fine cuisine, and tours usually include a stroll through the vineyards and a stop by the ‘cellar door’ – a place to sample and purchase the local produce.

There are also a number of country pubs located through the area, exclusively serving up wines from the local wineries. Of course, Napier is actually much more than simply wine – it’s actually home to the country’s oldest prison.

Take a self-guided audio tour to learn about the history of the penitentiary, or opt for an evening tour for a really eerie experience.

Where you’ll dock: Port of Napier – it’s just a mile from the main city centre. 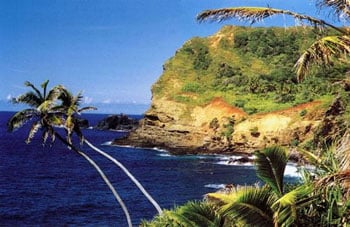 Pitcairn Island is the only inhabited island of the Pitcairn group, and it’s one of the most difficult, yet most rewarding, places to visit.

Pitcairn has volcanic origins, meaning the island is very mountains and rugged; certain larger ships cannot dock or tender due to the rocky coastlines. Smaller ships, however, frequently sail from French Polynesia across to the beautiful region.

The island is famous for the HMS Bounty (which inspired the 1935 film starring Clark Gable), and it is possible to dive to the wreckage, just off the Pitcairn coastline.

The island is also famous for it’s spectacular views across the Pacific Ocean, and it’s fascinating history. For views, take a hike up to Garnet’s Ridge – one of the highest points on the island.

For history, head to Down Rope, where you can see traditional Polynesian drawings and carvings etched into the rocks.

Where you’ll dock: Smaller ships tender just off the coast, while larger ships will sail past slowly, allowing passenger’s great views of the island. 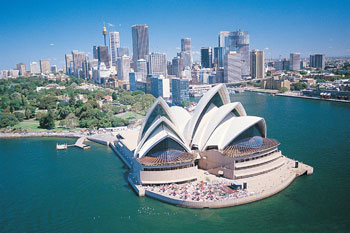 Sydney is an exciting and exhilarating city to visit at any time of the year, but New Year’s Eve here is simply unbelievable.

If you’ve ever watched TV footage of the fireworks that light up the Sydney Harbour Bridge, that’s nothing compared to being there in person.

There any many ticketed events across the city that have food vendors and mobile bars set up, but if you’re travelling with kids, or want something a little more intimate, there are numerous places where you can get a great view of the action, without having to spend a single Dollar!

One of the best places is at the very tip of the Yurong Peninsula, which overlooks the Sydney Opera House from across Farm Cove. Alternatively, Embarkation Point is a good choice, and tends to be much quieter.

There’s nothing like being in Sydney for New Year’s Eve – It’s the experience of a lifetime. 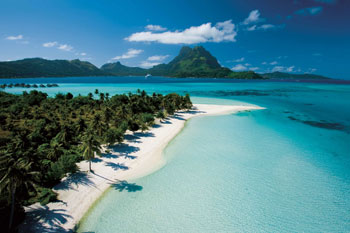 Tahiti is a true paradise, with glorious weather, stunning scenery, and some of the friendliest locals you’ll ever meet.

Tahiti is one place where you can really immerse yourself in a different culture, and a good starting point is at the Le Marche marketplace.

The ground floor of the complex is bright and vibrant, with all manner of fresh fruits and vegetables, many grown on the island, and many imported from China.

A good tip is to head to the market in the early afternoon to see the local fishing boats bringing in the catch of the day.

The upper floors are filled with traditional Tahitian clothing and oils (known as ‘monoi’), and it’s a great place for picking up souvenirs for friends and family back home.

For amazing views, head to Venus Point to see the colonial-style architecture and the Victorian-era lighthouse which stands just off the black sand beach.

Where you’ll dock: Papeete, the capital of French Polynesia.

As this series of essential experiences comes to an end, there is one destination that hasn’t been touched upon – the most important of all – the ocean.

While sailing into ports and experiencing different cultures, different sights, and different ways of life is magnificent, there is something almost magical about being out at sea, with no land in sight.

Transatlantic and transpacific itineraries are perfect for experiencing the isolation and romance of the ocean.

It’s on these journeys where passengers really come together as one – they form a unique bond, away from society.

Of course, there’s also the excitement that, with each second, you’re getting closer to your destination, whether that be the architectural gem of the Golden Gate Bridge in San Francisco, the iconic Statue of Liberty in New York, the imposing Sydney Harbour Bridge, or the bright lights of London.

These journeys aren’t cruises, they’re voyages, and they really have to be experienced to be truly understood and appreciated.