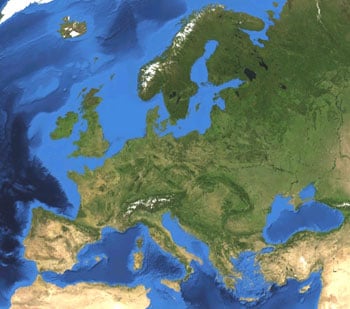 We have compiled a list of 50 essential experiences that every traveller should add to their bucket list, here are the top spots across Europe that made the list;

Berlin is a very modern capital, but it’s very hard to ignore the somewhat haunting remnants of the city’s turbulent past. The controversial Berlin Wall was erected in the 1960s to separate the eastern and western parts of the city. It was created to prevent the emigration of those living in the east to the west, where living conditions were much better.

In 1989, the wall was destroyed, and the city was reunited once more, but the act wasn’t without its casualties. Today, very little of the wall remains, but you can see a small section along the River Spree. It’s also worth visiting the memorial located on Bernauer Strasse which is dedicated to those who lost their lives during the ongoing conflict.

Where you’ll dock: Warnemünde – 150 miles from the centre of Berlin 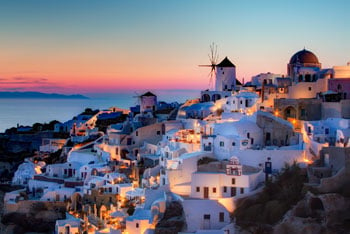 world and for good reason! Born from a volcanic eruption (don’t worry – there hasn’t been a confirmed eruption since the 1950s!), the island is very natural and rugged and encompasses everything travellers love about Greece, including the lovely beaches, glorious weather, and the classic whitewashed houses.

Red Beach is well worth a visit, and there are many fantastic photo opportunities here. The rocks surrounding the beach have high levels of iron, which have turned them a vibrant shade of red, giving the beach it’s unique name. The island also plays a major role in Greek wine production, so there’s plenty of opportunities for tasting some locally produced reds and whites.

Where you’ll dock: If you’re on a large ship, you’ll probably be tendered over to the island, most commonly just south of the island’s capital, Fira. 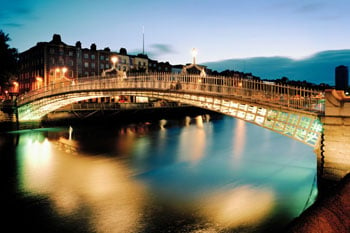 For British travellers, a stop in Ireland is sometimes not as exciting as visiting some of the more exotic places of the world, but what many don’t realise is that the Emerald Isle has so much to explore. Think St Patrick’s Cathedral is the oldest church in the city? Think again! It may be the biggest, but Christ Church Cathedral holds the record for the oldest building in Dublin and the underground crypts, with intricate wall carvings, make for a fascinating tour.

Also of particular interest is Kilmainham Gaol, a former prison dating back to the 18th century. Located a short bus ride from the city, many cruise passengers don’t venture out this far, but the building is one of the most fascinating places in all of Ireland! Despite being renowned as a prison with terrible conditions for inmates, particularly women, the building is stunningly beautiful – be sure to check out the stone-walled courtyards and the magnificent Victorian Wing.

Where you’ll dock: Ships dock into North Wall Quay, just 1.5 miles from the centre of the city. 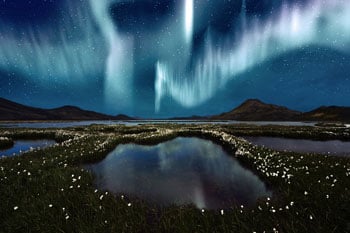 and it’s impossible to visit the country without visiting at least one of the attractions on the route. Starting in Reykjavik, you’ll travel 27 miles east to Thingvellir National Park. Believed to be home to some of the country’s first settlers, the real attraction here is the very obvious (and very unsettling) distinction between the North American and Eurasian tectonic plates.

After this, you’ll travel 35 miles further east to see the Strokkur Geysir. Bubbling vigorously, you can expect to see eruptions of up to 20 metres high every 5 minutes. Be warned – the sulphur means it’s very smelly! Moving on, a further 9 miles east and you’ll come to Gullfoss Waterfall – a truly impressive natural phenomenon with a total height of 32 metres. You’ll also visit the 55 metre deep Kerid volcano crater in southern Iceland.

Where you’ll dock: Skarfabakki, roughly 2 miles from the centre of Reykjavik. 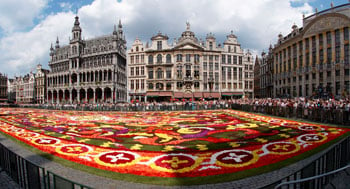 There is just 60 miles between the two Belgian cities of Brussels and Bruges, so it’s easy to explore them both in just one day. As the country’s capital, Brussels is far larger and busier than smaller, quieter Bruges, but both are equally as wonderful to visit. In Brussels, the Grote Markt (big market) is the hub of activity, with plenty of shops, historic architecture, and vendors selling classic Belgian waffles with all sorts of toppings.

While Brussels is very much city-like, Bruges is more fairytale. It’s a very traditional city, with canals, gothic architecture, and small, cobbled streets that seem more in keeping with Disneyland than a real city. Climbing to the top of the Belfry is a must-do for fantastic views, but you’ll need to be fit – there are 366 steps!

Many travellers who have not explored the Mediterranean extensively tend to 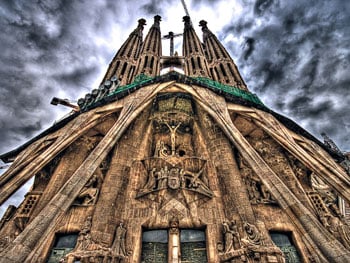 think of the coastal towns and cities as being primarily based upon the agreeable weather conditions, with major tourist attractions including beaches, water sports, and cocktails galore. However, many destinations in the Mediterranean are deeply rooted in history, and the ancient towns and cities are both informative and interesting.

Take Barcelona, for example, although this is a place that encompasses all the stereotypical aspects of the Med, it’s also home to many grand old buildings that are truly breathtaking, including La Sagrada Familia that, even after 100 years, remains unfinished due to the architect’s untimely death. There’s also the Italian town of Pompeii that was largely destroyed by volcanic eruption. The stone ruins are a major tourist attraction today, drawing 2.5 million visitors each and every year.

Where you’ll dock: This depends on your destination. Many coastal towns have easy access to cruise ports. 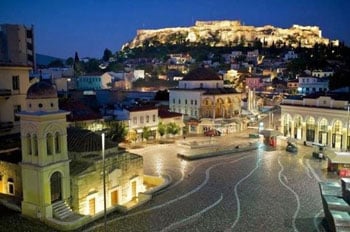 Greek mythology still plays a major role in life today, through literature, mathematics, and even music, and a visit to the historical sites present in Greek mythology is a very unique experience. Athens’ Acropolis – the walled city perched 150 meters above the city – is one of the most important historic destinations in the world.

The remaining structures, such as the ruins of the Parthenon, have given us the greatest insight into Ancient Greek life. Many of the ruins you’ll see here were once part of various temples, which really emphasises the important role the Gods played in everyday life.

It’s impossible to miss the Acropolis when you arrive in Athens as it’s visible from practically everywhere in the city – you’ll even be able to see it from your ship when you dock!

Where you’ll dock: Port of Piraeus, about 7 miles from the centre of the city. 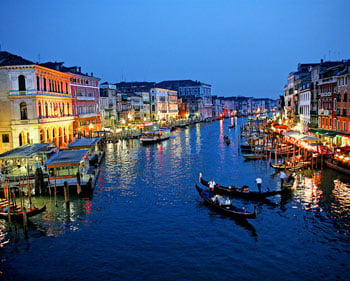 For adventurers, it’s simply awe inspiring to be standing in the presumed birthplace of Marco Polo. Ahead of his time, he travelled extensively throughout Asia, influenced many later explorers, and promoted early travel and tourism. For romantics, isn’t it obvious? Venice is beautiful. One of the most popular activities for lovers is taking a gondola ride along the Grand Canal.

With the relaxing sounds of the gondolier singing in the background, and sailings under the Rialto Bridge, there’s nothing more intimate. Don’t forget to kiss your loved one when you pass under the bridges – it’s said to bring good luck!

Where you’ll dock: Right in the heart of the city! 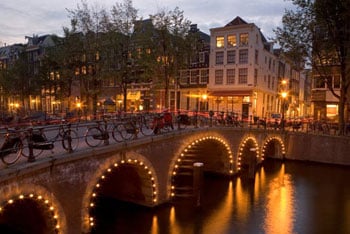 Along with Copenhagen, Amsterdam is very much a ‘city of cyclists’, with around 30 percent of all commuters opting for bicycle transportation rather than car, bus, or train. Why? Because the cities are so welcoming of cyclists, especially Amsterdam.

While some may seem cycling as a very ‘back to basics’ method of transport, the ways in which the city has adapted to accommodate cyclists and encourage physical activity is very much modern and contemporary, and it’s really an example to other European countries and cities where cycling is seen as an inconvenience to motorists.

When you’re in Amsterdam, the best way to see the city is to hire a bicycle. You can hire a bike from many spots in the vicinity, and travel like a local. The canals are especially beautiful to cycle along, and be sure to pop into one of the many pancake restaurants serving up crispy batter with a range of toppings.

Where you’ll dock: Just a short walk from the central train station. 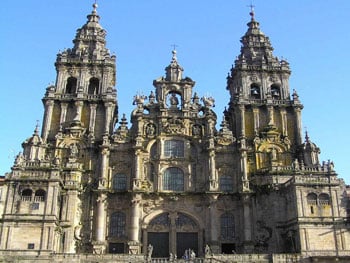 When thinking about important places in the Christian world, Rome, and the Vatican, will most probably come to mind. There are, however, many other places of significant religious importance all around the world, and Santiago de Compostela is one of them.

According to legend, Apostle James was buried in the area, and the city is now the ultimate destination of the St. James’ Way pilgrimage. The city itself is very compact and traditional, and is a beautiful place to stroll around, especially on a nice day.

The delicacy here is cooked octopus, which may sound a bit ‘out there’ but give it a try – covered in huge flakes of salt and some sweet and smoky paprika, it really is delicious!

Where you’ll dock: Vigo – about 60 miles south of Santiago. 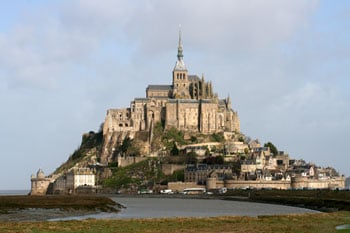 The D-Day landings at Normandy turned out to be one of the significant movements during the war, with British and North American soldiers fighting for the freedom of France.

Although Normandy is a pretty little region, it’s the beaches that are the prime attraction here due to their historic importance. Sword, Juno, Gold, Omaha, and Utah beaches were the locations of the landings, with Sword Beach – one of the two beaches of the British troops, being the most tourist-friendly today.

The beach stretches for 2.5 miles around the coastline, and there’s plenty to see and do in the area, including exploring wartime cemeteries, and visiting museums and memorials commemorating the D-Day efforts.

Where you’ll dock: LeHavre, 70 miles by road from Sword Beach. 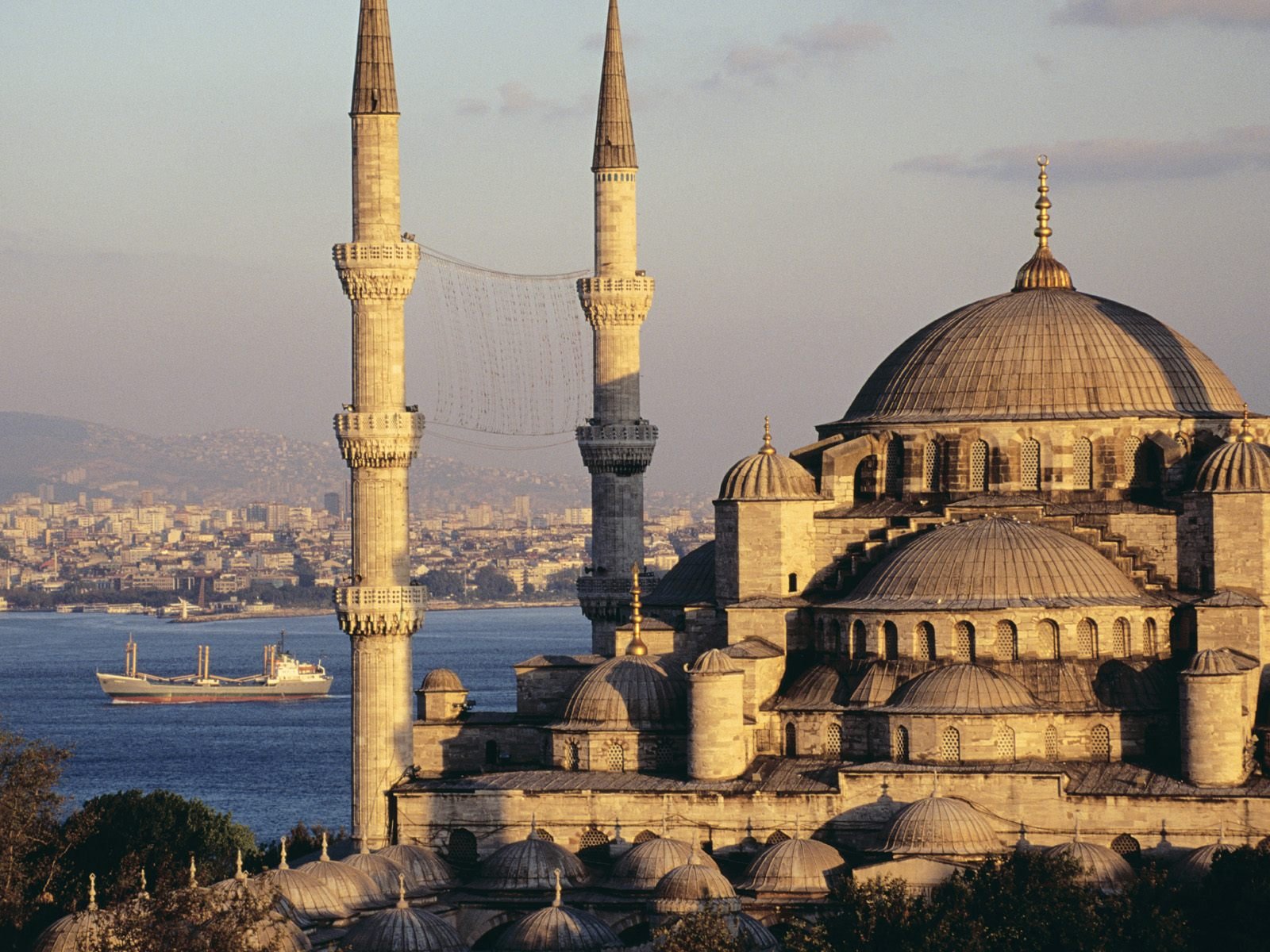 To say Istanbul is a unique city is a true understatement. The only city in the world to span two continents – Europe and Asia – the influences of east and west are visible in practically every manner – from architecture and cuisine to beliefs and culture. One excellent example of east meets west is at the Topkap? Palace – a royal residence dating from the 15th Century. Although the style of the palace is undeniably European, the collections inside, such as the massive assemblage of Chinese porcelain, has definite Asian influences. If you’re worried about visiting Turkey – don’t be. The city has become very safe in recent years, and it’s now a top destination for families looking to immerse themselves in a different culture and way of life.

Where you’ll dock: Karakoy – one of the most active areas of European Istanbul.

If you really want a culture shock, then St Petersburg is the destination for you. Influenced heavily by its communist past and Asian neighbours, the city is magical. Unless you arrange a tourist visa before visiting, you’ll need to book cruise excursions to get off the ship, but there is so much choice, regardless of your personal interests, or whether you’re travelling alone or with your family. A popular activity for adults is to spend the evening at the ballet, whereas parents of young children enjoy painting their own Russian nesting dolls and taking them home as souvenirs. However, the absolute must-see attraction in St Petersburg is the Church of the saviour on Blood – a cathedral whose impressive and expressive facade has become an international symbol of the country.

Where you’ll dock: Vasilyevsky Island, just 3.5 miles from the centre of the city. 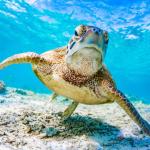