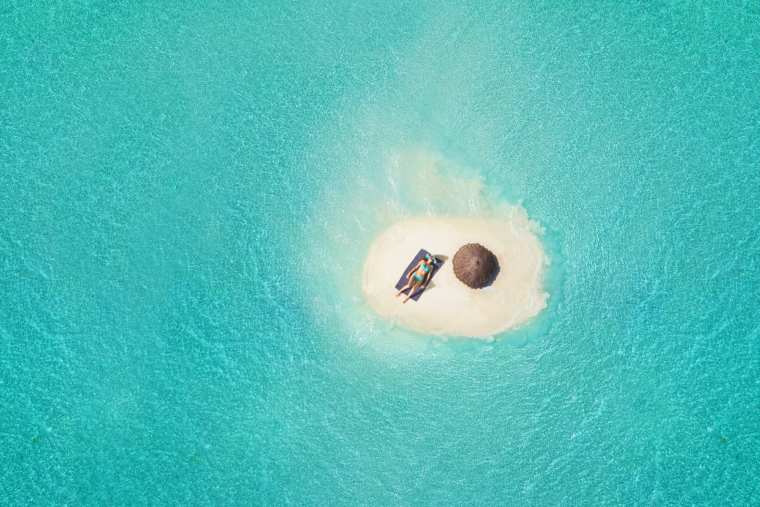 Private islands. Every millionaire worth their salt has one. Richard Branson has sprawling Necker, the jewel in the crown of the suitably named British Virgin Islands.

Leonardo DiCaprio owns an eco-friendly hideout in the environmental hotspot of Belize, while Steven Spielberg has not one but two uninhabited outcrops on the Madeira archipelago in Portugal on which to re-enact his favourite Jurassic Park scenes. Even Bear Grylls can play castaway on his own slice of land, St Tudwal’s Island West in the north of Wales, albeit in far cooler climes. But private hideaways like these are no longer the preserve of the privileged, with cruise lines calling island time at a host of idyllic spots. Here are some of our favourites to escape to in 2021:

Holland America Line’s Half Moon Cay occupies 2,400 acres of Little San Salvador Island, one of 700 or so islands in the Bahamas archipelago.

Finding a spot to lay your towel in the sand isn’t hard with two miles of beach to choose from, but plush private cabanas tend to be the preferred place to while away a day with cocktails, tacos and a salty sea breeze. Cabanas, Beach Villas and a Private Oasis are the ultimate shaded spots to spend a day here, but you’ll need to book early as services like an exclusive butler, hot tubs, ocean-view balconies and access to scuba and snorkel gear means they’re incredibly popular and sell out well in advance.

While luxurious, Little San Salvador is a real natural beauty and by no means over-developed. Only 2% of the island has actually been built upon, with 65 acres of it reserved purely for migratory birds and the rest abundant with gorgeous flora and fauna; nature trails lead to everything from pretty lagoons to horse ranches. It’s the least developed of any cruise line island (and scoops the ‘best cruise island’ awards year after year) and those castaway vibes come easy as you sway away a morning in your hammock on the beach. 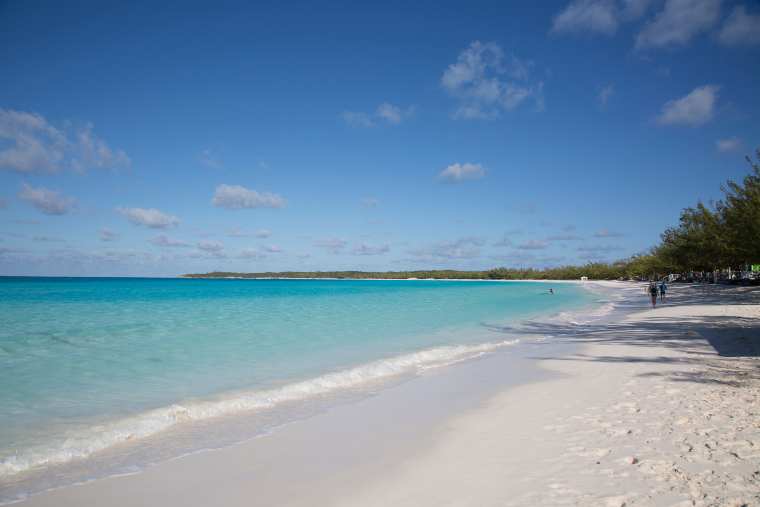 Exciting things are happening at CocoCay, with a new ‘Perfect Day’ experience debuting this summer.

Imagine a theme park-cum-waterpark with the tallest waterslide in North America, add a high-flying helium balloon that serves up a seagull’s-eye view of the island from 450ft up in the blue skies of the Bahamas, plus the largest freshwater lagoon in the Caribbean, and you’re halfway there in terms of what you can expect at the private Royal Caribbean International island.

Royal Caribbean’s ships are famous for bringing family fun to the seas and they’re not holding back on the activities once you arrive into Perfect Day at CocoCay, the first in a series of destinations they have planned for around the world. The beauty of it is that much of what is on offer will be complimentary, from waterparks for the kids to access to the Oasis Lagoon and the baby powder-soft sands of Chill Island and South Beach. There’ll also be complimentary BBQs at the Chill Grill and Skipper’s Grill, plus a snack shack for those occasions when excited little ones will only sit still long enough to inhale a burger between goes on the waterslides. And there’s great news for anyone who has purchased an onboard beverage package too; you can use it on the island, so grab a swing seat at Captain Jack’s and ask to see the cocktail menu. 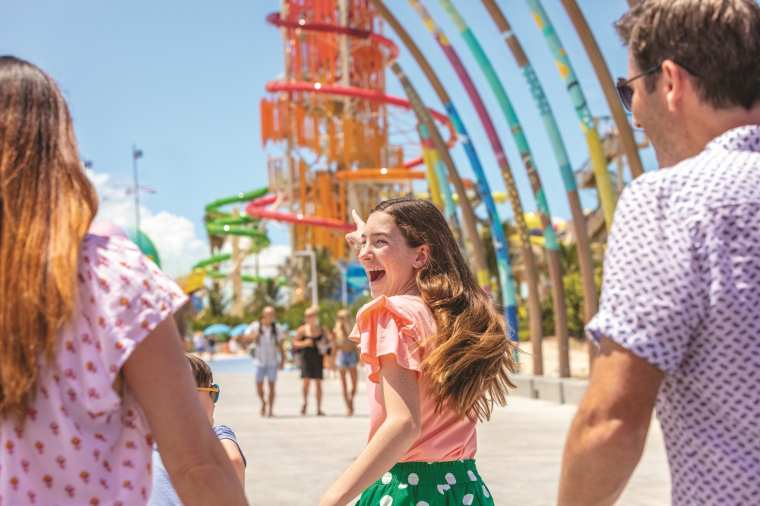 Norwegian Cruise Line was ahead of the game when Great Stirrup Cay became the first-ever private island purchased to be developed exclusively for cruisers way back in 1977.

Fast-forward a little over 40 years and the 250-acre island in the Bahamas has recently undergone a multi-million-dollar makeover that’s the biggest in its history. The overhaul has created an upscale resort feel; luxury cabanas have been entirely rebuilt, there’s more beach beneath your feet than ever and a new underwater sculpture garden is attracting more marine life for snorkelers to explore. More than £1million has been spent on landscaping the island alone, with over a thousand trees planted to cast shade over its coconut-drinking visitors.

The Haven is Norwegian Cruise Line’s ‘ship-within-a-ship’ concept and the exclusivity extends ashore at Great Stirrup Cay. A private lagoon area reserved for guests staying in The Haven was the last stage of the redevelopment to be completed, creating an indulgent hideaway with 38 private villas, a restaurant, swim-up bar and new spa area. Handily for anyone keen to experience the exclusive enclave but not staying in The Haven, guests booking spa treatments will receive access to the restaurant and swim-up bar too. 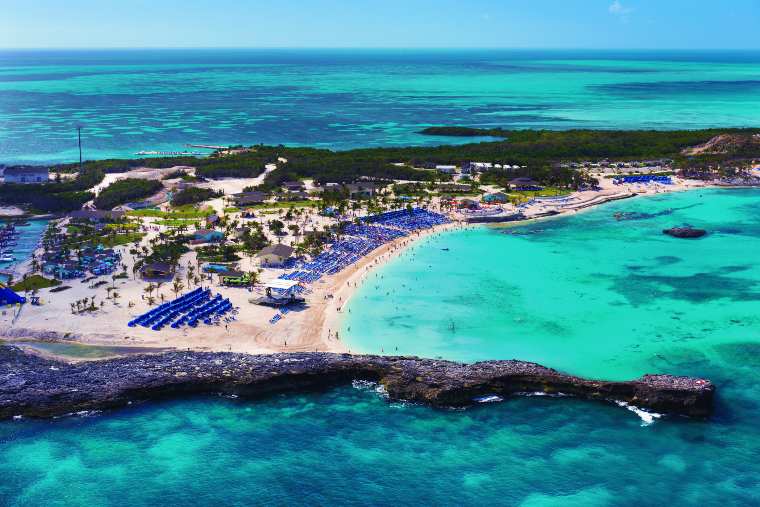 Petite at a little over 40-acres, Princess Cays sits at the southern tip of Eleuthera and the Bahamian hangout is all about beach time. Over half a mile of bright white sand edges Princess Cays and great marine life straight off the beach means there’s a heavy focus on watersports from paddleboarding to surf fishing; even the snorkelling averse can get in on the action with a Sea Board, a floating device with an inbuilt viewing port that extends below the surface of the water so you don’t have to.

Unlike most other private cruise line islands, Princess Cays uses just a section of Eleuthera island. While this might mean you don’t feel quite as castaway as you could, it does enable you to get out and about on excursions in some of the villages outside the complex if the mood takes you between seafront snoozes and cold cocktails. Tarpum Bay and Rock Sound are the most popular destinations for trips beyond Princess Cays proper. 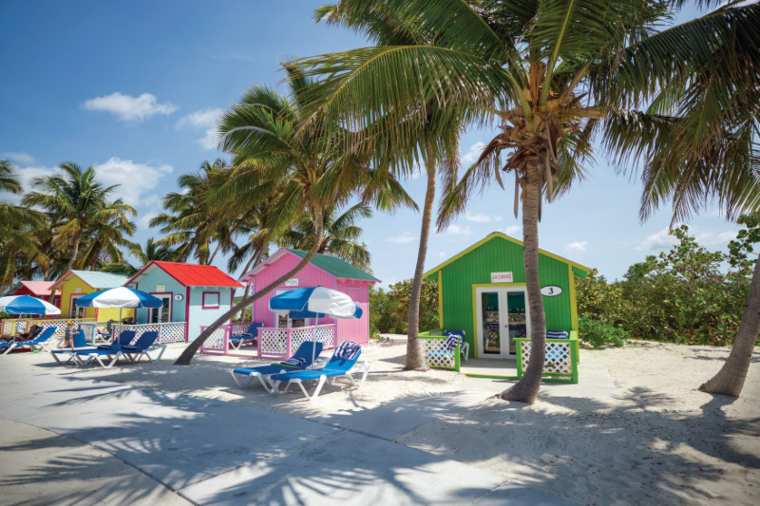 Virgin Voyages are bringing cool to cruising and they’ve taken things up a notch again with their recently revealed private island, a party-centric port of call on every one of Scarlet Lady’s Caribbean sailings.

Leaving the likes of Ibiza and St Tropez in its wake, The Beach Club at Bimini in the Bahamas will rival the best beach clubs anywhere in the world.

Music flows through the veins of the Virgin brand and a partnership with Grammy Award-winning artist and producer Mark Ronson will see days at The Beach Club become the hottest ticket of the year. The man himself is expected to play a host of early island calls following Scarlet Lady’s launch. Sailors can expect to ease in gently with yoga and meditation in the morning before the atmosphere dials up in the afternoon for a DJ-led pool party. Later on, things will wind down a little with chilled out bonfires on the beach and live acoustic music from
up-and-coming artists; Virgin know their music so don’t be surprised if you see some big names get their start on The Beach Club’s stage. 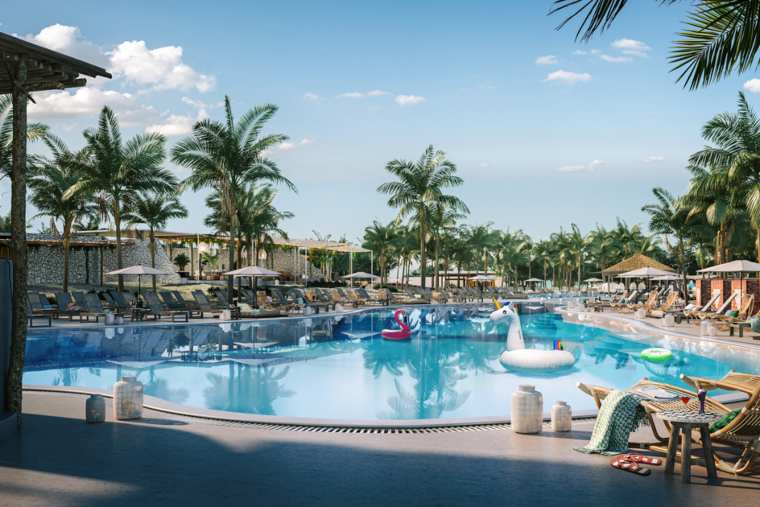