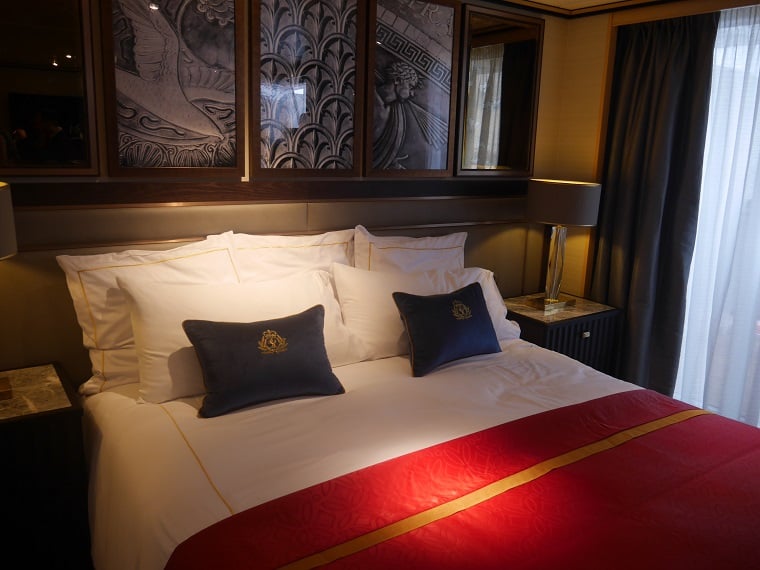 The numbers are vast – a £90million budget, over a million man hours, 15,000 litres of paint and ten football pitches worth of new carpet – and it all adds up to a new era for the remastered Queen Mary 2.

It is the question that has been on everyone’s lips ever since Cunard announced that the world’s most iconic ocean liner was to enter dry dock in Hamburg. Now, following months of speculation, we can reveal that the answer is yes, the Queen Mary 2 does indeed now feature tea and coffee making facilities in its suites and staterooms. 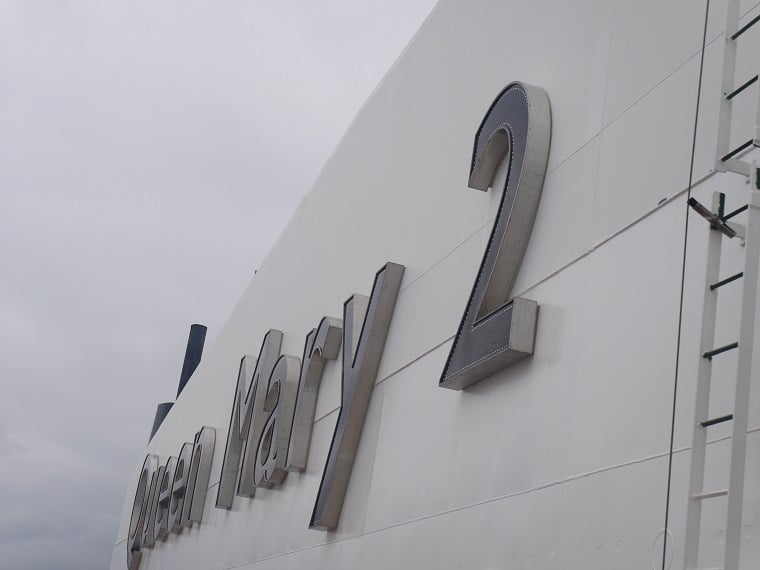 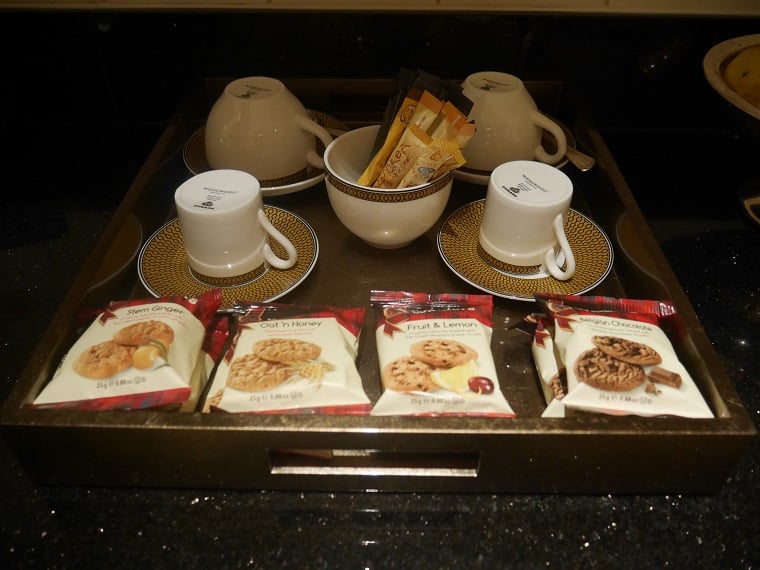 This important revelation is just one in a long list of those that came about as we enjoyed an exclusive tour of the QM2 ‘Remastered’ in Southampton. Others came in the Britannia staterooms, where a brighter, more contemporary colour scheme was highlighted by imperial blue velvet pillows emblazoned with Cunard’s gold crest. They came in the Verandah Grill, where the sleek circular booths are backed by circus artworks inspired by those found in the same restaurant on the original Queen Mary, and they were beautifully apparent in the Grand Lobby, where the removal of the central lifts has eradicated privacy issues for those in the popular Atrium View Inside Staterooms. 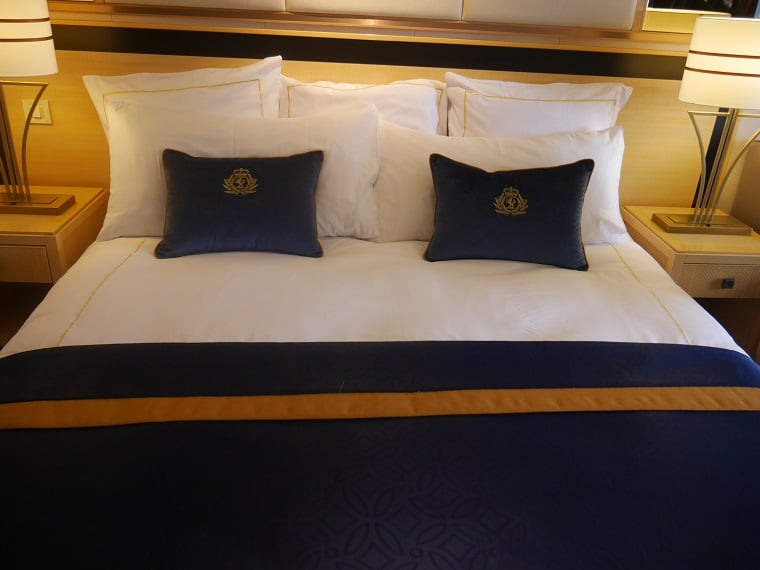 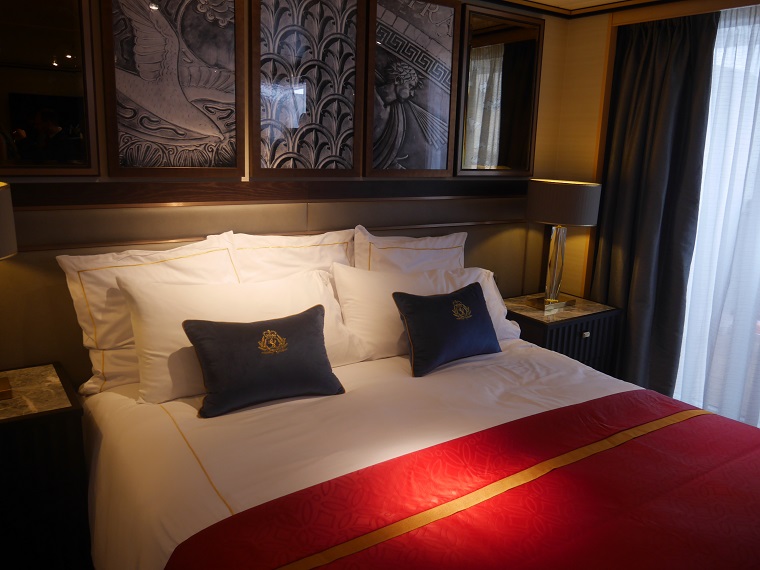 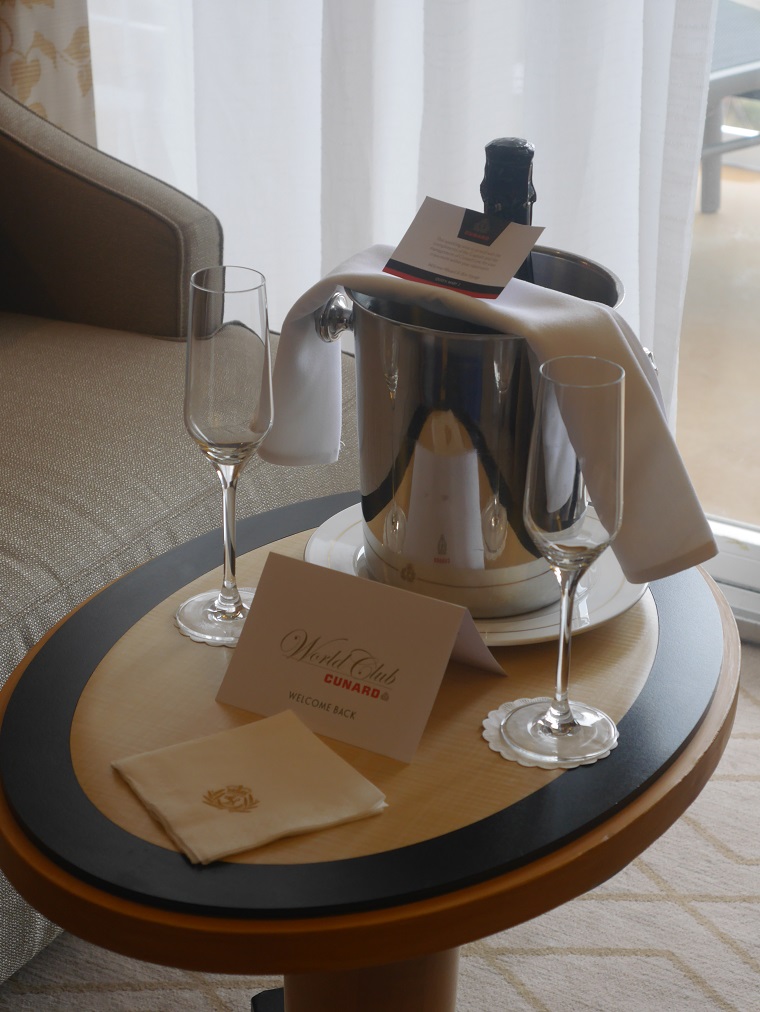 Cunard’s Art Deco heritage has been painstakingly incorporated into the décor subtly but surely, from the geometric fretwork that divides the cosy seating spaces in the brand new Carinthia Lounge, to the honeycomb pattern on the bespoke Wedgewood crockery and the gilded embroidery which decorates the leather backs of the velvet chairs in the Queens Grill Restaurant. Not a single penny of the refurbishment’s £90 million budget has been spent without serious consideration and the resulting attention to detail is every bit as impressive as we have come to expect from HRH The Queen’s favourite cruise line.

Whilst the refurbishment has created lighter, more contemporary surroundings, Cunard’s most loyal cruisers needn’t worry about the turning of any backs on tradition. The liner is intrinsically tied with notions of cruising at its most classic, so her legion of fans will be relieved to hear that her heritage has been embraced, as opposed to replaced.

Of course, there have been shifts made towards a more modern luxury. An entire restructuring of the Kings Court buffet has opened up and illuminated the space, with cleaner décor and a neutral colour scheme creating a far more informal yet enticing dining venue than that of old. 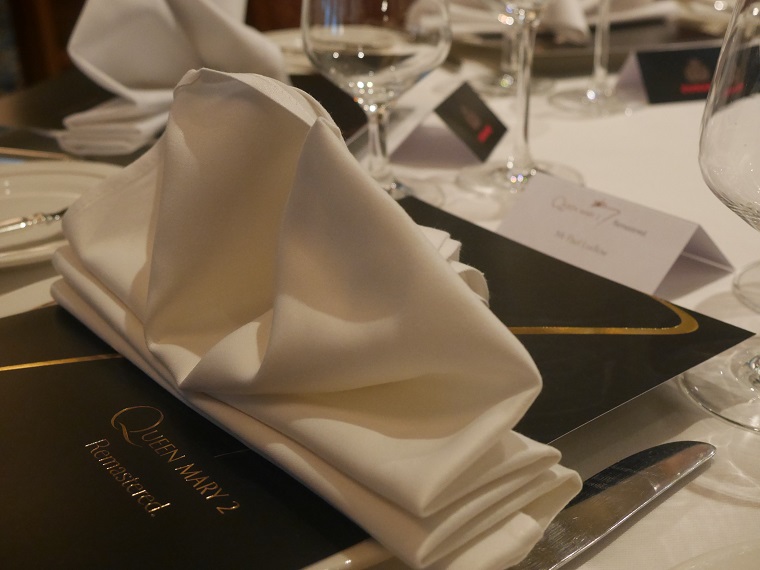 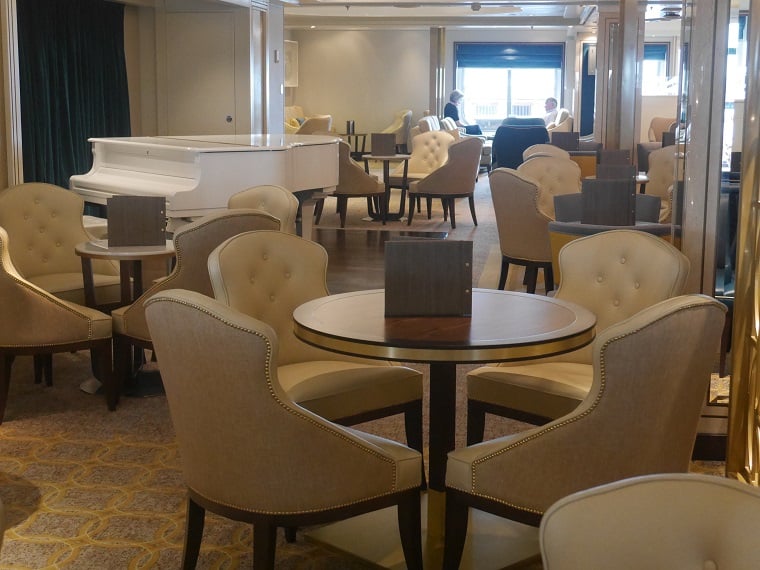 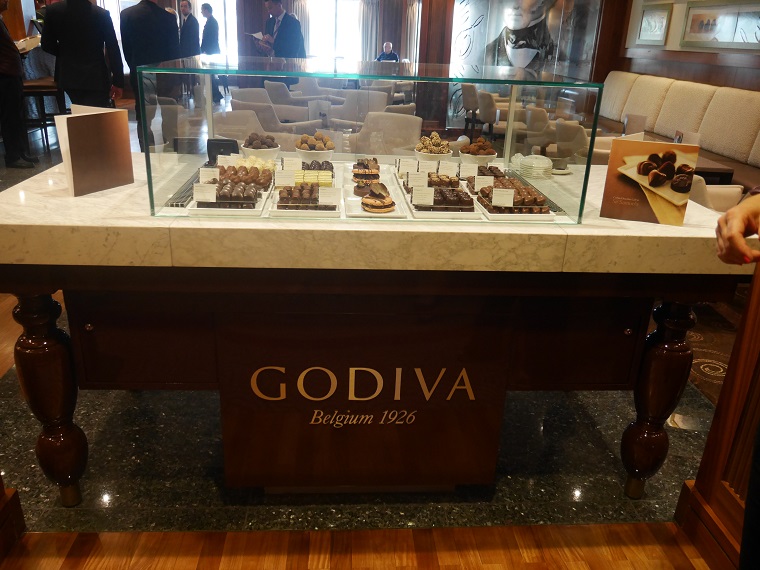 The theme of lighter colours elevated with rich accent colours continues throughout the refreshed areas, including the accommodation. Rumour has it that a certain Rod Stewart spends his sea days kicking back in the Queens Grill Balmoral Suite and he’s likely to be rather impressed with his totally transformed suite next time he heads across the Atlantic. Indeed, all Queens Grill and Princess Grill accommodation has been remastered beyond recognition, with the end product cementing Cunard’s reputation for offering the most luxurious suites at sea.

Every suite and stateroom aboard Queen Mary 2 will eventually be updated, and a total of 50 new cabins were also added during the dry dock, including 30 new Britannia Club staterooms and 15 for single occupancy. Once complete, every Britannia Club and Britannia grade stateroom will feature new carpets, sofas, soft furnishings and specially-commissioned artworks, all of which combines to create an altogether more luxurious space than their previous incarnations.

Style and comfort is key for Cunard’s guests and that extends to their canine companions too, for whom ten additional kennels have been incorporated. The American hounds will be right at home beside a bright red fire hydrant, whilst the British bulldogs will undoubtedly appreciate the lamppost, replicating that which was added to the Queen Mary at the suggestion of the Duke of Windsor and originating from outside the Cunard Building in Liverpool.

QM2 Remastered has subtly merged the line between traditional and contemporary. If you have sailed on her before, you will appreciate the elevated luxury. If you are yet to experience life on a liner, the remastering has removed any doubt that a sailing on the iconic Queen Mary 2 should be your first. 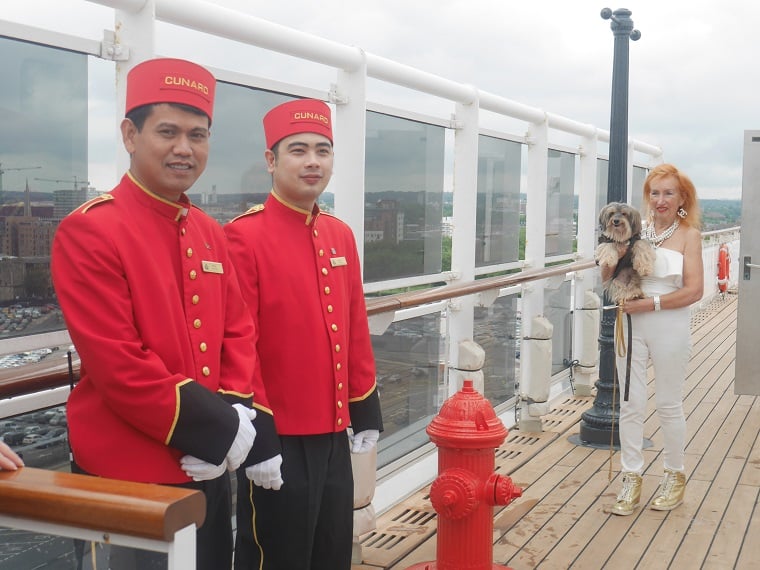 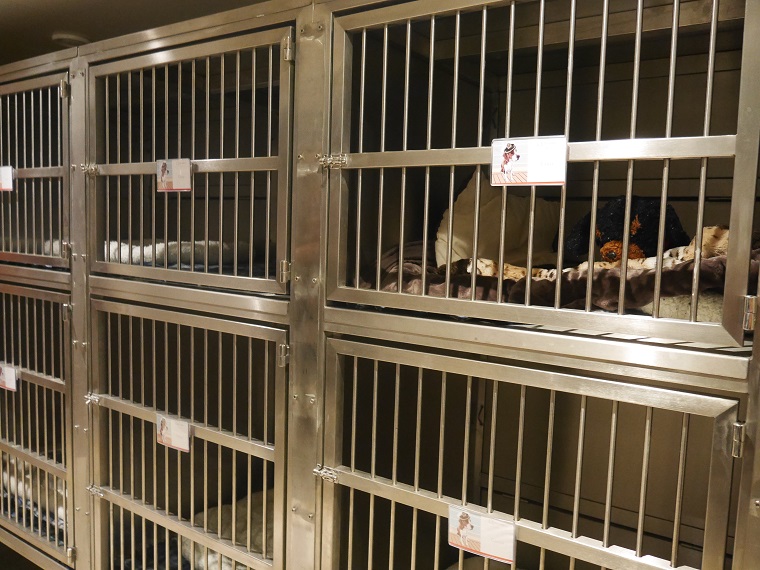