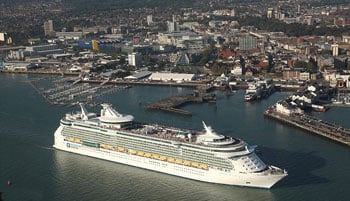 Cruises are often thought of as a ‘big’ holiday – taking one or two weeks (perhaps even longer – some round-the-world cruises can last between three and four months!), but, depending on your location, major cruise lines such as Royal Caribbean offer mini cruises, or ‘sampler’ cruises, that last just three or four nights.

Fortunately, the UK is in a prime position for these sampler cruises, with the French, Belgian and Dutch coastlines lying within easy cruising distance for a short weekend break.

If you’re interested in taking a short three or four night cruise from Southampton with Royal Caribbean but aren’t sure what to expect, here’s everything you need to know:

Believe it or not, three and four night cruises from Southampton are actually remarkably popular, and there are many reasons why travellers not only from the UK, but from around the world, opt for short mini breaks.

Get a Royal Caribbean Mini Cruise From Southampton

Juggling family commitments, work commitments, social commitments and anything else you’ve got going on, it can sometimes be tricky to find the time to treat yourself to a longer cruise, where you would need to block out a one or two week period at the minimum to enjoy a sailing.

Three night cruises are perfect for those with busy schedules who just need to get away from it all for a few days. Leave on a Thursday, and you can be back at your desk on Monday morning feeling pampered and refreshed! 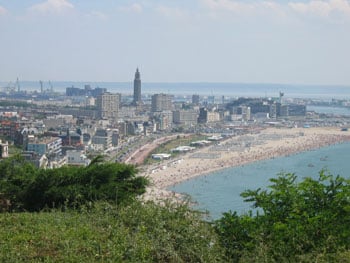 This is because cruise lines schedule mini cruises in between two longer cruises. Cruise ships are only making money when they’re at sea, so sitting in port for three days just doesn’t make sense. Take advantage of this!

Cruising really is for everyone (contrary to popular belief, it is not just for the retirement community!), but if you’ve never travelled by cruise ship before, the concept of spending weeks at sea can be a bit unnerving.

Will you get sea sick? Will you feel claustrophobic? Will you like the food?

Sampler cruises are a great way to decide if cruising is for you, without having to commit to a full-on holiday. These mini cruises are often at a different port each day, or with a maximum of one sea day, so if you find that cruising isn’t for you, rest assured that sea time is largely limited to overnight.

Every cruiser has their favourite region, whether it be the Caribbean, Alaska, Asia, the Mediterranean or anywhere else and cruising to a new region can be daunting, especially if you’re not very familiar with it.

A three or four night cruise is a good way to be introduced to a new region, and to become accustomed with the types of ports you’ll visit.

For this reason, you’ll often find many foreign passengers on sampler cruises from Southampton who are checking out the Western Europe ports while holidaying in London with a view to exploring in more depth at a later date.

Which Ports will I Visit? 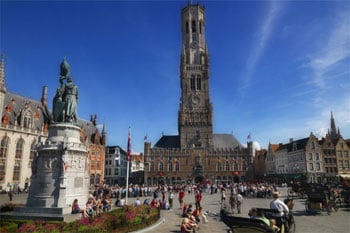 While you can’t expect to visit the Mediterranean, Eastern Europe, or the Baltic during such a short itinerary, what you can expect is the best of France and Belgium. In France, ships dock in Le Havre, about a two hour journey from the centre of Paris – the capital of romance.

The on board excursion desk will arrange transportation to and from the city, but if you’d rather stay a bit closer to the ship, the Normandy region really is beautiful, and has great shopping opportunities.

If you’re looking for souvenirs and gifts to bring back home, the Les Halles shopping market near the port is a great place for picking up Camembert and Calvados.

You’ll also visit Zeebrugge in Belgium, which is just 10 miles away from the fairy-tale city of Bruges. As you’ll only be in port for the day, spend your time in the old square, where you can climb 366 steps to the top of the belfry for amazing views across the city.

There’s lots of gothic-style architecture which makes for fantastic photo opportunities, and don’t forget to pick up some luxurious Belgian chocolate! 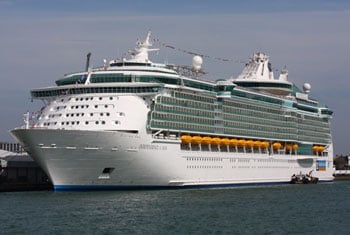 Absolutely! What many travellers don’t realise is that the on board experience during a sampler cruise is exactly the same as on a longer cruise. Just because you’re paying less doesn’t mean you receive less!

You’ll have access to the main dining rooms, the spas, the theatre shows, the bars and casinos, along with all other exciting facilities and amenities the ship boasts.

You will also have your choice of cabin, ranging from budget-friendly inside cabins to more costly, yet breath taking, balcony cabins and suites. You get everything you would on a longer cruise, but without needing to commit the time, money, and energy to a one or two week trip. Why not give it a try? You can’t go wrong!