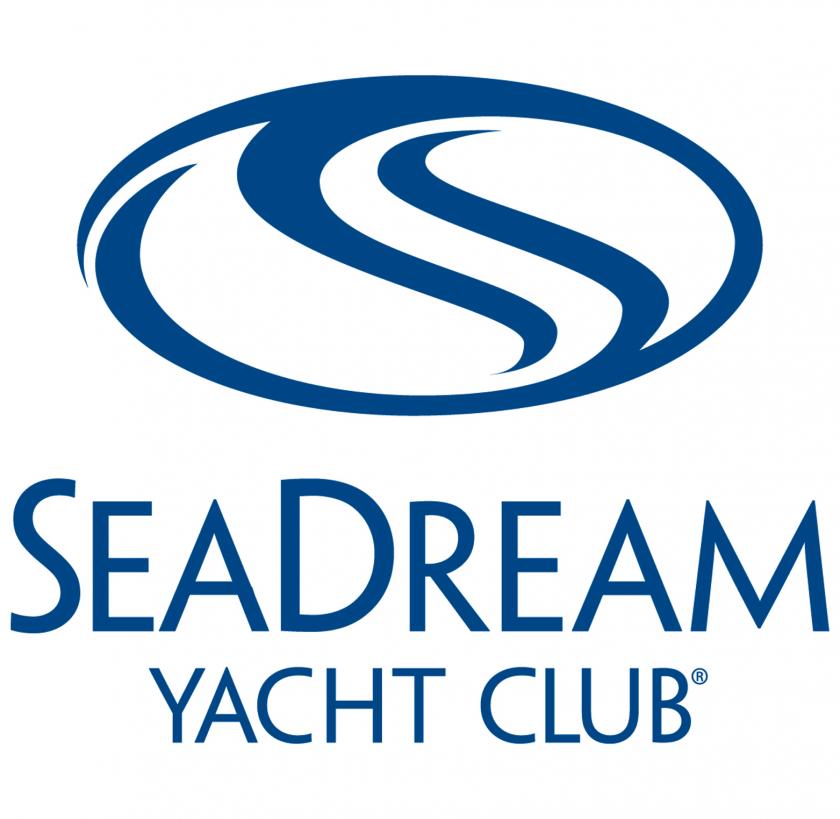 Luxury yacht club SeaDream are offering just a single roundtrip sailing from the UK for 2014, so what are you waiting for? Yacht Club rooms in particular are selling fast, so if you’re keen to experience the opulence of SeaDream without needing to fly, you’ll need to be quick! Departing from Dover on 16 August, this 14 day voyage around Northern Europe takes in some of the most scenic, fascinating, and beautiful ports in and around Scandinavia.

However, don’t expect your standard Baltic cruise from SeaDream – oh no. As one of the world’s most extravagant yacht clubs, the SeaDream experience is unlike any other. You’ll visit ports you’ve never seen before, you’ll travel down narrow canals that the larger cruise ships can’t fit through, and your on board adventures will be truly unforgettable.

Passengers booking this exciting voyage will take in some classic Baltic and Scandinavian ports – most notably Visby, a pretty little town on Sweden’s Gotland island, and Tallinn, the historic capital of Estonia – but what makes this SeaDream cruise so enticing is that it makes stops in beautiful destinations that many other cruise lines don’t visit, simply because they are unable to. Here are some of the more unique ports of call you’ll enjoy when taking a Northern Europe SeaDream cruise: 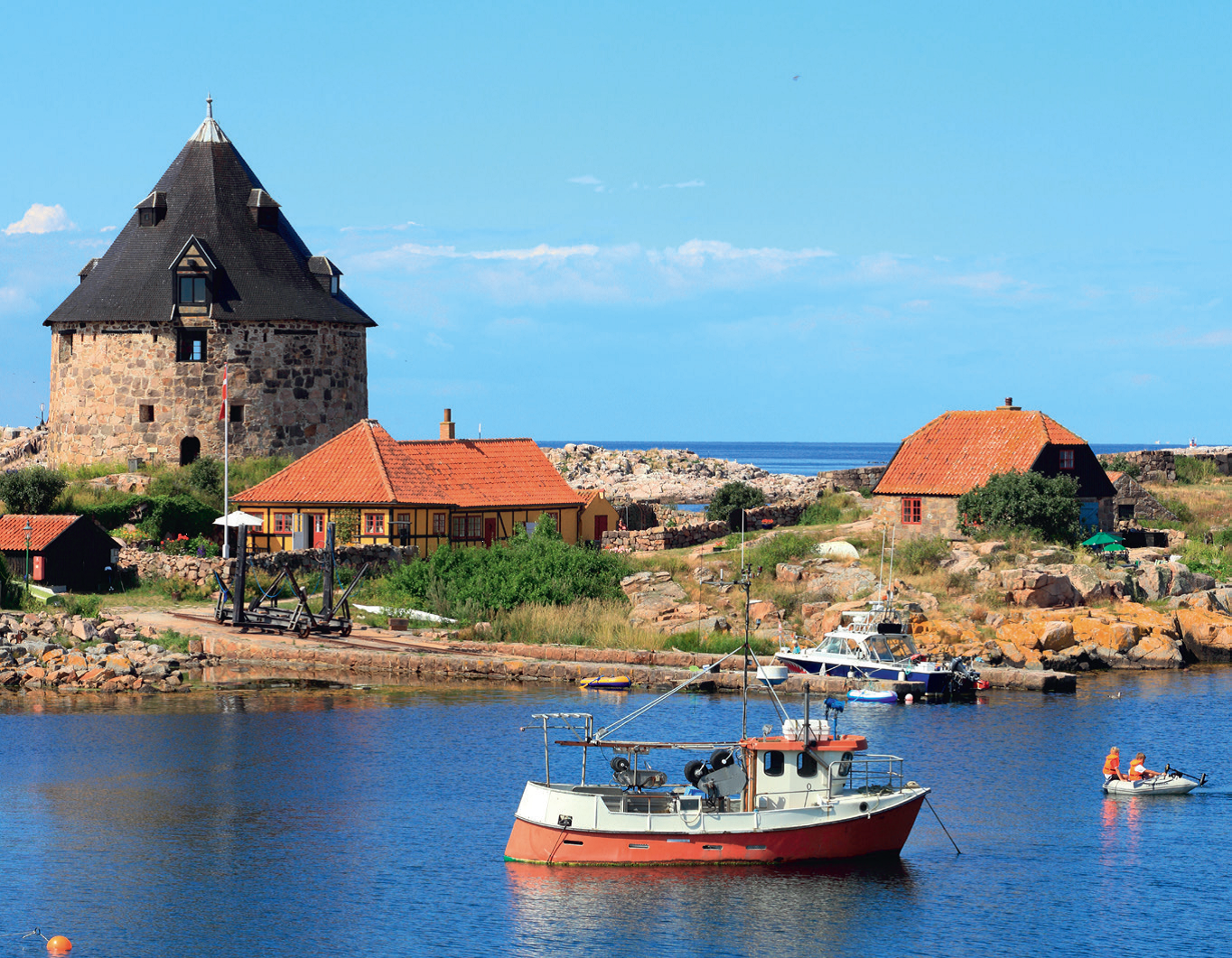 Many Denmark cruises stop at Copenhagen, the Danish capital, but this particular SeaDream voyage goes against the grain a little, docking into Rønne on the island of Bornholm. Bornholm is situated about halfway between the Danish and Polish coastlines, and is well known for its smoked herring – considered to be an island speciality. SeaDream dock at Bornholm because it’s stunningly beautiful. The south coast is more like the Mediterranean than the Baltic, with white sandy beaches, while the central forests are great for outdoor recreation.

Located on the Jasmund Peninsula, Sassnitz is one of the more northerly destinations in Germany, and a very popular one at that. Situated just on the outskirts of the Jasmund National Park, this is a true haven for all manner of rare and exotic wildlife, including the white-tailed eagle. While there’s not a great deal of action going on here, it is a fantastic place to relax. The harbour area and the old town are very pretty, with the old town displaying a definite colonial feel with white-washed buildings and protruding balconies around every corner.

Faaborg is situated just north of the eastern end of the Kiel Canal, making it a perfect stop for this SeaDream voyage. Its location has meant that trade has always been a large part of the economy, and this can be seen in the number of structures lining the harbour, and the number of stunning mansions which were once home to profitable traders. One of the best ways to see the Faaborg countryside is to take the scenic train to nearby Korinth. It’s just a short 6 mile ride, but you’ll see so much of this beautiful and historic market town that you can’t afford not to. If you have the chance to sail along the Kiel Canal, then grab the opportunity with both hands and do it! You won’t be sorry. Constructed as a way to shorten sail times between the North Sea and the Baltic Sea, and to make it safer for small trade ships vulnerable to stormy weather, the Kiel Canal has been providing a safe passage between eastern and western Europe since 1895. While some cruise ships have been designed with special features which allow them to sail along this 61 mile canal, the majority are simply too big, and have little option but to voyage around the Jutland Peninsula. SeaDream’s luxury yachts, however, are the perfect size.

St Petersburg – the Highlight of the Trip 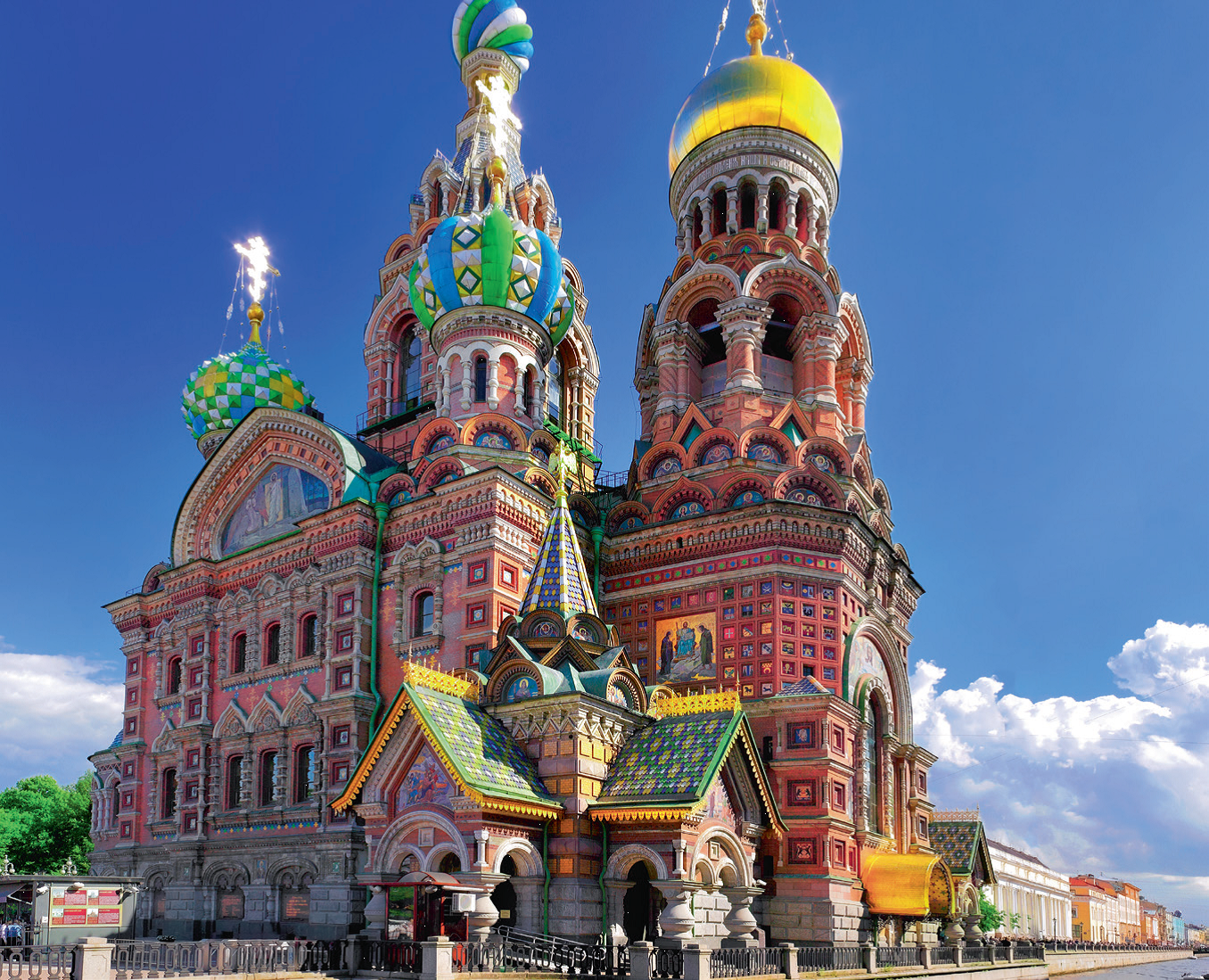 The highlight of any Baltic itinerary is, of course, St Petersburg – a remarkably stunning city on Russia’s western side. Most cruise lines that offer Baltic itineraries usually stop in St Petersburg overnight to allow passengers to really immerse themselves in this vibrant culture and see the sights, but SeaDream trump this hands down, spending two nights in port. Two nights really is the minimum amount of time you need in St Petersburg, especially if you’ve never been before. It allows you to take in the fantastic evening excursions, including the Russian ballet at the Mariinsky Theatre, a traditional Russian folkloric show, and an evening tour of the city once the sun goes down when the bright lights illuminate Nevsky Prospect. If you have visited St Petersburg before, this extra time can still be used to your advantage. How about taking an overnight excursion to Moscow or Helsinki to really broaden your travel experience and tick a few more places off your bucket list? 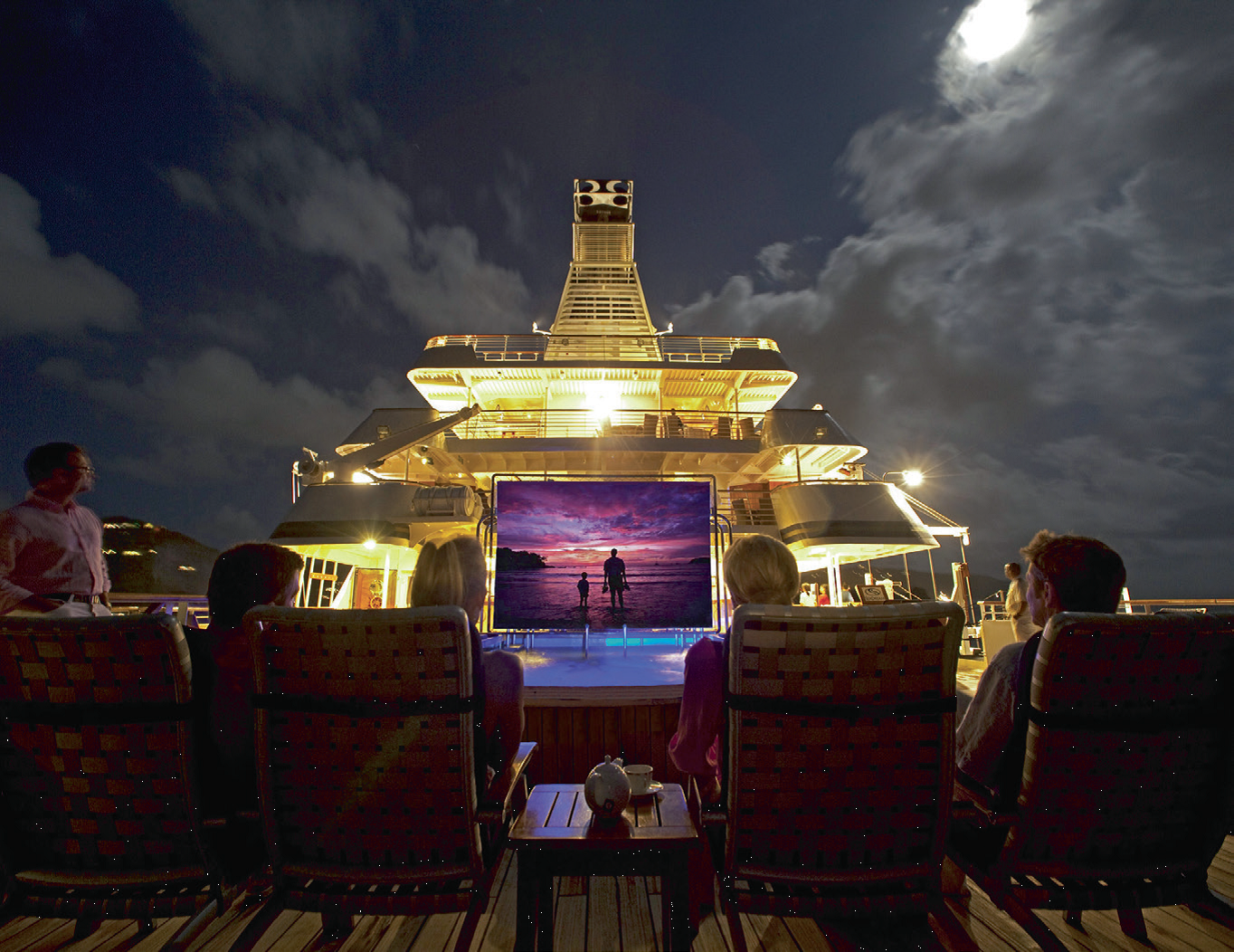 SeaDream I, the luxury yacht that will be carrying its 110 passengers between Dover and St Petersburg this August, is a small, spectacular, glamorous but most of all delightfully intimate ship that boasts an almost 1:1 crew:passenger ratio. With just six decks, this yacht is more like a private yacht than a floating village, as some of the world’s larger cruise ships are often perceived. Although small, the yacht certainly packs a lot in, including a golf simulator, two restaurants, four bars, and even a casino. Best of all, most of it is included in the base price. That glass of wine you ordered with dinner? Complimentary. That jet ski you jumped on at the fold-out marina? Free. Gratuities? Free! How can you resist?  This is luxury cruising at its finest, to steal a popular slogan – this is not
just any cruising…this is SeaDream luxury cruising! 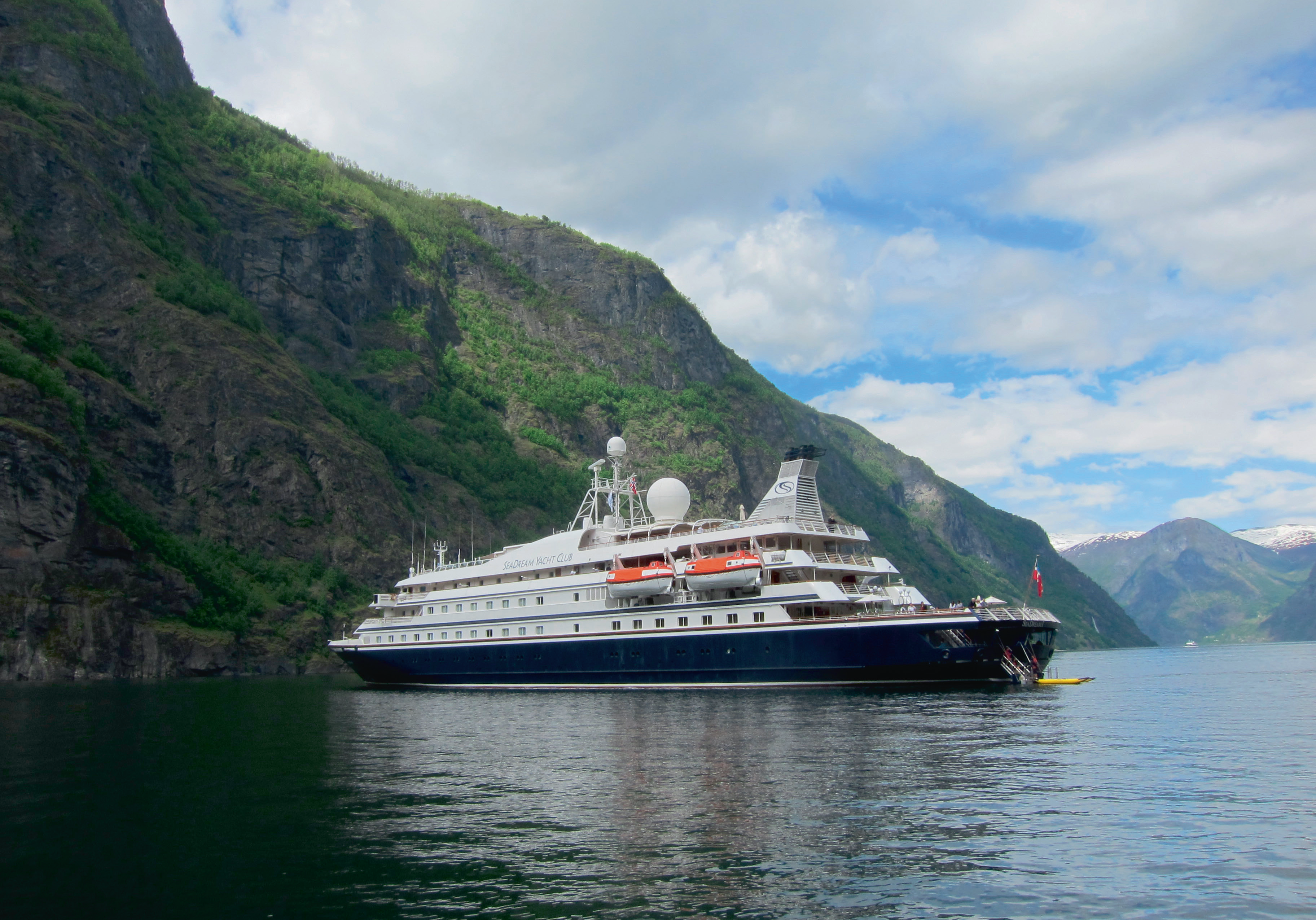 Booking this Baltic discovery cruise on board SeaDream I is a unique opportunity to experience what it’s like sailing roundtrip from Dover on one of the world’s most luxurious vessels. Whether you opt for an elegant Yacht Club stateroom or the breath-taking Owner’s Suite, you’re sure to see why so many travellers rave about small ship cruising and especially about SeaDream.

To find out more about this amazing opportunity, call our cruise consultants now on 01246 819819.