The Star Wars Locations You Can Cruise To

It was premiered at a star-studded event at the Royal Albert Hall last night and rumours are swirling that Star Wars: The Last Jedi could be the best Star Wars movie ever made. It’s a bold claim and one that Star Wars fans will no doubt make their own minds up about when the film hits screens at midnight this evening. In the meantime, we’re dispelling the myth that the Star Wars universe only exists in a galaxy far, far away. These six fantastical filming locations are all within easy reach of a cruise port, so adventurous fans of the film can embark on their own pilgrimage to some of its most recognisable landscapes. May the force be with you on your search for Star Wars sets by the sea.

Already Seville’s most impressive building, the Plaza de España was embellished almost beyond recognition when it became an opulent plaza in Theed on the planet Naboo, welcoming the arrival of Anakin and Padmé beneath its arches. Extended footage from Episode II: Attack of the Clones shows the original semi-circular structure digitally enhanced to a full circle and altered to feature green domes, extra fountains, bridges and spires. 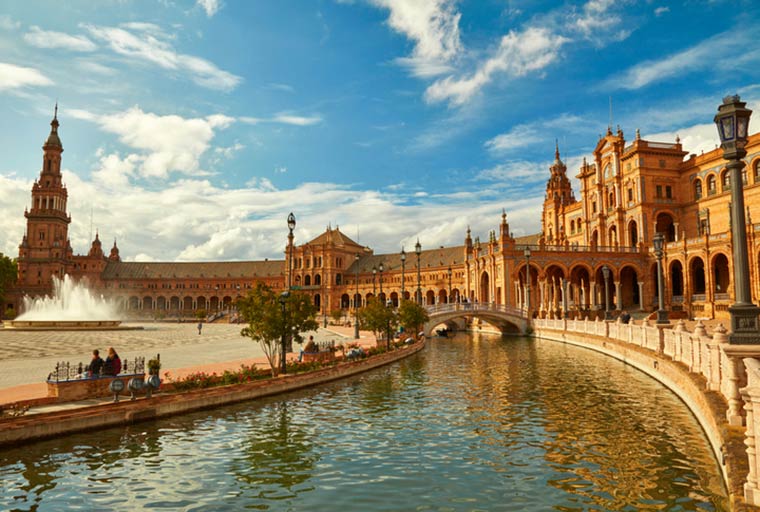 In Revenge of the Sith, this picturesque bay near Phuket served as Kashyyk, the lush homeland of the Wookiees in the Star Wars universe. You can almost imagine Chewbacca and his pals roaming the tropical national park in search of wood to turn into ships and tools. They must have been mighty warm with all that hair… 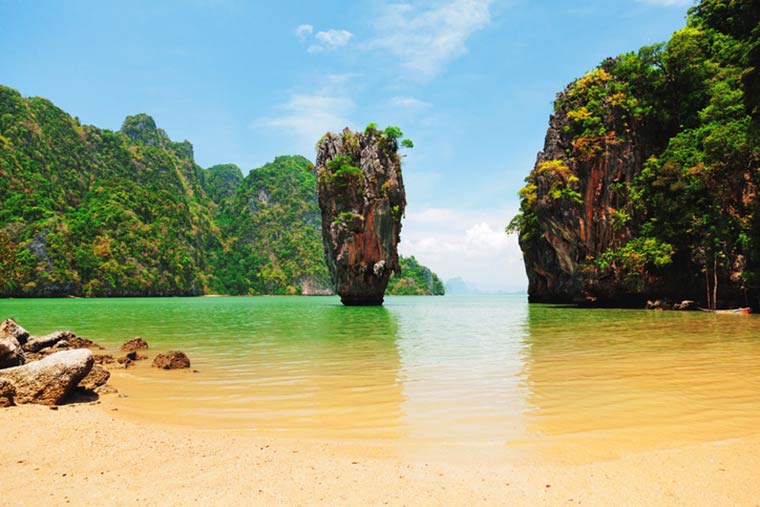 Battlefield scenes in The Empire Strikes Back were filmed on the Hardangerjøkulen glacier, while the nearby town of Finse represented Hoth, a desolate land of snow and ice. It takes a seriously arduous hike to reach the glacier but there are some spectacular views of it from the Hardangervidda mountain plateau and the nearby Sysen Dam, both of which are offered as excursions from the cruise port of Eidfjord. 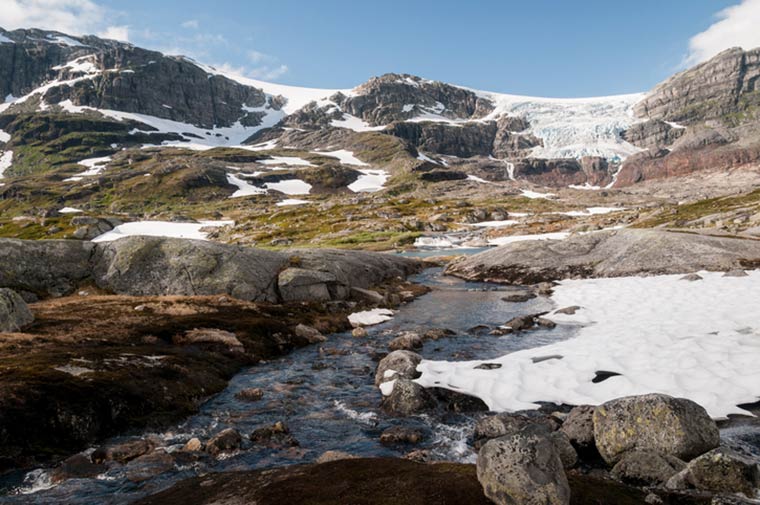 The lava seen on screen during Obi-Wan and Anakin’s battle on the planet of Mustafar was more real than you might expect. Sicily’s Mount Etna just so happened to erupt while Revenge of the Sith was being filmed and while no scenes were shot at the volcano for obvious reasons, cinematographers did record footage of the eruption for use in the film. 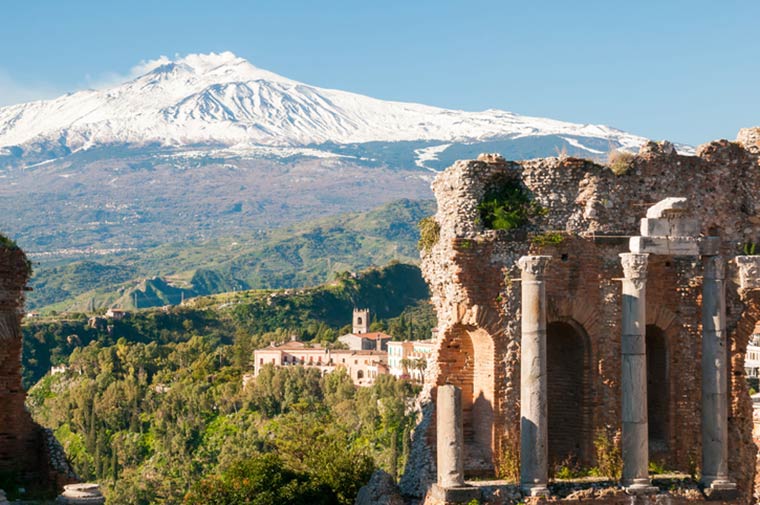 Landscapes are often described as ‘lunar-like’ but few have actually replicated the moon in the movies. Funnily enough, Wadi Rum means ‘The Valley of the Moon’ in Arabic, so there should be little surprise that the barren desert fit the bill as the moon of Jedha, the spiritual home of the Jedi in Rogue One. 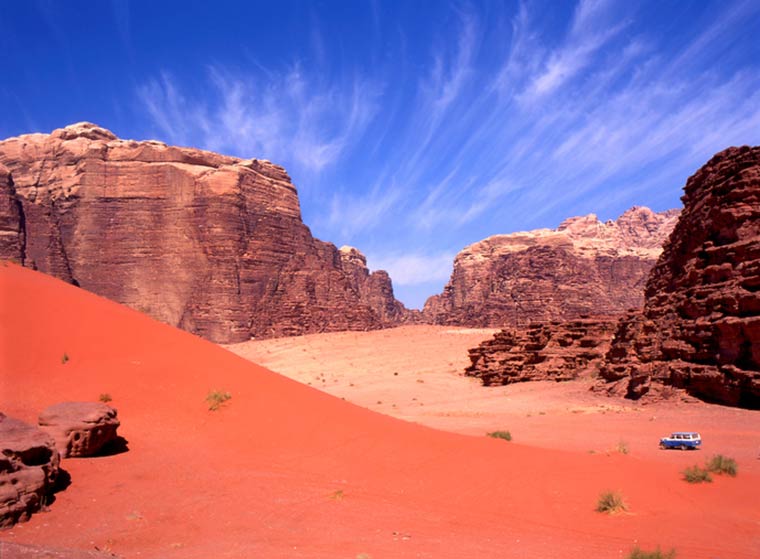 Many expected filming to return to Jordan for The Force Awakens but it was instead relocated to the Rub’ al Khali Desert, also known as the Empty Quarter. The desert is the largest on earth but the spot where Star Wars scenes were filmed is just a couple of hours outside Abu Dhabi, so keep your eyes peeled next time a camel safari excursion on your Arabian Gulf cruise takes you to the sandpit. 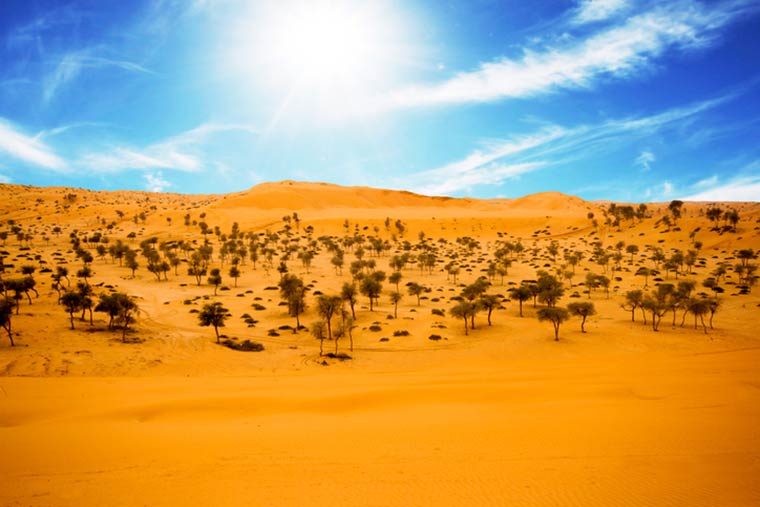