Ten of the Most Colourful Places in the World

Today is universally known as Blue Monday – the most depressing day of the whole year. Since we failed in our mission to get the day certified as an official bank holiday, we thought we would do the next best thing and try to inject a little colour into the year’s greyest day instead. Make a brew, get comfortable and brighten your Blue Monday with ten of the most colourful places in the world. And remember, every Monday morning means you’re one week closer to that summer holiday!

The rainbow-hued houses are the star attraction of this island town in the Venice lagoons. Red, green, yellow and blue facades are reflected in the emerald waters that snake through the island, making for Instagram opportunities galore. The house of Bepi Suà is the most famous of all, thanks to an array of multi-coloured geometric designs that decorate its exterior. 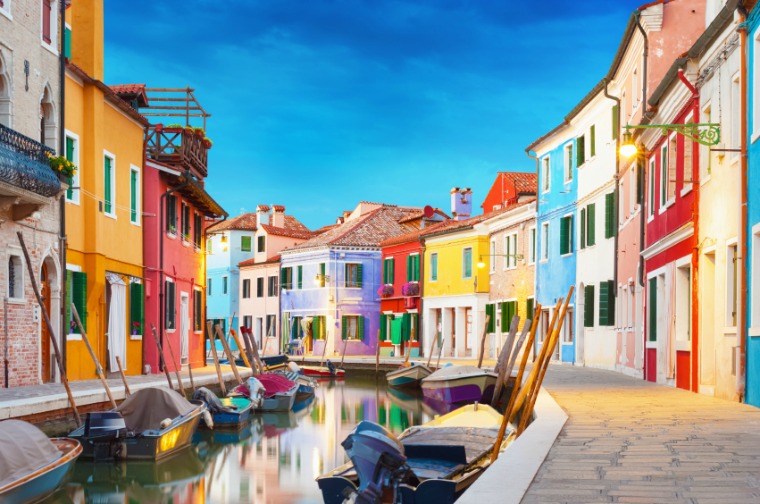 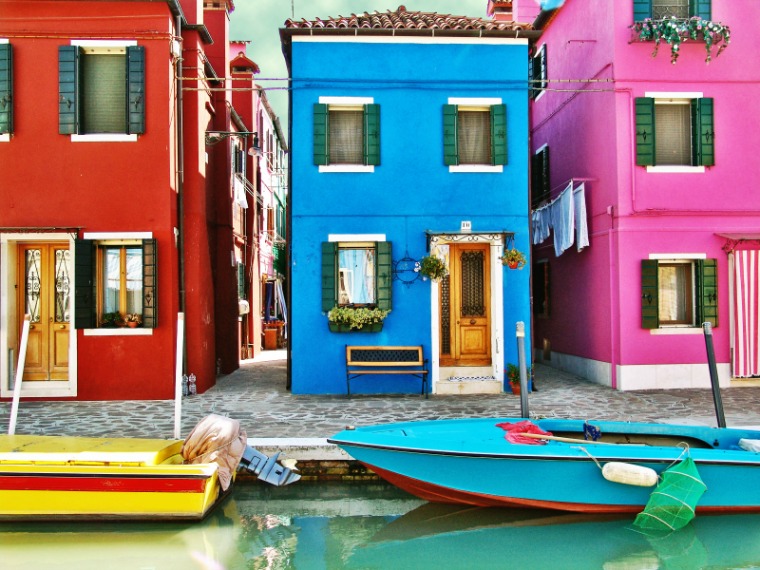 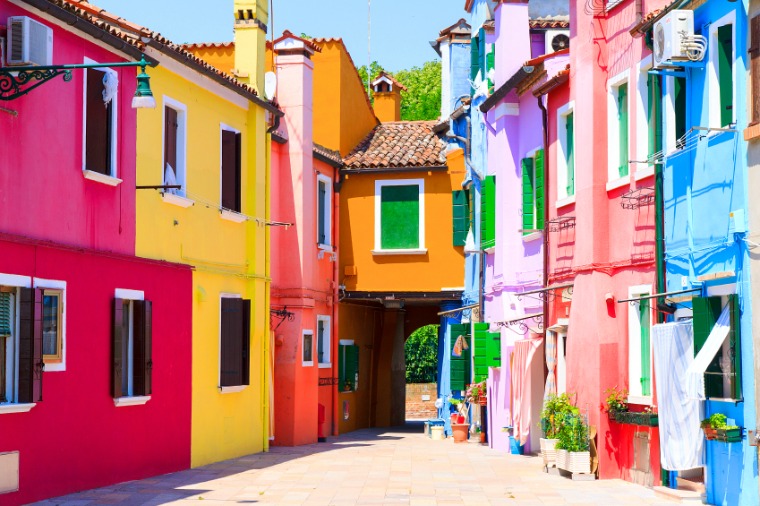 From late June to early August, the rolling lavender fields of Provence are in full bloom. Plateau de Sault and Plateau de Valensole are two of the largest culminations in the region, the unmistakeable scent of lavender tainting the air as your brush past the lavender bushes on a bike trip through the regions. The most famous lavender field of all is undoubtedly that which stretches before the Abbaye de Senanque, a picturesque church still occupied by Cistercian monks. 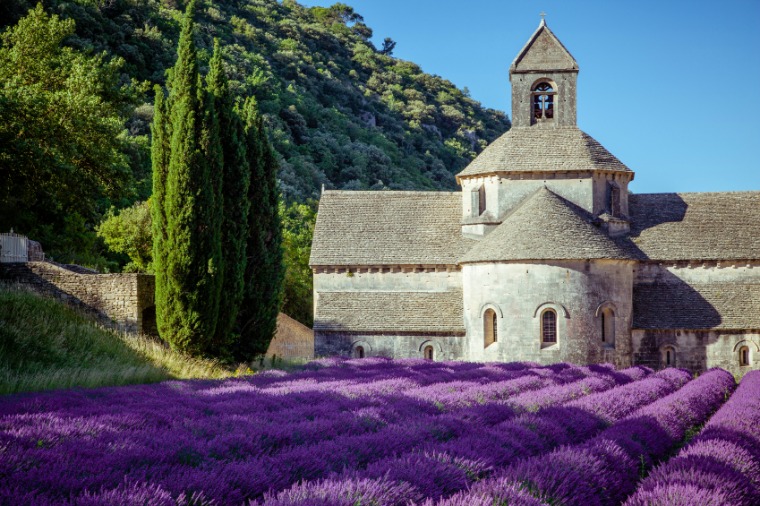 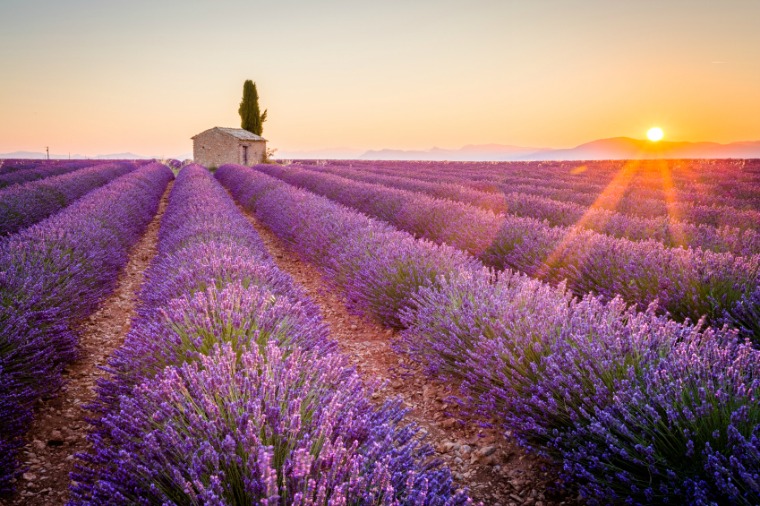 Those who have experienced a ‘Tulip Time’ river cruise will know of the array of colours that paint the fields of the Netherlands each spring. From mid-March to the end of May, tulips in various shades of red, yellow and orange set the fields ablaze in a patchwork of colour. The world-famous Keukenhof is the best place to see the spectacle and welcomes an incredible 800,000 visitors in the short eight weeks it is open each year. Seven million flower bulbs are planted here annually, with flowers on display including tulips, hyacinths, daffodils, orchids, roses, carnations, lilies and irises. 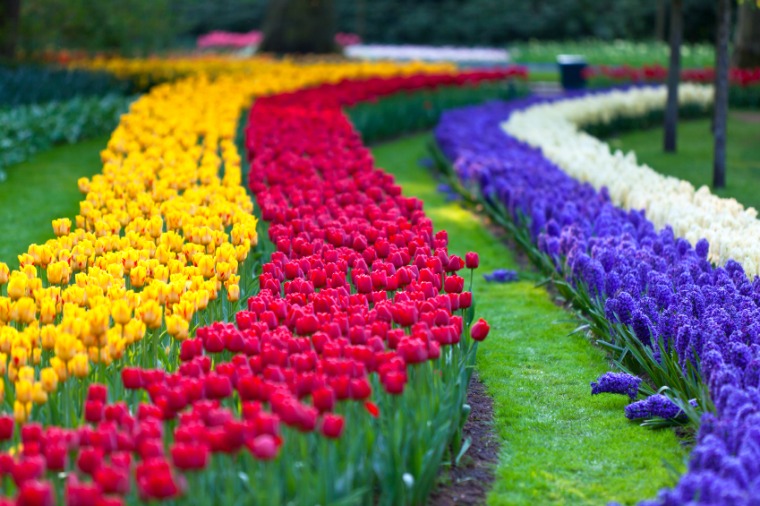 The blue-rinsed mountain village of Chefchaouen contrasts against the green peaks of the Rif Mountains beneath which it sits. Everything from the sweeping staircases to the minute alleyways and the stone abodes is the same shade of blue here, a result of Moorish and Jewish influences following the Spanish requisition of the 15th century. Shots of colour are scattered amongst the blue-washed surroundings, from hessian sacks full of vibrant henna dye to hand-woven blankets and rugs that serve as souvenirs you’ll actually want to display once home. 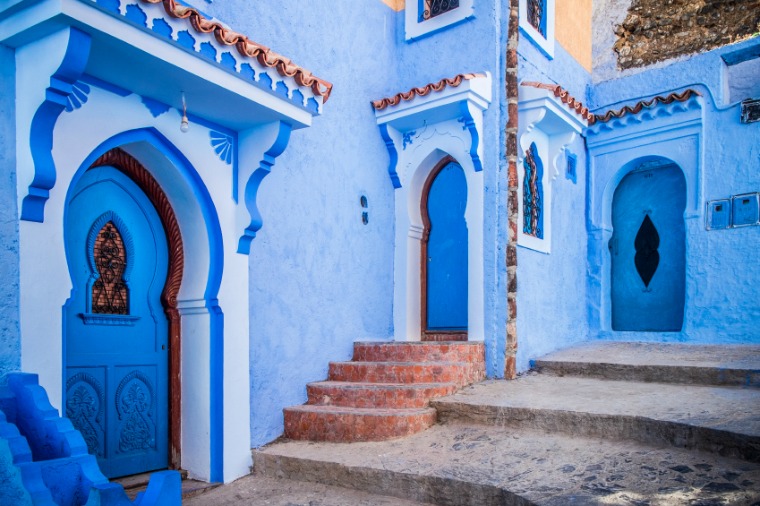 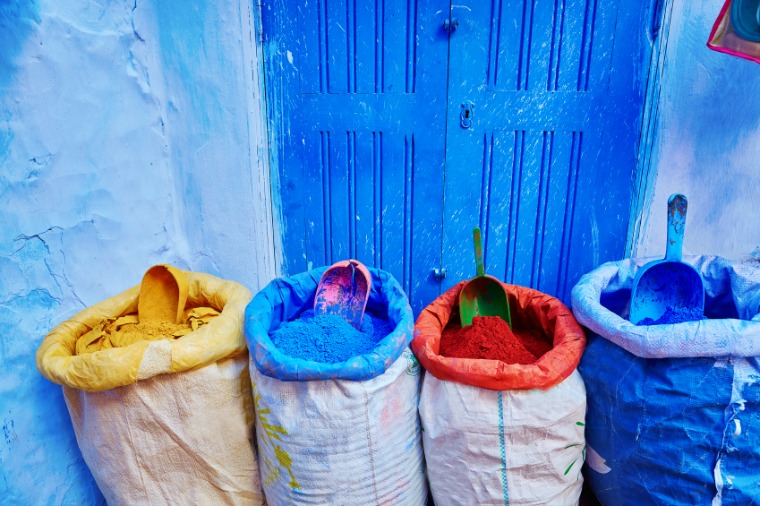 This township sits at the foot of Cape Town’s Signal Hill and is South Africa’s most colourful suburb. Some say the bright two-storey houses that line the steep streets are the result of a celebration at the end of apartheid, whilst others insist that Muslim residents began painting their homes in celebration of Eid. Either way, the result is a must-see when in Cape Town. 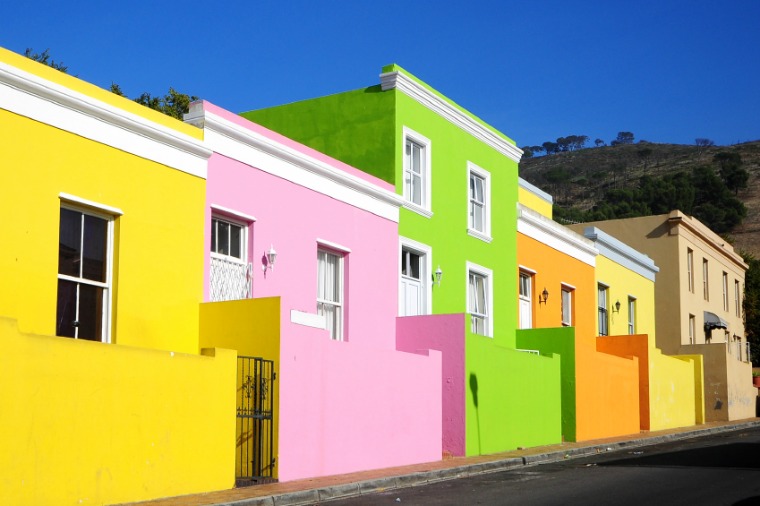 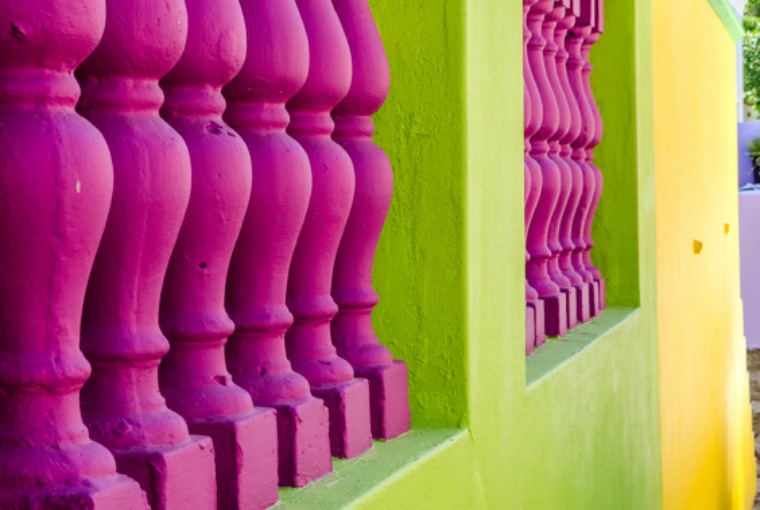 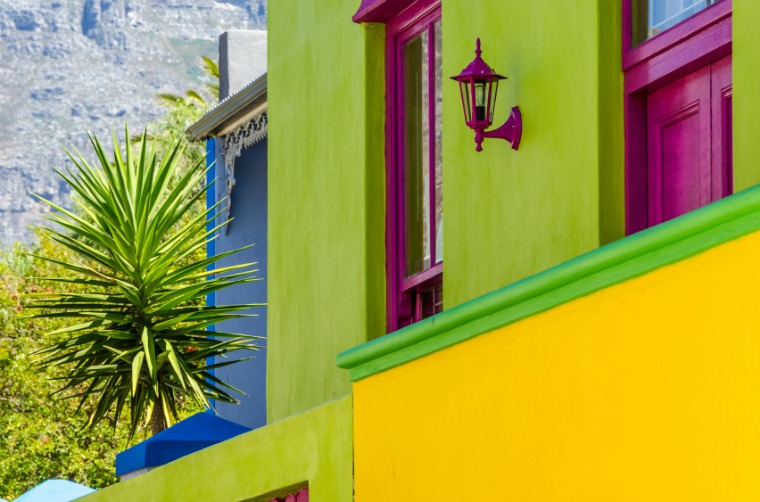 A string of five seaside villages make up the Cinque Terre: Monterosso, Vernazza, Corniglia, Manarola and Riomaggiore. This picturesque spot on the Italian Riviera coastline has been a UNESCO World Heritage Site since 1997 and is even more spectacular in person than it is on photographs. Pastel terraces cling to near-vertical cliff sides, the blue of the Mediterranean Sea lapping at their feet. 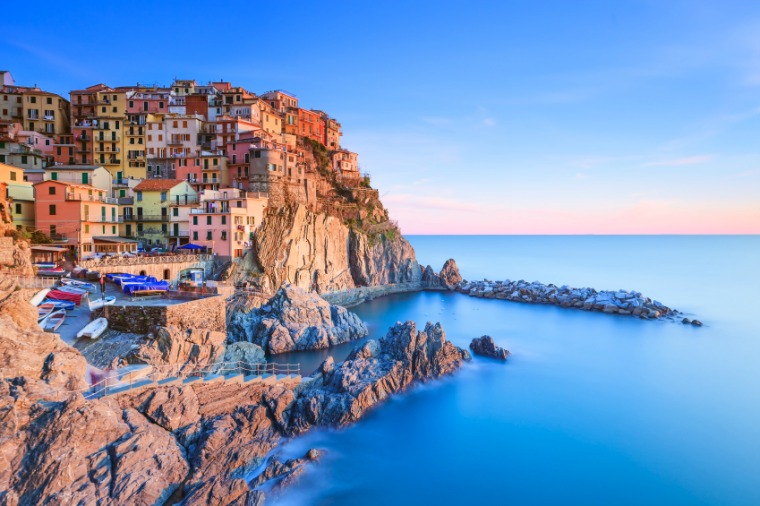 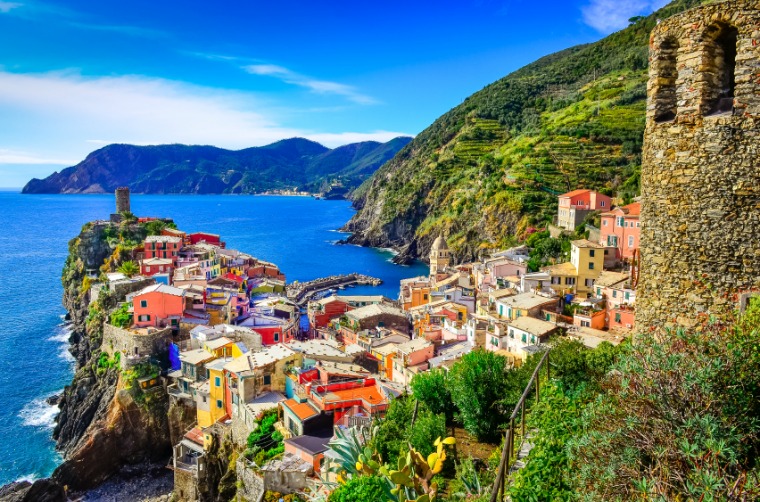 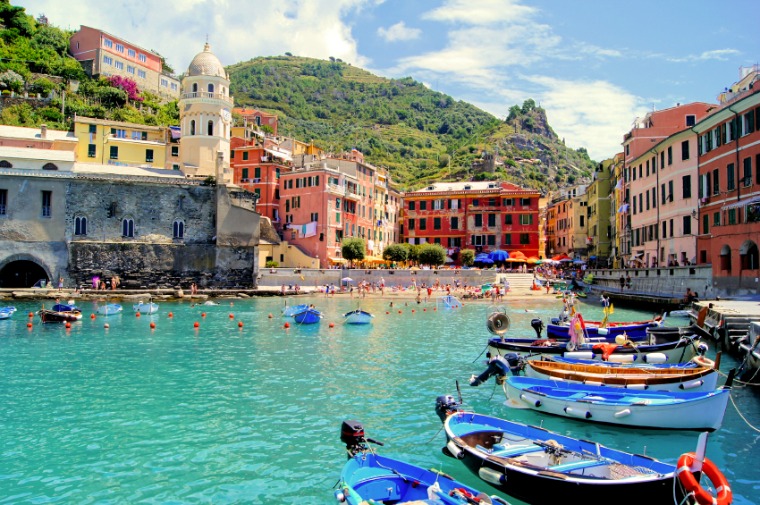 The boat-filled docks of Copenhagen are flanked by painted mansion houses that bring some colour to cold Nordic winters. Nyhavn is home to one of Scandinavia’s most colourful and iconic strolls, and it is easy to see where the waterfront town’s most famous resident, Hans Christian Andersen, found his inspiration for all of those fairy tales. 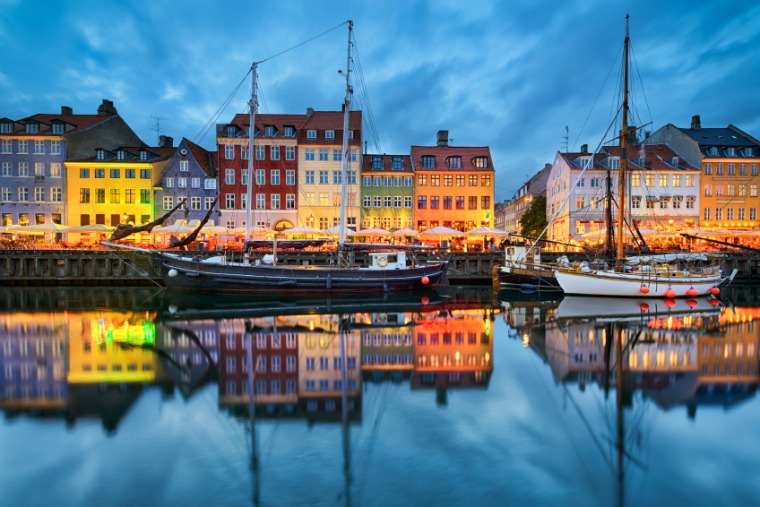 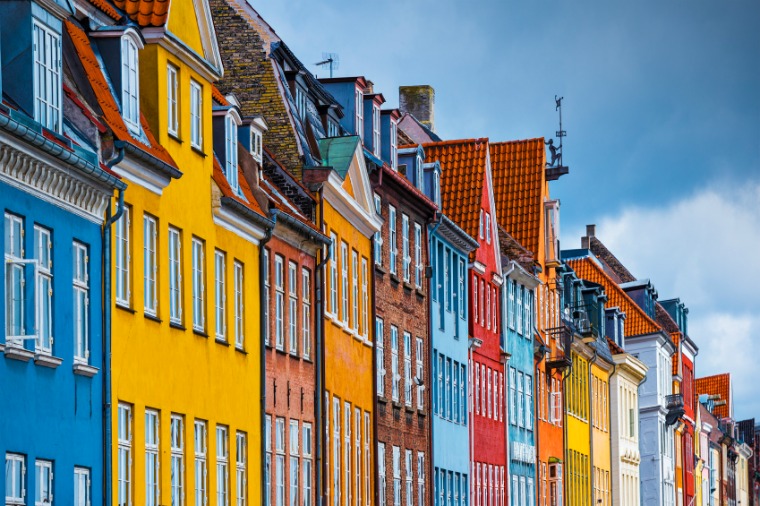 Think of Cuba and the chances are you’ll picture streets lined with peeling facades in ice-cream shades, classic Fifties cars complementing the colour scheme. Thanks to Art Deco and colonial influences, plus the bold blue of the ocean that laps immaculate white beaches, Cuba is every bit as colourful as you would expect. 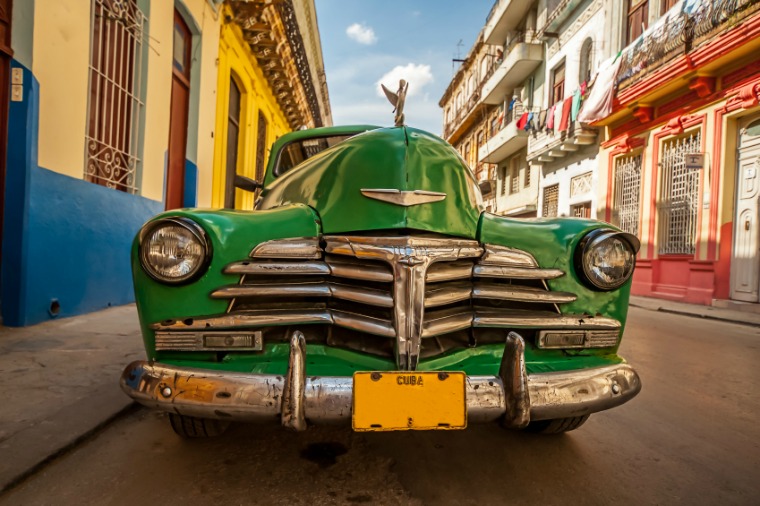 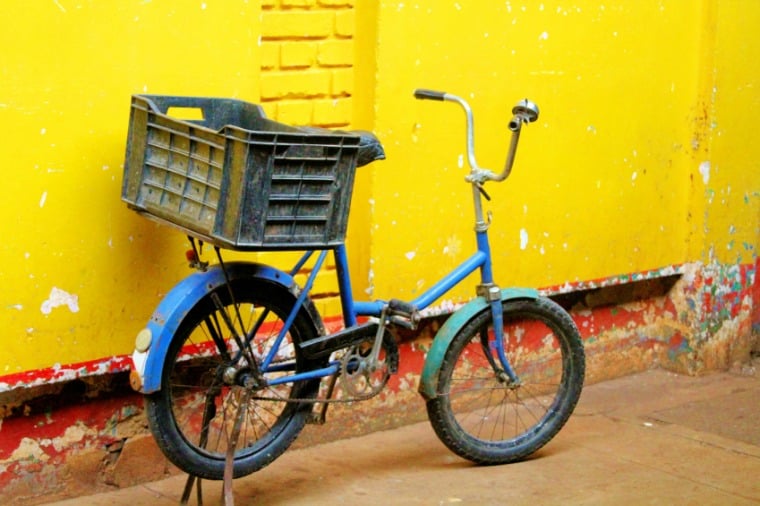 Once known as the world’s hippie headquarters, San Francisco’s infamous Haight Street is as psychedelic now as it was back in 1967, when George Harrison strolled its walkways followed by his Flower Children during the Summer of Love. Its past is as colourful as its surrounds, thanks to residents who have included the Hells Angels, Janis Joplin, Jimi Hendrix and The Grateful Dead over the years, and the walls remain emblazoned with a heady mix of rock star murals, tie dye paint jobs and plus-sized peace signs. 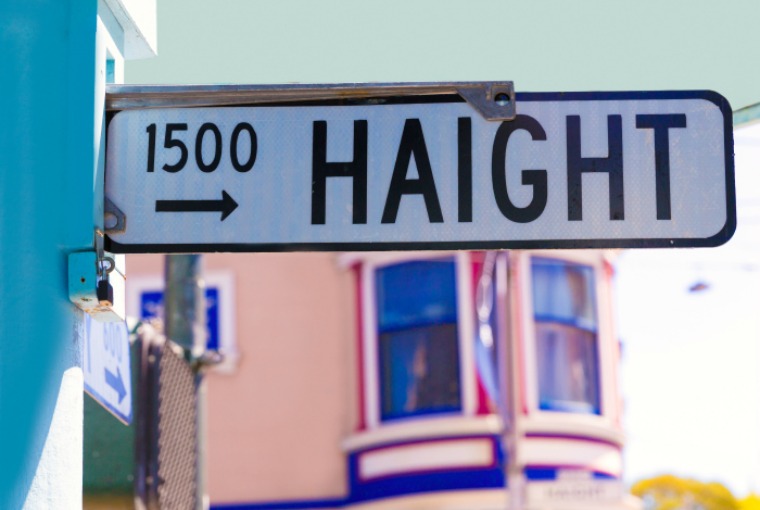 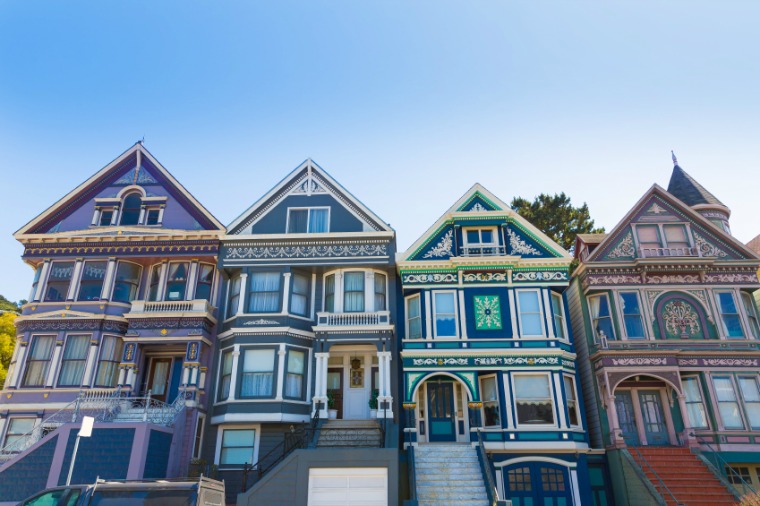 The 2,900 reefs and 900 islands that make up the Great Barrier Reef are home to flora and fauna of every breed and every hue. Every colour of the rainbow is represented by the 400 corals that thrive here, the colour spectrum completed by countless red sea urchins, orange clown fish, purple surgeon fish and the multi-coloured parrotfish, to name but a few. 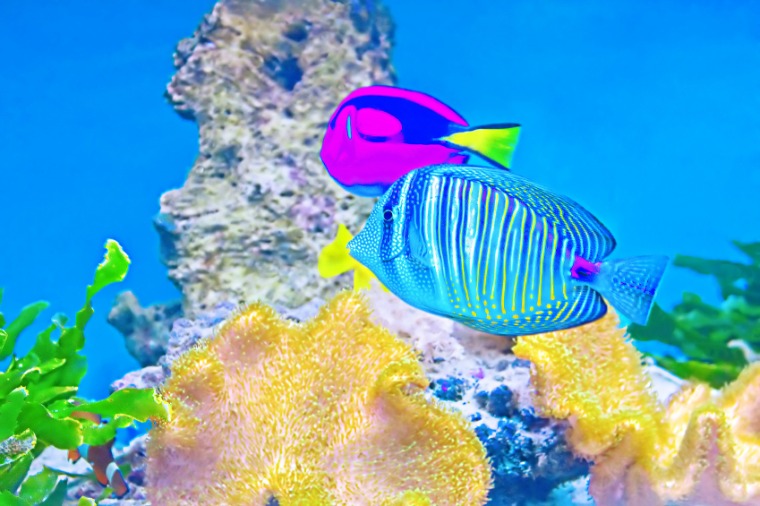 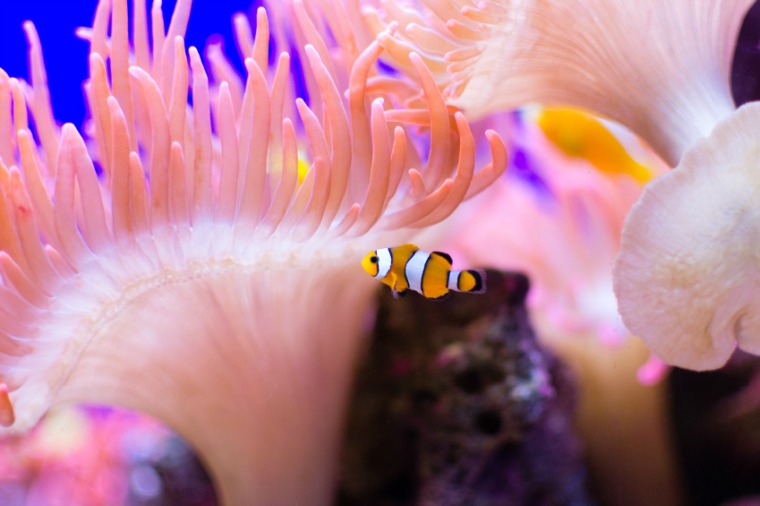 Which of the world’s most colourful places have you visited and which are still on your list? Let us know!