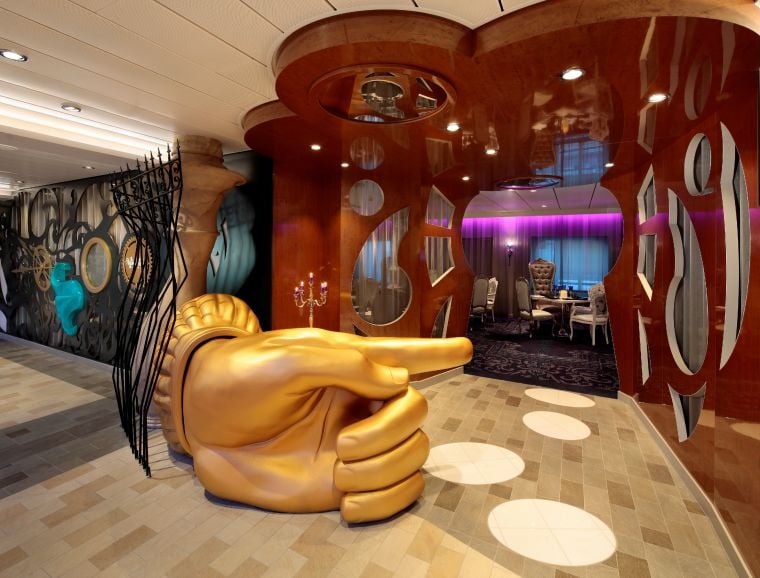 Last week we took you on a culinary quest to find the coolest restaurants in the world. With our appetite whetted, we decided to turn our attention to the coolest cruise ship restaurants.

Here are our top five coolest cruise ship restaurants…not all of them quite as they seem!

What is real and what is imagined blur into one at Wonderland; one of eighteen dining venues on board Royal Caribbean’s newest ship, Quantum of the Seas.

An Alice in Wonderland inspired experience takes diners on an eccentric adventure through ‘themes’ rather than courses, with an intriguing menu divided into elements of Sun, Ice, Fire, Water, Earth and finally dessert Dreams. ‘From the depths of imagination comes a feast for the senses’ is the official moniker for the unconventional eatery, as molecular gastronomy, and cocktails by a former mixologist for The Bellagio in Las Vegas, combine into one amazing experience.

The menu must be seen to be believed, but dishes include Baby Vegetables in the Garden (with soil and pebbles, naturally) and Liquid Lobster with Bone Marrow and Caviar. Our cocktail of choice is the Cotton Candytini; a glass of candyfloss which melts away when you gently pour over the alcoholic component. 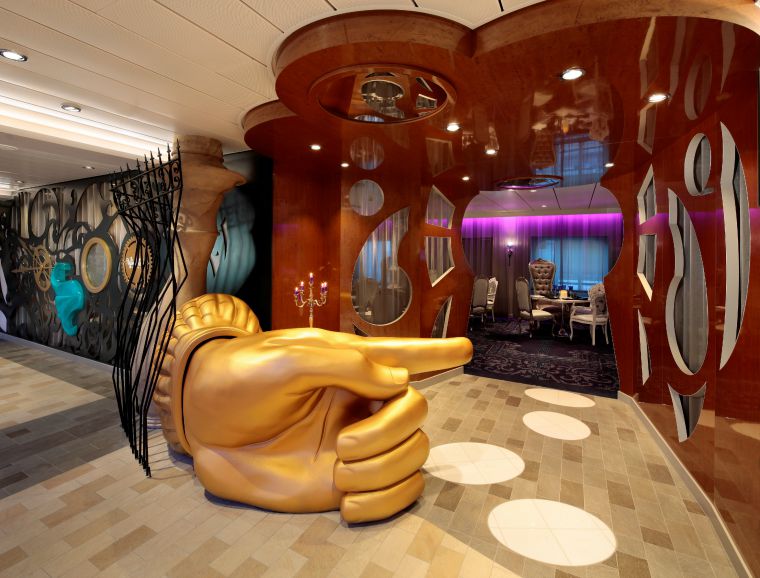 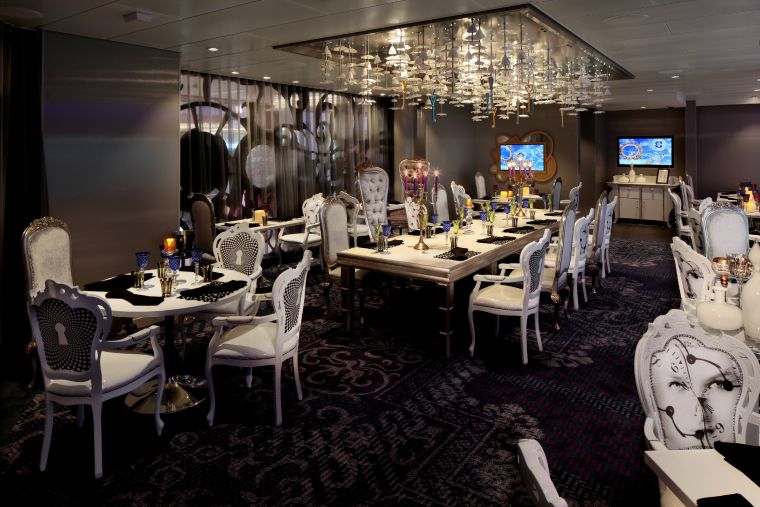 The great Madonna once said ‘You can tell how much fun a city is going to be if Nobu has a restaurant in it’. The Queen of Pop isn’t the only Nobu fan in Hollywood; the famed eatery is a veritable magnet for the rich and famous.

Master Chef Nobuyuki Matsuhisa partnered with Robert de Niro to launch the very first Nobu in Tribeca, New York in 1993, and the rest is history. The critically acclaimed restaurant  now has branches around the world, including Los Angeles, Milan, London, Dallas, Tokyo, Dubai and Hong Kong, to name but a few. Further still, 2003 saw Nobu bring Japanese-Peruvian cuisine to the seas, on board Crystal Symphony and Crystal Serenity.

The delectable menu includes Nobu’s signature dishes, alongside more specially created for the Silk Road and The Sushi Bar alike. 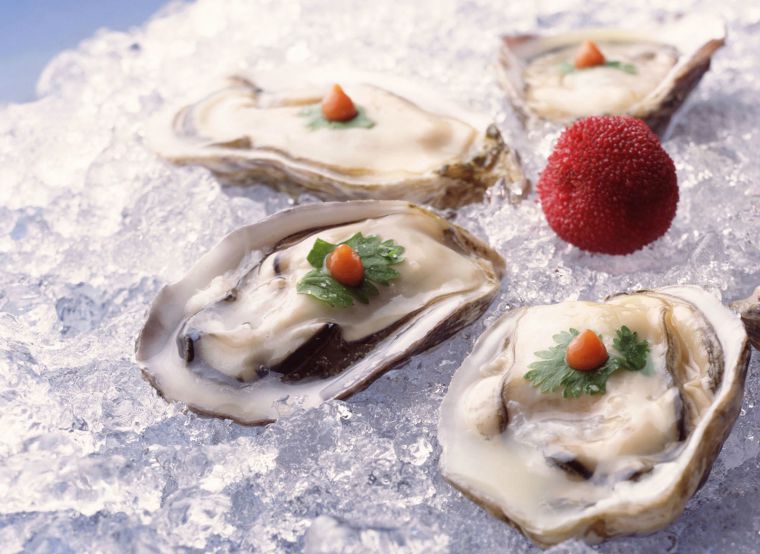 From an iPad menu to a puzzle cube dessert list; Qsine certainly delivers a break from the norm. Unexpected twists on familiar favourites are promised at this Celebrity Cruises speciality restaurant; a wildly popular venue on board Celebrity Eclipse, Celebrity Infinity, Celebrity Silhouette, Celebrity Summit, Celebrity Millennium and Celebrity Reflection.

You will experience a culinary journey quite unlike any other, with Master Chef James Beard creating the likes of Disco Shrimp, Sushi Lollipops and Chintini’s (Chinese Martini’s, obviously…)

Familiar ingredients are delivered in a way you’ve never seen before; ‘Painter’s Mignon’ sees fillet mignon served on an artist’s palette with sides in paint pots, while ‘The Cupcake Affair’ consists of a lunchbox filled with ice-your-own-cupcakes and enough sprinkles and icing to sink a ship.

You might have spent your childhood being told off for playing with your food, but on Qsine it is a must. 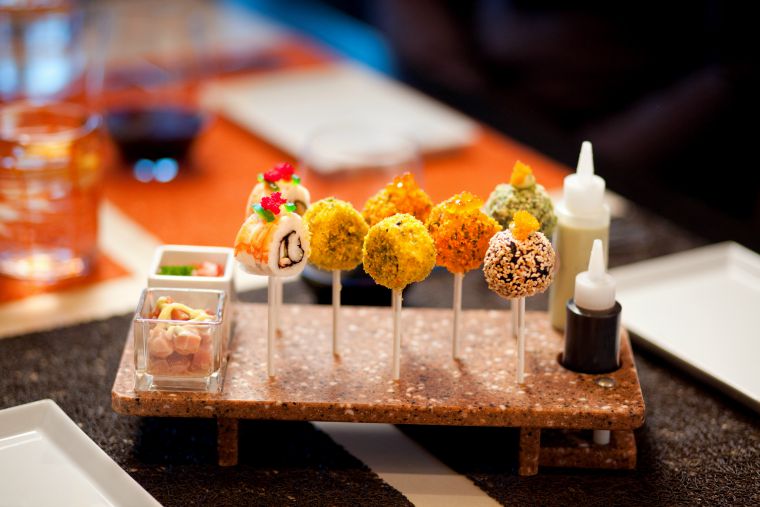 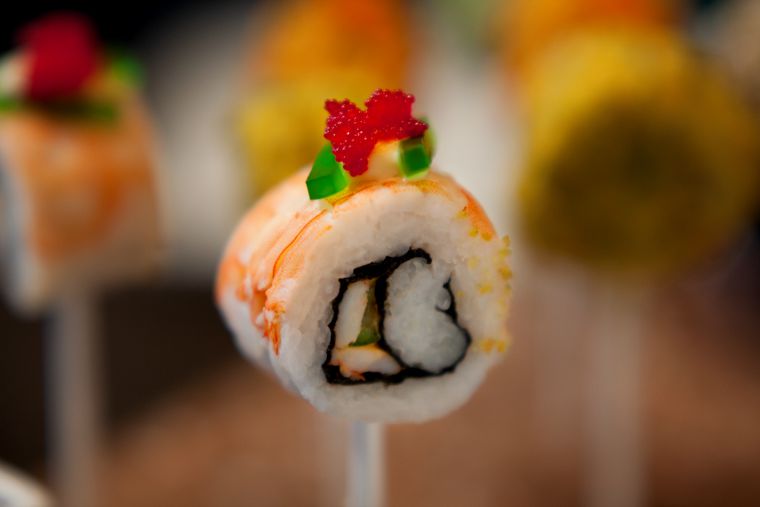 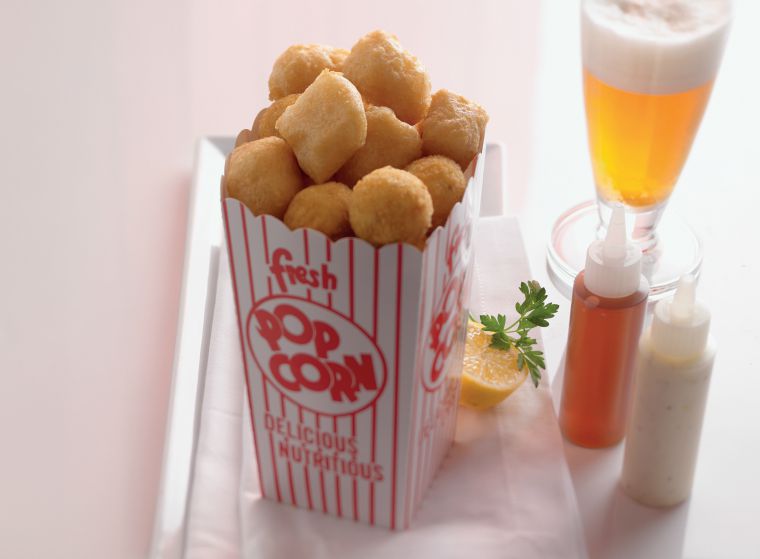 Atul Kochhar’s ‘East’ may be less ‘out there’ than some of the restaurants previously mentioned, but his unique fusion flavours are seriously cool and definitely warrant a place in our top five.

After becoming the first Indian chef ever to obtain a Michelin star, Atul Kochhar has since gained a second, this time for the critically acclaimed Benares in London’s Mayfair. Bringing his unique palette to P&O Cruises’ Ventura, Atul fuses flavours from the Far East with the finest ingredients. Burmese Fillet of Beef with Pad Thai is a must-taste, while the 24 Hour Slow Cooked Lamb Rendang garners is often described as the best meal of a holiday. 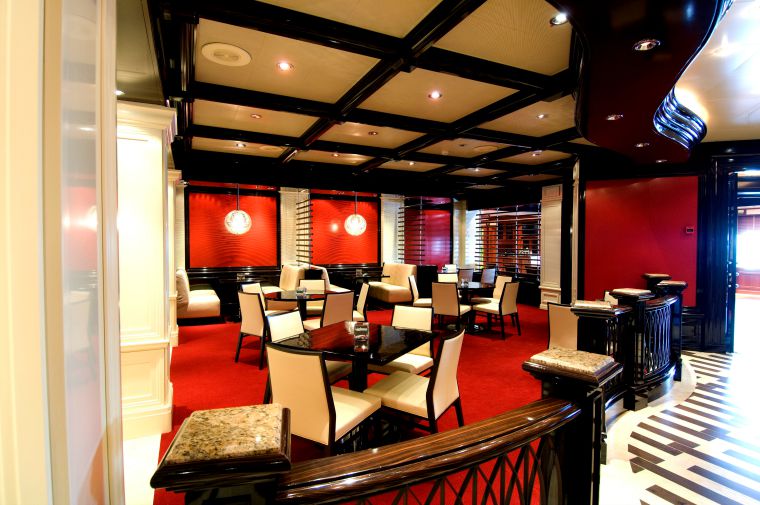 This may be our pick of the coolest cruise ship restaurants in the world, but we never actually said that they had to be on the seas!

The Sun Cruise Resort is indeed a cruise ship, a 30,000 ton cruise ship in fact, marooned on a cliff overlooking the ocean. While it may look as though it has run aground, the hotel was in fact built directly onto the cliff, and was designed especially to make the most of the incredible sunrise across the Sea of Japan; perhaps not the best choice for those who prefer a lay-in, The Sun Cruise Hotel even sounds a chime to alert guests 20 minutes before sunrise.

Qualifying for our ‘coolest cruise ship restaurants in the world’ title, the Sun Cruise Resort features not one, but six restaurants, all with uninterrupted ocean views and of course, karaoke. 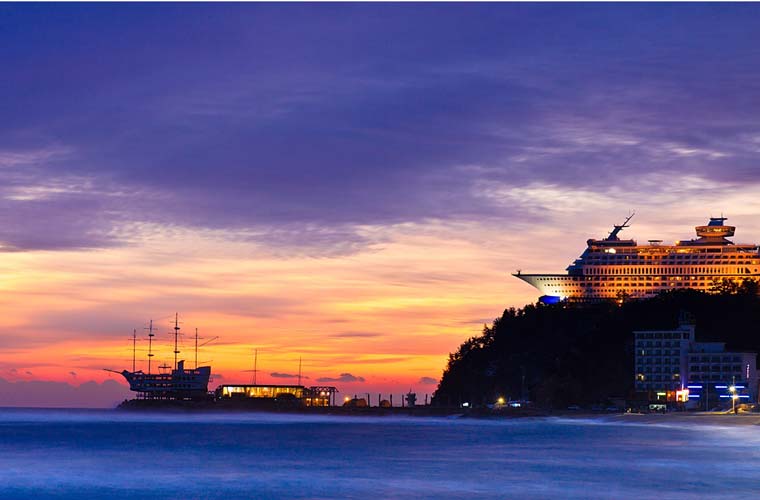