The History And Heritage Of Cunard Line

It’s an exciting time for Cunard Line, and for us cruise fanatics, as one of the world’s most prestigious cruise lines celebrates a number of important events during 2014 and 2015. This year, Cunard’s Queen Mary 2 celebrates her 10th anniversary with a special ‘birthday’ cruise doing what she does best – sailing transatlantic between Southampton and New York as the world’s largest ocean liner. This special voyage will focus heavily upon Cunard’s history, with special speakers including QM2 designer Stephen Payne, and former QM2 Commodore Ronald Warwick. The voyage departs Southampton on May 9th, so get your place booked now! 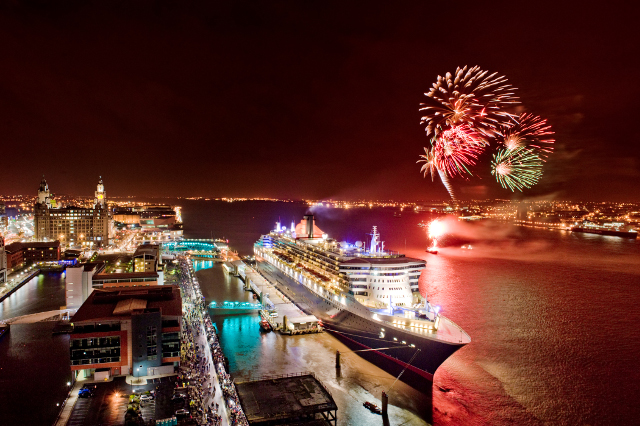 Next year is gearing up to be even more exciting. As the 175th anniversary of the Cunard Line, all three of Cunard’s current vessels, Queen Mary 2, Queen Elizabeth, and Queen Victoria, will sail into the Liverpool docks – the first time all three Queens will be seen together on the Mersey. Liverpool is an important city in terms of Cunard history, with the cruise line calling Liverpool home for 50 years between 1917 and 1967, and with early transatlantic sailings travelling between Liverpool and New York. With these once-in-a-lifetime events on the horizon, there has never been a better time to learn more about the origins of Cunard Line, and how it transformed from a mere Royal Mail transportation service to operating one of the largest and most luxurious ocean liners in the world. 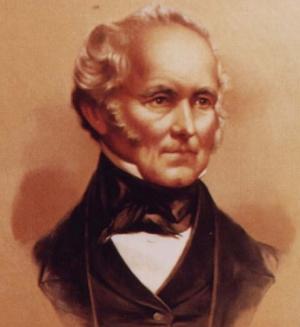 Back in the early 1800s, the British Government was operating mail ships running between Cornwall and New York – the fastest and most efficient way of delivering mail between the two continents in a pre-air travel society. However, to make the
service more profitable, the decision was made to reassign this service to a private shipping company. Numerous companies operating steamships offered their services, but all were turned down as they wouldn’t be able to commence service as quickly as desired. That’s when Samuel Cunard came along. Cunard would be able to commence service on time in 1840, and for a reasonable cost. The problem? Cunard currently had no ships to his name! With £55,000, Cunard sourced Unicorn from a Montreal company, and built three new ships, Britannia, Arcadia, and Caledonia, all of which operated services between Liverpool and Halifax.

It was in the 1850s that other companies began offering similar transatlantic services, and Cunard suddenly found himself struggling to stay ahead of the

competition – most of which were introducing bigger and better ships than ever before, arriving on the North American coast quicker than the 12 days Cunard could manage. Cunard was renowned for being quite stubborn and stuck in his ways, and while these competitors were making use of the latest technology, Cunard’s ships were stuck in the past. When Cunard died in 1865, nothing changed. His replacement, Charles MacIver, was equally as traditional and the prestigious White Star Line suddenly dominated the industry. However, the White Star Line appeared to be doomed, with the sinking of the Titanic in 1912, and two other ships destroyed during the war. The line was beginning to suffer, and eventually Cunard and White Star combined in an effort to keep both companies above water.

Combined, the new Cunard-White Star Line had an excess of ships, all of which were rather dated. Owning the majority of the company, two new ships were built under the Cunard name – the first of the Queens, Queen Mary and Queen Elizabeth – and many of the original White Star vessels were scrapped. White Star no longer held much interest, and Cunard eventually purchased their share of the company, once again becoming known as Cunard. The line thrived, buying a number of small shipping companies such as the Norwegian American Line and Ellerman Lines, and introducing new ships such as the Queen Elizabeth 2 which offered a new level of opulence in terms of sea travel. It’s really the QE2 that reinvented the cruise industry. With such luxurious staterooms and high quality facilities, more and more travellers were opting for sea travel over air travel, and Cunard Line saw a gap in the market.

In the early 1990s, Cunard Line decided to focus exclusively on passenger cruising, rather than trade, and all of the line’s cargo ships were sold. This decision solidified Cunard’s place within the luxury travel industry and the line was acquired by the Carnival Corporation in 1998 – a company that today oversees the running of Cunard, P&O, Carnival, Costa, Holland America, Seabourn and Princess Cruises, making it the largest cruise ship operator in the world.

As Cunard entered the 21st century as part of the Carnival Corporation, it began to reinvent itself to appeal to the current cruise market. Older ships were replaced, and the current Queens, Queen Mary 2, Queen Victoria, and Queen Elizabeth were built in 2004, 2007, and 2010 respectively. As a British-American company, Cunard had always had at least some of its ships registered in the UK. However, to meet evolving demands, registration was transferred to Bermuda to allow for on board weddings. What Samuel Cunard, a man of tradition, would think of these changes is anyone’s guess, but for cruise lovers around the world, these changes have only served to make sea travel more enjoyable, luxurious, and fascinating than ever before.

The 175th Grand Anniversary Celebration Cruises go on sale today from 1pm! You can still pre-register now – to see the cruises available and how to pre-register click here.