The New Movie Night: 7 of the World’s Best Outdoor Cinemas 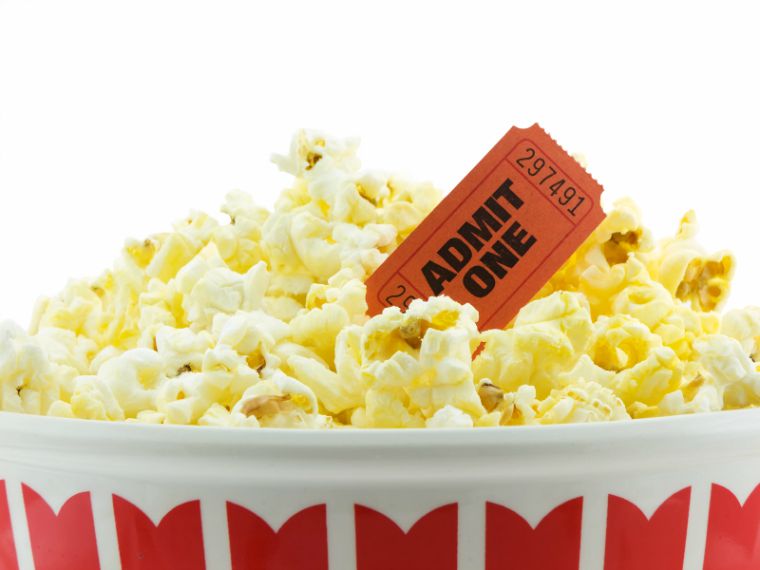 Summer brings all sorts of things; balmy weeknights spent in beer gardens, impromptu trips to the seaside with kids and dogs in tow, al fresco lunches that start in the garden and carry on into the night. While a dark, stuffy cinema certainly isn’t the place to spend a sultry summer evening, an outdoor one is another matter entirely.

Whether you’re looking for new ways to spend your evenings at home or planning something a little different for your evenings abroad, this is our pick of the best outdoor cinemas in the world. 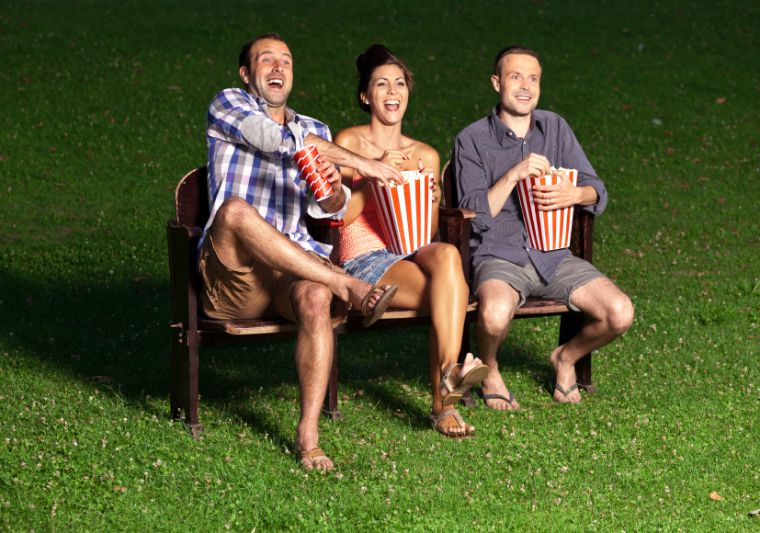 The Hollywood Forever Cemetery is the final resting place of many a movie star, yet it still stands out as a somewhat unconventional setting for movie night at Cinespia. That said, an evening spent surrounded by LA’s iconic skyline and lilac-orange skies is an unmissable one.

Head to the famous spot on Santa Monica Boulevard and lay your picnic out on Fairbanks Lawn; the crowds bring plenty of food, wine and beer to see them through not only the movie showing, but the DJ sets that bookend it. Classics including The Virgin Suicides and Pee-Wee’s Big Adventure appeal to the too-cool-to-care crowd, with the occasional film star, director or producer even dropping by. 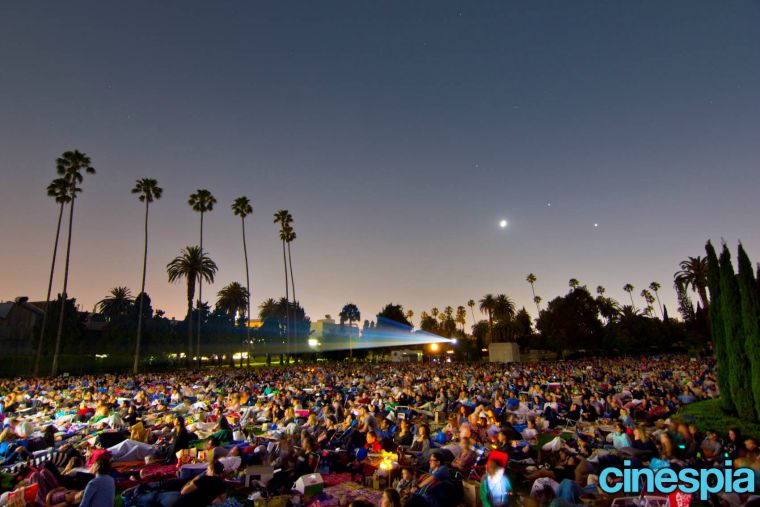 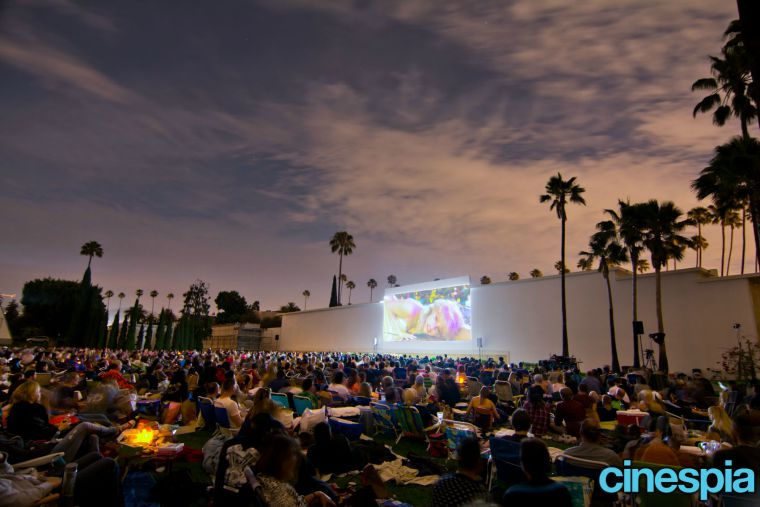 Sydney Harbour has played its part in plenty of opening sequences but the St George OpenAir Theatre is a chance to see the city in a whole new light. Thousands of people set up camp beneath the 350m screen, with the Harbour Bridge and Opera House lighting up the skyline beyond. Great food, good wine and new release films come together to put on quite the show for natives and visitors alike.

If you’re looking for one to stick on the bucket list, watching a movie between the soaring 300-foot monoliths of Colorado’s Ship Rock and Creation Mountain is a good place to start. Spectacular is a word thrown about with much abandon, but this natural amphitheatre certainly fits the bill. A live concert and comedian start proceedings, before the night’s chosen cult-classic takes to the screen. If you can get over the scenery for long enough to enjoy the movie, you’re in for quite the experience. 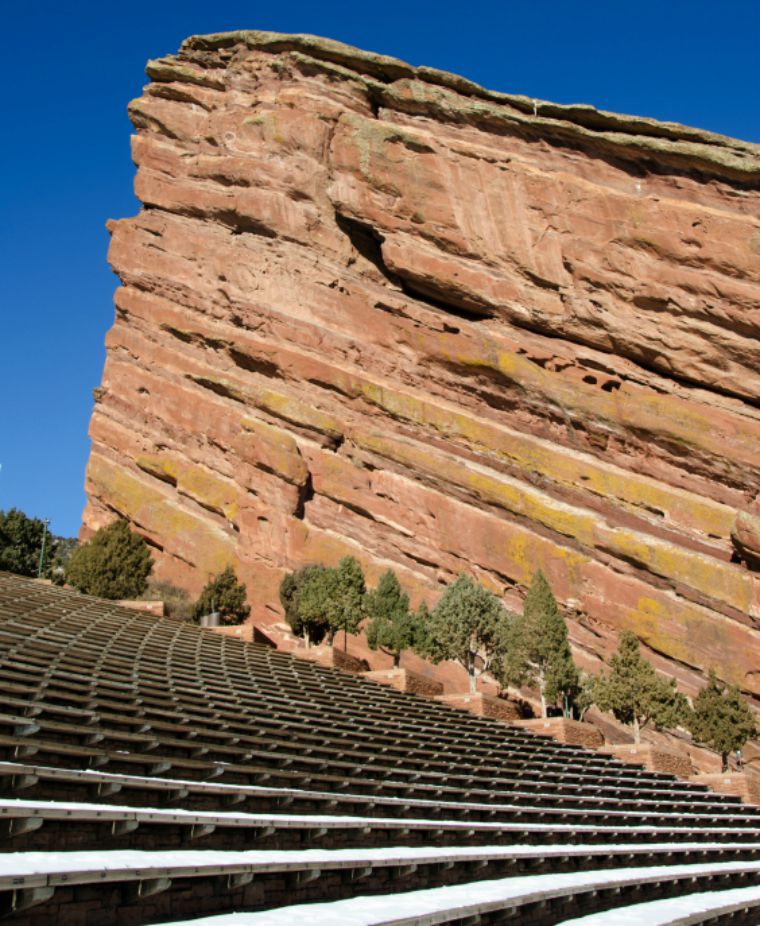 One of the world’s best outdoor cinemas can be found closer to home, in Camden to be precise. What started out in a garden with second-hand sofas and a DIY screen, has grown to become one of London’s hottest summer spots. The idea is for guests to feel like they’ve been personally invited to a backyard cinema showing in someone’s garden, but the surroundings and service make it difficult to forget that you’re somewhere altogether more special than your mate Mark’s pad.

Giant bean bags, deckchairs and sofas make up the seating arrangements, with ushers serving gourmet burgers, cocktails and craft beers throughout the showing. The iconic Camden Lock hosts mainstream movie hits, whilst a secret garden hidden behind Camden Market runs more indie offerings. If you’re looking for ways to spend summer in London, Backyard Cinema needs to be on your list.

Monaco has a reputation for glitz and glamour, but the Monaco Open Air Cinema shows off a more quaint and rustic side to the destination. From June to September, the Rock of Monaco is illuminated with a different movie each evening, and at 11€ each it is one of the best value ways to spend a night. The rock face and Prince Monaco’s 12th century palace provide a mesmerising backdrop behind the screen, while the Mediterranean Sea stretches as far as the eye can see in the opposite direction. Trying to keep your eyes on the screen is a task in itself.

The Greek island of Santorini is one of the most beautiful destinations in the world and its whitewashed and blue-domed architecture attracts the crowds year after year. Visitors and locals alike convene at Cine Kamari; an outdoor cinema that has been on the island since 1987.

Cine Kamari’s idyllic secret garden location is surrounded by awe-inspiring architecture and highlighted by the softest and most romantic of lighting. The 8€ to watch a movie here will be the best 8€ you spend all year, never mind all holiday.

Built in 1935, Cine Thisio has even more history behind it than its counterpart Cine Kamari. The oldest amphitheatre in Athens sits in the foreground of the Acropolis and the Parthenon, hidden away in a garden shrouded in trees. Red chairs line up beneath the screen, with tables placed at regular intervals for resting those cool drinks that never tasted better than when enjoyed on a hot Greek summer’s evening. 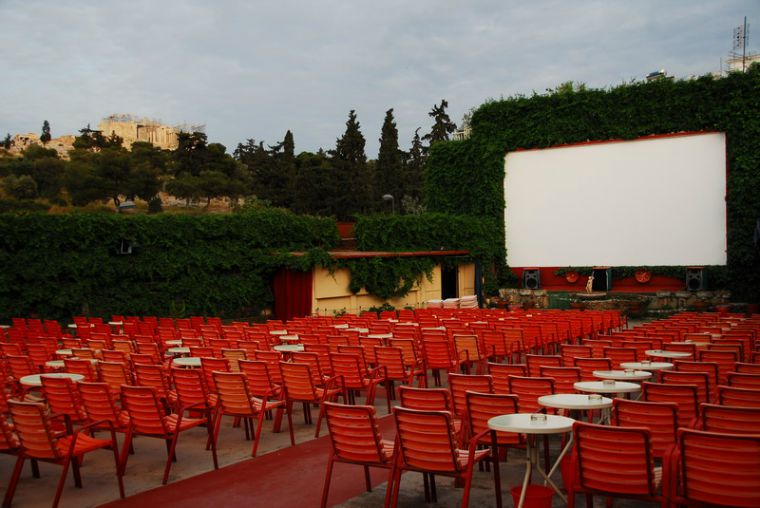 Have you got an outdoor cinema screening on your summer must-do list?