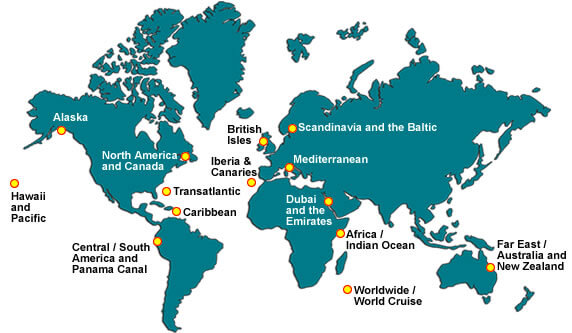 A common misconception surrounding cruising is that many routes only take in the Caribbean and Mediterranean, but in truth, if a destination lies on the coast, then it’s always possible to find a cruise itinerary that travels there!

The reason for this misunderstanding is that the Mediterranean and Caribbean are two regions which really dominate the cruise industry due to their fine weather and easy access from Europe and the Americas, but you can actually see the whole world by cruise ship if you wanted to. World cruise ports are often visited as part of a regional fly-cruise, or as part of a round-the-world cruise offered by various cruise lines which typically last anywhere from around 40 to well over 100 nights.

These cruises are the ultimate in luxury and relaxation, and they’re certainly an indulgent, convenient way to see the world without flying. Here are 6 of the best destinations you can visit on a world cruise: 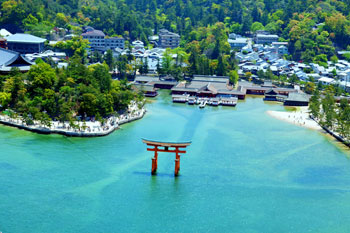 While in the Far East, many travellers choose to visit Tokyo, one of the most futuristic, bizarre, and truly amazing cities in the world, but that’s not all Japan has to offer. Hiroshima is a much quieter, more peaceful port, and is often visited in between visits to Hong Kong and Shanghai.

Hiroshima is, of course, known for the A-Bomb, and the museum is well worth a visit. It costs mere pennies to get in, and the artifacts recovered from the region are fascinating, including permanent shadows of Hiroshima residents burnt into rocks. The museum overlooks Peace Park, which is a wonderful green space in the city, and home to the skeleton of the Genbaku Dome, commonly called the A-Bomb dome today.

Hiroshima is quite a traditional city, contrasting well with Tokyo and this is evident by the streetcar-style tram – the main public transport in the city – the Hiroshima Castle, and the Gokoku Shrine. While in Hiroshima, you must sample the local dish – okonomiyaki – a cross between a pizza and a pancake made with mounds of shredded cabbage. Delicious!

While there’s many, many reasons to visit New Zealand, two of the most popular reasons are stunning scenery and good wines; Wellington has both! Wellington, on the south shore of New Zealand’s north island, is often visited between stops in Australia and the Pacific islands, or the west coast of the United States.

To get the best views of the city, walk along the coastline from Aotea Quay, where you’ll be docked, to Lambton Quay (it’s just over a mile), and hop on the cable car.

From the lookout point at the botanical gardens, you’ll be presented with unrivalled views and perfect opportunities for taking photographs across the city. If your cruise line allows you to pick up wines in port, you can’t miss the chance to grab a few bottles of New Zealand’s finest. Merlot and Chardonnay grapes are grown in abundance here and the ideal weather conditions makes for a unique taste! 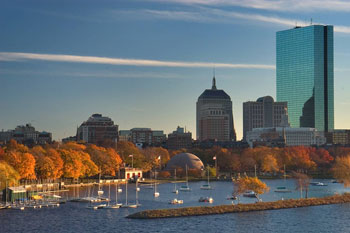 Boston is a popular port that’s often visited following a transatlantic crossing from Europe, or as a stop in between New York and Canada. Ships dock on the Boston waterfront, which is ideal as this is arguably the most interesting part of the city.

If you’re travelling with children, you absolutely have to visit Boston. Right on the waterfront is the New England Aquarium that’s home to one of the largest indoor tanks in the world, containing 200,000 gallons of water and a whopping 2,000 different animals and fish. You could spend all day here, but don’t forget to check out some other areas of interest around the port area, including touring the USS Constitution – the oldest warship that’s still floating – and stopping in to the Faneuil Hall Marketplace for some classic New England clam chowder, or ‘chowda’ as the locals say! 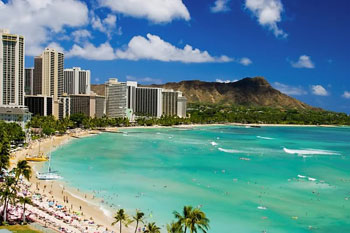 Is there anywhere more luxurious than the Hawaiian Islands? They’re the perfect place to relax and unwind, with beautiful beaches, glorious weather, swaying palm trees, and, of course, plenty of ice cool cocktails. Ships often stop by the Hawaiian Islands when travelling between Australia and Los Angeles or San Diego, and Honolulu in particular is a popular port.

You’ll probably dock near the Aloha Tower Marketplace; about 4 miles north of the world famous Waikiki Beach, so hop in a taxi or book a shuttle through your cruise line excursion desk. Waikiki Beach is the place you dream of, the place you see on postcards and the epitome of all of Hawaii.

Along with sunbathing, swimming, and water sports galore, there are also plenty of opportunities for shopping along the Waikiki Beach Walk (Tiki souvenirs are cheesy, but you can’t leave Hawaii without one!), and plenty of restaurants to sample some traditional Hawaiian cuisine such as loco moco and lau lau. 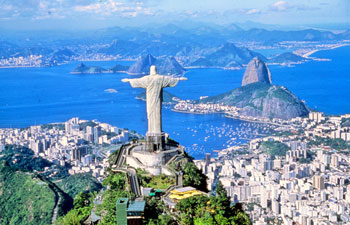 Rio tends to have a bit of a reputation as a party town, in part due to the energetic and somewhat debauch Carnival, but if you’re not a big partier, that doesn’t mean Rio de Janeiro isn’t for you. In fact, Rio is actually a fascinating city, deeply rooted in history and religion, and the early influences of Catholicism are evident throughout the city.

Of course, when your ship docks into Rio, one of the first things you’ll see is the looming statue of Christ the Redeemer, which stands tall at 700 metres at the top of Corcovado Mountain.

Visiting the statue, whether you’ve an interest in religion or not, is a must-do activity, as it commands amazing views across Guanabara Bay. Back at sea level, no trip to Rio is complete without a trip to the infamous Copacabana Beach. Busy throughout the year, this stretch of sand is overwhelmed with tourists over the festive period, playing host to the biggest New Year’s party in the city, and one of the largest in the world! 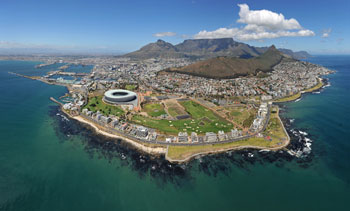 Many ships dock along, or near the Victoria and Alfred Waterfront, which is a perfect location for exploring the city. If you’re looking for an organised excursion that’s suitable for the whole family, consider a trip across to Robben Island. Once home to some of the world’s most controversial political figures, including Nelson Mandela,

it is today a popular tourist attraction that has something for everyone – history and fascinating facts for the adults, and an array of African penguins for the kids.

For great views, take the cable car to the top of Table Mountain (or climb if you’re feeling brave!). It’s a great place to take photos across the city, sit back with a glass of South African wine, and see the bizarrely cute rock rabbits hopping about.

If you want to pick up a few bottles of wine to take back home with you, there are a number of wineries on the V&A Waterfront. They tend to be a little more costly than some of the other wineries, but they’re very accessible from the port.

Not everyone is fortunate enough to have the time or the means to cruise around the world, but if you are one of the lucky ones, you’ve got to do it right!

Choose your itinerary wisely to take in the absolute best the world ports have to offer, mixing it up between beautiful beaches, different cultures, historical sites and family-friendly activities. A world cruise is something you’ll remember for the rest of your life, so enjoy it!