These Are The Five Best Beaches in Antigua It is no secret that Antigua has a beach for every day of the year and choosing between all 365 can be a difficult task for anyone hanging out in the popular port of call for a day. Fortunately, P&O Cruises has revealed that new ship Arvia will spend the night in Antigua as part of new launch season itineraries in winter 2022, so we decided there was no better time to get the rundown on which beaches are worth your bucket and spade time.

Here are our favourite five beaches in Antigua, all of which are within easy reach of the island’s most popular ports.

Jump on the number 22 bus from St John’s and head off on the 20-minute journey to Valley Church Beach. This sandy stretch of the west coast is widely regarded as one of the best of all 365 beaches in Antigua. Many stumble across Valley Church Beach on route to the nearby Jolly Beach, which is always far busier. That said, word has got out and Valley Church Beach isn’t quite as quiet as it once was, though this has meant the arrival of some much-appreciated features including an open air restaurant that has become famous for its rather strong rum punch. 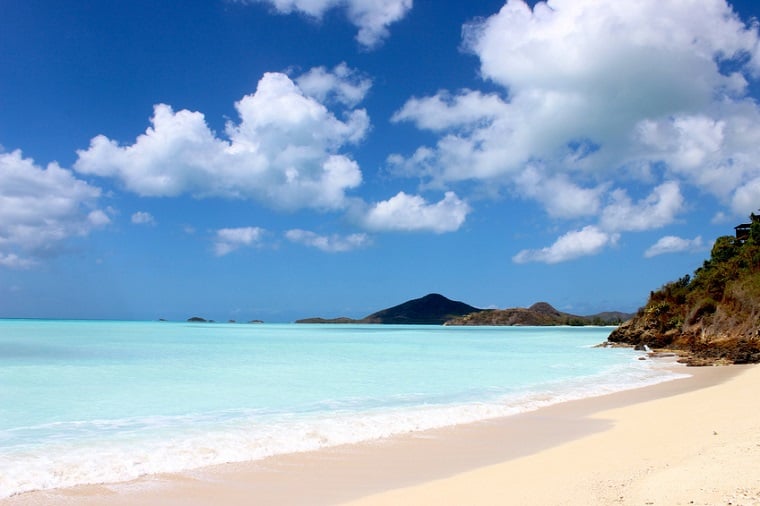 Buses from St John’s run regularly to Darkwood Beach, which sits on the southwest of the island. The beach is loved by locals, particularly on a weekend, which is always a good sign in our eyes. Aside from weekends, Darkwood Beach is largely very quiet, its mile-long sands featuring little more than a charmingly ramshackle beach bar. The waters here are immaculate and the marine life inquisitive, making it a snorkeler’s paradise.

Just along the coast from Darkwood Beach are the sugar sands of Ffrye’s Bay, where little other than a driftwood log will disturb your strolls along the sand. The beach is your stereotypical Caribbean paradise, leading to it becoming something of a hot spot for high fashion photoshoots. Whilst the thought of sharing the sands with a bikini-clad Heidi Klum might fill you with dread, the chance of afternoons spent amidst stunning sun-struck scenery make it a risk we’re willing to take. Located just 15 minutes from the Antiguan capital of St John’s is Dickenson Bay, one of the island’s liveliest beaches. If you prefer your beach time packed with watersports, boat trips, beach bars and fun for the family, this is your place. When the action gets old, stroll the couple of miles along the water’s edge to nearby Runaway Bay. This serene spot is a real island escape but lacks any facilities at all, so make sure you’re fed and watered in Dickenson Bay before making the trip over. 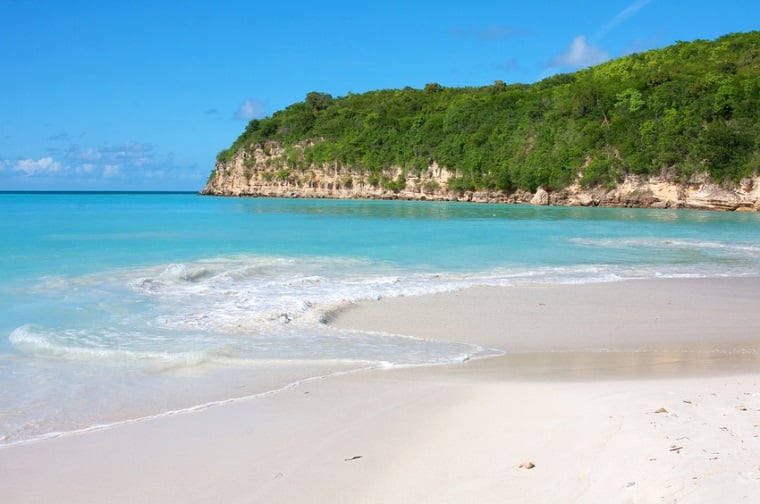 Okay, so Pink Beach isn’t actually in Antigua, but we couldn’t round up our favourite beaches in this part of the Caribbean without mentioning it. Many day sailings depart from Antigua to Barbuda, including some run by the cruise lines themselves, and this is one beach that you just have to tick off your Caribbean cruise bucket list if you’re in the vicinity. The sands of Pink Beach are as rosy as their name suggests, lapped by the vivid blue waters of the Atlantic to create an Instagram-worthy contrast. There are eight miles of sands to explore in total, each footstep falling on tiny peachy-pink particles of crush coral.

Which of Antigua’s beaches have you sunk your toes into the sands of and which will you be headed for when Arvia arrives in the Caribbean in 2022? Let us know! One Response to These Are The Five Best Beaches in Antigua