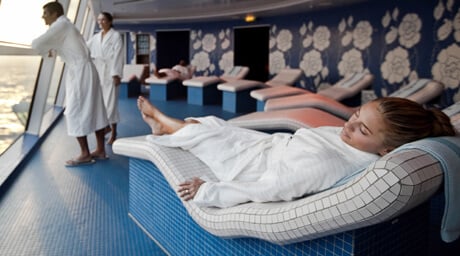 Fully equipped on board spas are integral parts of any cruise. Whether it’s a chilly sea day in Alaska or after a busy day exploring the cities of the Mediterranean, an hour or two being pampered head to toe can be just what you need. Wondering which cruise ships boast the best spas at sea? Here are six that we really think are worthy of a mention. 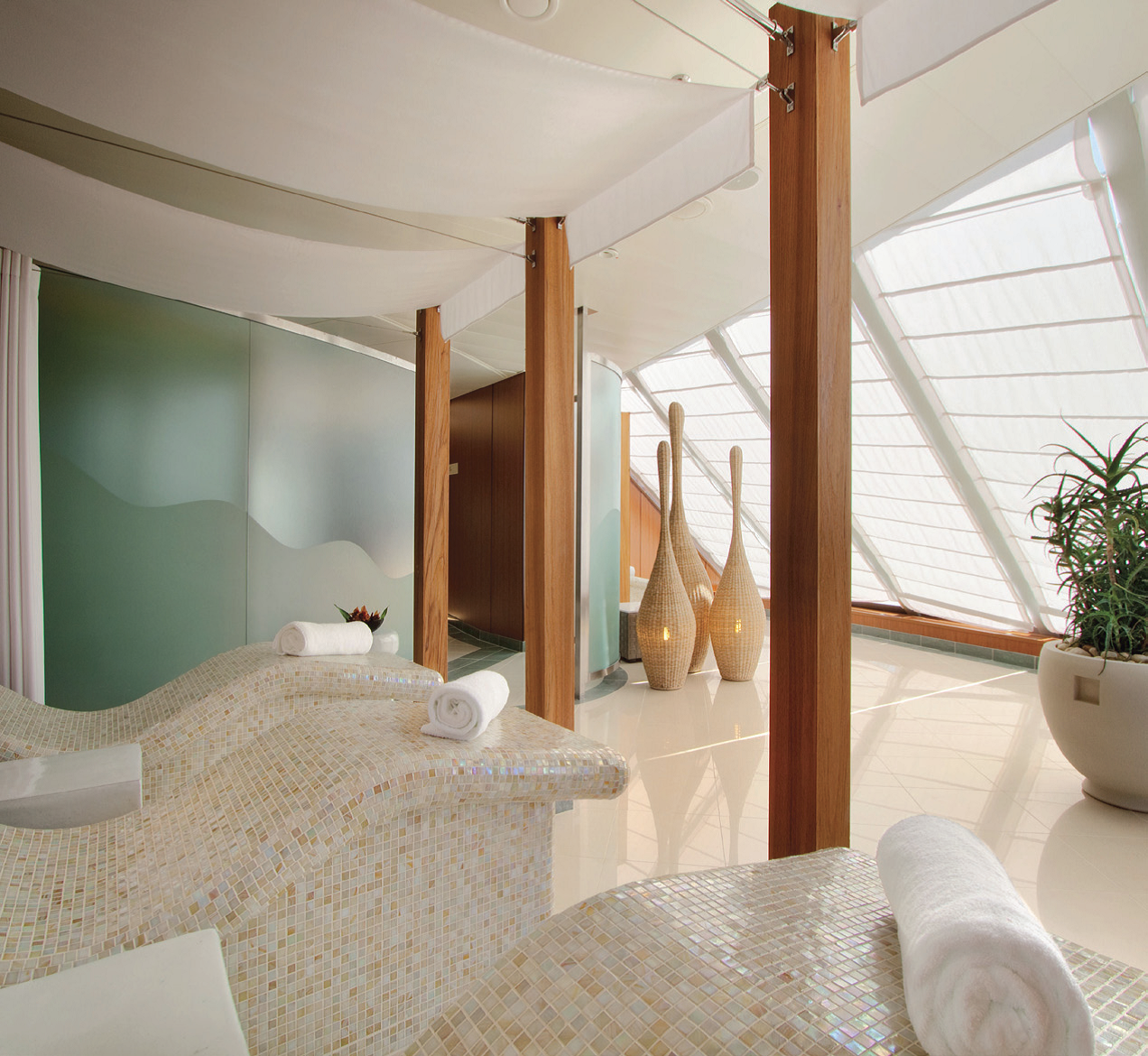 Canyon Ranch Spa is based in Tucson, Arizona, and operates a number of luxurious spas at sea on some of the world’s most magnificent cruise ships. One of the most popular facilities at a Canyon Ranch Spa is the thalassotherapy pool which offers bathing experiences in mineral-rich waters designed to cleanse the body and create a mild detoxifying effect. Currently, Canyon Ranch Spa can be found on Regent Seven Seas’ Voyager, Mariner, and Navigator, and Oceania Cruises’ Regatta, Nautica, Marina, and Riviera. The largest of the spas, covering 20,000 square feet, is on board Cunard’s Queen Mary 2. Recently Celebrity Cruises announced that their AquaSpas will be replaced by Canyon Ranch Spas, with Celebrity Century being the first to boast these prestigious facilities in March 2014.

The Lotus Spa is incredibly popular as it offers both standard spa treatments and those that are more advanced. For example, facials, stone massages, and body 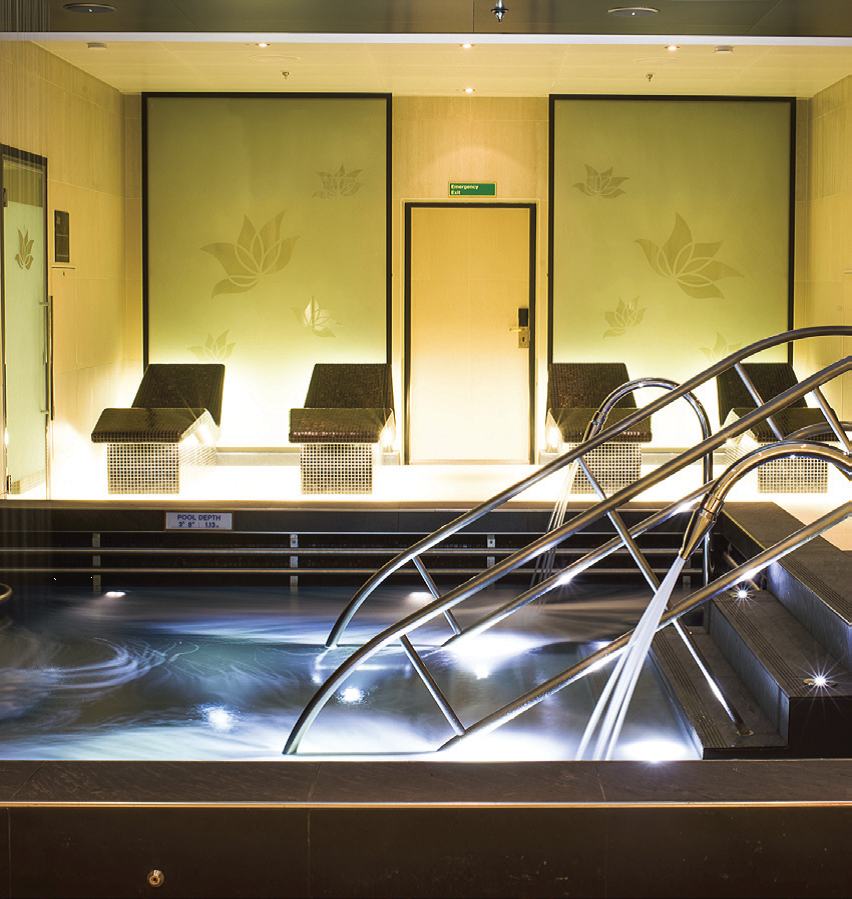 wraps are on the menu, along with acupuncture, Botox, and Perlane treatments
for tackling imbedded laughter lines. The Lotus Spa is closely associated with on board fitness facilities, providing personalised fitness programmes consisting of core, balance, and strength workouts. The Lotus Spa features on all vessels operated by Princess Cruises, including the two smaller ships, Ocean Princess and Pacific Princess. The spa often combines perfectly with the excellent Princess Cruises Sanctuary, the perfect place to relax and unwind on board. The Sanctuary offers an adult only area for pure indulgence.

The Vitality Spa is provided by Steiner Leisure – an experienced company that
offer health and relaxation services all around the world in cruise ships, aeroplanes, and in luxurious 5* resorts. With the introduction of new ships in the
near future, Vitality Spa is expected to become bigger and better than ever before. Currently, Vitality Spa offers thermal pools, relaxation rooms, and treatment rooms offering a range of massages, facials, and hot stone treatments 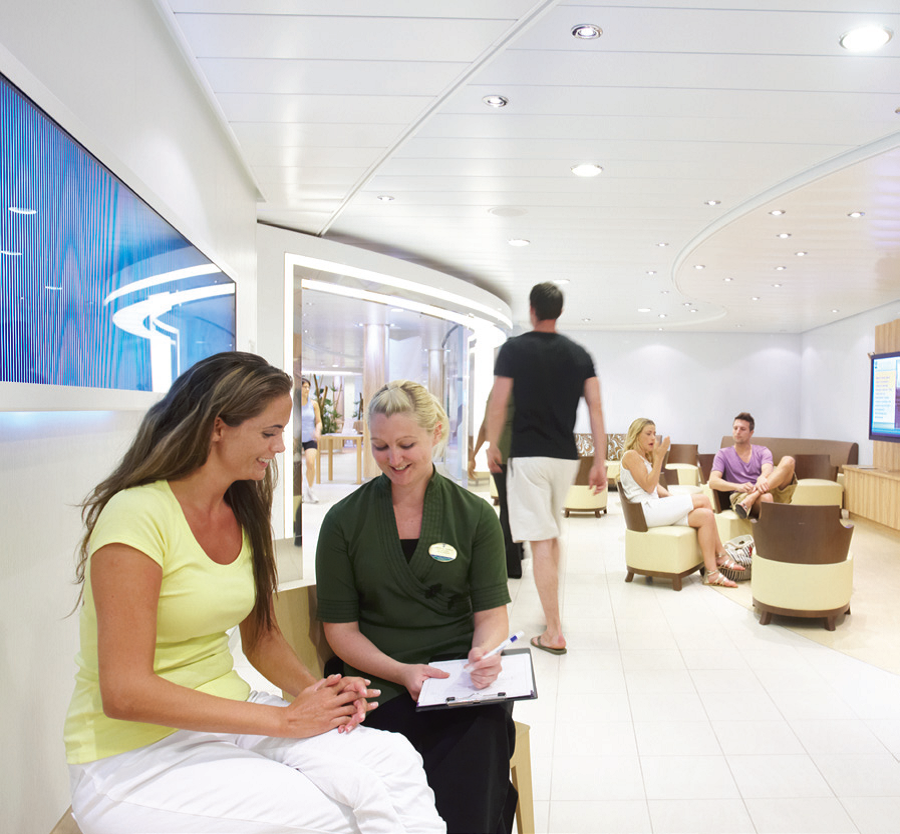 for ultimate pampering. With Quantum of the Seas and Anthem of the Seas to set sail in 2014 and 2015 respectively, Vitality Spa is dedicated to providing new and improved facilities that will make these ships even more impressive. These facilities will include the world’s first ‘technogym’, a FlyWheel cycling studio, and more treatment rooms than ever before.

Mandara Spa is a huge, global company providing spas not only at sea, but around the world, at opulent holiday resorts everywhere from the Caribbean to the United States and United Arab Emirates. Mandara Spa adapts their treatments to specifically suit cruise passengers. At sea, Mandara Spa boasts between three and 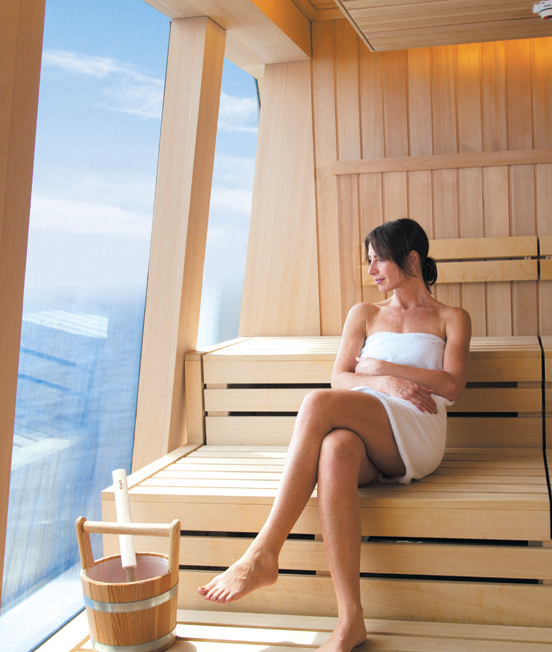 eleven treatment rooms per ship, as well as a number of steam rooms and saunas. Mandara Spa use Elemis products in their on board spas, meaning passengers can recreate the luxurious experience at home and enjoy the aspects of the spa even once the voyage is over.Mandara Spa facilities are available on all ships within the Norwegian Cruise Line fleet, including the newest ships – Norwegian Breakaway and Norwegian Getaway. The spas combine with Norwegian Cruise Line’s ‘The Haven’ concept, a venue designed to perfection for ultimate relaxation.

Let your worries dissolve as The Oasis Spa cultivates your entire being with
opulent spatherapies and state-of-the-art facilities that nurture mind and body to leave you feeling energised and revitalised. Think of the Oasis Spa as your
personal sanctuary, your very own respite. Whether you choose to enjoy a treatment or two or just relax in the rejuvenating surroundings, we promise you will emerge rejuvenated and renewed. Popular features include the beautiful 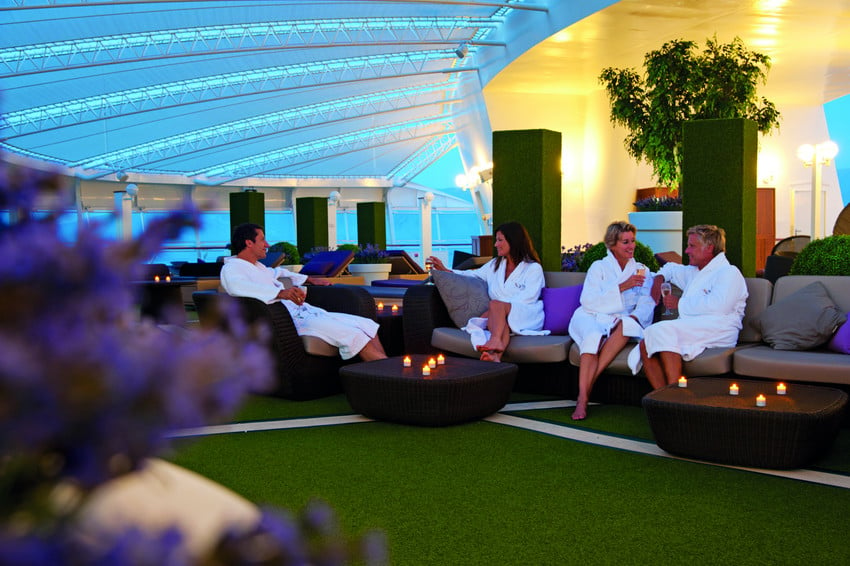 Relaxation Lounge, Thermal Suite, Scrub Bar Experience, Hydro-Pool and of course the hugely popular Retreat. Available on Azura and Ventura, The Retreat is an exclusive child-free space. Here you can relax in solitude or with a friend. Dip in the private pool and let all worries dissolve. You can bring a book or you can also opt for one of the al fresco spa treatments in a private cabana.