Wacky Wildlife of the Galapagos Islands 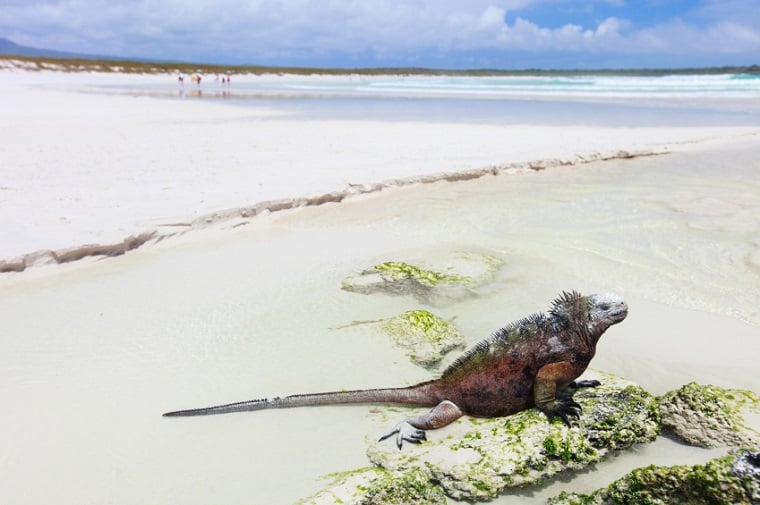 Once upon a time, people believed that cruising could only show you cities and beaches. But times have changed and there’s barely a place on the planet beyond the reach of a ship, including the land of Darwin. Discover flora and fauna found nowhere else in the world; lagoons littered with bright pink flamingos; rocks populated with scores of iguanas and rainbow-bright crabs; other-worldly volcanic landscapes and expansive white beaches…straight from your ship. 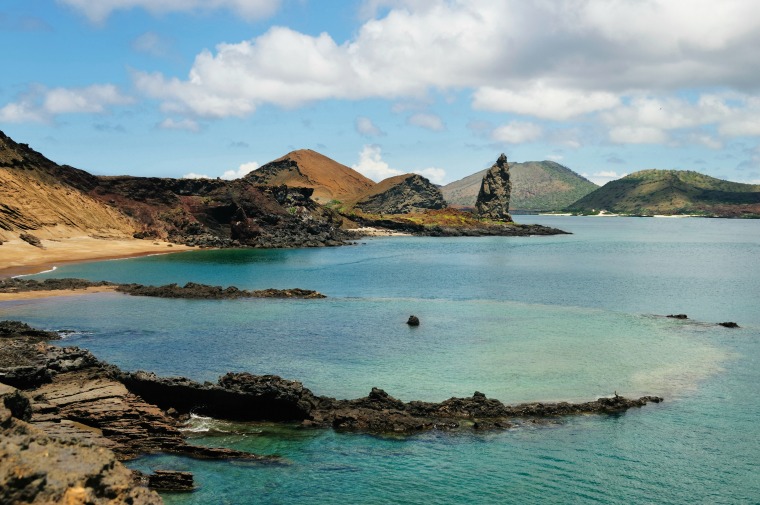 You’re never too old for a naughty name to tickle you. The blue-footed booby takes its name from ‘bobo’, the Spanish term for stupid, given to the bird thanks to its clumsy manner of waddling on dry land. Male blue-footed boobies take great pride in their bold blue hue; the bluer the feet, the more attractive the bird is considered to prospective mates. A high-stepping strut attracts female boobies (sorry, stop laughing) and once chicks have hatched both mum and dad share parenting responsibilities. Both attractive and functional, the large webbed feet of the male blue-footed booby are used to cover young and keep them warm.

The Galapagos Islands are home to around half of all breeding pairs of blue-footed boobies. 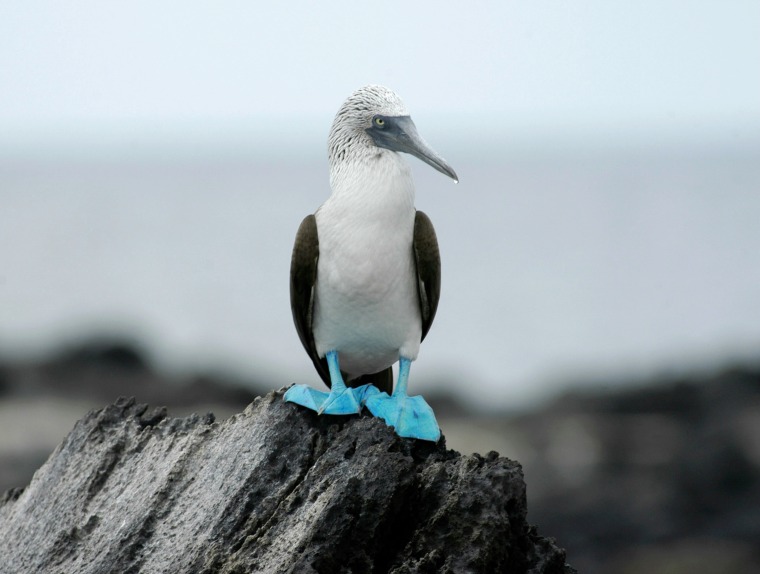 Found only in the Galapagos Islands, marine iguanas were once described by Charles Darwin as ‘most disgusting and clumsy lizards’. The prehistoric creatures frequently sneeze to expel salt from glands near its nose, with the salt often landing on its heads and giving it a distinctive white wig. Darwin might not have been far wrong in his estimations of the Galapagos native after all!

The marine iguana can dive to a depth of 9 metres and lives on underwater algae and seaweed. They are found in large numbers on the rocks that border the sea’s edge and vary in colour depending on age. 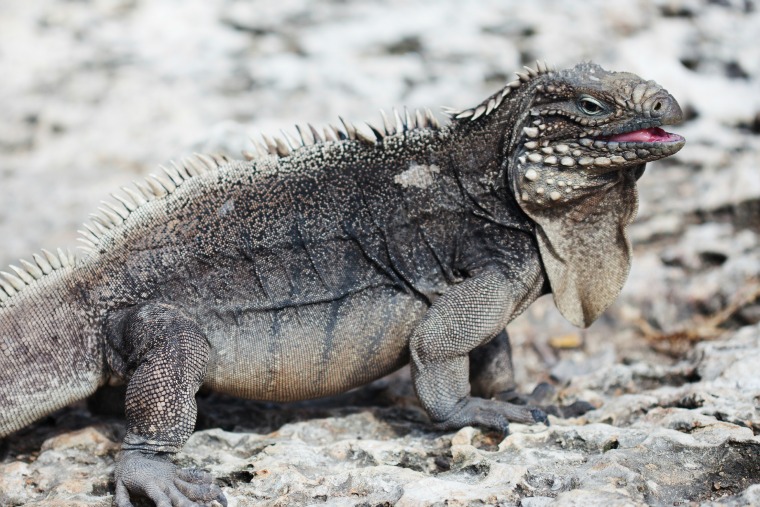 The Sally Lightfoot Crab lives in perfect harmony with the marine iguana, sharing rocks and even cleaning ticks from the lizard’s skin. The bright, rainbow coloured creatures are a favourite with photographers, but getting a good picture is easier said than done; the nimble crustaceans are incredibly fast and disappear in a puff of colour when approached quickly. 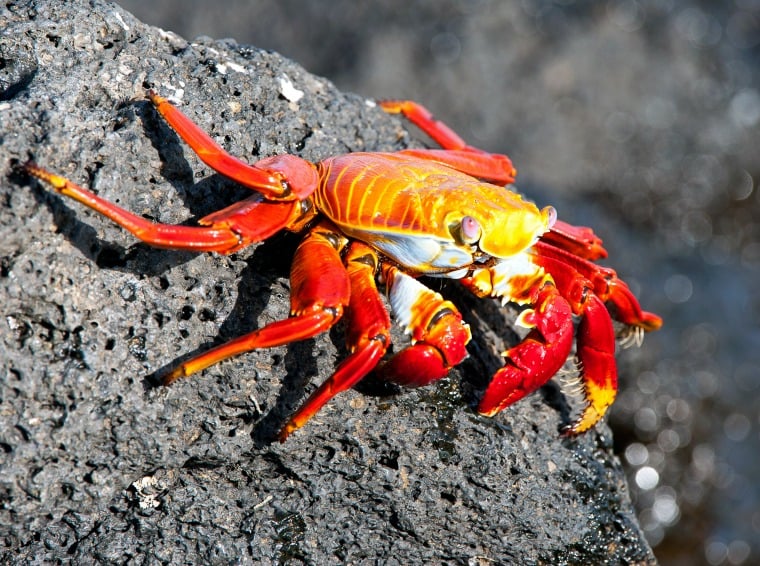 The Galapagos Islands are home to around 1000 Magnificent Frigatebirds and all colonies on the island are considered extinct elsewhere.

The large seabird can soar to 2,500 metres and is known for its kleptoparasitism, regularly harassing other birds to regurgitate food for its consumption. Breeding males are difficult to miss thanks to a bright red gular pouch that inflates like a balloon to attract a mate. 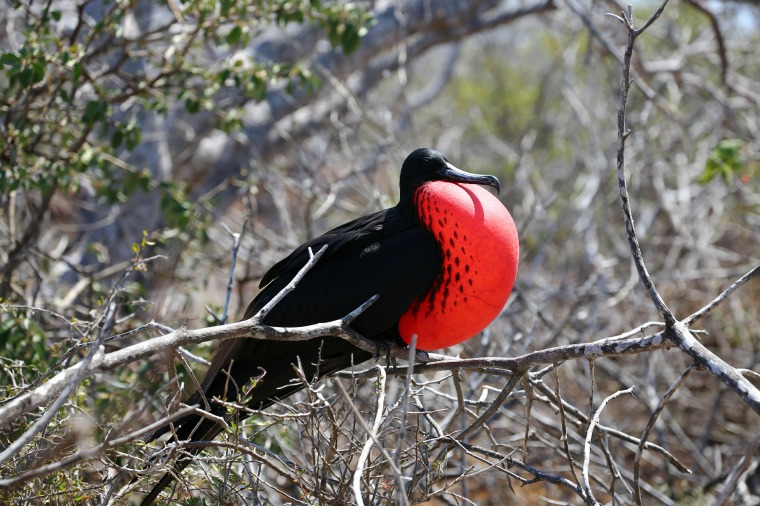 The Galapagos Islands were actually named after the abundance of tortoises found on the archipelago and are now home to the largest living species of tortoise in the world; some exceed 1.5 metres in length and 250kg in weight! The average Galapagos tortoise lives to around 100 years old, though the oldest on record was 152. The endangered species sleeps for up to 16 hours a day and can survive a year without eating or drinking a thing. 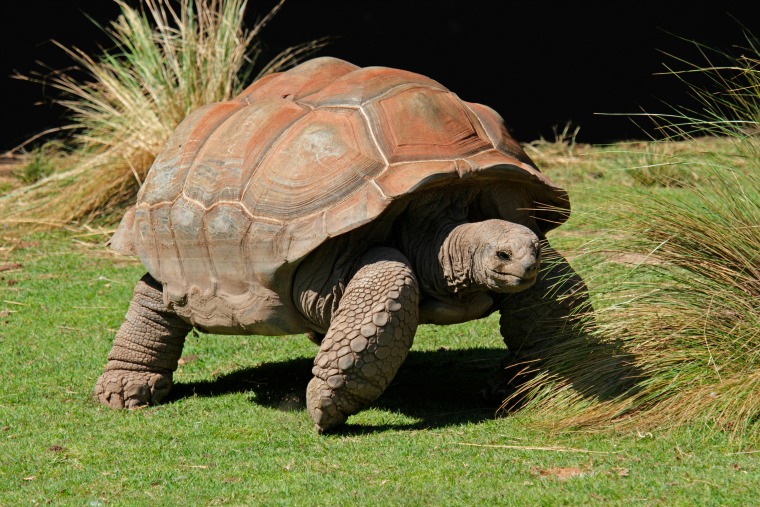 Once-in-a-lifetimes don’t come much bigger than this; are the Galapagos Islands calling your name? Find adventure here.