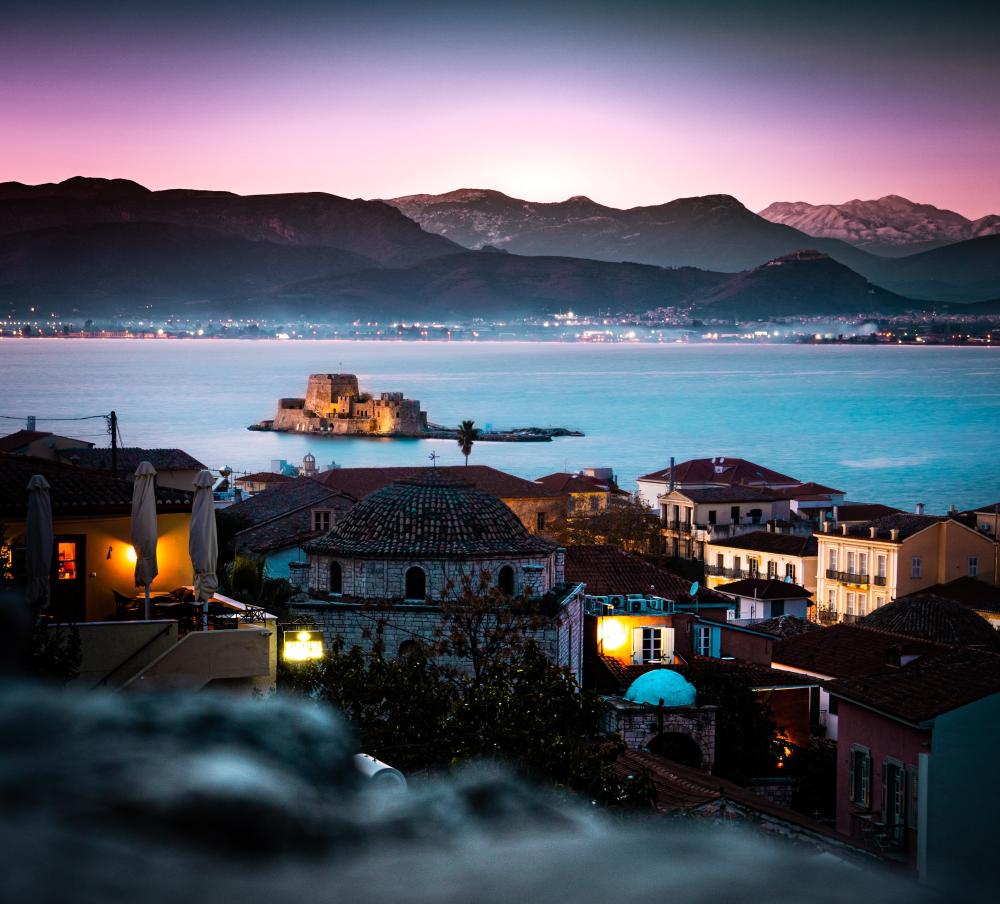 Cruising is all about discovering those destinations you can’t wait to return to time and time again – and among them is the little-known town of Nauplion in Greece. We know what you’re thinking. Greece has literally hundreds of places to visit, so what makes Nauplion so extra special? You’ve come to the right place.

Celebrity Cruises first introduced the port of call to its Celebrity Edge itineraries in 2019. Also known as Nafplion or Nafplio, the tiny town is dubbed the most romantic destination in Greece, bringing stunning beaches, ancient ruins and crowd-free tranquillity within easy reach.

A Different Side to Ancient Greece

Nauplion lies the heart of the Argolis region. The little-known seaport town is just a couple of hours from Athens but having served as the capital of modern Greece during the early 1800s, it has a history and culture all of its own. For those who have done the Parthenon and Acropolis more times than they care to remember, it promises alternatives that are equally impressive but minus the swarms of camera-toting tourists. Some of Greece’s most awe-inspiring and important UNESCO sites are within a few miles of Nauplion. Among them are Corinth, Mycenae and Epidaurus, once known as the Sanctuary of Asklepios. It’s here that you’ll also find Epidaurus Ancient Theatre, famous for its natural acoustics.

Nauplion: Not Just Another Old Town

Few European destinations are without a beguiling old town, but Nauplion’s will stick in your memory for years. There’s something charming about its narrowing network of alleyways, where fuchsia bougainvillea creep up and over the surrounding walls and the smell of jasmine swirls the air. Nauplion has not one but two Venetian castles, both of which glare down over the old town as any self-respecting ancient fort tends to. Both Palamidi and Acronafplia are equally dramatic but the all-encompassing views from the top of Palamidi’s 999 steps make it the must-see of the two. Throw neoclassical mansions and a cosmopolitan promenade into the mix and Nauplion’s old town will have you hooked. 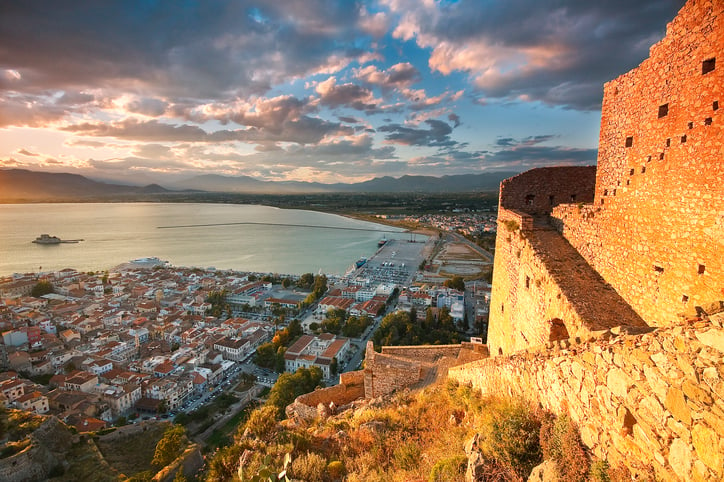 Head Out of Town

You’ll never be short of things to do in Nauplion, but some of its star attractions are located just outside town. Drive out half an hour to the beaches of Kastraki or Tolon, two glorious stretches of white sand washed by crystal seas. A 45-minute journey in the opposite direction will see you reach the wine regions of Nemea, where the winemaking history spans more than 3,500 years. Home to Greece’s most-important red wine appellation, the region surrounding the tiny ancient village of Nemea is home to around 40 wineries, each with a jaw-dropping view of its own. There’s no better place in Greece to sit back with a good glass of red and take in the scenery.

Celebrity Cruises were trailblazers when it came to cruising to Nauplion, but as is often the way with any great destination, it didn’t take others long to follow suit. These days, you can take your pick of a number of cruise lines that will take you directly to this idyllic Greek island.

Silversea, Azamara, Holland America Line and Seabourn are just a few of the options if you’ve got your heart set on visiting this romantic town. Celebrity Cruises realised they were on to a good thing and still sail there, too.

If Nauplion has made it on to your must-see destination list, take a look at these cruises to start planning your cruise holiday.

Nothing we can find here yet