Holiday like the Stars: The Top Celebrity Influenced Travel Destinations

You’d be forgiven for thinking the jet set lifestyle of most A-list celebs would mean they’re essentially always sort of on a holiday – but you’d be mistaken.

Even the biggest and brightest stars of music and the movies need an opportunity to get away from the limelight and enjoy a little time to themselves. Despite their best efforts though, the paparazzi still manage to provide us with info about where top celebs have headed on their respective travels – but what’s more interesting is how big an influence this can be on our plans.

As providers of quality cruises to destinations all around the world and as experts in the holiday industry itself, we’ve noticed that celebrities are causing an increase in popularity in the places they’ve been on their jollies.

Read on to find out which celebs are having the biggest influence, as well as how we went about sourcing our insider travel gossip! 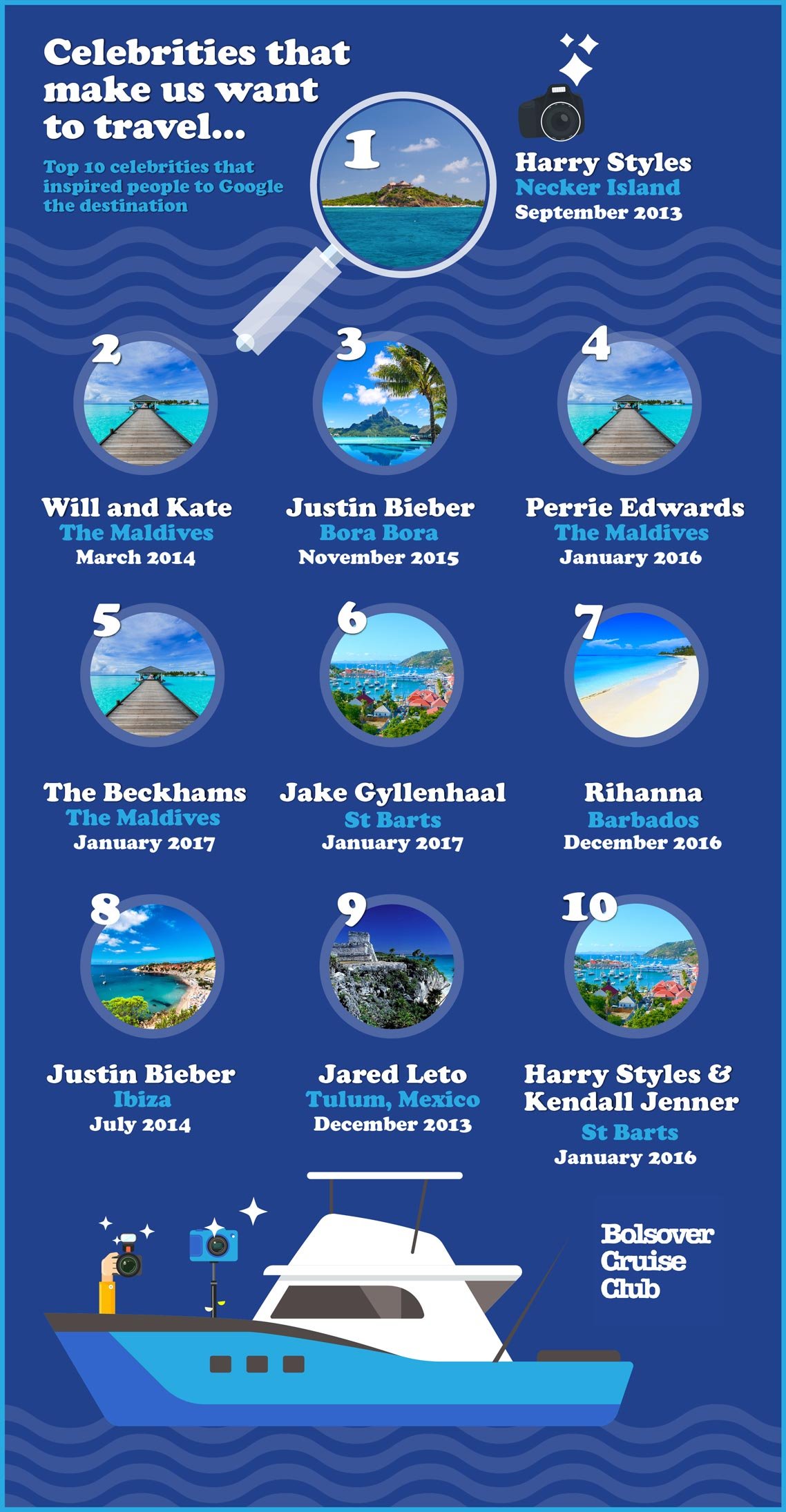 We didn’t need to employ any paparazzo-style techniques to find out where some of our favourite celebrities have been heading, the magazines and tabloids had done all this for us.

Instead, we just looked back over some of the biggest stories in recent years including Will and Kate’s exploits in the sun, as well as what popstars like Justin Bieber and Harry Styles have been up to when they wanted to get away from it all.

Then, armed with this knowledge we analysed Google Trends data to compare the proportional significant increases in searches for the locations mentioned in these stories following celeb visits.

But, which celebs and which destinations proved to be the most popular?

We managed to narrow our results down into a top 10 and to give you a little taster of what we found, our data revealed:

• Two famous popstars had an influence on the popularity of not one, but two locations
• All but one of the top locations is on an island
• The Caribbean features twice
• One of these destinations is featured in our top 10 three times

Check out our graphic to get a full rundown:

In the latter part of the graphic, you can clearly see that there were significant spikes as details of where our chosen superstars were holidaying became clear to the public. We really do love them, don’t we?! 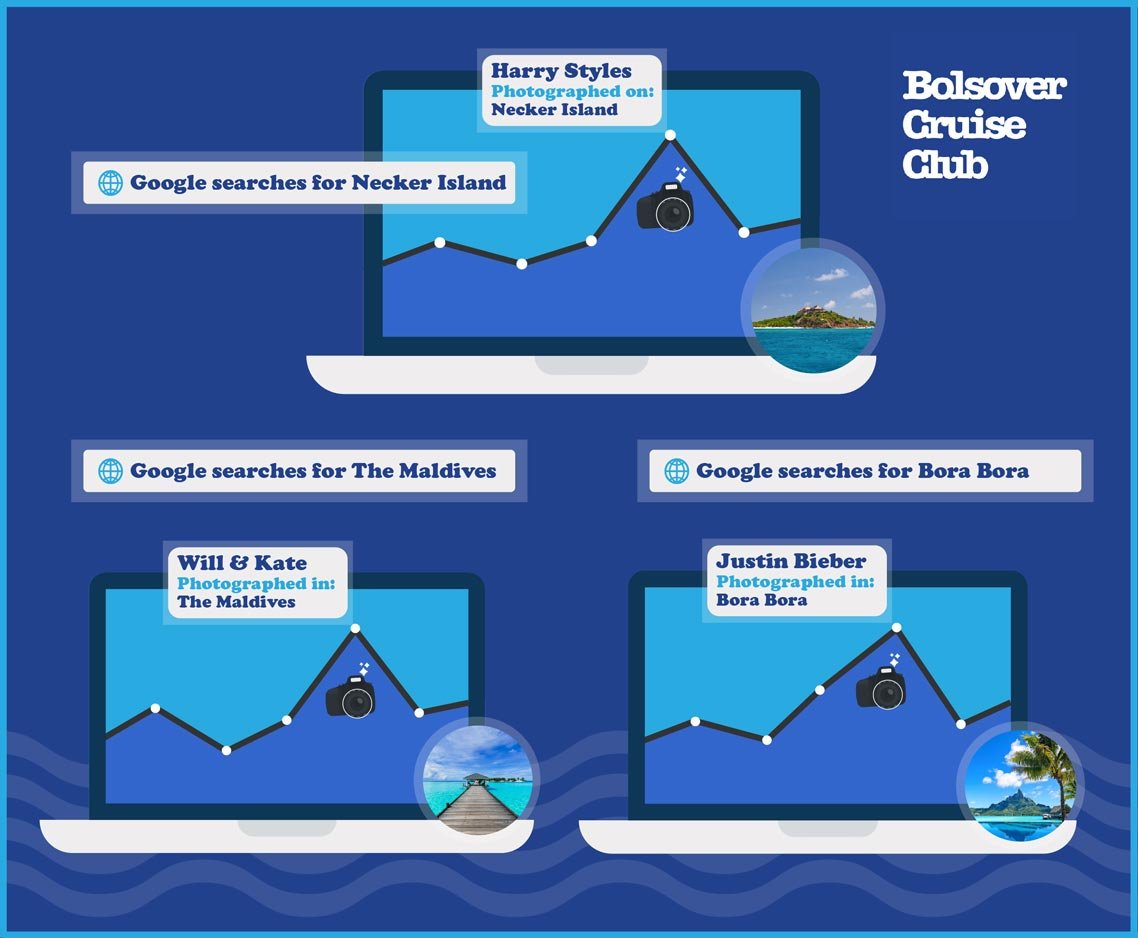 If our top 10 has left you wanting a taste of what the glitterati enjoy on their travels, then make sure you take a look at our cruises, as we offer trips that can take in a variety of stunning and exotic destinations.